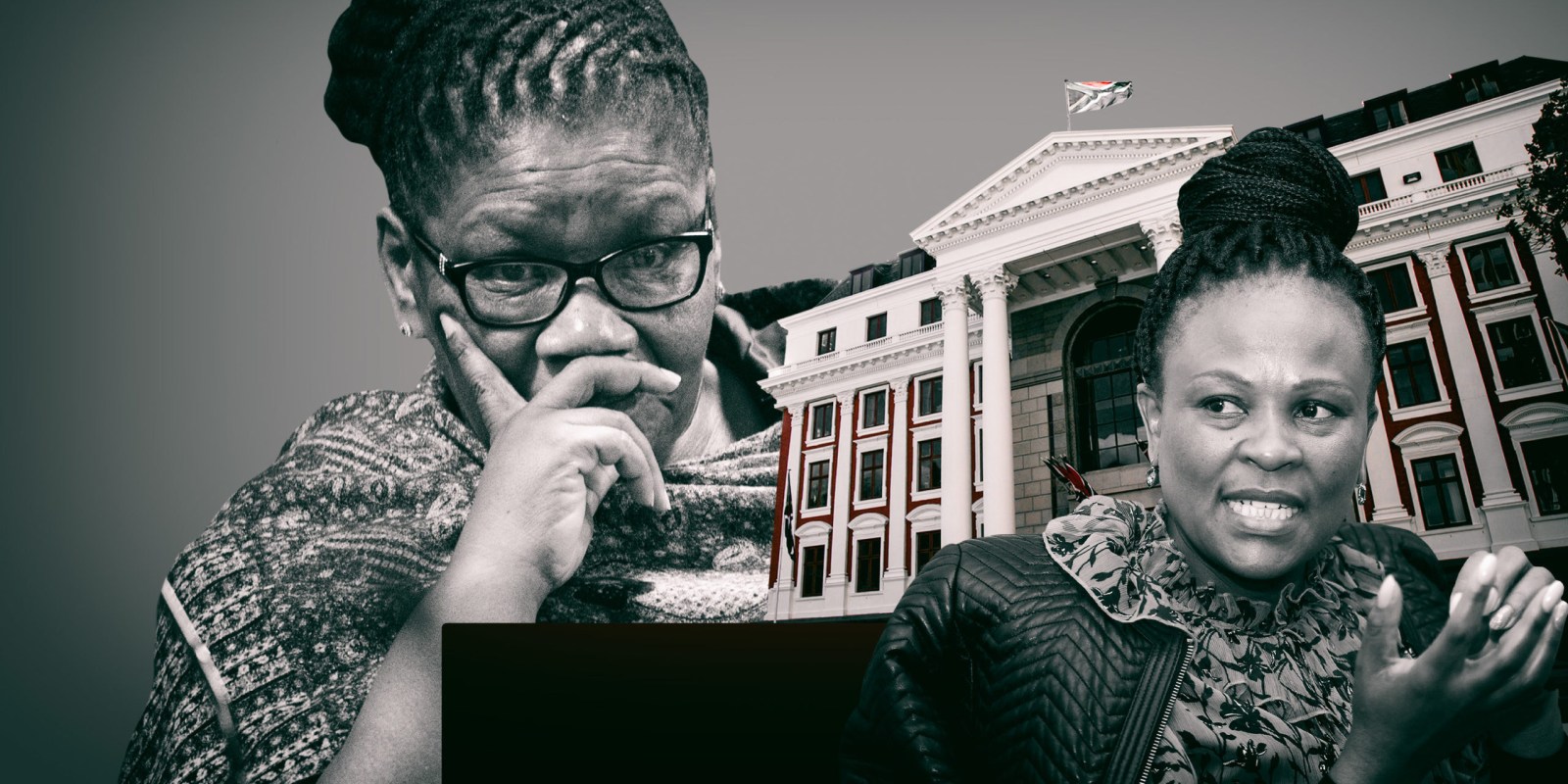 On the day Parliament’s Section 194 inquiry set January 2022 as a provisional deadline to consider the fitness for office of Public Protector Busisiwe Mkhwebane, the Western Cape High Court dismissed her challenge to the validity of the impeachment rules.

In an unprecedented move, the Western Cape High Court rewrote two parts of the parliamentary impeachment rules that Public Protector Busisiwe Mkhwebane had challenged, even though overall the rules were deemed valid.

The impact of Wednesday’s judgement could extend well beyond Mkhwebane’s impeachment inquiry – effectively the door has been opened to the involvement of lawyers, instead of only the public office holders who are legally and constitutionally accountable to Parliament.

It has not happened before that judges rewrote parliamentary rules or determined proceedings. Yes, some rules have been found unconstitutional or missing in action, like those on motions of no confidence, but the courts have always given Parliament time to fix its rules. That’s because Section 57 of the Constitution states that Parliament “may determine and control its internal arrangements, proceedings and procedures and make rules and orders concerning its business…”

But the full bench led by Judge Elizabeth Baartman deleted “provided that the legal practitioner or other expert may not participate in the committee” from Parliament’s Rule 129AD, leaving it to state that the Section 194 impeachment inquiry “must afford the holder of a public office the right to be heard in his or her defence and be assisted by a legal practitioner or other expert of his or her choice”.

This potentially opens the door to lawyers, or other experts, speaking to legislators on behalf of a public office bearer, be it a minister, public protector or a general. This would be unprecedented.

Parliament spokesperson Moloto Mothapo said the national legislature is studying the judgment with a view to determining grounds for appeal.

In the legal wrangling between the Public Protector and Parliament, Wednesday’s high court judgment has provided the gap for Mkhwebane to yet again call for an end to the Section 194 inquiry into her fitness for office on grounds of incompetence and misconduct.

That response came quickly, with a call to immediately stop the impeachment inquiry.

“The present process must be halted with immediate effect. To continue on the basis of the old unamended and partly unconstitutional rules, as if nothing has happened, would constitute an attack on the authority of the courts, the rule of law and the constitutional rights of the Public Protector,” Mkhwebane said in a statement.

“The National Assembly should take the opportunity to rectify other weaknesses identified and criticised by the court, including those which may not necessarily have been declared unconstitutional at this stage. Any rushed process can only result in another wasteful, flawed and illegal outcome.”

Her call is based on the judgment’s other rule rewrite – that a retired judge may not be part of the initial independent panel to assess if there was a case to be answered.

Retired Constitutional Court judge Bess Nkabinde headed the independent panel – including advocates Dumisa Ntsebeza and Johan de Waal – which recommended in late February that there were grounds for the National Assembly to proceed to a Section 194 inquiry on grounds of incompetence and misconduct (read here).

The Western Cape High Court judgement found that while there may be a place for a judge in a panel, this was not one of those instances.

“As of late, the judiciary has come under attack for being partisan to political parties of factions. Judicial involvement in this process feeds into that narrative. I do not suggest that it is time for judicial officers to retire to ivory towers. I do, however, suggest that the judiciary would be well advised to steer clear of a process so politically charged in which its involvement adds no value other than expediency.”

And so the judges removed “which may include a judge” from Rule 129E to rewrite it thus, “The panel consists of three fit and proper, competent, experienced and respected South Africans who collectively possess the necessary legal competence and experience”.

Mkhwebane’s argument on Wednesday was that because a retired judge – Bess Nkabinde – was part of the panel that recommended Parliament should proceed with an impeachment inquiry, the entire process is flawed.

This argument ignores that the House had approved the Section 194 inquiry with a vote of 275 for, 40 against and one abstention (read here).

That’s part of how Parliament conducts its business, and part of the internal arrangements the national legislature determines in line with its constitutional responsibilities.

Those constitutional responsibilities include accountability, which had been a key reason – along with public interest – that in October 2020, Judge Vincent Saldanha dismissed Mkhwebane’s attempt to interdict the impeachment inquiry (read here).

On Wednesday, the inquiry into Mkhwebane’s fitness for office continued from where it left off last week when ANC MP Richard Dyantyi was elected unopposed as chairperson (read here).

Its draft programme would allow a month until 8 October for the Public Protector to submit her report, followed by hearings from witnesses and two days of testimony from the Public Protector herself. A draft report will be submitted to Mkhwebane for her response and input before a final report is tabled in the National Assembly in mid-January 2022.

Daily Maverick understands that a series of institutional and legal consultations will unfold from Thursday.

Parliament will have to decide whether to step back pending any appeal or to play hardball, leaving the Public Protector to interdict the continuing inquiry into Mkhwebane’s removal from office as allowed in Section 194 of the Constitution.

It will be interesting to see who blinks first. DM