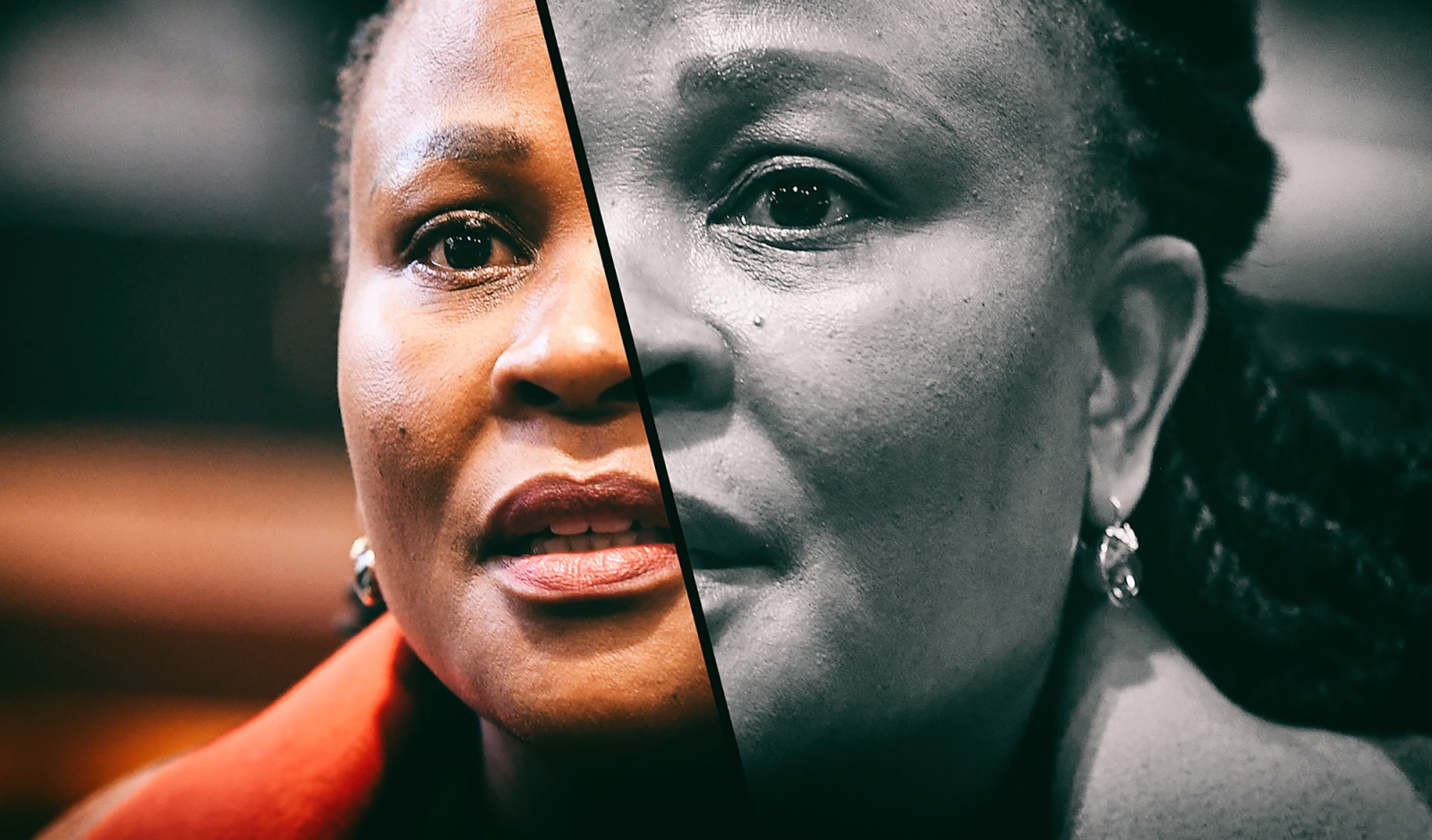 Parliament’s inquiry into Public Protector Busisiwe Mkhwebane’s fitness for office kicked off — as an exercise in MPs’ constitutional duty of oversight. But it’s never quite that simple and in no time, political undercurrents emerged.

“Please note, Malema here.” That came towards the end of the inaugural Section 194 inquiry committee meeting that elected ANC MP Richard Dyantyi as its chairperson, and allowed all political parties to make opening statements.

“I have nothing to say about this fishing expedition,” was the reply.

Then EFF MP Omphile Maotwe, who had remained silent when called to speak earlier, said, “I’m covered by the CIC [Malema]”.

Maybe the earlier divides on party-political lines, and pledges to follow the facts, evidence and due process were just too much kumbaya for Malema, whose political party has not infrequently picked up the cudgels for Public Protector Busisiwe Mkhwebane.

In a more nuanced statement, United Democratic Movement (UDM) leader Bantu Holomisa said, “There is no doubt in order to do a good job we have to apply a non-partisan approach to find a lasting solution.” He went on to request a report on how many cases Mkhwebane’s office had handled, how many went to court and how many had been lost by the Public Protector.

Such numbers would show a minute percentage of the more than 24,000 cases the Public Protector deals with in any year that end up in disputes, including court cases. And it may well be that Mkhwebane won some of those taken on review.

But the numbers report would be a deflection, albeit a politically clever one. The yardstick would be to do a comparative analysis of previous Public Protectors: Thuli Madonsela, Lawrence Mushwana and Selby Baqwa.

What the statements from Malema and Holomisa signalled from the one side was countered by the DA, whose Chief Whip, Natasha Mazzone, in February 2020 submitted the complaint motion that gave rise to this Section 194 inquiry committee.

“We trust this process will be done in an absolute independent process. We are very aware of the historic importance of this committee… SA and the rule of law should be primary,” said DA MP Annelie Lotriet.

And in a nutshell, those are the “extremes” of blunt positions against and for Mkhwebane’s removal from office that Dyantyi earlier had cautioned against.

That Dyantyi was elected chairperson — unopposed — came against the widespread expectation of ANC Deputy Chief Whip Doris Dlakude taking the post. However, her duties as second-in-charge of the governing party’s parliamentary caucus may have put a stop to that.

It was important, however, that Dlakude nominated Dyantyi as inquiry committee chairperson, seconded by ANC MP Mondli Gungubele. Both Dyantyi, who as a member of the parliamentary justice committee would have engaged with Mkhwebane on annual reports and the like, and Gungubele are understood to be among the solid Ramaphosa supporters in the ANC parliamentary caucus.

It may signal how the ANC has resolved the prickly issue of finding consensus on Mkhwebane among the various factions, including the Radical Economic Transformation grouping’s support for the Public Protector.

On Tuesday, the ANC’s Nokuzola Tolashe described vigorous oversight as a “tool designed by Mandela” and said this was not about individuals. “As ANC we put our trust in this committee.”

Not all political parties attended, even though in an unusual move all 14 represented in Parliament in May were given weighted voting rights after Holomisa intervened with National Assembly Speaker Thandi Modise.

Freedom Front Plus Chief Whip Corné Mulder highlighted this was the first time a head of a Chapter 9 institution established to support democracy in South Africa was facing a removal inquiry.

“It has huge implications. We are dealing with serious matters. We should follow the evidence and the facts, follow procedural fairness. As the FF+ we come to this process with an open mind,” said Mulder.

IFP MP Zandile Majozi agreed. “Hopefully, we will forget who comes from what organisation in order for us to come to a conclusion… that is rightful for Parliament.”

It has taken 17 months — and many tense political moments and court challenges — to get to this inaugural meeting of the Section 194 inquiry committee. The process leading to the inquiry’s establishment and inaugural meeting included the initial complaint, followed by an independent panel that ultimately recommended an inquiry on grounds of misconduct and incompetence.

By Tuesday, still outstanding was the judgment in Mkhwebane’s challenge against the parliamentary rules governing the potential removal from office of a Chapter 9 institution boss. Legal arguments wrapped up in early June, but it’s understood the judges have requested further information. (Read more here and here.)

That hearing was Part B of the initial interdict application, which the Western Cape High Court dismissed in October 2020, citing public interest and Parliament’s constitutional oversight responsibilities.

Mkhwebane has fought this removal inquiry not only in court, but also in correspondence with the Speaker, against whom she’s sought a personal cost order over claimed bias.

Asked for comment on the formal start of the impeachment inquiry, Public Protector spokesperson Oupa Segalwe told Daily Maverick: “The Public Protector has always participated in the Section 194 process as exemplified by the representations she filed with the independent panel at the beginning of the year. She will continue to do so until the process has been declared unconstitutional or otherwise suspended in terms of the law.”

Named after the section in the Constitution on removing heads of Chapter 9 institutions — it’s not only Parliament’s largest-yet committee, but also among its most senior. If political parties did not assign their leaders, then chief whips were sent to serve, or veteran MPs.

This signals the seriousness with which Parliament is treating this impeachment inquiry — a fundamental, if politically tricky, exercise of the legislative sphere of the state’s constitutional responsibilities.

“Let us stay focused on facts and evidence. There are no predetermined outcomes,” said Dyantyi. “This is a constitutional inquiry, not a judicial inquiry. Ours is an exercise in accountability.” DM