Speaker Modise strikes back at Public Protector, saying she acted properly and constitutionally 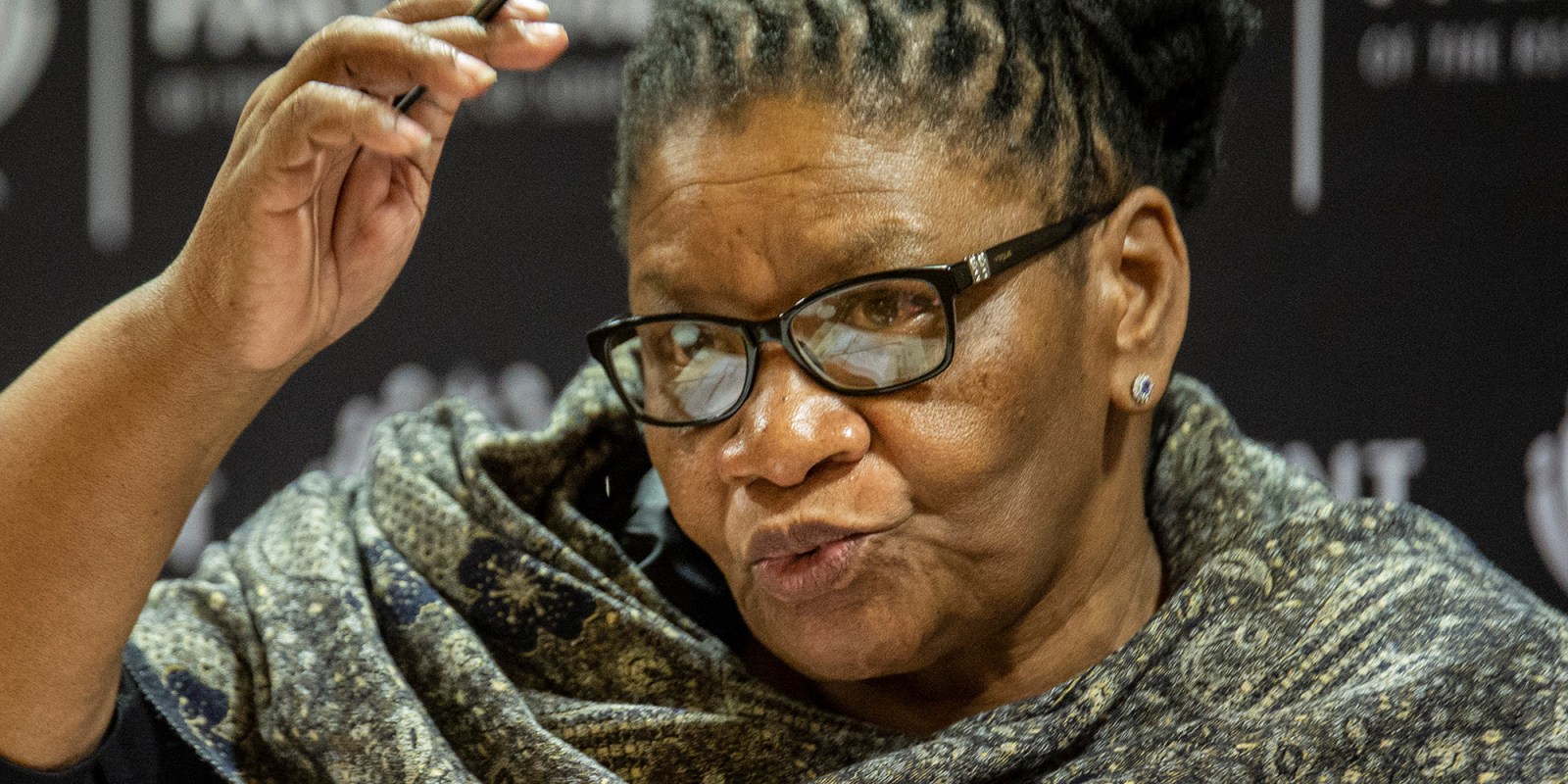 Removing a Chapter 9 institution head like the Public Protector from office is an accountability mechanism that Parliament has — and is entitled to exercise. This power arises not from a rule, but Section 194 of the Constitution, the Western Cape High Court heard on Tuesday.

In a nutshell, if it is accepted that Parliament has the constitutional responsibility of oversight and holding to account not only of the executive but all organs of state, then the national legislature has the right to determine how it exercises its powers and the space to do so.

Only if the rules are proved to be fundamentally irrational, arbitrary or unconstitutional could they be declared invalid and set aside. And that the Public Protector had not done, the court heard on Tuesday.

In her court papers, National Assembly Speaker Thandi Modise says Mkhwebane’s argument “mistakenly presupposes that the new rules themselves are a source of the National Assembly’s power to remove office bearers of Chapter 9 institutions on the grounds of misconduct, incapacity or incompetence. They are not. That power derives from Section 194 of the Constitution.”

And so it was correct for her to deem “in order” the motion calling for a probe into the Public Protector’s removal from office from DA Chief Whip Natasha Mazzone in February 2020.

No notice to Mkhwebane was required at that stage of the process. The parliamentary rules provide that the independent panel that is established to assess if there’s a case to answer — or the “first public step” in the impeachment process — would notify the Chapter 9 institution office-bearer, according to Modise’s advocate Andrew Breitenbach.

The right to be heard is provided for early in the process as the independent panel must provide all documents to the Public Protector, and also fully consider her responses.

Nor is an impeachment inquiry a change of conditions of employment, or a violation of fair labour practice enshrined in Section 23 of the Constitution. While Mkhwebane accounts to Parliament, the Public Protector is not an employee of Parliament, but an independent, constitutionally established state structure.

“The [National] Assembly is constitutionally empowered to decide on the accountability of the Public Protector to it,” argued Breitenbach, also dismissing claims for punitive cost orders against Modise.

“[Modise] has merely been performing her duties as required by the Constitution and the new rules.”

It was not an indication of bias or conflict of interest, but exercising the responsibility that comes with the Office of the Speaker for Modise to have joined the “Bosasa case”, or the court review action by President Cyril Ramaphosa against Mkhwebane’s report into CR17 funding and how he had misled Parliament.

In March 2020, the courts overturned the Public Protector’s report over her “material misdirection in her legal approach” to reach an “irrational and unlawful” conclusion. However, this full Bench Pretoria High Court judgment has been taken on appeal, and while the Constitutional Court heard arguments on 26 November 2020, judgment was reserved.

On Tuesday, the president’s lawyers told the Western Cape High Court that because of this pending judgment Ramaphosa would not act to suspend the Public Protector as he can in terms of Section 194(3)(a), given the impeachment inquiry that’s slowly unfolding in Parliament.

The court also heard arguments on how concern might exist, for example, that a retired judge had chaired the independent panel to initially assess if the Public Protector had a case to answer, or that legal representation is limited to giving advice rather than leading evidence in the actual Section 194 inquiry.

But such concern was not necessarily unconstitutional or irrational, the grounds that need to be met to succeed in having the Section 194 inquiry rule set aside.

The current full Bench court review is the latest twist in a saga that involves two different Parliaments and two different Speakers.

In 2017 the then DA chief whip, John Steenhuisen, formally wrote to the then Speaker, Baleka Mbete. The matter was referred to the justice committee, which to and froed amid the factional battles of the governing ANC.

As the May 2019 elections approached, the national legislature decided to kick for touch and leave the matter to the incoming Parliament. Modiserevived consideration of the complaint in mid-2019 following Steenhuisen’s request.

Any steps against Mkhwebane are mired in politicking, and also ANC factionalism, with the Public Protector enjoying support particularly from the Radical Economic Transformation (RET) grouping.

Like Mkhwebane’s CR17 funding report, her Absa/Bankorp bailout report, which tried to tell Parliament to amend the Constitution and slammed the SA Reserve Bank, has been praised by the RET grouping, which at the ANC’s 2017 Nasrec conference secured resolutions on nationalising the Reserve Bank and expropriating land without compensation.

And, like the CR17 report, the courts have set aside the Absa/Bankorp report, whose invalidity was confirmed by the Constitutional Court in July 2019 in a ruling that highlighted “a number of falsehoods”, and a “flawed” approach that saw the Public Protector fail to deal honestly with all parties involved.

Right now the impeachment inquiry is at the stage where the committee of 36 MPs representing all political parties in Parliament must meet and elect its chairperson — likely to be ANC Deputy Chief Whip Doris Dlakude, one of the senior public representatives the governing party has nominated to the inquiry. Further nominations are expected after a successful appeal from United Democratic Movement leader Bantu Holomisa secured voting rights for each of the 14 political parties represented in Parliament.

But it’s unclear when this meeting will happen; the National Assembly has risen for a 10-week constituency recess ahead of the 27 October local government elections.

For Parliament, the Section 194 inquiry into Mkhwebane’s possible removal from office is an important test of how it exercises its oversight — and how it deploys its “accountability mechanism”, as it was described to the full Bench of the Western Cape High Court.

That Section 194 impeachment inquiry should proceed in the interests of accountability, openness and responsiveness — as the Constitution’s founding provisions. DM