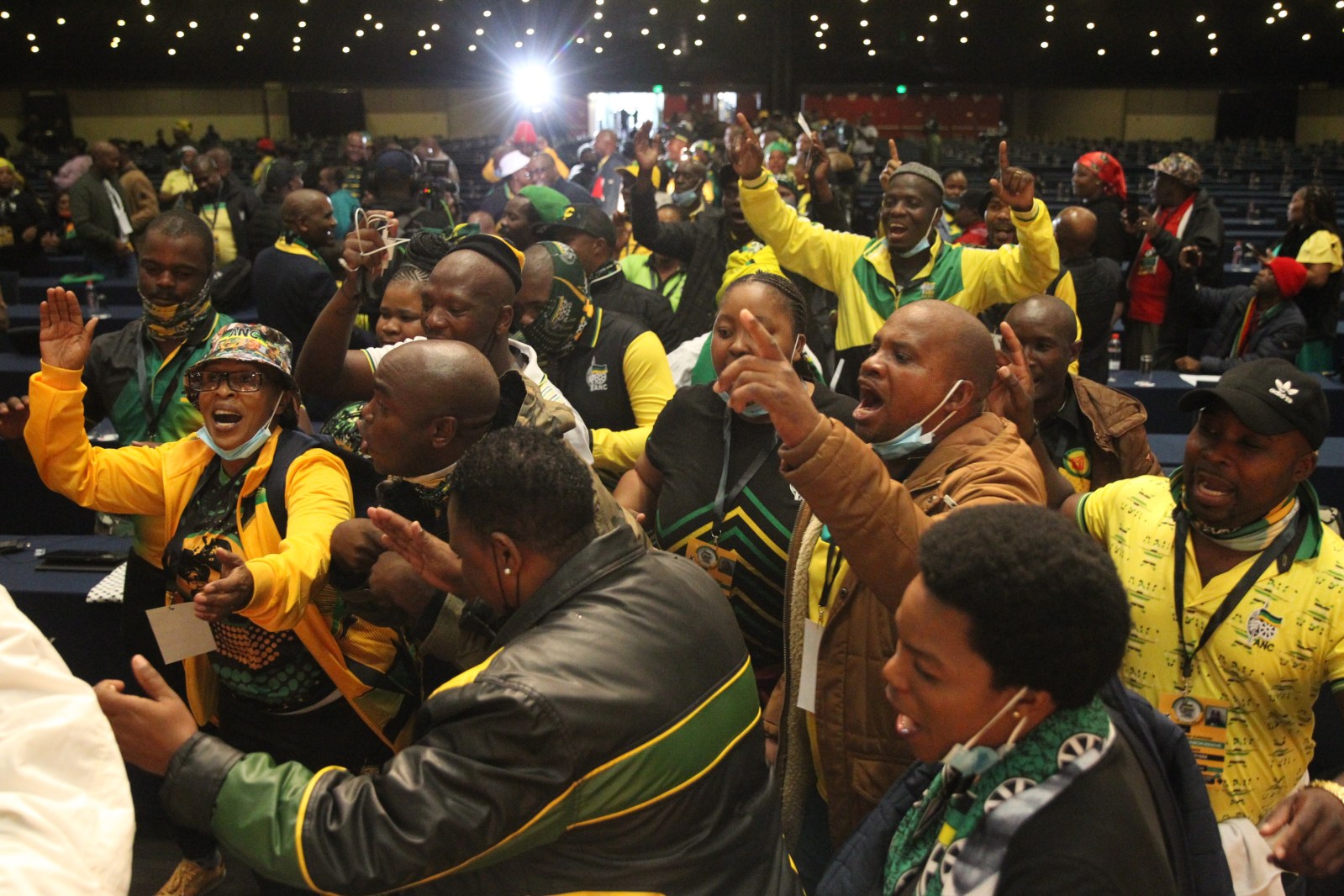 A group of voting delegates arrives at the ANC Ethekwini region conference at the ICC in Durban in high spirits, singing ANC songs Picture: Mandla Langa

A huge cloud hung over the much-anticipated eThekwini ANC regional conference in Durban on Saturday as tensions and uncertainty reigned over the Albert Luthuli ICC conference venue.

The conference was expected to start at 9 am but was delayed for more than five hours as delegates and leadership haggled over accreditation and the inclusion of the eThekwini youth and women’s league.  Both structures had collapsed due to expired terms of office.

It was ultimately resolved that both leagues should be allowed to participate in the elective conference.

Ethekwini is the largest region in the ANC nationally, with more than 111 branches and more than 100 000 members. However, some of these branches have been disqualified from participating in the regional conference for failure to reach a quorum and hold branch general meetings.

Gumede was the mayor of eThekwini Municipality when she was arrested in May 2019 and formally charged – alongside 21 co-accused – with fraud, corruption, and money-laundering in connection with the R320 million Durban Solid Waste tender. The marathon case will resume and be heard at the Pietermaritzburg High Court from 13 July 2022 to 31 August 2020.

Gumede had told News 24 on Monday that if she emerges victorious in this eThekwini ANC regional conference she will respect the ANC’s step aside resolution and allow the deputy chairperson to take over the reins until her fraud, corruption, and money-laundering cases have been settled.

Gumede is heading the Unity faction that has Themba Ntuli as her deputy, Musa Ncika as regional secretary, Nkosenhle Madlala as deputy secretary, and Nomthandazo Shabalala as regional treasury.

They are going against the faction known as Renew, Revive, and Unite (RRU), which has the current eThekwini Municipality Speaker Thabani Nyawose going head-to-head with Gumede for the position of ANC eThekwini regional chairperson. The RRU has Mthunzi Dlamini contesting the position of deputy chairperson, Bheki Ntuli as regional secretary, Thanduxolo Sabela as deputy secretary and Ntokozo Sibiya as regional treasurer.

In the week before the conference, Nyawose’s RRU seemed to have the edge, after receiving 54 branch nominations against Gumede’s Unity which received 36 branch nominations. During the pre-conference arguments, held in a secret location, the RRU is said to have argued very strongly that the youth and women’s league should only be allowed as guests and not voting delegates because both structures don’t have functioning structures in the eThekwini region as they only have task teams.

But the decision was finally taken to allow them to partake. Allowing the leagues to participate in the elective conference seemed to have tilted the balance of power as both leagues are said to be sympathetic to Gumede.

Opening the conference, ANC KZN provincial chairperson and KZN Premier, Sihle Zikalala castigated the factionalisation of all the ANC structures and its impact on the party’s electoral fortunes.

Zikalala said the ANC conference has become nothing but a gathering to elect leadership instead of playing its traditional role of reviewing ANC policies and programmes and reflecting on the impact of these policies on the populace under the government led by deployed ANC leaders.

During the closed session the conference was further delayed when there was a dispute over the credentials of delegates and the adoption of the conference agenda.

The voting was expected to take place late between Saturday night and Sunday morning.

Both the RRU and Unity factions were adamant that they will win with a landslide.

On Saturday night, there were fears that whichever side lost the election could challenge the outcome in a court of law.