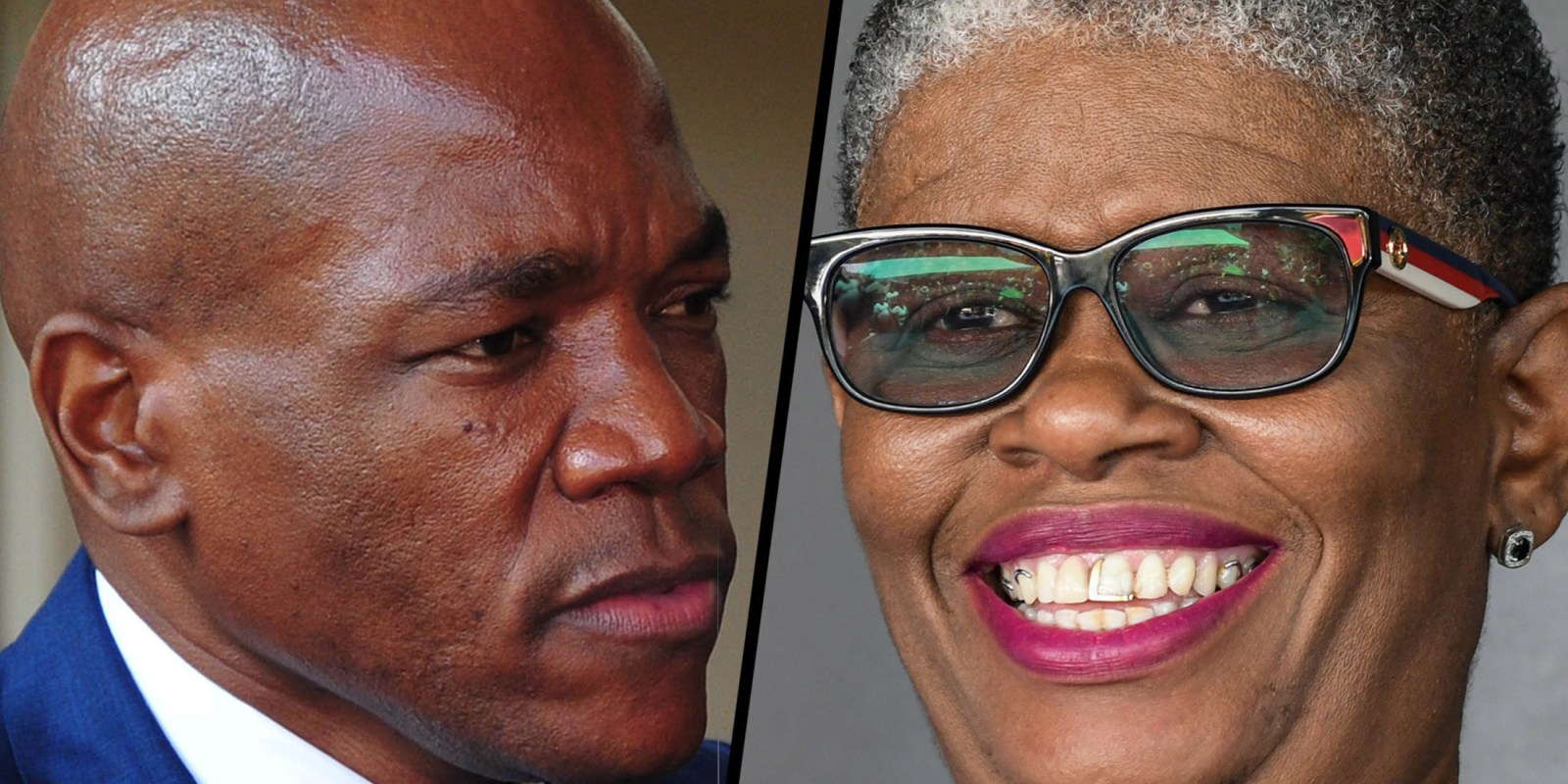 Ex-mayor Zandile Gumede will be in the dock as a co-accused in a fraud and corruption trial that gets under way in July. But this weekend, she is set to go head-to-head against eThekwini Municipality speaker Thabani Nyawose at the crunch ANC eThekwini regional conference this weekend - part of the buildup to the ruling party's national elective conference in December, 2022.

The lead-up to the much-awaited eThekwini ANC conference has been characterised by threats of court action, excitement and accusations of wrongdoing from both opposing factions.

But eThekwini Municipality speaker Thabani Nyawose and his Renew, Revive and Unite (RRU) faction had a slight advantage over former eThekwini mayor Zandile Gumede and her Unity faction, edging ahead with 54 branch nominations to the latter’s 36 branch nominations.

eThekwini is the largest region in the ANC nationally, with more than 111 branches and more than 100,000 members. However, some of these branches have been disqualified from participating in the upcoming regional conference for failure to reach a quorum and hold branch general meetings.

The Unity slate has Gumede standing for the position of regional chairperson, Themba Ntuli as her deputy, Musa Ncika as regional secretary, Nkosenhle Madlala as deputy secretary and Nomthandazo Shabalala as regional treasurer.

The RRU is aligned to Cyril Ramaphosa’s second-term bid, whereas Unity has the support of the Radical Economic Transformation (RET) faction and its spiritual leader, former president Jacob Zuma.

A few branches, particularly Ward 2, Ward 17 and Ward 78, and several others, were threatening to approach the Durban High Court to dispute the outcome of their branch general meetings, which resulted in these branches going with the RRU faction during the nomination processes.

Gumede told News24 on 4 April that if she emerges victorious in this eThekwini ANC regional conference she will respect the ANC’s step-aside resolution and step aside, allowing the deputy chairperson to take over the reins until her fraud, corruption and money laundering cases have been settled.

Gumede was not due to attend the conference in terms of the step-aside resolution of the ANC, which prohibits her from participating in ANC activities. She is able, however, to send a letter of acceptance for the position, if nominated, according to the ANC.

Gumede was mayor of eThekwini Municipality when she was arrested in May 2019 and formally charged – alongside 21 co-accused – with fraud, corruption and money laundering in connection with a R320-million Durban Solid Waste tender. The marathon case will resume and be heard at the Pietermaritzburg High Court from 13 July to 31 August.

Ntando Khuzwayo, spokesperson for the Unity faction, said although they were not happy with some aspects of the preparation for this conference, particularly when some of the branches were allowed by the national office (Luthuli House) to convene their branch general meetings beyond the deadline, they are looking forward to the conference.

“We are hoping this is going to be a watershed conference, without any challenges and incidents. But in terms of whether uMama [Gumede] is going to win or not, we are very confident. There were several branches that were unhappy about the processes but those matters are now handled by the national office and we hope that they will be resolved by Friday so that when the conference starts they will have been resolved.

“After we win the conference we will focus on rebuilding the ANC structures in the region. eThekwini failed to win the municipality because we didn’t have a formal leadership structure in eThekwini. Instead of focusing on provincial and national leadership contests, we will focus on rebuilding our structures,” he said. On the question of stepping aside should Gumede win, Khuzwayo said, although the region wishes to engage the national leadership on implementing this resolution, “we will not stop Mam Gumede from stepping aside as there has been a precedent on this matter”.

Bheki Ntuli (who is standing for the position of regional secretary on the RRU ticket) said they were also not entirely happy with the process but he believes that they have done enough lobbying in branches to win comfortably.

“The majority of branches have shown confidence in us [the RRU], giving us 54 branch nominations against the 36 received by the other side [Unity]. These branches have assured us that they will remain true to the mandate from the branch members. However, we are watchful that none of these branch delegates are swayed by promises of tenders, money and jobs.

“After we win the region we will focus on reorganising our branches so that they are able to meet the challenges of our communities. Some of our branches are dysfunctional and are unable to service the communities,” he said, adding that they will return to the branches to ask for a fresh mandate on which way to vote in the provincial and national leadership contests.

Xolani Dube, a Durban-based political analyst, said it was not surprising that Nyawose and the RRU faction were ahead.

“The RRU has aligned itself with the national politics, the politics of Cyril Ramaphosa and his bid for a second term. The Unity faction, on the other hand, is RET and is aligned with former president Zuma.

“Now everyone knows that Cyril Ramaphosa will win the second term and people who are in politics know where their bread is buttered, and will be buttered in the next few months and years. So they cannot revolt against or defy Ramaphosa and his faction at the moment.

“Zuma is a spent force … he has had his term and now cannot offer anybody anything. As a result, he cannot even go to branches to lobby because people in the ANC, especially the politicians, have made their calculations and decided to stick with the winning side. Zuma is now merely being used as a boogieman, to scare people.

“I think the RET overused the influence of JZ and now he has no influence in the party. They could have used him to try to get a candidate to use to counter Cyril’s influence… Instead, they struggled to find a candidate and they stuck to him… Anyone who wishes to tackle [Cyril] will have to wait until after the December conference, when realignment will start again to find Cyril’s replacement,” Dube said.

The period leading up to the ANC’s critical eThekwini regional elective has been bedevilled by violence in branches and even assassinations. Some of these include the killing of Thulani Shusha, a 51-year-old Umlazi ANC branch leader, who died in a hail of bullets in February this year, and Minenhle Mkhize, a 39-year-old ANC ward councillor who was shot and killed in January this year, less than three months after assuming his position as a councillor. eThekwini has been torn apart by divisions and it is led by a task team after the previous leadership, then chaired by former eThekwini mayor Zandile Gumede, was disbanded.

Registration for the regional conference took place on Friday, and proceedings were due to kick off on Saturday, with leadership elections later in the day. DM168