‘On the Trail of Capital Flight from Africa’ sets o... 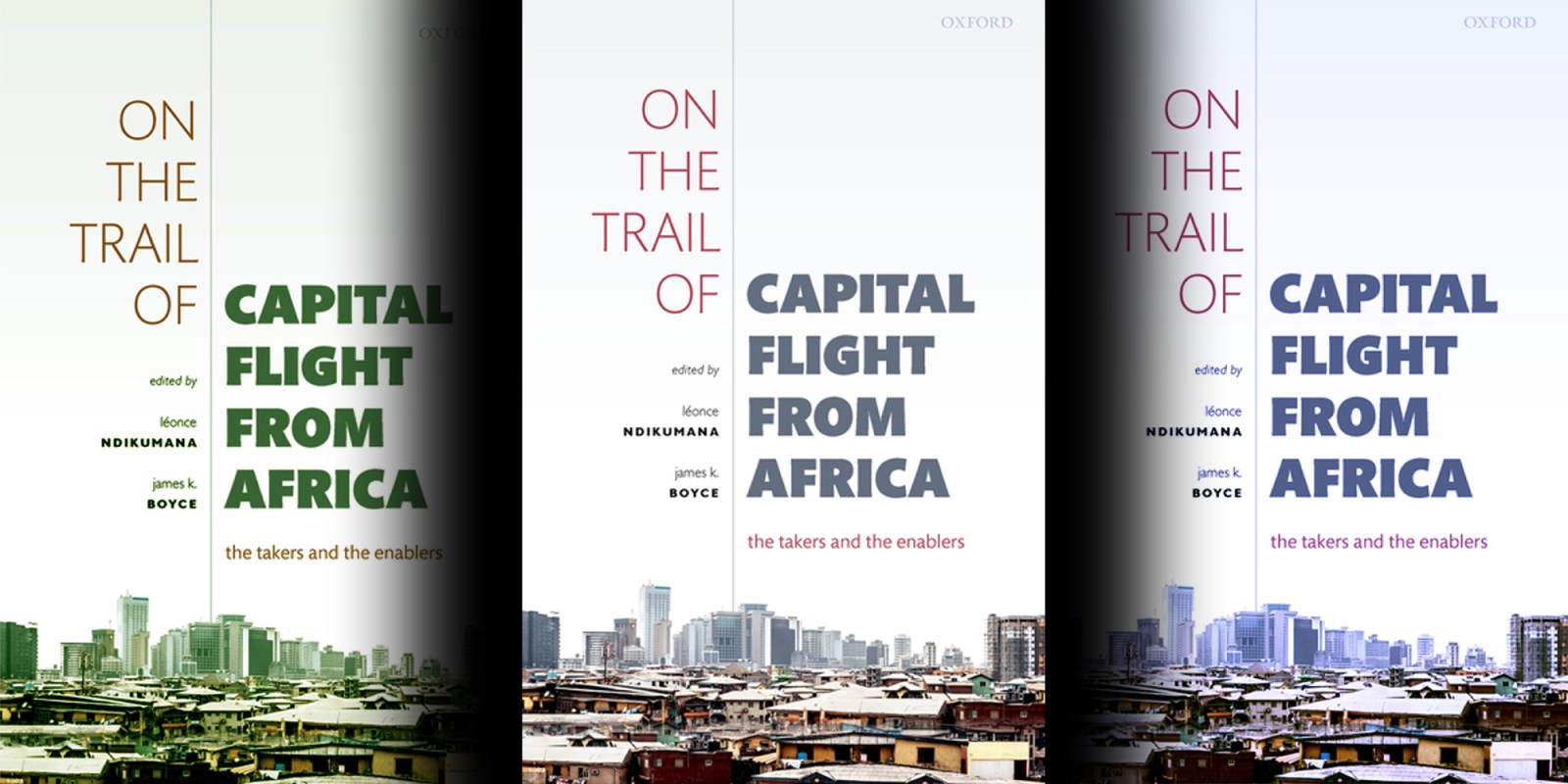 Africa loses much more through capital flight than it gains through inflows of development assistance, external borrowing or foreign direct investment. It is, in fact, a ‘net creditor’ to the rest of the world.

It is egregious to learn that for the past five decades, Africa has lost more than $2-trillion through capital flight. This amount far outweighs the current stock of debt owed by African countries as of 11 October 2021, that is, $702-billion, the continent’s highest debt burden ever.

A continent struggling to meet its basic development needs cannot afford to lose so much.

One ought to ask, therefore, how do we lose so much money, why do we lose it, where does the money go and who is responsible?

On the Trail of Capital Flight from Africa: The Takers and the Enablers (Oxford University Press, 2022) by Leonce Ndikumana and James Boyce provides an erudite and comprehensive answer to these questions. It uses the case studies of Angola, South Africa and Côte d’Ivoire, resource-rich countries whose economies have in recent decades witnessed unprecedented illicit financial outflows due to their dismal susceptibility to the machinations of the resource curse problem and its appendage, the Dutch disease.

These case studies proffer a disaggregated and institutional analysis of the channels, mechanisms, drivers, actors and enablers of capital flight.

The central argument of the book is that capital flight is a complex phenomenon that is not only driven and sustained by factors arising from both the domestic economy and institutions, but from the global system.

The book shows how capital flight is facilitated by what the authors refer to as ‘‘transnational plunder networks’’, a combination of both domestic elites, key among them being kleptocrats and big corporations, and a global network of enablers including bankers, accountants, lawyers and politicians who not only facilitate the movement of capital from Africa, but also its concealment in offshore secrecy jurisdictions.

This fills a notable gap in extant research on capital flight. Conventional literature on capital flight has not sufficiently elaborated on the role of national and international institutions and governance for capital flight, as well as the possible reverse relationship.

The book begins by presenting the meaning and context of capital flight from Africa in a lucid and commonsensical introduction. It presents it as the phenomenon when money or assets leave a country without being registered in the official statistics. For example, where money is transferred from a country in Africa to a private bank in an offshore financial centre or any bank in Europe or America without being registered at the central bank or as an outflow of either investment or savings.

Capital flight is also referred to as illicit financial flows. Some examples of this include trade misinvoicing, tax evasion, money laundering and theft of public funds by political elites.

The book then provides the estimates of the volumes of capital flight from the three case studies. It pays particular attention to the problem of trade misinvoicing and tax evasion, the two most critical mechanisms of illicit financial flows.

Trade misinvoicing ‘‘involves the deliberate falsification of the value, volume, and/or type of commodity in an international commercial transaction of goods or services by at least one party to the transaction”.

It is argued that trade misinvoicing as an instrument of illicit capital flows mainly takes place as under-invoicing of exports in the natural resource extraction industry, thereby creating the resource curse problem. This consequently reduces taxable income needed by governments to fund poverty reduction and infrastructural development programmes.

The book reveals that between 1986 and 2018, total capital flight from Angola, (one of Africa’s biggest oil producers) was $103-billion, averaging an annual loss of $4-billion since the early 2000s. These figures far outweigh Angola’s current stock of public debt, $67.5-billion, which the government calls “sustainable”.

For South Africa (endowed with gold, platinum and iron ore), total capital flight from the country between 1970 and 2018 was $329-billion, averaging an annual loss of $15-billion since the early 2000s. Surprisingly, in 2020, the national debt of South Africa amounted to around $242.82-billion.

For Côte d’Ivoire, the largest producer of cocoa in the world (40%), total capital flight between 1970 and 2018 is projected to have been $55-billion, averaging an annual loss of $1.1-billion. Despite success in cocoa production, economic diversification efforts have been circumscribed and the country remains highly susceptible to supply shocks in cocoa. Moreover, the fact that the lion’s share of world cocoa comes from Côte d’Ivoire means that the global economy can fall prey to any situation which threatens Ivorian supply.

And unfortunately, these kinds of situations have precipitated predatory power politicking that have proliferated the problem of capital flight.

Angola is the most striking example. Despite extensive oil and gas reserves, minerals, hydroelectric potential and large tracts of fertile soils, Angola is one of the poorest countries on the face of the earth. Angola produces and exports more petroleum than any other nation in sub-Saharan Africa, surpassing Nigeria in the 2000s.

However, corruption is endemic throughout the economy and the country remains heavily dependent on the oil sector which, since 2017, accounts for more than 90% of exports by value and 64% of government revenue.

At the centre of the corruption is an intricate network of patronage that was centralised under the leadership of former president José Eduardo dos Santos, who, during his term in office from 1979 to 2017, orchestrated nepotism and neo-patrimonial politics in the allocation of tenders and permissions to run strategic stakes in the economy.

For South Africa, the book shows how the Gupta family has been the focus of extensive international scrutiny and caused much political controversy as a result of their close ties to Jacob Zuma before and during his presidency. Their strong connection to Zuma, both personally and through their company, Oakbay Investments, led to widespread claims of corruption and undue influence leading to the judicial commission of inquiry into allegations of State Capture.

For Côte d’Ivoire, the corruption of the Houphouet-Boigny regime (1960-1993), the impact of the civil war (2002-2011) and tax evasions by corporate giants like Cargill, Barry Callebault and Archer Daniels Midland have been the key drivers of pillaging and plunder.

There is an urgent need for coordinated efforts to combat capital flight from Africa.

As noted in the book, ‘‘the nexus between plunder and capital flight is not purely an internal problem of African countries, nor is it purely an international relationship in which an imperial power preys on faraway lands as in earlier centuries.

“Rather, it is a transnational phenomenon that spans national boundaries, operated by a network of individuals and institutions who are bound together by mutual gain regardless of nationality.’’ DM/MC

Anotida Chikumbu is a historian and political economist. He is a PhD candidate and assistant lecturer in the department of history at the University of Massachusetts Amherst. You can watch his interview about On the Trail of Capital Flight from Africa with its authors, Leonce Ndikumana and James Boyce, here.