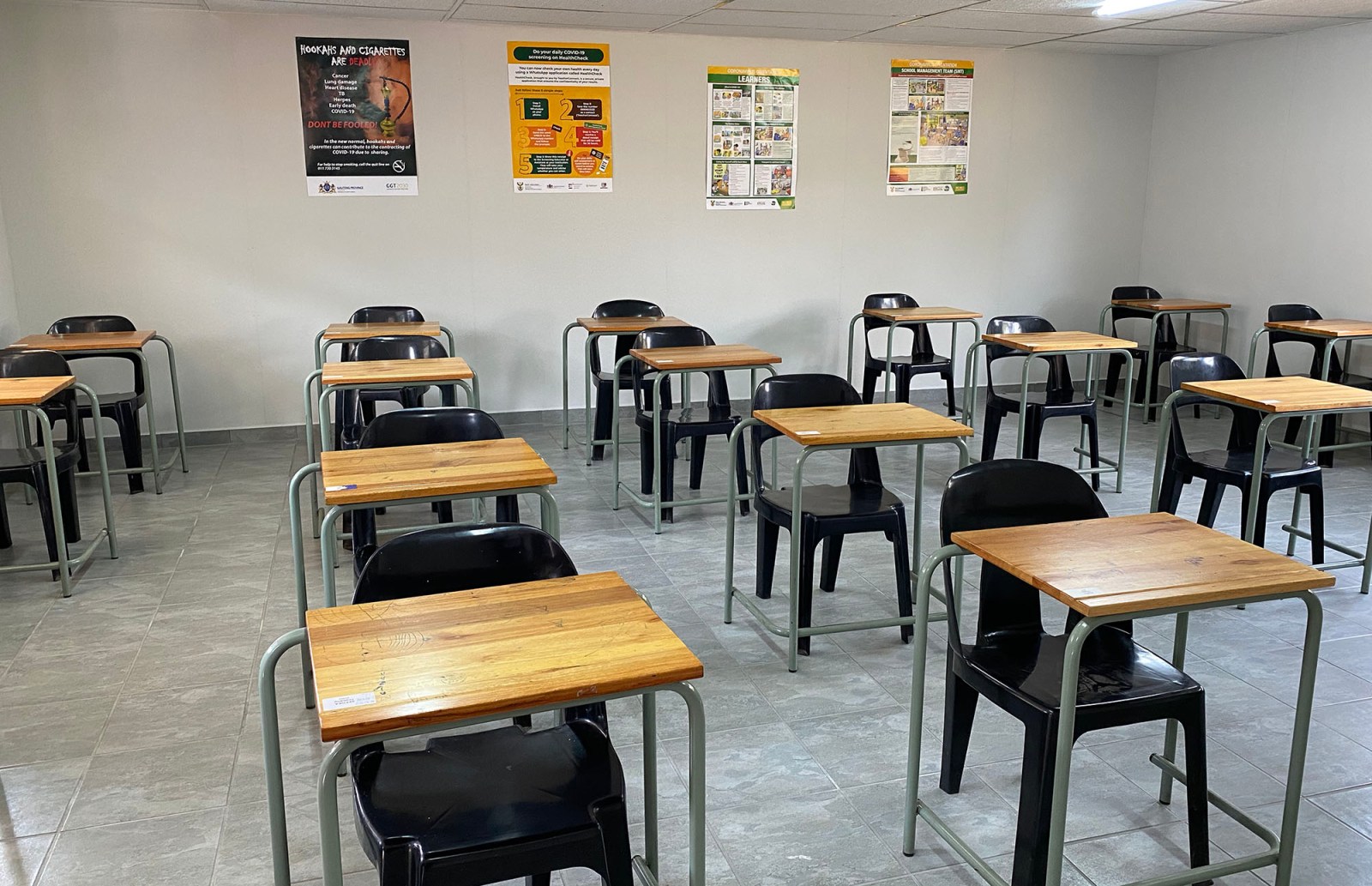 The author argues that South Africa's education policy is clearly directed towards the development of morals nationally, as well as individually, which must ultimately align with the values of the Constitution. (Photo: Ayanda Mthethwa / Daily Maverick)

Introducing more legislative interventions cannot adequately address the country’s steady progress of degeneracy, but perhaps an educational intervention in the form of a bottom-up approach can be an added layer in fighting this disease.

More than two years since the Covid-19 outbreak, South Africa, like other countries across the world, is still grappling with the containment of the virus. Despite a decline in infections in recent months, the virus refuses to show signs of completely abating any time soon.

However, Covid-19 is not the only disease that South Africans are fighting. For decades, the slow and steady rot of moral decay has manifested itself within the country’s structures and individual mindsets. The symptoms of this disease are evident in our societal and ethical failures that have spread to all walks of life, often manifesting within government structures (such as State Capture, bribery and corruption), as well as that of day-to-day individual lives (such as bullying, harassment, dishonesty and even cheating).

There is certainly no quick-fix cure for this disease. Rather, addressing moral decay in a multi-faceted and multi-cultural country is complex and may often seem elusive. Already, in October 1998 at the National Religious Leaders Forum, former president Nelson Mandela recognised that apartheid had eroded the moral fabric of South African society and that there was (and continues to be) a need for a moral regeneration and moral renewal of the country. This marked the start of the Moral Regeneration Movement (MRM) under the patronage of the Deputy Presidency.

The MRM has had several subsequent summits and has also adopted the Charter of Positive Values (CPV), which has certainly raised awareness of the importance of morality in the social fabric of South Africa. However, at its core, the challenge of addressing moral decay starts with the question of morality and ethics in society, as it speaks to what is considered right (socially acceptable) and wrong (socially unacceptable). To determine this in a culturally diverse country is often challenging because what is considered acceptable or unacceptable for one person (or community) is not always the same for another person (or community).

Fortunately, South Africa has a baseline for its shared values, which is reflected in the Constitution, and more specifically in Chapter 2 which sets out the Bill of Rights which provides a standard for what is acceptable and unacceptable in our society. These value-based standards are often supported by legislative and regulatory interventions supporting the values in the Bill of Rights.

They are also supported by specific codes of conduct within sectors that set out the expected and socially acceptable behaviour of individuals. Arguably, the issue of value-based standards is not limited to the Constitution but may extend further than the four corners of the South African legislative framework, as is the case with the MRM and CPV.

Despite the impressive legislative machinery that already exists in South Africa and the efforts of the MRM, such a top-down approach has clearly failed to address the country’s moral decay as more and more scandals of corruption, bribery and other government and individual failings continue to inundate almost every news cycle. Although the top-down approach is necessary, introducing more legislative interventions cannot adequately address the country’s steady progress of moral decay, but perhaps an educational intervention in the form of a bottom-up approach can be an added layer in fighting this disease.

The philosopher Aristotle may have been on to something when he viewed values as a skill and argued that any skill can be learnt. If this is true, then the country could address value-based standards and decision making at an educational level. This aligns with the development of the national education policy set out under section 3 of the National Education Policy Act 27 of 1996 (Nepa). Section 4(b) of Nepa also provides the directive that the education policy should be directed towards:

“… enabling the education system to contribute to the full personal development of each learner, and to the moral, social, cultural, political and economic development of the nation at large, including the advancement of democracy, human rights and the peaceful resolution of disputes”.

The country’s education policy is clearly directed towards the development of morals (or values) nationally (at a macro level), as well as individually (at a micro level), which must ultimately align with the values of the Constitution. Such values may very well already be reflected in an indirect manner in school and university curricula. However, to truly address and develop value-based skills and decision making within society there is a need to place greater focus on morality, behavioural standards and values at all educational levels.

Ultimately, addressing the issue of moral decay in South Africa is not one dimensional and is certainly not an aspect that may be resolved in only introducing value-based morality in legislative interventions. Rather, a better approach may be to combine the top-down approach with a bottom-up approach. In doing so, the bottom-up approach may facilitate a renewed focus in educational learnings of value-based skills within the school and university curricula, and offer the long-overdue booster shot required to address the gaps found in the top-down approach.

This may then facilitate the start of the long journey towards closing the fissures of moral decay within South African society. DM