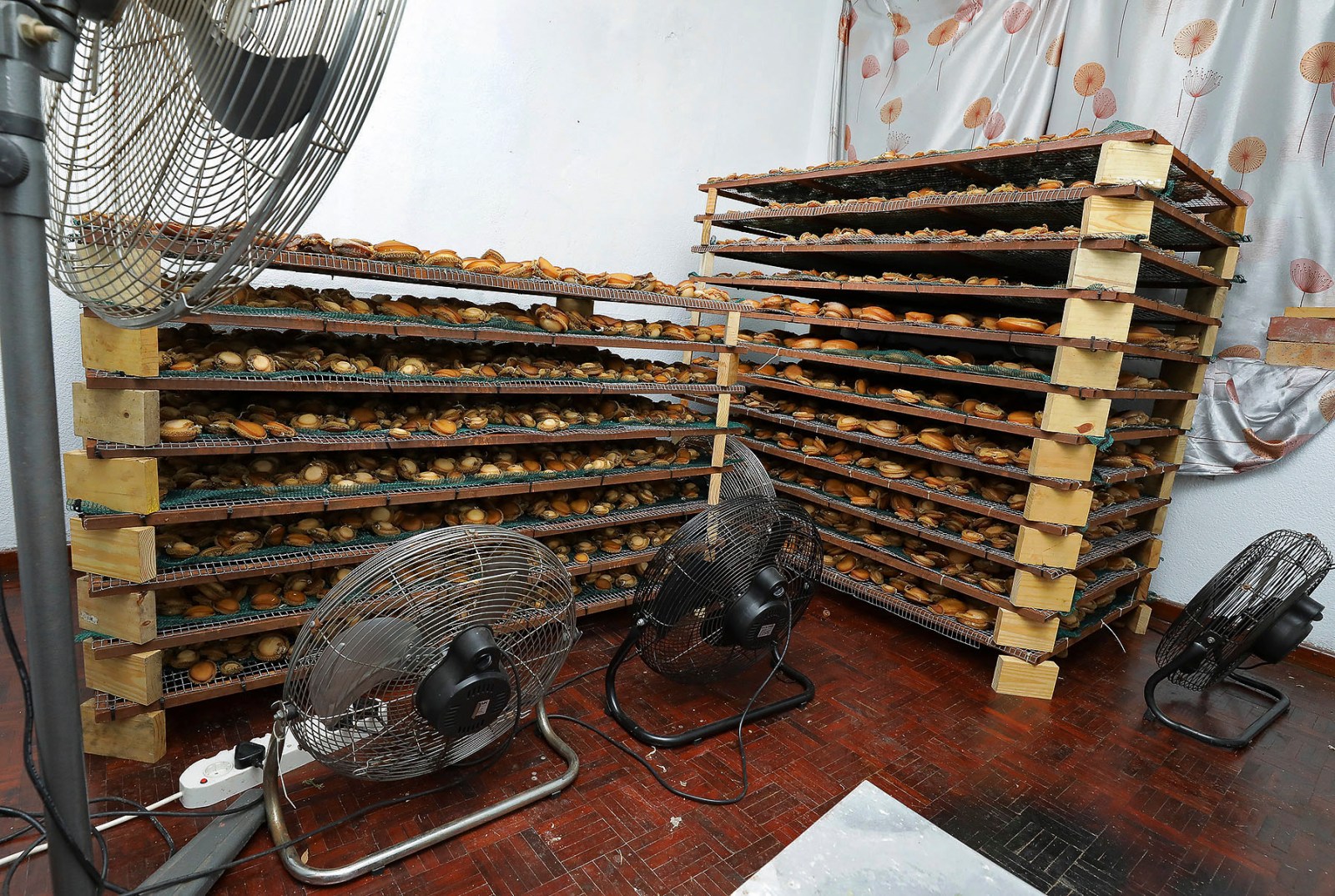 Dried abalone confiscated in Hawston, Hermanus. In South Africa, senior fisheries department officials have been accused of colluding with a private company, allocating tenders for processing and exporting abalone. (Photo supplied by SAPS)

Grand corruption in Africa’s maritime sector has led to overfishing, resource scarcity and a rise in criminality, with coastal communities most affected. The problem is highlighted by two ongoing trials in Southern Africa — Namibia’s Fishrot scandal and Mozambique’s Hidden Debt scandal. And due to the international stakeholders involved, both have had consequences extending well beyond their country’s borders.

The trials reveal the intricate web of corruption, money laundering, illicit financial flows and offshore accounts coupled with the complicity of global businesses and government officials. More importantly, they show that the maritime sector desperately needs better governance structures and systems of accountability and transparency.

Awareness of maritime issues is low among most African countries. This sea-blindness makes it an ideal industry to target for corruption, as oversight mechanisms are weak. According to the Stable Seas Maritime Security Index, most African countries received a low rule of law score due to their weak judiciary and legislative branches. Poor governance in remote coastal areas and a lack of capacity to oversee the entire coastline are also factors.

Maritime governance is defined as the ability of a government to effectively control its maritime domain through actions and partnerships with private, non-governmental and international stakeholders. This mix of players makes the shipping and ports industries particularly vulnerable to graft. A 2019 study by the Eastern and Southern Africa Anti-Money Laundering Group identified the transport and storage sectors as arguably the most prone to corruption.

There are several forms of fraud and corruption in the maritime sector. Under-invoicing is a common type of fraud whereby the importer asks the exporter to declare on the invoice that the goods are of lower value than the actual sale price.

Corruption can involve facilitation payments to customs officers to allow illegal goods through or turn a blind eye to specific procedural requirements. Bribes are also paid to gain contracts, affect quota allocation or influence tenders. These forms of grand corruption often involve international businesses and government officials and are widespread in the fishing industry.

According to the United Nations Office on Drugs and Crime, most countries haven’t undertaken even a basic corruption risk assessment of their fishing industries, leaving them vulnerable.

This was evident in the Namibian Fishrot scandal, where a former government minister demanded bribes in return for a fishing contract in the country. Members of Namibia’s ruling party have channelled millions of dollars in exchange for fishing quotas allocation. In South Africa, senior fisheries department officials have been accused of colluding with a private company, allocating tenders for processing and exporting abalone.

Corruption allegations have also been levelled at South Africa’s Department of Mineral Resources and Energy for its award of the Risk Mitigation Independent Power Producer Procurement Programme tender worth around R225-billion. In its court application against the department, DNG Energy alleged corruption that saw its rival Karpowership SA emerge as a preferred bidder, obtaining the majority share of the 2,000MW programme. After the case was dismissed in court, Parliament’s portfolio committee scrapped its investigation into the matter.

Mozambique’s Hidden Debt scandal — centred on the maritime industry — exceeded all previous corruption cases in the country in scale and impact. The scheme involved three companies securing international loans based on their role in the maritime sector. The loans cost the country an incurred off-budget expenditure of around $2.2-billion, increasing Mozambique’s debt to untenable levels.

According to the United States Department of Justice, kickbacks and bribes from maritime projects in 2018 amounted to more than $200-million. Among those indicted were two executives of a shipbuilding company, three former senior Mozambican government officials and three former London-based investment bankers.

Along with the financial costs, the scandal wrecked Mozambique’s reputation as an investment destination and saw funds squandered that should have been used to improve education and livelihoods. Namibia’s Fishrot scandal also damaged the country’s image regarding corruption, and the kickbacks and bribes deprived local fishing communities of potential economic benefits.

A critical vulnerability associated with lucrative maritime contracts is the lack of transparency in the sector. This needs specific attention, along with more general anti-corruption measures. African governments that have signed the United Nations Convention against Corruption must take the next step and implement it. This is vital for establishing procurement systems based on openness and accountability.

Financial disclosure systems to help scrutinise public officials’ assets must be improved. And countries should adopt ‘beneficial ownership frameworks’ that allow for investigations of assets held by private individuals or companies doing business with the state. And of course, high-profile suspects must be prosecuted to dismantle criminal networks and act as a deterrent.

Anti-corruption and anti-bribery training for government officials should include awareness about maritime governance. Electronic communication and digitisation, which removes the human factor, can reduce opportunities for fraud at a practical level. In the maritime sector, especially at ports, digitisation could improve governance and efficiency, although it does come with new risks.

The Southern African cases show that Africa’s maritime sector is vulnerable to corruption and fraud on a transnational scale. Public and private players need to examine and strengthen their maritime governance structures to reduce opportunities for graft. DM