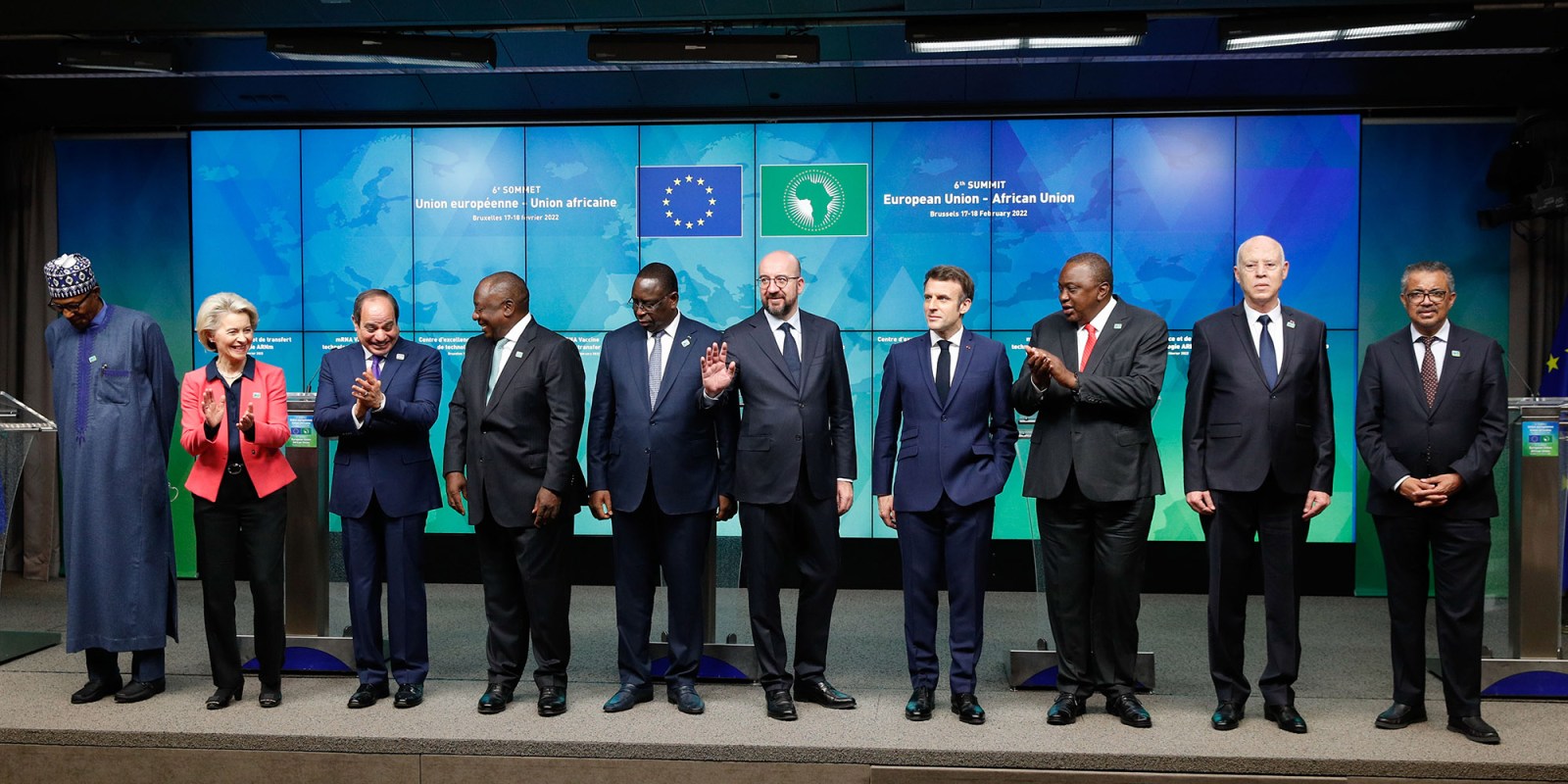 The AU will struggle to ensure that global partners stick to their promises in a tough new international environment.

A week before Russia invaded Ukraine on 24 February, Africa and Europe agreed on a ‘joint vision’ spanning economic growth, security and climate change. War in Ukraine may not directly influence continental relations but could damage bilateral ties. The agreements could also be affected by the global economic impact of the crisis.

The African Union (AU) may face a tough task in ensuring that international partners stick to their commitments, including those made at other summits such as the November 2021 Forum on China-Africa Cooperation in Dakar.

At the AU–European Union (EU) summit in Brussels on 16 and 17 February, the two organisations committed to equitable access to Covid-19 vaccines, ensuring Africa’s economic recovery and combating illicit financial flows. They also agreed on the mitigation of climate change and cooperation on matters of peace and security.

The first in five years, the summit included promises of a €150-billion investment for Africa against the background of fierce global competition for economic influence on the continent.

Then on 11 March, United States (US) Secretary of State Antony Blinken met with AU Commission Chairperson Moussa Faki Mahamat and various AU commissioners. The US vowed to work closely with the AU, signalling growing cooperation and recognition of the AU’s role as Africa’s voice in the world.

On the day of Russia’s invasion, Faki and AU Chairperson Macky Sall called on Russian and any other regional or international actor to “imperatively respect international law, and the territorial integrity and national sovereignty of Ukraine.” They expressed “extreme concern over the very serious and dangerous situation created in Ukraine.”

But when it came to the 2 March vote on the United Nations General Assembly’s Ukraine resolution, almost half of AU member states abstained or didn’t cast their ballot. This development could influence relations between individual countries and Europe. The resolution “deplores in the strongest terms” Russian aggression against Ukraine and calls on Russia to “immediately, completely and unconditionally withdraw all of its military forces from the territory of Ukraine within its internationally recognised borders.”

Following the meeting with Blinken, US ambassador to the AU Jessica Lapenn told the Institute for Security Studies (ISS) that the US welcomed Faki and Sall’s statement on Ukraine. It also lauded Kenya, Ghana and Gabon — Africa’s non-permanent UN Security Council members — for supporting the General Assembly resolution. Lapenn said that despite the circumstances, the meeting between Blinken and Faki focused on Africa. Climate change, trade and investment, health and peace and security were discussed.

But the 2 March vote revealed an Africa deeply divided. Twenty-eight AU member states voted in favour, 17 abstained, eight didn’t vote, and Eritrea voted against. The lack of consensus was again apparent on 24 March, when only 22 African countries supported South Africa’s alternative resolution on humanitarian assistance to Ukraine. The draft was criticised for not mentioning Russia. South Africa explained that it was trying to find a solution that would have buy-in from all parties, including Russia.

It’s worth noting that the AU’s role in representing Africa’s positions is quite different to that of the EU. The AU is an intergovernmental organisation that cannot always forge a common stance, even though it has tried to do so on migration and climate change issues. The EU has supranational status and can speak on behalf of the bloc.

In condemning the attack on Ukraine, Faki and Sall were sticking to AU values and norms on sovereignty. Sall, as AU chairperson, expressed grave concern about the situation. But then his country, Senegal, abstained on the 2 March resolution, which sharply criticised Russia. Senegal’s position also shows that countries abstained due to national interests.

While relations between the AU and its partners, the EU and US, are unlikely to be directly affected, the stance of certain African countries could hamper future diplomatic relations and development aid.

Some EU diplomats in Africa were surprised, even angered, that countries such as South Africa refused to support the 2 March resolution. Abstention was seen as rejecting efforts to uphold sovereignty and international law. A total of 141 UN member states voted for and only four against.

EU ambassador in South Africa Riina Kionka tweeted: “We’re puzzled because South Africa sees itself and is seen by the world as a country championing human rights, international law and the rule of law.”

South Africa countered that the 2 March resolution “did not foreground the call for meaningful engagement.” President Cyril Ramaphosa said South Africa was committed to peacefully resolving conflicts based on its history of having “attained democracy through a negotiated settlement.” Abstaining, he added, didn’t mean the country didn’t uphold human rights or was unconcerned about the impact of the conflict on civilians.

A Pretoria-based European diplomat told the ISS that EU relations with South Africa were unlikely to be affected since the organisation didn’t ‘punish’ countries that way. However, others say aid and development assistance to states or organisations that openly support Russia could be impacted.

The war in Ukraine threatens to severely affect food security in Africa, as some countries rely heavily on Russian and Ukrainian imports of wheat, says African Development Bank’s Akinwumi Adesina. East Africa, for example, depends on it for a third of its supplies, with Egypt and Sudan particularly heavily affected by the crisis. Other major consumers of the commodity are Nigeria, Morocco, Senegal and Tunisia.

Ironically, the AU’s theme for 2022 is “Building resilience in nutrition on the African continent: Accelerate human capital, social and economic development.” In this complex context, the organisation will struggle to raise its voice and secure a lasting solution to the food crisis.

The AU will also have to consider whether its commitments to the EU will be negatively impacted if divisions among African states over Russia’s Ukraine invasion persist. In the meantime, it can focus on ensuring that the situation does not completely stymie recent pledges by the EU and US. DM