Pride societies are springing up at Cape schools, but hoisting the queer-friendly flag was ‘no easy task’ 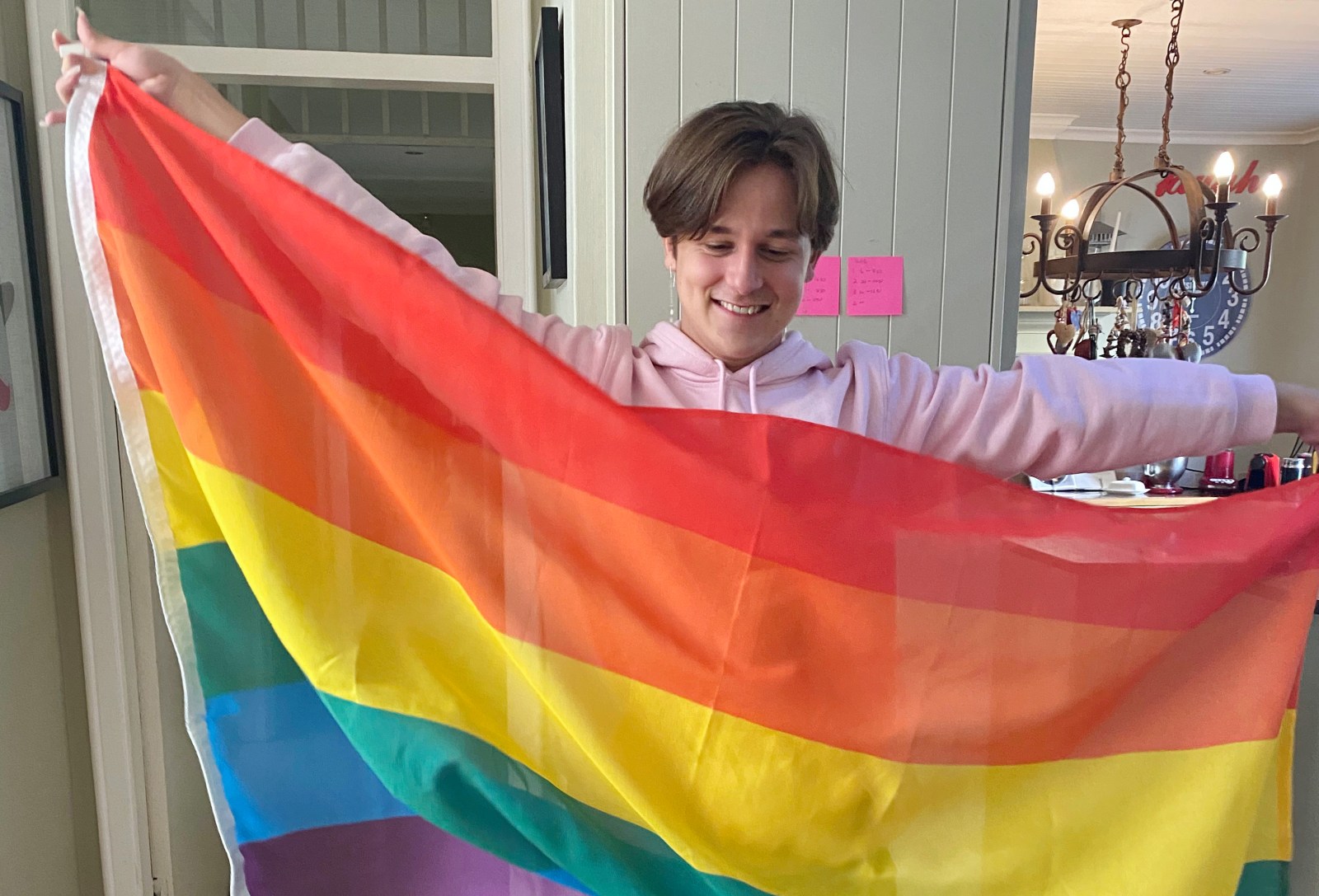 Paul Malherbe founded Bishops Pride in 2021. The matric class of 2020 had demanded the society be established in a memorandum handed over to the school at the height of the Black Lives Matter protests. (Photo: Supplied / Bishops Diocesan College)

Over the past few years an increasing number of Western Cape schools have established queer-friendly student groups. Is this part of a trend towards greater openness about queerness in South Africa in general? And are these queer ‘safe spaces’ indicative of a changing educational landscape?

In the Western Cape, queer Pride societies are gradually becoming a commonplace feature at high schools. Westerford, Herschel, Rondebosch Boys’ High and Bishops Diocesan College are just some of the schools that have started such clubs in the past five years.

“There’s been quite the proliferation of Pride societies and they’re becoming ubiquitous,” says Nimba Mahlati, a committee member and secretary of Bishops Pride.

For Mahlati, the value of these groups is in educating people about queer topics and normalising queerness in schools and beyond.

“You essentially desensitise people to something that is still taboo within South African society,” he says. “It becomes normal in the community, in the schools, that is, to have conversations about Pride and about different genders and about different sexualities.”

But getting the society off the ground was not an easy task, as founder Paul Malherbe explains.

“They’d make a speech every now and then where they’d speak to vague ideas of the school improving diversity and including everyone, but when it actually came down to it they didn’t want to make drastic changes, and they knew a group like that would,” says Malherbe.

When Malherbe first tried to set up the society he met “a flat-out no” from the school. But when a new principal, Antony Reeler, entered the picture halfway through 2020, Malherbe chose to bypass “the bureaucracy” that had stalled things and approach him directly about the society. According to Malherbe, Reeler was on board with the idea.

The timing of the Pride initiative was also crucial to its formation, as Mahlati explains:

“It was a very hard thing to do for several years, but the zeitgeist of 2020 made it favourable. With the protests and the increase in Black Lives Matter, the school wanted to go in a new direction, as did most institutions that had experienced protest… and people standing up against racism and queerphobia and any kind of discrimination.”

Sunmin Im, who was the head of the Pride club at Herschel Girls Senior School in 2019, echoes the importance of establishing groups in schools, to provide a “non-judgemental” space for queer students.

“The Pride Club was a way to raise awareness, as there is a lack of focus and involvement of the LGBTQIA+ community in schools and curriculums,” says Im.

“It is important for students, especially in the age where they are finding and developing their identities, to provide a safe space in which students could express and explore the LGBTQIA+ community as well as learn about it to help them discover the new norm of gender and sexuality spectrums.”

According to Megan Collings, founder of the Herschel Pride Club in 2018, the primary problems faced in getting it off the ground came after its establishment, when it sparked a backlash from certain parents and pupils.

Collings says that, at the time, a religious society at the school hosted a meeting about the Pride Club that emphasised a “love the sinner, hate the sin” mentality about queer people, and discussed queer folk as a “phenomenon”.

“That was upsetting for a lot of the students,” she says. “There were people trying to out people.”

Apart from the difficulties in overcoming obstacles to establishing and maintaining the societies, there is also the question of the degree to which they are still only present in wealthier, elite schools.

Wayne Tucker, a teacher who heads up Pride at Bishops, hopes the increasing presence of these societies in some places will lead to a proliferation across many schools.

“There are schools, some affluent and others not, doing some remarkable work in this area. However, with the presence of these societies within those schools increasing, hopefully other schools will soon follow.”

Then there is the question of educational curriculums to further the progress being made for queer students. On this front, Kerry Mauchline, spokesperson for the minister of education in Western Cape, Debbie Schäfer, recognises her department’s role.

“In terms of the Constitution of the Republic of South Africa, the [Western Cape education department] respects the rights of all learners, including the LGBTQIA+ community,” says Mauchline. “The department needs to assist all schools in creating a more inclusive environment for all learners, regardless of gender identity, gender expression and sexual orientation.”

Mauchline adds that guidelines on how to take education into the future on this front need to be crafted.

“There had previously been no guidelines or policies for schools to follow to support learners in this regard in the Western Cape or in any other province in this country,” says Mauchline. “The [department] therefore published Draft Guidelines on Gender Identity and Sexual Orientation in Public Schools in the Western Cape Education Department, calling on any person or organisation who wished to comment, to do so. The final document will be made available to schools this year.”

The establishment of Pride societies in schools is not the finish line for heightening the protection and empowerment of queer students.

According to Mahlati, accountability for queerphobia is a good starting point.

“These problems are always ultimately going to exist, so it is certainly not the limit from the perspective of what can be achieved from a high school administrative body, when disciplinary measures and mechanisms exist that they can very well take up to eradicate public shamings and harassment and bullying of queer kids.”

Malherbe also stresses this point, citing Bishops’ Student Representative Forum as a source of difficulty when they wanted to fly the Pride flag next to the school flag during Pride Month.

“They [the Student Representative Forum] felt that, somehow, it was ruining Bishops’s image to have the Pride flag put up next to the Bishops school flag.”

For Collings, gender is a new frontier that needs attention, and a “hot-button” issue. She mentions an example of a transgender pupil at Herschel who wanted to be able to wear pants during summer but was “completely shut down” by the institution.

“I definitely think there’s more work that can be done,” she adds.

Despite the many problems encountered, Mahlati makes the point that establishing Pride societies in schools is a major leap in the right direction. For him, they “do a great deal”, although there are “still places to go” in tackling queer issues.

“Bishops was just very queerphobic for a very long time,” says Malherbe. “It was very much supported to be homophobic; that was how you got social power.”

They both note that active changes to cultures in schooling environments are essential and that language about queerness, from both pupils and staff, must become more inclusive and equitable to make progress more tangible.

Education, too, is on track to become more queer-friendly.

“Create an educational environment that does not discriminate directly or indirectly against anyone on one or more grounds, including gender, sex, sexual orientation, conscience, belief, culture and birth, among others;

“Create an educational environment that is free from stigma and discrimination for all learners in all public schools; and

As Tucker and his society plainly put it, Pride groups in schools are now a stepping stone to a more equitable schooling system, and, by extension, society.

“Queer societies are a building block for the eventual aim of these societies not having to exist in the first place.” DM168