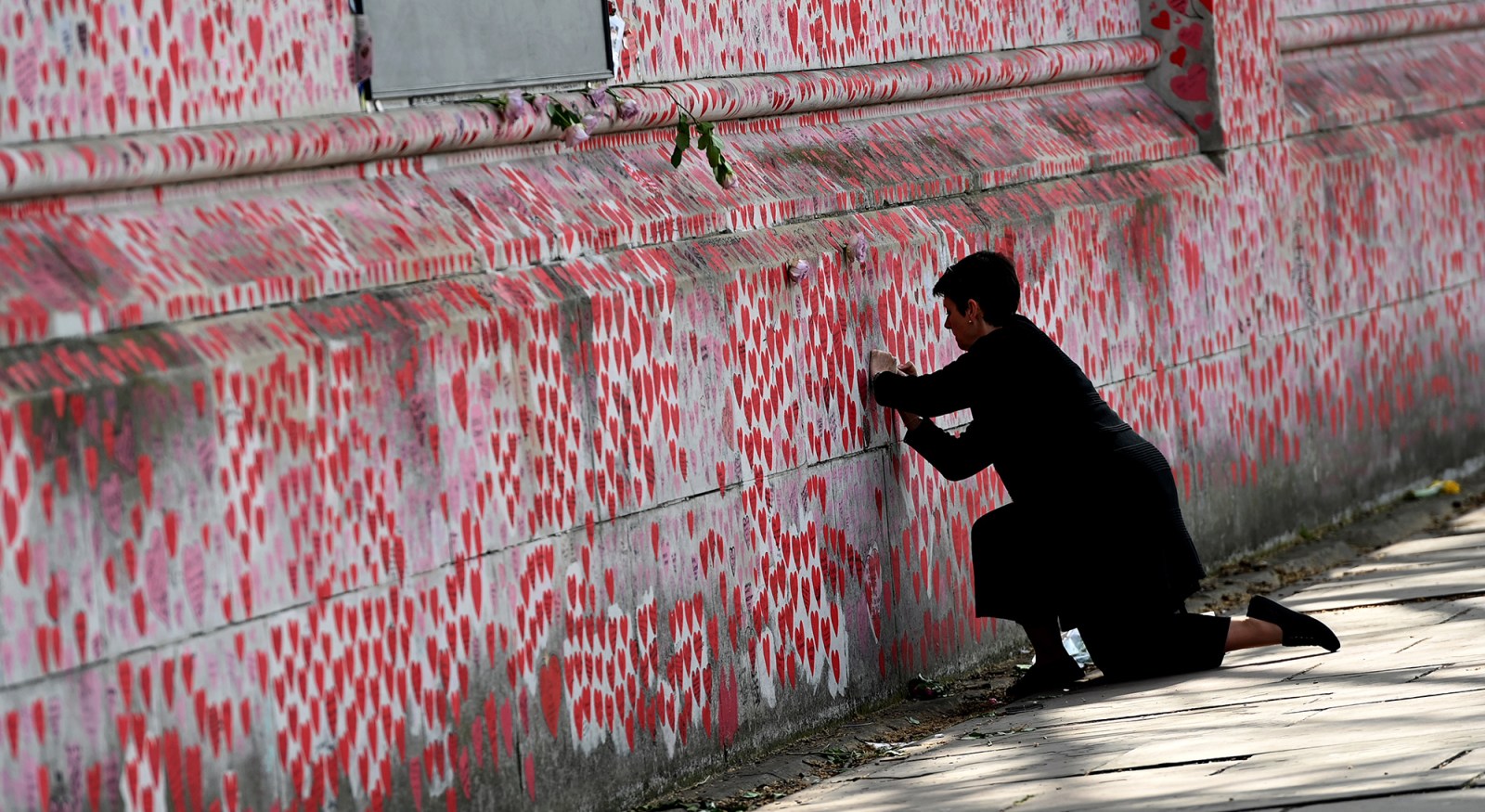 Norway claimed the No 1 spot in Bloomberg’s Covid Resilience Ranking, while the US fell four rungs and Hong Kong dropped to last place.

The Nordic nation topped the rankings in March, while the United Arab Emirates and Ireland round out the top three in the monthly analysis of which places are handling the pandemic the best, with the least social and economic disruption. Hong Kong declined to last among the 53 economies analysed after its outbreak became the deadliest in the world.

China’s economy is bracing for an even bigger slowdown as fears of an expanding lockdown in Shanghai and the spread of Omicron elsewhere continue to grow. Long-lasting restrictions across the country could push gross domestic product growth toward 4% this year, according to UBS Group, well below the government’s target of about 5.5%. 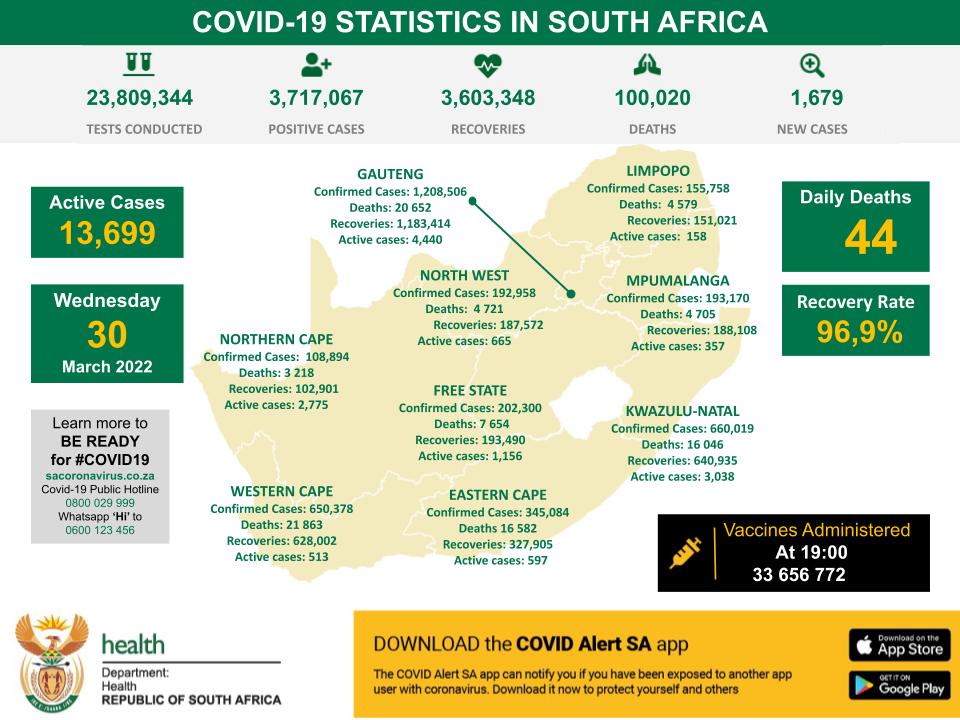 BioNTech said it’s planning a share buyback of as much as $1.5-billion and will propose a special dividend, returning some of the profit from its best-selling Covid-19 vaccine to shareholders.

The German company, which is Pfizer’s Covid vaccine partner, said it expects this year’s revenue from the shot to reach between €13-billion and €17-billion.

The best and worst places to be in March

The US fell four rungs to No 24 as its tally of daily Covid fatalities exceeded 900 on average in March, and the UK slid one spot to No 10 as it experiences a rise in infections driven by another Omicron wave.

Hong Kong scored poorly on Flight Capacity and Community Mobility. Russia was No 52, weighed down by a slow vaccine roll-out and the worst GDP growth outlook among all the ranked places in 2022, largely due to its invasion of Ukraine.

Hong Kong reported 6,981 new Covid cases on Wednesday, the fifth day in a row that daily infections were below five figures.

The city recorded 117 new deaths in the past 24 hours. There are 22 patients in critical condition and 45 in serious condition in hospitals.

Demand for consumer electronics including smartphones, PCs and TVs has been hurt by China’s lockdowns, the head of the world’s biggest contract chipmaker said.

Taiwan Semiconductor Manufacturing Chairman Mark Liu said his company isn’t revising down its forecasts for sales or capital spending for this year. Global demand for chips used in vehicles, internet-of-things gadgets and high-performance computing remains strong, he said at an appearance in Hsinchu, Taiwan, as head of the Taiwan Semiconductor Industry Association.

Toyota Motor Corporation and Volkswagen, the world’s two largest carmakers, suspended production at four plants in Changchun more than two weeks ago when the city was plunged into lockdown to contain a Covid-19 outbreak, and say it’s unclear when workers will be able to return.

That follows an almost two-week shutdown of factories in Tianjin during an outbreak in January.

The threat posed by Covid escalated this week when Shanghai — China’s financial capital — was placed in a phased lockdown, forcing Tesla to suspend production at its Gigafactory for at least four days. Toyota’s bus and truck unit, Hino Motors, has also paused production at its engine plant in the city.

The Wall Street bank plans a full return to its offices in Hong Kong starting in the middle of next month as cases drop and the city begins to ease Covid measures.

Goldman Sachs will “welcome” all staff to return “in anticipated alignment with the government’s relaxation of social distancing measures and resumption of in-person school classes”, according to a memo. It added that if circumstances change, it will amend its approach accordingly.

It joins other banks in a phased return, with HSBC Holdings allowing 30% of Hong Kong staff to work in the office from Friday.

Shanghai’s growing Covid-19 outbreak is causing desperation among residents with chronic medical conditions who depend on the increasingly overwhelmed healthcare system, as even getting to regular appointments becomes nearly impossible.

Local authorities in Shanghai are stressing that emergency medical needs will be met during the lockdown. The people who rely on regular care, however, are struggling with halted transportation, scarce resources and a lack of communication between hospitals and the communities that they serve.

Xuzhou city in the eastern Chinese province of Jiangsu will lock down for three days from Wednesday while it conducts mass Covid tests in key areas.

Shanghai’s lockdown will have even greater ramifications for China and the world than the already significant impact from the lockdown in the tech hub of Shenzhen, according to Bloomberg Intelligence. Combined, the two will likely deliver the biggest hit to the Chinese economy since the nationwide lockdown in the first quarter of 2020. The damage may also spread further because Shanghai is such an important node in global supply chains.

Furthermore, the fact that a well-governed city like Shanghai has had to resort to city-wide lockdowns — after more targeted policies failed to stem the virus — suggests that other local governments may lean toward using strict tactics to achieve Covid zero, widening the risk to the economy.

China’s 5.5% growth target for this year now looks even more challenging. Some help may come at the local government level, as seen by measures unveiled in Shenzhen to support consumption and corporates in the wake of the lockdown. At the national level, more stimulus will almost certainly come.

FDA clears way for millions to get more boosters

US regulators said people 50 and older will be able to get second booster shots of the Covid-19 vaccine from Moderna and Pfizer-BioNTech four months after getting the first.

Much of the decision was based on analysis of data from Israel, which focused on the benefits of a second booster dose in those 60 years and older and people at high risk of severe outcomes of Covid-19, though the fourth dose there was rolled out to older people at the height of the Omicron wave. Cases in the US are now easing though there are fears of a resurgence of the BA.2 strain.

The FDA also authorised a second booster dose of the Pfizer-BioNTech vaccine for certain immunocompromised people of 12 and older, and Moderna’s for a similar population 18 and older.

The European Medicines Agency’s human medicines committee, CHMP, started a rolling review of Hipra, which acts as a booster vaccine for adults who have already been fully vaccinated with a different Covid-19 vaccine.

Hipra, also known as PHH-1V, is a protein-based vaccine is being developed by Hipra Human Health.

Amid what is the deadliest Covid-19 outbreak in the world right now, and government policies that change day to day, a stay-at-home dad from Western Australia has unexpectedly emerged as the go-to source of information for Hong Kong’s expatriate population, and even doctors.

The Twitter account @tripperhead, which has amassed more than 22,000 followers — many more than accounts belonging to local public health experts and government Covid advisers — provides a regular stream of information on the pandemic in Hong Kong. DM/MC

– With assistance from Shirley Zhao.