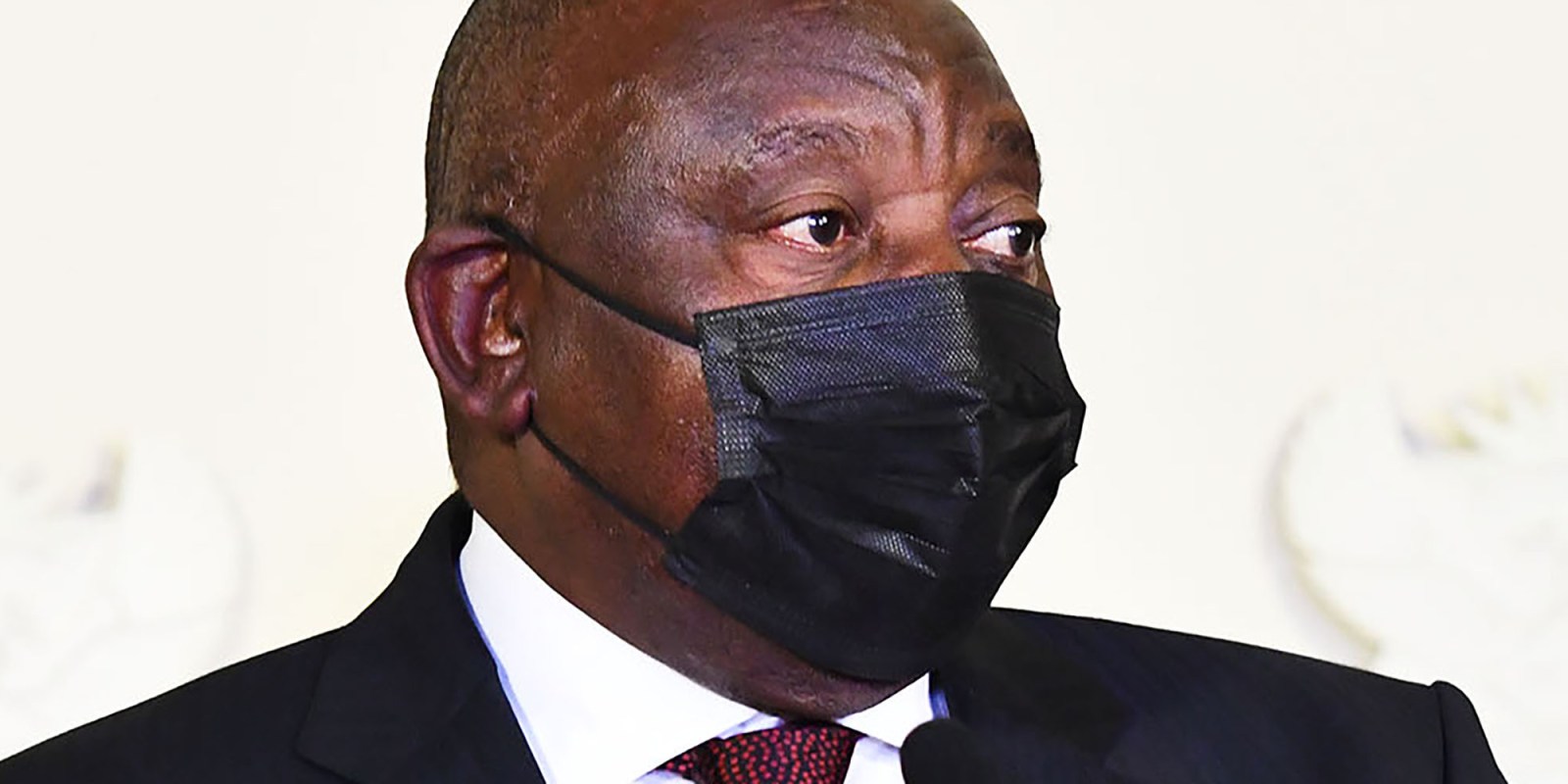 President Cyril Ramaphosa addresses the nation at the Union Buildings in Pretoria, on developments in South Africa’s response to the COVID-19 pandemic on 22 March 2022. (Photo: Jairus Mmutle/GCIS)

President Cyril Ramaphosa has announced new lockdown regulations that will allow more people to attend large events, but the National State of Disaster is likely to remain in place for the near future.

Addressing the nation on Tuesday evening, President Cyril Ramaphosa further reduced lockdown restrictions as severe coronavirus symptoms and hospital admissions remain low, but he resisted calls for an immediate end to the National State of Disaster.

“For two years, our lives have been shaped by this pandemic,” said Ramaphosa.

The President described how life is increasingly returning to normal as restrictions have been eased while coronavirus-related death rates have reduced, largely due to the public’s increased immunity through vaccines or previous Covid-19 exposure.

Under the new regulations, indoor and outdoor gatherings can reach 50% of a venue’s capacity, provided attendees show proof of vaccination or a negative Covid test taken within the previous 72 hours.

That means large sporting events, such as soccer or cricket matches, and cultural and entertainment events, such as music festivals and concerts, can resume at 50% capacity. For events or venues that don’t check vaccination or Covid status, the 1,000 indoor and 2,000 outdoor attendance limit remains.

The maximum number of attendees at funerals has risen from 100 to 200, while night vigils and after-funeral events remain prohibited. People are still required to wear masks in indoor public spaces but not outdoors. Vaccinated travellers will no longer be required to show a negative PCR test to enter the country.

“With these changes, almost all restrictions on social and economic activity will have been lifted,” said Ramaphosa.

The government has been under significant pressure from opposition parties, health professionals and business groups to end the National State of Disaster, which was extended for another month by Cooperative Governance Minister Nkosazana Dlamini Zuma on 15 March.

Cabinet members have said the National State of Disaster will be lifted once new regulations governing the response to the pandemic are adopted.

Proposed regulations were recently released under the National Health Act and Ramaphosa said the National State of Disaster, which gives the executive wide powers to impose restrictions and disrupt daily life, would be lifted when public comments on the draft regulations close on 16 April.

“It just means that we are changing the way we manage the pandemic and we will be relying on health regulations rather than disaster management regulations.

“It means that we are opening our economy still further and that we are resuming many of the social and cultural activities that we have missed over the last two years,” said Ramaphosa.

The President, however, tried to walk a fine line on his commitment to ending the State of Disaster while ensuring the government retains its ability to impose further restrictions when it deems necessary.

Retaining the State of Disaster, which is linked to economic devastation, illogical and inconvenient interruptions to daily life and public distrust of the government’s motives, is untenable.

Professor Shabir Madhi, dean of the faculty of health sciences and a professor of vaccinology at the University of the Witwatersrand, has called extensions to the State of Disaster “nothing more than a power grab”.

Madhi pointed out that the government’s own medical advisory committee had in February recommended lifting all lockdown regulations. Health experts say it focuses on measures to prevent infections, which have previously failed, instead of preventing severe disease and death.

The DA is going to court to challenge the extension of the National State of Disaster, with party leader John Steenhuisen claiming ongoing restrictions are hobbling the country’s economic recovery. ActionSA has also threatened legal action.

Following Ramaphosa’s address, DA spokesperson Siviwe Gwarube said: “Despite some welcome changes, the persisting rules will harm jobs and increase poverty while providing no benefit at all. The DA welcomes the scrapping of the outdoor mask-wearing requirement and the announcement that vaccinated travellers will not need a negative PCR test to enter the country.”

The regulations that have been proposed to guide the government’s response to the pandemic, however, already face significant opposition and will probably be challenged in court, at least in their current form. Critics have described the regulations as an attempt by the executive to maintain the extensive powers it wielded during the pandemic.

The DA’s shadow health minister, Michéle Clarke, called the draft regulations “the ANC government’s way of clinging to power by extending the State of Disaster permanently through legislation”.

The draft regulations allow the government to impose curfews, mask mandates and limit the distribution and consumption of alcohol.

Writing in Daily Maverick under the Scientists Collective, Madhi and other infectious diseases experts said the draft regulations are “an inconsistent, incoherent and illogical set of draft regulations firmly rooted in 2020 when knowledge about Covid-19 was more rudimentary”.

The Scientists Collective noted the draft regulations require people who want to self-isolate or go into quarantine (which has been abandoned under current policies) to have access to the internet or a phone to report symptoms daily and to spend isolation in a well-ventilated bedroom with a bathroom and toilet.

The Scientists Collective called it “unrealistic and untenable in the context of most of the South African population”.