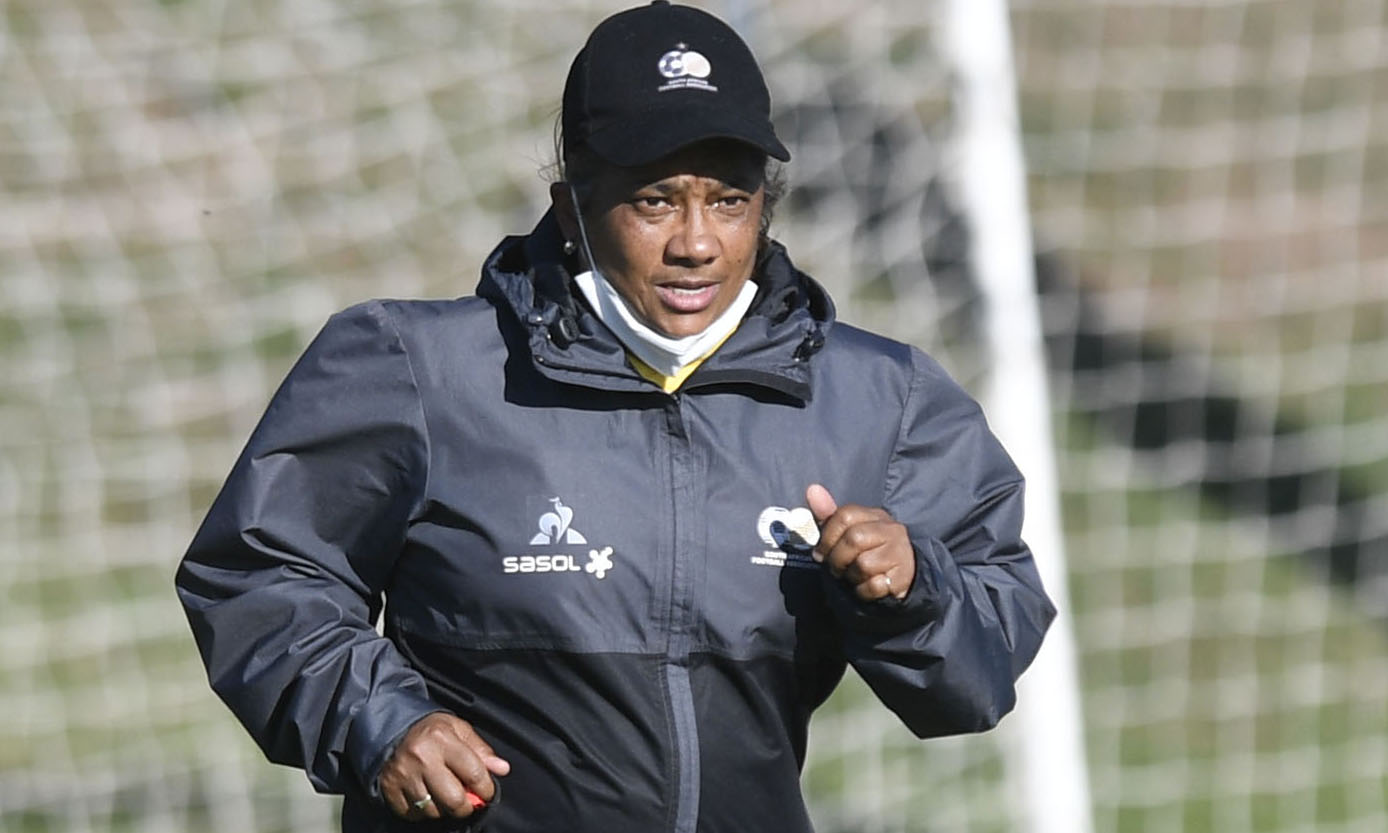 Banyana Banyana will be one of 12 teams vying for African glory in July 2022. In her sixth year as head coach, Desiree Ellis believes her side can finally do it.

After success in their two qualifiers for the competition, South Africa’s senior women’s football team – more affectionately known as Banyana Banyana – are vying for a maiden Africa Women’s Cup of Nations (Awcon) title in 2022.

The team beat Mozambique and Algeria to book their ticket to the 12th edition of the biennial continental showpiece.

The two-legged clash against neighbouring Mozambique in October 2021 saw Desiree Ellis’s side flex their muscles as they recorded a 13-0 aggregate victory.

In February 2022 they faced Algeria, who proved to be a much more formidable opponent for the South Africans. However, Ellis and her troops navigated that potential banana skin by beating the determined North Africans 2-0 in Johannesburg, before playing out a one-all draw in Algiers in the return leg.

During a recent interview with DM168, Ellis, who is in her sixth full year as Banyana Banyana coach after being appointed to replace respected Dutch mentor Vera Pauw in 2016, shared her thoughts on the team’s prospects when Awcon kicks off in Morocco on 2 July.

In 2018, during the last instalment of the tournament (it was cancelled in 2020 because of Covid-19), Banyana Banyana went all the way to the final before they were edged 4-3 by fierce rivals Nigeria during a penalty shootout.

Ellis says her charges have what it takes to clinch a maiden African crown, but the primary target will be to get into the 2023 Fifa World Cup.

Awcon doubles up as a World Cup qualifier, with a last-four spot guaranteeing a place in the global showpiece.

“The first priority is to qualify for the World Cup. To do that we have to make the semifinals. Once we get to the semifinal we’ll go out and see if we can win. But now the tournament is completely different. There are 12 teams [up from the previous eight], which means we have to play a quarterfinal. That could be a banana skin for all of us, because you’re not sure who you’re going to get,” says Ellis.

“We have to be in superb physical condition to have a chance of winning it. We have to ensure we’re defensively strong, which we generally are. We have to make sure we strengthen our attacking side of things, making sure to train a lot under pressure in front of goal, because that will help. Our all-round positional play needs to improve, because we know our strengths and we know our weaknesses… We also have to be consistent in our performances.”

Ellis, a two-time Confederation of African Football (CAF) coach of the year winner, has worked extremely hard over the past six years, moulding Banyana’s identity and style of play with the care of a skilled potter shaping a prized vase. One of her proudest achievements, says the coach, who hails from Salt River, Cape Town, is leading the team to qualification for the 2019 World Cup.

“The highlight of my tenure to date was going to the World Cup. It’s each and every player’s dream to play in the World Cup. So, when we qualified, we realised the dreams of the players and coaches who had come before, who laid the foundation for that milestone to be achievable,” said Ellis.

Of course, there was major disappointment when the team failed to ride the momentum of that memorable achievement as they lost to Botswana during their bid to reach the 2020 Tokyo Olympics.

It was the first time they had failed to reach the global multi-sports spectacle since their debut in 2012.

“The biggest disappointment for us as a group was not going to the Olympics. We got knocked out in the second round of qualification. It was a game that, even if we played for the next couple of days, we might not have scored. We created so many chances but they just never went in. Then we lost in a penalty shootout, which, as we know, is a lottery,” Ellis recalls.

The 59-year-old gravitated towards the game as a youngster when she would spend time at her grandmother’s house while her parents were at work. There she played football with her male cousins and quickly discovered she had a natural talent for the game.

Her father, Ernest Ellis, fully supported her interest in football. Owing to financial constraints, she had to abandon a dream of getting a legal qualification. Later, playing as a forward for Spurs Ladies in Wynberg, she had to juggle her football career with working odd jobs in order to sustain herself.

In 1993, Ellis was a member of the very first Banyana Banyana team as they clashed with neighbours Eswatini.

At that time, she and her teammates could not have imagined that women’s football in South Africa would leap the hurdles it has, nor that so many local players would be plying their trade internationally and making a living purely from football.

It is a development Ellis feels has been priceless for Banyana’s continuing development. The new level of professionalism was evidenced by the team’s defeat of  Nigeria to win the inaugural Aisha Buhari invitational tournament in 2021, with the likes of Thembi Kgatlana, Refiloe Jane and Linda Motlhalo playing key roles.

“We always said that having players abroad, playing in the best leagues and at the top clubs, will make the difference. It showed at the Aisha Buhari Cup what a big difference those players made to us.”

Of course, in spite of the strides made globally, there is still much work to be done to ensure local women’s football lives up to its potential.

A South African national women’s league was formed in 2019. Despite administrative hitches in its maiden season, the league has been invaluable and has increased the quality of the players available to Ellis and her technical team.

“Things are changing, but there’s still a lot of room for improvement. The next step is to fully professionalise the game. That’s very important.

“We still have a lot of players [who] go to work, then after work they have to come train or play. Sometimes they can’t travel with their team on the weekend because they work from a certain time on a Saturday. Hopefully that will change in the not-so-distant future,” says Ellis.

Success in Morocco four months from now will be another step towards realising Ellis’s dream of a fully professional women’s football league in South Africa. DM168