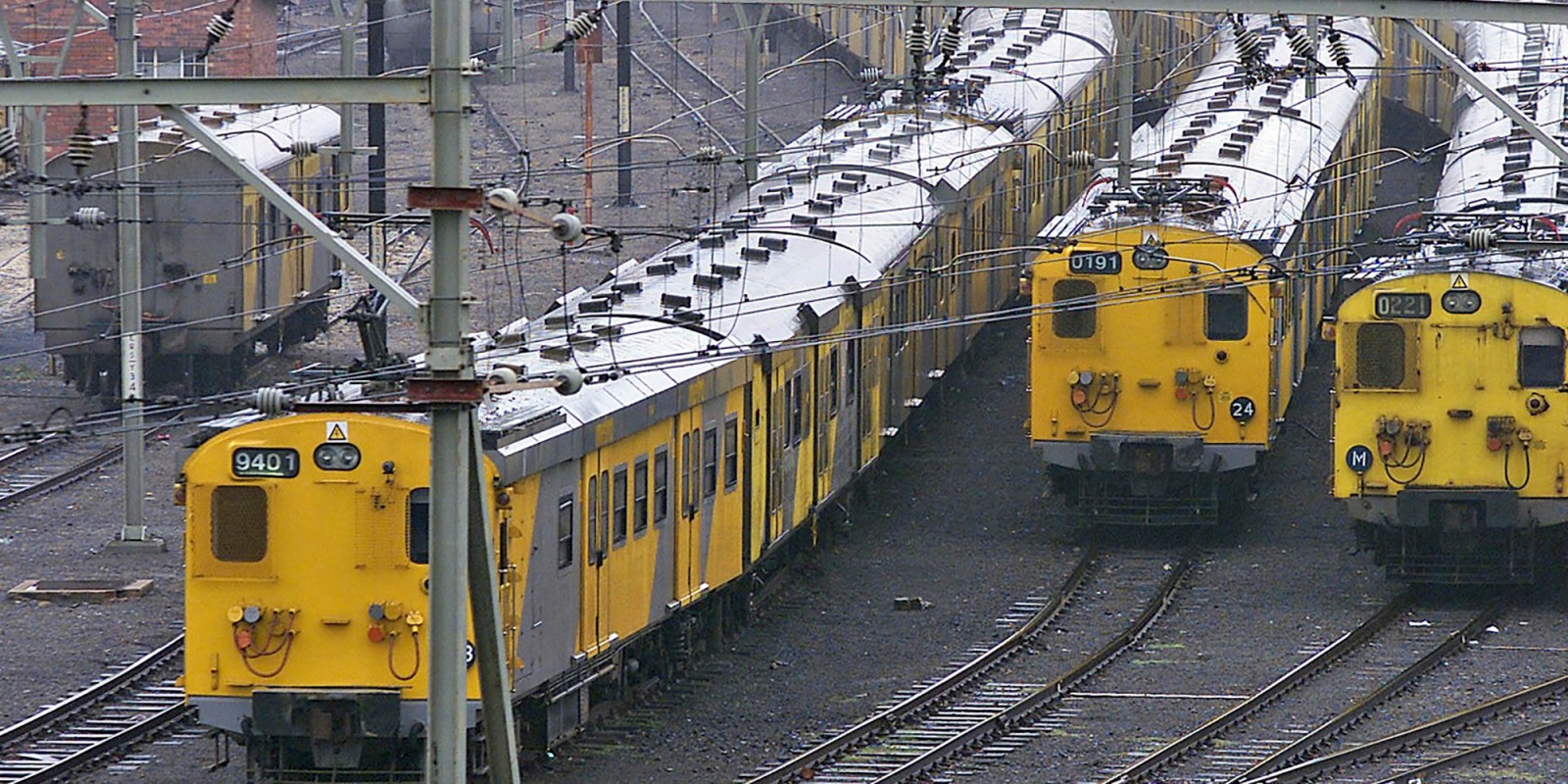 Metrorail in the Western Cape is slowly resuming its service in the province, with additional trains being laid on for commuters in Bellville, Goodwood and Elsies River.

Many trains in the Western Cape stopped running during the Covid-19 lockdown, but things are beginning to return to normal. On Wednesday, the service from Cape Town station to Bellville, via Goodwood, resumed.

It’s not just the pandemic that affected services, though. As in many other parts of the country, railways in the Western Cape have been hard hit by cable theft and vandalism. During a visit to Cape Town in January, Transport Minister Fikile Mbalula said the Northern Line would be reopened in March.

Metrorail Western Cape told Daily Maverick that Parow station was not one of the stops as it had been “completely vandalised”.

During Mbalula’s visit in January, he named Parow as one of five stations on the Northern Line affected by “extreme vandalism” and “in a bad state of repair”. Mbalula said Elsies River, Tygerberg, Vasco and Thornton were among the stations earmarked for refurbishment by Prasa (Passenger Rail Agency of South Africa), under whom Metrorail falls.

The first train left for Cape Town from Bellville at 5.40am on Wednesday. The train ran throughout the day. Minor repair work remains to be done at Bellville and other stations due to vandalism, Metrorail said in response to queries from Daily Maverick.

Over the past year, Prasa has been working to resume lost train services in the province. The agency now operates a full service on the Southern Line running from Cape Town to Simon’s Town on the Cape Peninsula. It showcased the new “People’s Train” on that line. Prasa has since received permission from the Railway Safety Regulator to operate these improved trains on a normal service.

Prasa is still working towards reopening the troubled Central Line, which runs between Cape Town and working-class suburbs such as Philippi, Netreg, Chris Hani (Khayelitsha) and Kapteinsklip ( Mitchells Plain). Over several months, the line suffered extensive vandalism and theft of cables and infrastructure.

Also delaying efforts to reopen the line are people who have illegally built shacks on the tracks at Philippi and Langa stations. Prasa is hoping to remove the shacks before a court-mandated July deadline and get the service up and running.

Earlier in March, Daily Maverick reported that rail services in the Western Cape ground to a halt due to vandalism at Eskom’s Tafelbaai substation, which supplies power to Metrorail.

“Our aim is to get services back throughout the entire Western Cape. It won’t be easy, but the team is prepared,” said a statement issued by acting Metrorail regional manager, Koparo Molefi. DM