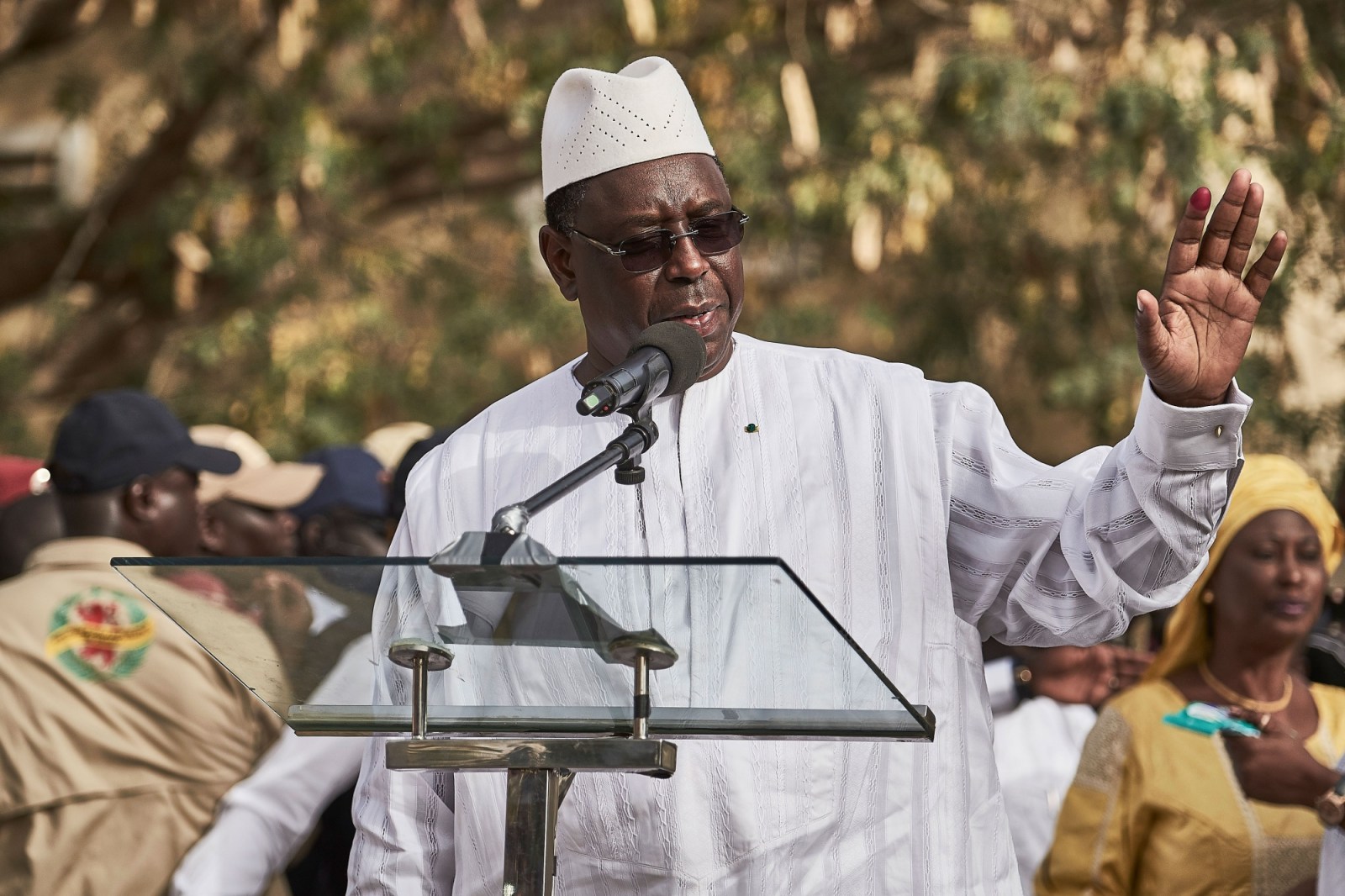 Senegal president Macky Sall has been sworn in as rotating chair of the African Union for 2022. (Photo: Xaume Olleros/Getty Images)

The country’s national and international legitimacy is likely to put additional weight behind its objectives for cohesion in West Africa.

At the February African Union (AU) summit, president Macky Sall was sworn in as rotating chair of the continental body for 2022. The priorities identified by Senegal’s president for his term are financing Africa’s development, reviving African economies post-Covid-19, and boosting the continent’s stability and fight against terrorism.

Senegal takes the AU presidency at a time when Africa faces major political and security challenges, particularly in West Africa and the Sahel. And while Senegal’s tenure has raised expectations, how much can be achieved during the one-year term?

Can Senegal help find lasting solutions in line with the principles of subsidiarity between the AU and regional economic communities? The country is both this year’s AU chair and a Peace and Security Council (PSC) member — a unique position that provides advantages in achieving its priorities set out as AU chair.

Internally, Senegal is perceived as a stable country in a troubled region. It has never experienced a coup and has had two peaceful changes of power. Although exposed to threats of violent extremism, due to its geographic location on the edge of the Sahel, it has not experienced a terror attack on its soil.

Despite the small size of the country and its economy, Senegal has positioned itself as an influential player through, for example, its noteworthy participation in United Nations (UN) and regional peacekeeping operations. Active diplomacy has also enabled it to manage various crises in neighbouring countries, such as Guinea-Bissau and The Gambia. Resolving these conflicts has also benefited Senegal’s internal security.

Since 2011 when Sall was a presidential candidate, ‘good neighbour diplomacy’ has defined Senegal’s foreign policy. Based on consultation and cooperation with its neighbours, Senegal has helped resolve the crisis in Casamance. In this southern region, the separatist Movement of Democratic Forces of Casamance has been seeking independence for 40 years.

Senegal’s national and international legitimacy will be important during its AU presidency. The credibility of the AU and the Economic Community of West African States (Ecowas) has been damaged by inconsistent positions — largely due to internal dissension — on issues such as the coups in Mali, Guinea and Burkina Faso. To deal with this, Ecowas intends to adapt its policies and practices to enable more consistent management of unconstitutional regime changes. It has initiated a revision of the Additional Protocol on Democracy and Good Governance.

At the AU level, Senegal should pursue similar efforts in the PSC. Under Ghana’s presidency, the PSC has started reforming the protocol to outlaw unconstitutional changes of government. The AU is meeting in Ghana this week to discuss the issue ahead of an extraordinary summit in Malabo in May.

While reform of the protocol is necessary, what is most important is that member states respect and implement its provisions. The silence of most PSC members on the issue of third terms and their sanctioning of military coups have given the impression of double standards and support for incumbents.

Faced with Africa’s proliferation of coups, Senegal is taking a firm stance by condemning them and endorsing Ecowas’ decisions against the transitional governments. This position obliges Sall, in terms of internal policy, to set an example, particularly when it comes to consolidating Senegal’s democratic gains. Two years before the end of his presidency, there are still suspicions that Sall may run for a third term.

As AU chair, Sall also wants to address the issue of financing counter-terrorism measures. This raises the question of African countries’ ability to mobilise their own resources and hold onto leadership over their initiatives. The failure of African institutions to find the required funds at the beginning of the Malian crisis in 2012 is one example. Another is Ecowas’ ambitious counter-terrorism plan for 2020-24, which is being implemented slowly due partly to insufficient resources.

Launched in 2018, the AU Peace Fund stands at $315-million as of March, against the $400-million planned. As a result of the shortfall, the AU wants to raise contributions from the UN, convinced that this is a funding mechanism that would ensure the visibility and sustainability of operations.

At the recent AU-European Union (EU) summit in Brussels, Sall proposed that the European Peace Facility be reoriented towards West Africa and the Sahel. Recent developments in eastern Europe and the EU’s support for Ukraine are reminders that Africa must develop a strategy to mobilise its own peace and security resources rather than relying on international support.

Senegal’s goals of securing African financing for African operations and achieving political stability in West Africa are ambitious. Given the short duration of the AU chairmanship, peace and security objectives must be realistic and measurable if Senegal is to make an impact in the medium and long term. DM