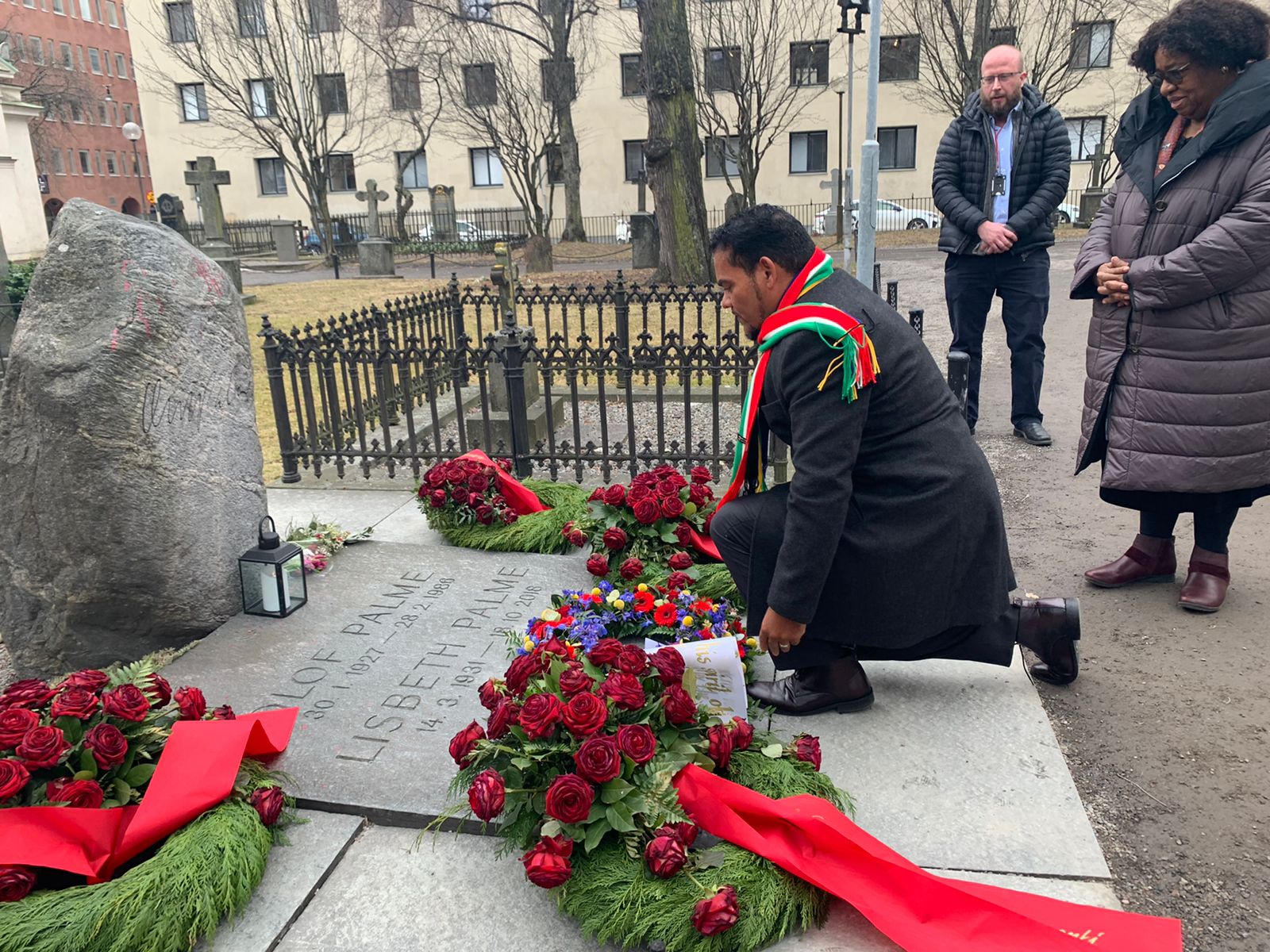 Alvin Botes was on a working visit to Sweden and Norway that included political, trade and climate consultations with his counterparts in both governments as well as meetings with business leaders and investors.

Håkan Juholt said Botes had spent almost a day at the Olof Palme International Center in Stockholm, at his gravesite and at the place where he was murdered in the capital in 1986. Palme, the Social Democratic prime minister at the time of his death, had been a very vocal critic and instigator of sanctions against the apartheid regime and had made Sweden one of the main supporters and financiers of the liberation struggle. The apartheid government was widely suspected of being behind his killing. But no one was ever charged for the murder, which remains a mystery.

Juholt told Daily Maverick that at a reception that evening at the Olof Palme centre attended by many of the strongest supporters of Sweden’s anti-apartheid movement, “Botes was so clear on support for Ukrainian sovereignty and that the war is a violation of international law and the UN Charter.

Juholt said Botes had also confirmed that the statement issued by South Africa’s Department of International Relations and Cooperation on the day of the invasion, calling on Russia to withdraw its forces and respect Ukraine’s territorial integrity and sovereignty, still stood.

Juholt added that in the political consultations, Sweden made it very clear to Botes that:

“This is not in any way a complicated conflict. It’s armed aggression orchestrated by a dictator of an authoritarian regime attacking a democratic state, where you have free press, right to vote, right to express yourself.

“And it is that that is attacked. Not primarily an attack on Ukraine. It’s an attack on those values. Russia cannot accept that those values are getting closer to the Russian border. Everything we take for granted.

“The lovely South African Constitution. Most of that would not be legal, just to advocate it in Russia. People say it’s a complicated conflict. No, no, not at all. I’ve heard so many saying that there’s nostalgic support for Russia supporting the ANC in the liberation struggle.

“I attended a meeting with Mandela in the Swedish Parliament in 1990. So the support [to the liberation struggle] was given by the Ukrainians and all other parts of the Soviet Union. So we have been very clear. The war is a violation of international law, of the UN Charter. So everyone must ask themselves: ‘Who’s next to be attacked?’” DM