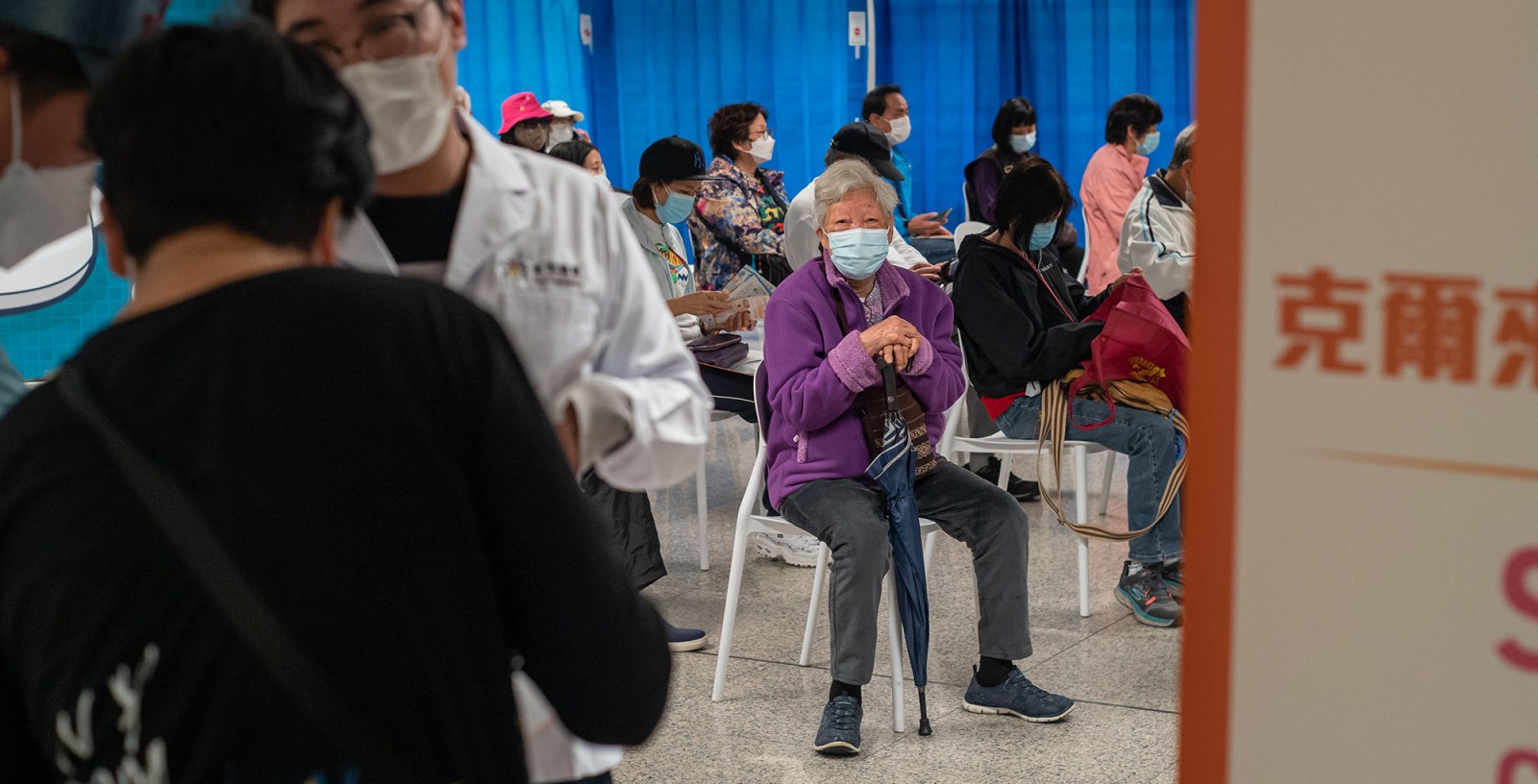 People rest after receiving the Sinovac vaccine at a vaccination centre set up in an MTR station in Hong Kong, China, 11 March 2022. (Photo: EPA-EFE / JEROME FAVRE)

Hong Kong reported more than 32,000 new Covid cases and 190 deaths, underscoring the territory’s struggle to contain the latest wave of a pandemic that also threatens to expand on the mainland.

China placed the 17.5 million residents of the southern city of Shenzhen into a lockdown that’s due to last until March 20, AFP reported, citing a city government notice.

China reported more than 3,300 Covid-19 infections on Saturday as the country faces its worst outbreak since the early days of the pandemic and officials step up efforts to stem the spread. 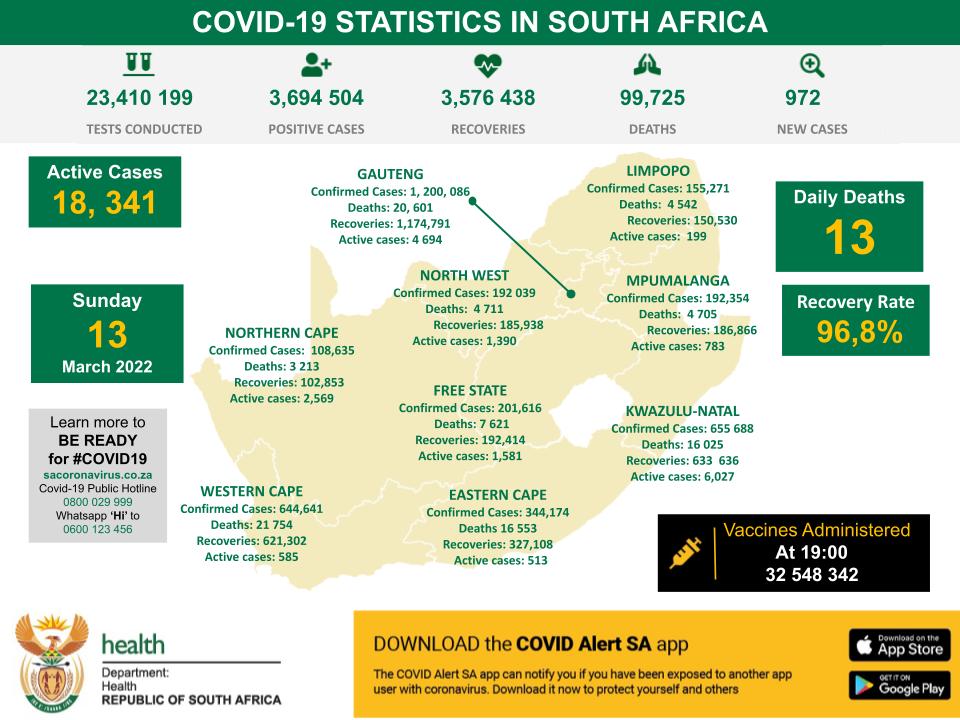 China placed the 17.5 million residents of the southern city of Shenzhen into a lockdown that’s due to last until March 20, AFP reported, citing a city government notice.

The measures, which came after virus cases doubled nationwide to nearly 3,400, extend restrictions placed earlier on the city’s central business district. The surge in infections is thought to be linked to the neighbouring city of Hong Kong, where about 300,000 people are currently in isolation or under home quarantine. Alongside the lockdown, Shenzhen will launch three rounds of mass testing of residents.

All bus and subway systems across the city were ordered to shut down during the restrictions. Businesses, except those providing essential services, will also close, and employees will work from home if they can. Residents will be barred from leaving the city, except in limited situations, and they will need to produce a negative Covid test within 24 hours, AFP said.

Hong Kong says about 300,000 people in isolation or quarantine

About 300,000 people in Hong Kong are currently in isolation or under home quarantine, Chief Executive Carrie Lam said at a press conference on Sunday. The city plans to mobilise all sectors to fight Covid and help quell the fifth wave of the pandemic.

China reported more than 3,300 Covid-19 infections on Saturday as the country faces its worst outbreak since the early days of the pandemic and officials step up efforts to stem the spread.

There were 1,807 confirmed local infections and 1,315 asymptomatic cases, the National Health Commission said on Sunday. The northeastern province of Jilin accounted for more than 2,100 of the cases. China also reported more than 200 imported cases.

Nine cross-province bus stations have halted operations in the city with destinations mainly to provinces including Jiangsu, Zhejiang, Anhui, Shandong and Jiangxi, according to a statement on a local government website.

Shanghai will suspend all cross-province bus services from March 14.

Virus cases in US steady

Coronavirus cases in the US were little changed from the previous day at about 79.5 million, as of 2:40 a.m. Hong Kong time on Saturday, according to data collected by Johns Hopkins University and Bloomberg News. The national increase in cases matched the average daily gain of less than 0.1% over the past week.

Brazil to review Sinovac use on children aged three to five

Instituto Butantan, the distributor of the Sinovac shot, has asked Brazil to use the Sinovac vaccine on three- to five-year-olds. Brazil’s health regulatory agency will have seven days starting on Monday to review the request, according to a statement from the agency known as Anvisa.

Sinovac’s CoronaVac Covid vaccine has been in use in Brazil since June 2021 and was extended to children as young as six this year.

China has asked residents in the technology hub of Shenzhen to work from home and has closed non-essential venues in a southern Chinese city as the country braces for a nationwide Covid-19 resurgence.

The growing clusters spawned by the highly infectious Omicron variant in China’s most developed large cities and economic powerhouses have turned into an unprecedented challenge for the country’s Covid-zero strategy, a policy abandoned by the rest of the world. DM/MC

– With assistance from Saket Sundria.