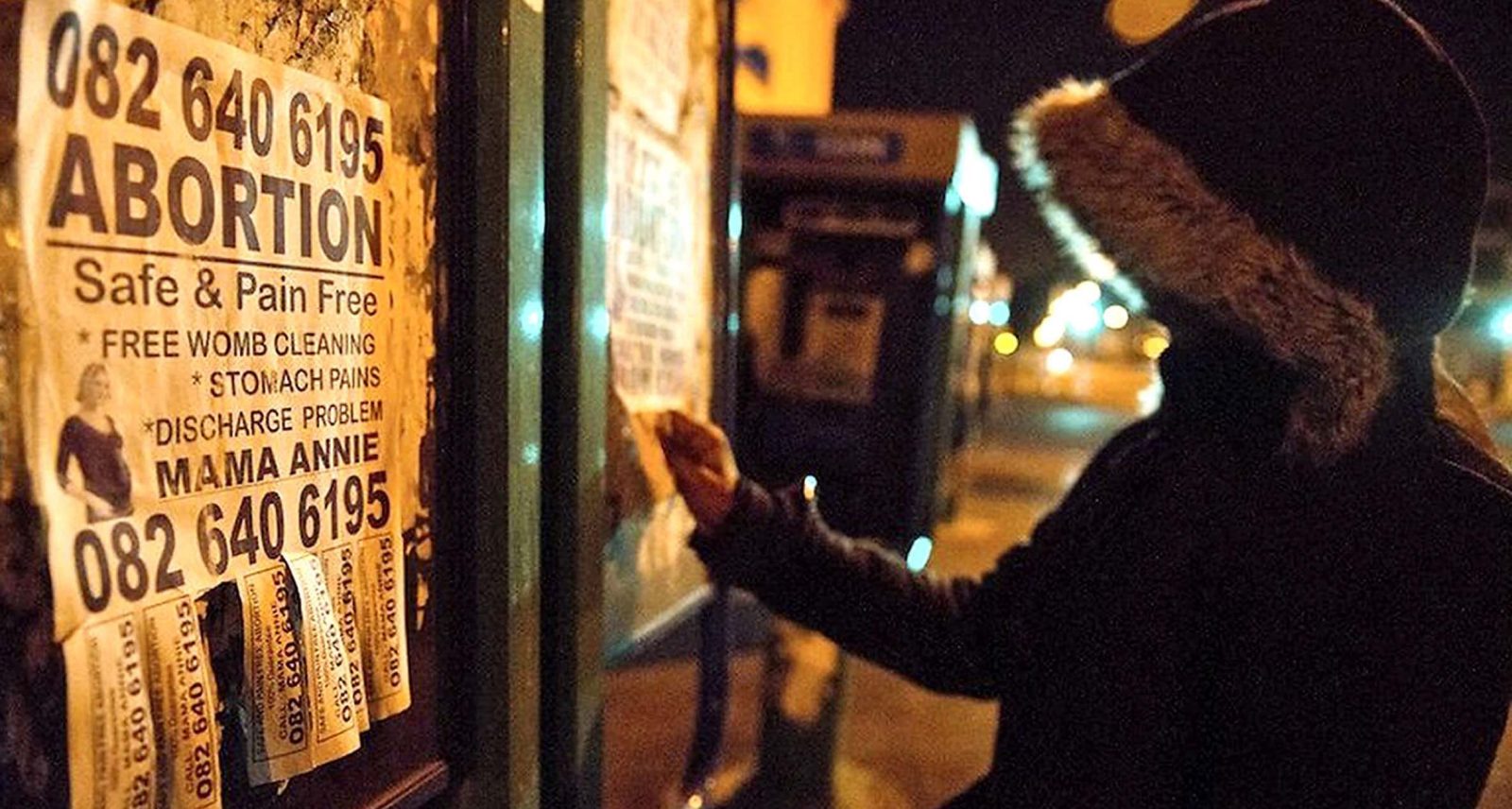 Women and girls are often forced to seek informal, illegal and unsafe abortions owing to various systemic barriers. Khanyisa Mapipa, Sibusisiwe Ndlela and Thokozile Mtsolongo look at the state of abortion services in the public sector in the Eastern Cape.

Following the publication of an article by GroundUp on 21 October 2021 (“Pregnant Women queue all night outside abortion clinic”), we followed up to determine the state of abortion services offered by the Eastern Cape health department.

We visited Mthatha Gateway Clinic (the clinic mentioned in the GroundUp article), spoke to a number of women seeking abortion services at the clinic, and called facilities designated by the provincial health department as abortion service providers to verify that these services were, in fact, provided.

During our conversations with the women at the clinic and with staff at various public healthcare facilities designated to provide abortion services throughout the Eastern Cape, we picked up a number of irregularities in how the services are offered in the province.

In one case, Precious Mthembu (not her real name) approached the clinic to access abortion services, but said patients were not given one-on-one consultations with the abortion provider. Instead, they are all addressed in one room. There were no demarcated consultation bays with curtains or partitions for privacy, and nursing staff often shouted personal and confidential patient medical information to colleagues, within earshot of other patients.

Mthembu said medical exams were performed in full view of other patients and medication was administered with all the patients in one room, with patients passing pills down the queue to each other.

What the law says

Section 14 of the National Health Act states that all patient information, including that relating to their health status and treatment, is confidential. It explicitly prohibits the disclosure of any patient information. In addition, Section 7(5) of the Choice on Termination of Pregnancy Act states that the identity of a woman who has requested or obtained a termination of pregnancy shall remain confidential at all times unless she chooses to disclose that information.

Furthermore, the importance of patient privacy and confidentiality is emphasised throughout the national guidelines for the implementation of the Choice on Termination of Pregnancy Act, published by the Department of Health in 2021. According to the guidelines, the setting for the abortion, including the consultation, procedure and recovery rooms, should respect the need for patient privacy and dignity.

For more information on the guidelines and the act, see our article, “A look at the new abortion guidelines”.

It is clear from the provisions cited above that the clinic’s deviation from these legislative prescripts and policy guidelines is unlawful.

Mthembu also said patients were required to provide reasons for seeking abortion services in the presence of other patients. The reason must be satisfactory to the abortion provider and if it is not, the patient is allegedly denied the abortion.

Asking patients to provide reasons for an abortion is expressly prohibited by law. Section 2(1)(a) of the act states that a pregnant woman is entitled to an abortion upon request if she meets certain criteria. (A summary of the criteria specified in the act is provided in the table below.) 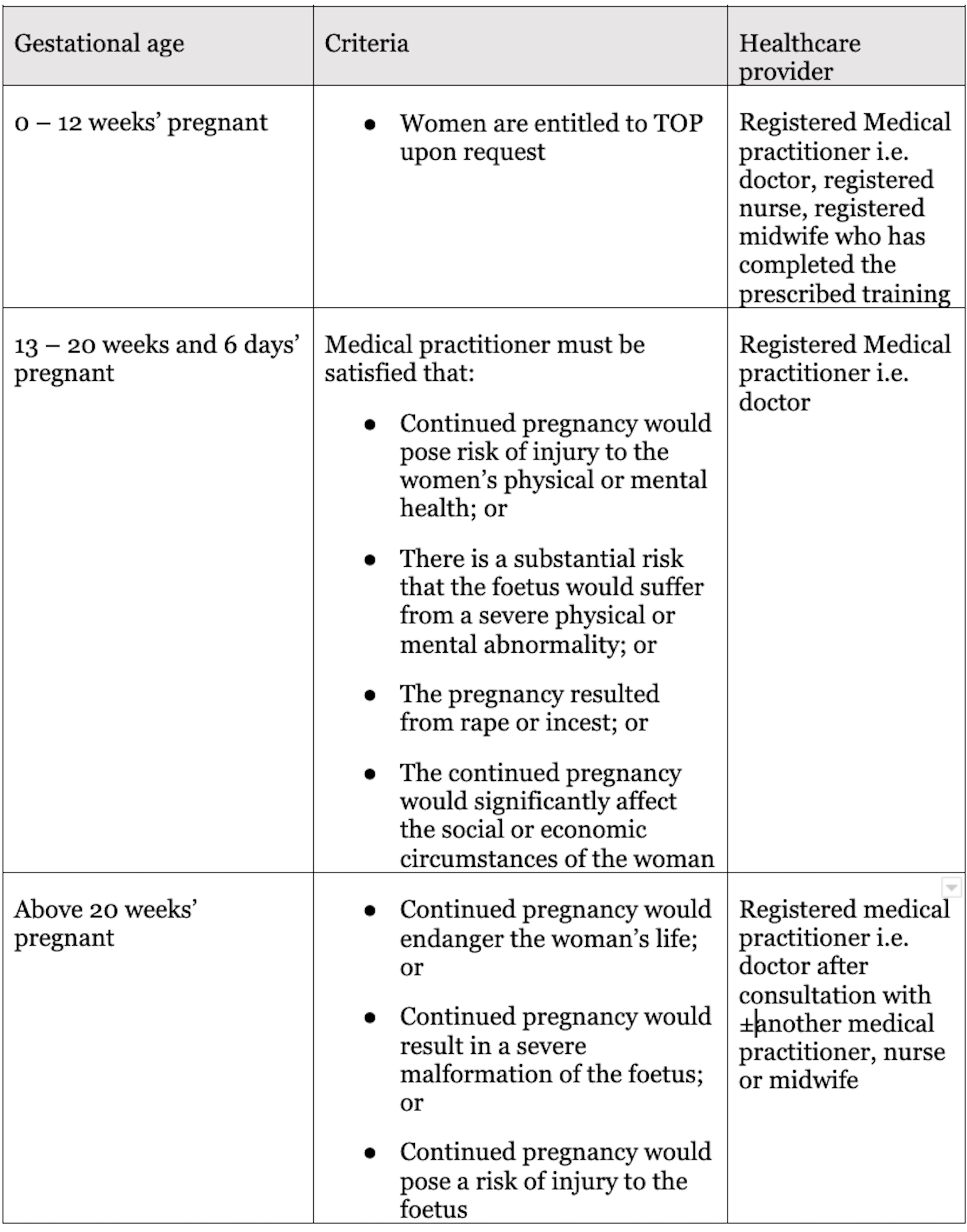 During our visit to the clinic, we encountered a number of minors seeking abortion services. Gladys Soyi (not her real name) was accompanied by her maternal grandmother and was refused an abortion because her surname was not the same as her grandmother’s. She was told she needed to return with an adult who had the same surname.

The clinic’s requirement that a minor is accompanied by an adult is unlawful. Section 5(3) of the act provides that pregnant minors shall be advised to consult with their parents, guardians, family and friends but shall not be denied abortion services in the event that they choose not to do so. Section 5(5) states that no consent other than that of the pregnant individual is required, irrespective of age.

According to the guidelines, it is estimated that 50% of abortions are performed by informal, illegal and unsafe providers. Women and girls seeking abortions are forced to seek informal, illegal and unsafe abortions as a result of barriers as reported above. The unlawful practices exercised by the public sector-designated abortion facilities, such as those discussed above, leave women vulnerable to illegal abortion providers.

During our visit to the clinic we were approached by an individual advertising the services of an illegal abortion provider. From where the woman was sitting at the entrance to the clinic, she could look for women and girls who, for whatever reason, were not being helped.

Another factor fuelling illegal and unsafe abortions is the unavailability of safe abortion facilities. In earlier correspondence with SECTION27, the Eastern Cape health department confirmed that only 44 of the 54 facilities designated to provide abortion services actually provide them. After our visit to the clinic we contacted all 44 but only got through to 29. Of the 29, two facilities – Elliotdale Hospital and the Qumbu Community Health Centre – do not perform abortion services at all.

In four hospitals – Butterworth, St Patrick’s, Hewu and Adelaide – there is only one nurse responsible for performing abortions, and they were on leave at the time of the inquiry (women seeking urgent help were advised to go elsewhere).

Although there are two facilities designated to perform second-trimester TOP services, only one (Frere Hospital) in the entire province does.

The disregard for privacy and confidentiality (as well as the unlawful requirement for minors to be accompanied by adults) corrodes the trust that pregnant women seeking abortions have in the public health system. From the act and the guidelines it is clear that the system was designed to be as welcoming and as accommodating as possible for women who choose to terminate their pregnancies. So, when the abortion providers deviate from the provisions of the act and the guidelines, they create an opportunity for illegal abortion providers to take advantage of desperate and vulnerable women. DM/MC

This article is the first in a three-part series in which we examine issues underlying abortion services in the public health sector in the Eastern Cape.

NOTE: This article is written by employees of SECTION27. Spotlight is published by SECTION27 and the Treatment Action Campaign but is editorially independent, independence that the editors guard jealously. The views expressed in this opinion piece are not necessarily those of Spotlight.