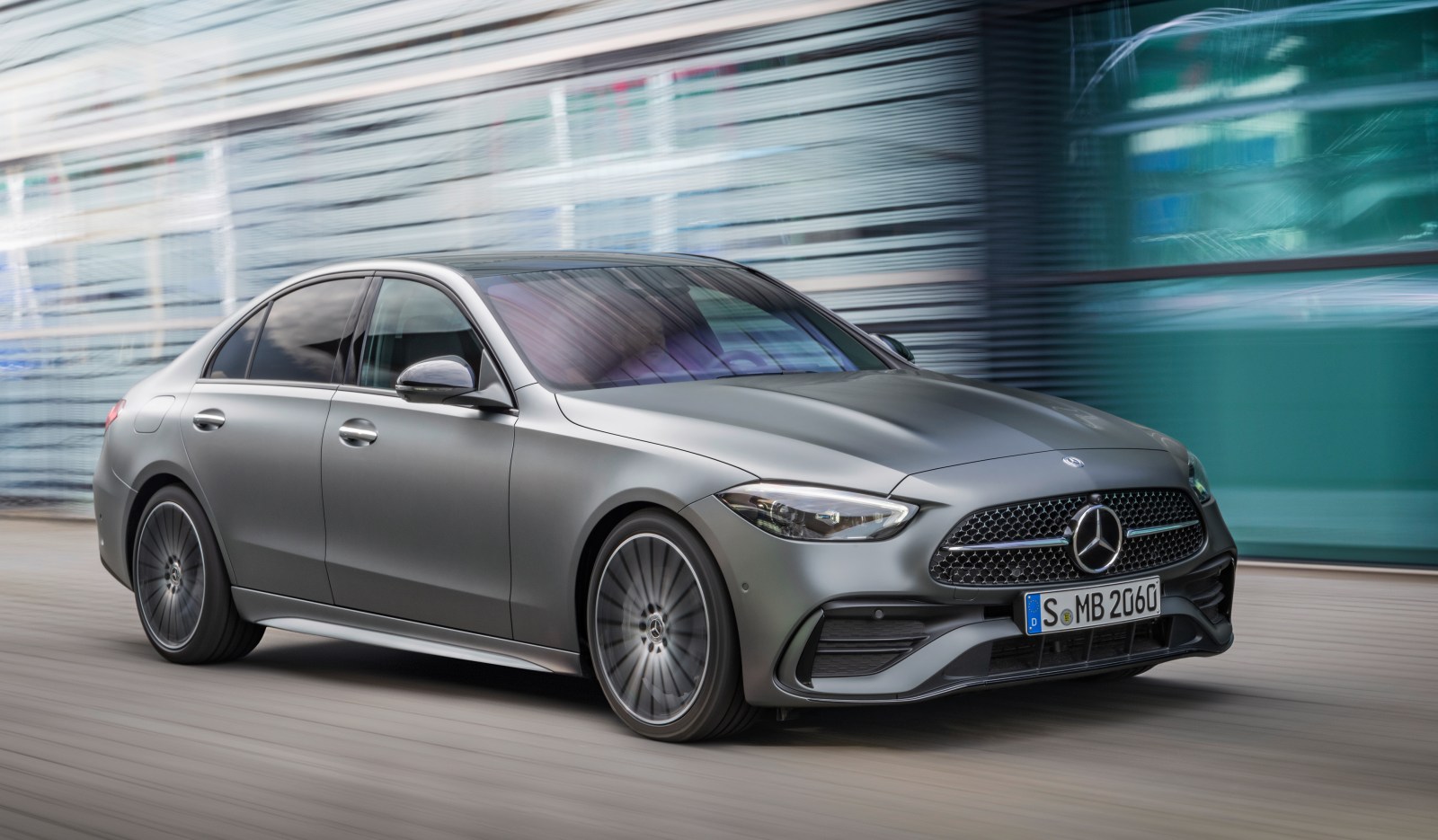 Backed by an investment of R13bn, the locally produced, big-selling C-Class is finally here.

If you’re a Merc S-Class fan, but can’t quite part ways with R2.5-million, your next best bet is the Mercedes-Benz C-Class.

Officially launched during the last week of February, this sixth-generation “baby S-Class” is undoubtedly the most luxurious version to be seen since the C-Class was first unveiled in 1982. Back then, it was fondly known as the “Baby Benz” 190, and over the next four decades, close to 11 million C-Class models were sold.

This new one is in every way a worthy competitor to its rivals in the segment: the Audi A4 40 TFSI S-Line, the BMW M240i and the luxurious Lexus IS 300h F-Sport.

What makes this executive sedan all the sweeter is that it’s totally locally produced at Mercedes-Benz’s world-class plant in the Eastern Cape, joining Bremen and Beijing as one of the world’s three C-Class manufacturers. The Cs that roll off the line in the Eastern Cape are produced in left- and right-hand drive to meet demand in more than 80 global markets.

Mercedes-Benz has a rich and interesting legacy in South Africa. The Benz Velo — with a top speed of 19km/h — was the first car to be imported on to local soil in 1896 and became the world’s first large-scale production car.

In 1958, Daimler-Benz, as it was called back in the 1950s, opened its first assembly plant in East London, where the in-line 4-cylinder W120 and W121 sedans and the in-line 6-cylinder saloon, coupé and convertible W180 series were assembled.

In the 1990s, the C-Class became the main production focus at MBSA’s local Eastern Cape plant, and in 2015, the millionth unit rolled off the line.

Mercedes-Benz made headline news in 2018 when it announced an investment of R10-billion to oversee the local production of the new C-Class. In July 2021, the company added an additional R3-billion to top up its investment. Subsequently, more than 600 new jobs have been created and more than 500 hi-tech robots have been installed at the East London plant.

Much like I felt when I recently reviewed the locally produced Polo, there is something rather special about turning on the ignition of a car that’s been made entirely by local hands (and robots that live here).

In late February, I got to test drive both the C-Class diesel and petrol rear-wheel drives, both supported by nine-speed automatic transmissions. The C220d AMG is underpinned by a 2.0-litre four-cylinder turbocharged diesel engine, offering 147 kW and 550 Nm, while the  petrol-powered C200 AMG Line features  a 1.5-litre turbocharged engine with EQ electric boost, and offers 150 kW and 300 Nm

The first thing that strikes one after climbing in, is how much the interior resembles the current S-Class cabin architecture with regard to quality and basic layout. It does indeed feel like the C-Class has evolved into a whole new luxury league. For instance, the 24cm infotainment touch screen (which can be upgraded to a 30.4cm unit) features the latest second-generation MBUX operating system, and is a direct ringer for Merc’s top-notch S flagship.

The leather seats and driving position are spot on and it’s significantly more spacious than its predecessor — the new C is 6.35cm longer and 1cm wider, and to give it a bit more sporty appeal, the roofline sits 1cm lower.

There are, however, a few reminders — in terms of quality of some interior materials — that you are in a C- and not an S-Class, but overall Merc has met the demands of a highly discerning customer.

Out on the road, the drive is quiet and smooth although it doesn’t quite hit that otherworldly serenity that the Lexus IS offers, but then the Japanese sedan is a hybrid.

It’s on long, open roads where the C-Class really finds its sweet spot, with ample power and impressive engineering coming to the fore. The nine-speed gearbox is a winner, shifting smoothly and quickly between ratios. On Du Toitskloof Pass, both the C-Class petrol and diesel showed confidence on twisty bends, with a noticeably good suspension and no discernible body roll. It’s also got an impressive turning circle.

With fuel prices at all-time highs, the 220d’s real party trick is its spectacular drive range of just under 1,000km, sipping less than 5l/100km. Surprisingly, the sportier AMG, which sits 15mm lower than standard and offers sports suspension, is not that much thirstier than its diesel counterpart, consuming less than 7l/100km. That’s thanks to its EQ boost electric starter motor, which also adds 15kW, upping the total system output to 165kW. The 0-100km/h sprint is claimed at 7.3 seconds, similar to figures of the BMW 320i M Sport and Audi A4 40 S-line.

The petrol unit I got to luxuriate in was one of MBSA’s limited-edition C200 Edition 6s, of which only 400 are up for grabs locally. Available in Spectral Blue and Selenite Grey, the special edition includes standard features like an AMG Line trim, 19-inch AMG alloys and a panoramic sliding sunroof.

What did get me gasping was the pricey option list for the new “Baby S-Class”, which edges it a tad closer to the cost of its flagship S brother.

For instance, the Advanced Plus Package, which includes ambient lighting and illuminated door sill panels, will set you back R21,000. The Premium Package, which has a 360° camera to make parking a cinch (among a whole lot of other goodies), will demand R62,000. And then the king of all packages, the Premium Plus Package, costs a cool R118,000.

With the insatiable ever-growing appetite for SUVs in SA, causing progressively dwindling numbers in the executive sedan segment, the C-Class is a reminder of why a great sedan is so pleasurable to drive.

Overall it does a sterling, albeit pricey, job, offering impressive luxury, drive, efficiency and comfort. In fact, the new C-Class may just lure some of those Merc GLA, GLB and GLS customers back into the sedan stable.