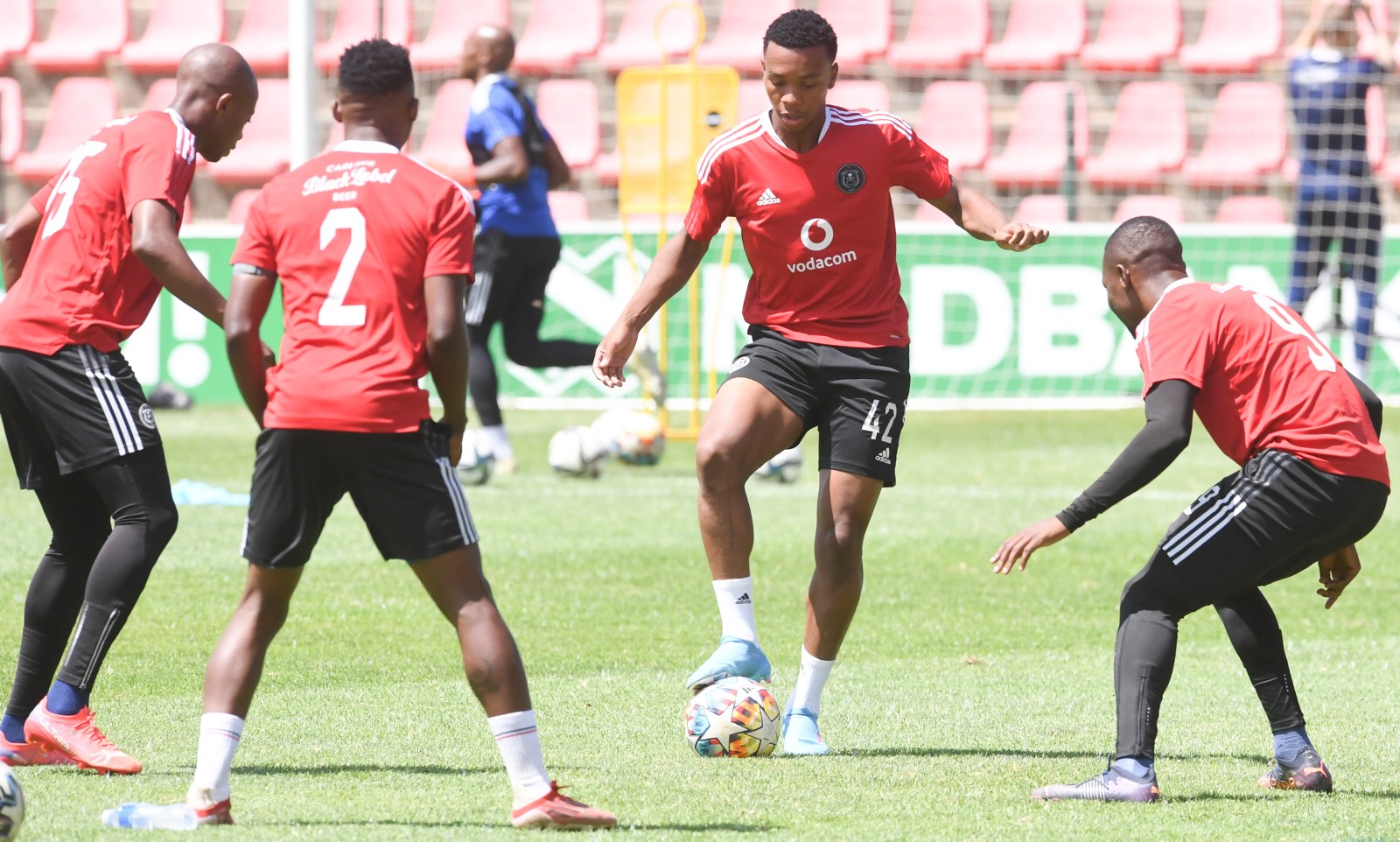 The Soweto giants will clash with the defending champions in the Nedbank Cup last 16, while Mamelodi Sundowns entertain ABC Motsepe League side Mathaithai.

Orlando Pirates co-coach Fadlu Davids has lavished praise on his Marumo Gallants counterpart, Dan “Dance” Malesela, for the amazing job the 56-year-old has done since taking over at Gallants in November 2021.

The two teams clash in the Nedbank Cup round of 16 on Wednesday evening, with Pirates aiming to extend their all-time Nedbank Cup haul to nine, after winning their eighth title back in 2014.

Meanwhile, Gallants – while still operating under the moniker of Tshakhuma Tsha Madzivhandila (TTM) – became the most recent team to win the competition after defeating fellow surprise finalists Chippa United during the 2021 edition.

Having already started the season poorly and finding themselves second from bottom on the log after managing just two points from their first five league games of the season, Bahlabane Ba Ntwa dismissed Frenchman Sébastien Migné for insubordination. They replaced him with Malesela in November 2021.

A turnaround in fortunes since then sees the team now sitting 10th on the log. The Limpopo-based side have also been on a four-game winning streak since the start of 2022.

In Pirates they encounter an inconsistent side teeming with quality players who can turn on the style at any given moment. Despite the gulf in quality and resources, Davids says his team has respect for Gallants, specifically the work that Malesela has done since coming onboard.

“They are on a fantastic run and they have got a clear playing identity. It’s something that resonates with us as well. With slight differences in relation to the intensity we play at, and the speed, but he [Malesela] has done a fantastic job so far,” the Pirates co-coach told journalists in a pre-game press conference.

“You can only admire and see the coach’s personality comes through within the team and we know we’re going to face a tough opponent. It’s not a team that really has too many shots on goal, they prefer possession and creating the perfect opportunity. So, with Gallants’s possession-based style, it’s about how we can implement our own style, knowing their weaknesses as well.”

The Buccaneers come off a stinging loss to bitter rivals Kaizer Chiefs in the Soweto derby. Against Gallants they will be keen to make amends for that loss and also pick up a morale boost before they tackle Eswatini’s Royal Leopards in the Caf Confederation Cup on Sunday, 13 March.

“It’s always disappointing with a defeat, and on top of that, the second defeat of the season in the Soweto Derby. But it is very important to reset the thinking, to not lay too much in the disappointment of the Derby, but immediately look forward. What is facing us is a team in form, a good footballing team, a team that you have to respect on all fronts. We have one goal – to progress to the next round,” Davids said.

First though they must navigate past Mathaithai. With the five-time Nedbank Cup winners clashing against a side from the third tier of South African football, the technical team will look to hand some of the fringe players some minutes, and rest the usual suspects for the colossal clash against the Red Devils on Saturday, 12 March.

Those technical tweaks are unlikely to hurt Masandawana simply considering the fact that most of the team’s fringe players are of such quality that they can walk into the starting line-ups of most teams in the country.

Of course, in cup matches anything can happen and Free State natives Mathaithai would love nothing more than to topple the mighty Sundowns and etch themselves in the annals of the competition’s history of upsets.

Masandawana co-coach Rulani Mokwena says his team are well prepared for the minnows, adding that they have done extensive research on the team in the build-up to the match.

“We’re looking forward to it, we’ve tried to collect as much information as we possibly can. We’ve tried to profile them from a qualitative perspective, if you look at who they are and where they are in the ABC Motsepe. They played on Sunday and they won 1-0… Hopefully the information that we’ve collected comes in handy for us to win the match,” Mokwena stated. DM