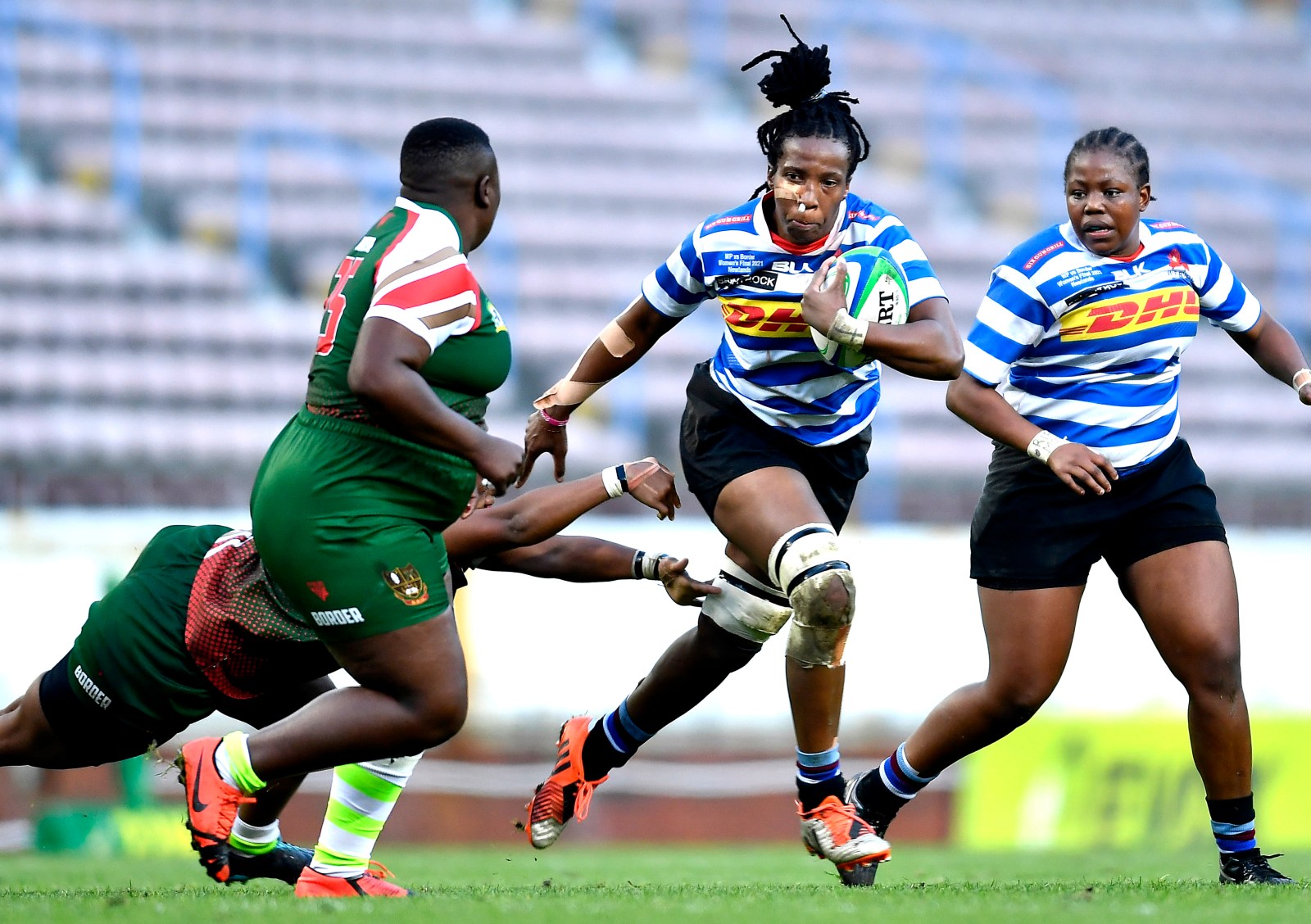 SA Rugby’s high-performance manager for women’s rugby, Lynne Cantwell, says that small changes to structures will send out strong messages that women are welcome in the sport in SA.

Lynne Cantwell’s soothing Irish lilt took on a softer tone when she spoke about why women’s rugby matters. With a PowerPoint presentation – which detailed the structures, objectives and plans for women’s rugby in the coming months and years – packed away, the former Ireland player who now heads up the women’s programme at SA Rugby changed tack.

Sitting next to her boss Rassie Erasmus, Cantwell spoke passionately and personally about rugby. And, specifically, why rugby for girls and women matters.

“We’ve spoken a lot about the business of rugby and improving the team and how targeted the programme is,” Cantwell said. “But we haven’t spoken about women and girls in South Africa. For me, it’s how do we capture the idea of girls wanting to play rugby and sport in South Africa? What’s it like to be a girl who wants to participate?

“One of the things I know personally and what I’m really connected to, is the value of sport to our lives in terms of confidence and growth as people.

“We know that women’s sport lags behind men’s, so what we’re trying to do is create structures where girls and women know they are valued, and that they are thought of. They must know that they are at the centre of the decision-making process as well, which is something the leaders at SA Rugby have committed to doing.

“But what does that look like in practical terms? Well, it’s small things such as a changeroom being set up for women, that your kit is the right size, or there are pictures of female players on a wall in the stadium or on the front page of the website.

“Those small things send the message that ‘I’m welcome here; this is a warm environment and that I’m thought of equally’. We want to treat the girls as adults, and to help us do that I’ve said to them that they need to consider their ‘voice’ and be able to speak up and ask questions.

“We know that the value of that type of empowerment will bring them confidence, as decision-makers on the pitch and in their own communities.”

Cantwell’s vision is a welcome and broad outlook, and precisely why she was headhunted to fulfil this role. Women’s rugby is growing in popularity globally, and despite South Africa being a deeply patriarchal society, and rugby until recently almost solely a male game, there has been a mind shift at SA Rugby.

Cantwell’s vision is underpinned by commitment to prioritise the women’s game within SA Rugby’s structures. The Springbok women’s team has been elevated to the second most important team on the company organogram, behind the Springbok men.

That means the women have moved ahead of the Blitzboks and the Junior Springboks, which is a significant acknowledgement of the seriousness and commitment given to women’s rugby.

But the unfortunate and stark reality is that economically, the Springbok women do not generate any significant income through sponsorships or television broadcast rights sales – yet. Bluntly, they cost SA Rugby money.

It’s a situation that SA Rugby is well aware of and have planned for. This elevation of the Springbok women in the organogram has not been done on a whim. Despite a tough economic climate due to the pandemic, SA Rugby is taking a long-term view to the value of women’s rugby despite some short-term pain.

“We can’t ignore it (women’s rugby) and we don’t want to ignore it,” Erasmus, in his capacity as overall director of rugby, said. “The transition with the budgets, money and resources won’t happen just like that, but the mindset has shifted. We will find a South African way to grow the game as we are a unique country. Copying systems from elsewhere is not going to work.

“We need rugby to be taught and endorsed from a woman’s perspective; we have seen in the past that you cannot just copy a men’s programme and expect it to work. We tried that in the past and learned from our mistakes.

“We will have a competitive system, sooner rather than later, but we are also realistic and know it will not be possible to perform any miracles.

“We can’t immediately put resources towards them without impacting the Springbok Sevens and Junior Springboks, for ​example.

“We have reached out to some sponsors in this regard and there have been promising talks, but at the same time we are encouraging potential sponsors to come forward and become part of what will be an incredible journey,” Erasmus said.

Part of that is creating competitive domestic structures and exposing the Springbok women to better and more regular competition at international level.

Last year the Bok women enjoyed a tour to France and Britain and, despite losses, gradually improved as the tour progressed.

“The first Test match for women was played in 1982, whereas South Africa played their first Test in 2004, so we are way behind the world curve, but that does not mean the gap cannot be bridged,” Cantwell said.

“In the background, though, we need to ensure that every rugby-playing province in the country creates a pathway for younger players and that the barriers to entry into the game for girls are minimised.

“We are also investing – thanks to a sponsorship by Betway – into the development and training of coaches in order to make sure we start with solid fundamentals to the game.”

“Our Springbok Women had a very successful tour to France, Wales and England in November last year, where the squad were exposed to the rigours of Test rugby and also experienced the intensity of rugby at that level,” she said.

“We are planning six matches for them – depending on the Covid situation – in the lead-up to the Rugby World Cup in New Zealand in October.”

The Springbok Women’s Sevens team will contest the Rugby Africa Sevens in Tunisia at the end of April and if they are successful, they will qualify for the Commonwealth Games in Birmingham in July.

They have also set their sights on an invitation to play in the HSBC World Rugby Sevens Series later this year, and hopefully to then qualify as a core team on the circuit. DM168