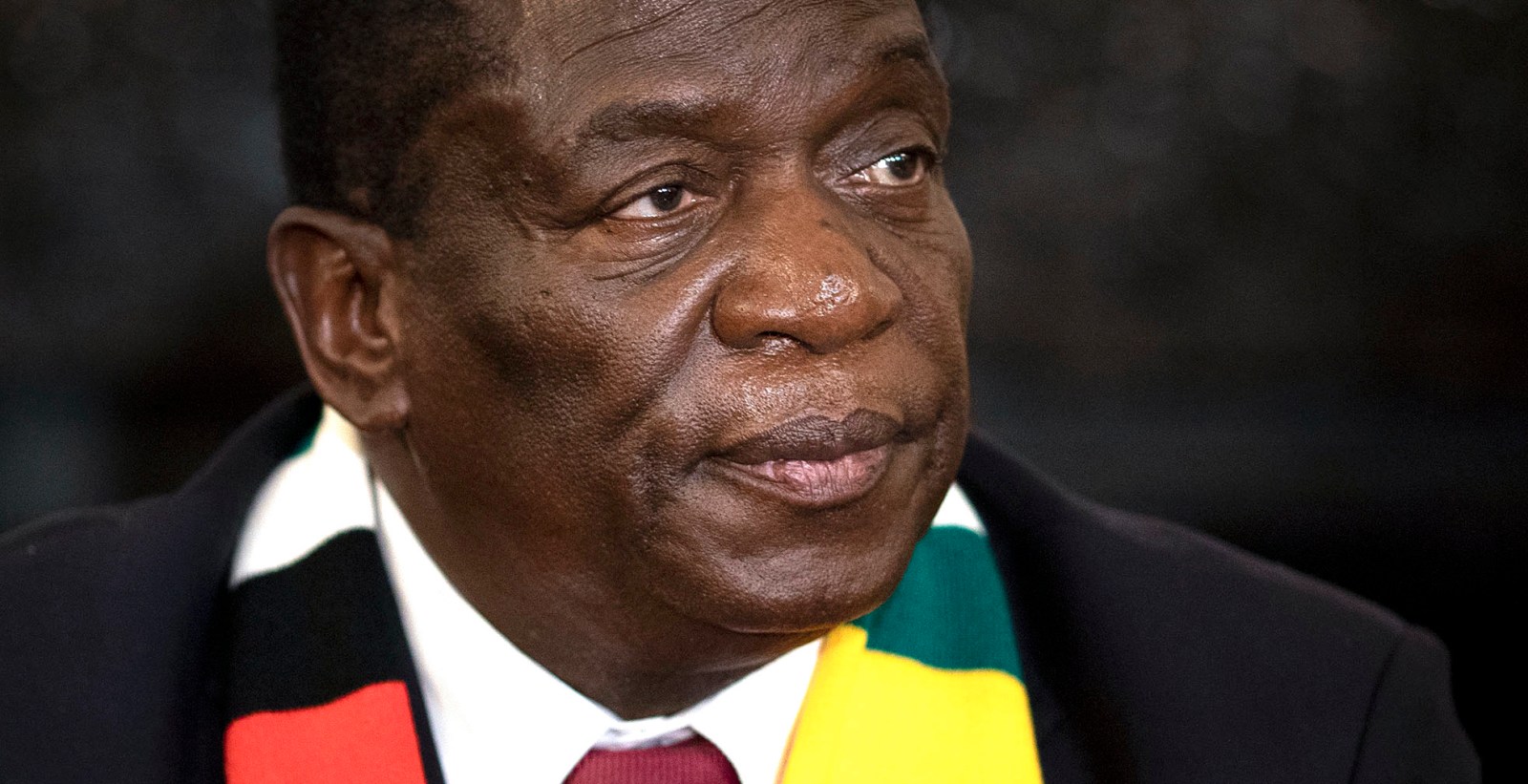 Zimbabwe President Emmerson Mnangagwa. With the military continuing to play a central role in the politics of Zanu-PF, particularly after the 2017 coup, the authoritarian political logic of the previous Mugabe regime has only deepened. (Photo: Dan Kitwood / Getty Images)

As Zimbabwe moves towards the 2023 elections, the battle to bring about the first substantive democratic transition in the post-colonial period looks bleak. With the military continuing to play a central role in the politics of Zanu-PF, particularly after the 2017 coup, the authoritarian logic of the previous Mugabe regime has only deepened.

As citizens in the SADC region followed the elections in Zambia in August 2021, there was great excitement at the country’s third presidential transfer of power to its latest incumbent, President Hakainde Hichilema of the United Party for National Development.

With former President Edgar Lungu’s government moving into increasingly authoritarian forms of rule, the fight for a credible and peaceful election became the centre of the struggle to maintain a democratic path in Zambia.

As Kate Pruce and Marja Hinfelaar have observed, a key part of the struggle for a free and fair election in the country revolved around the interventions and linkages between “progressive CSOs, intellectuals, lawyers and artists, and the innovative use of social media amidst media repression and Covid restrictions”. In addition, the Christian Churches Monitoring Group, under the leadership of Emmanuel Chikoya, played a crucial role in election observation.

However, a central part of the presidential transition was a combination of the political neutrality of the military and the determination of citizens to protect their vote. (Read: K. Pruce and M. Hinfelaar, Against the odds? Democracy counters dominance in Zambia’s 2021 election. Global Development Institute, 26 October 2021).

As Zimbabwe moves towards the 2023 elections, the battle to bring about the first substantive democratic transition in the post-colonial period looks much more bleak.

With the military continuing to play a central role in the politics of Zanu-PF, particularly after the 2017 coup, the authoritarian political logic of the previous Mugabe regime has only deepened.

One of the features of the political sphere in Zimbabwe post-2017 has been the persistent attempts by the ruling party to systematically dismantle the main opposition MDC Alliance led by Nelson Chamisa.

These have taken the following forms:

However, such pressure could lead South Africa and a few other countries in SADC to push for a new national dialogue between the major political forces in Zimbabwe.

One indication that SADC might be interested in such a way forward was a recent statement by current SADC chair, Malawian president Lazarus Chakwera. Even though the statement confirmed SADC’s call for the lifting of all sanctions on Zimbabwe and reiterated its solidarity with the government of Zimbabwe, Chakwera also stated:

“The Republic of Zimbabwe, and the SADC region, are committed to engage in meaningful and constructive dialogue with all relevant stakeholders, with a view to consolidate the rule of law, democracy, governance and human rights.

“It is only through such exchanges that better appreciation of the concerns of all parties could be secured and progress towards their resolution be achieved.”

However narrow it may be, this could be a possible gateway for a way forward in Zimbabwe. DM/MC