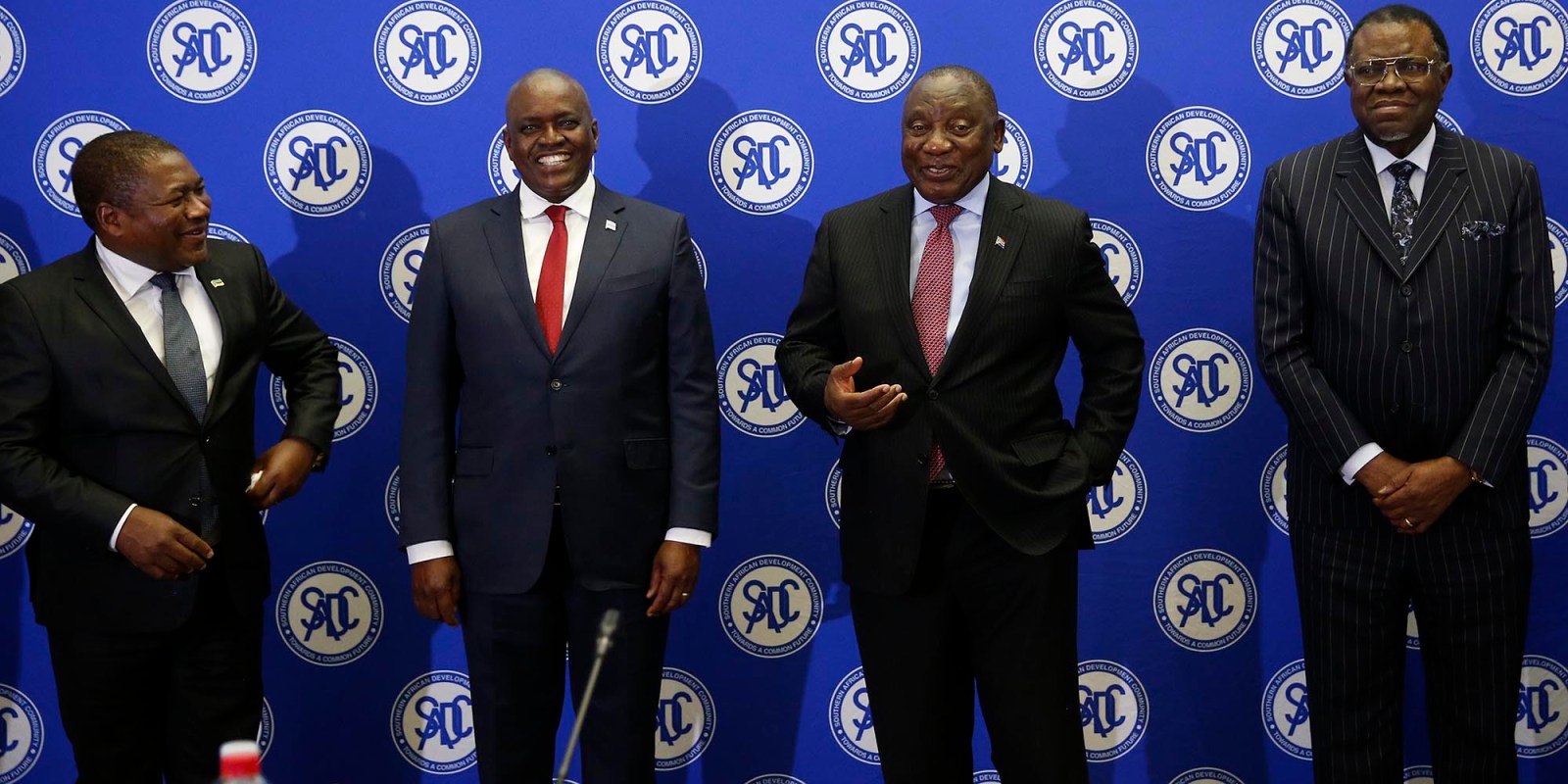 The SADC Parliamentary Forum is developing the model law to promote good governance, accountability and transparency in the use of public resources, and aims to ensure that the public budget describes how public resources are spent to respond to UN Sustainable Development Goals.

Many countries, including those in the Southern African Development Community (SADC) region, have signed up to a plethora of regional and international instruments that seek to improve the living standards of their citizens.

National parliaments all over the world are mandated to hold their governments to account with respect to the use of state resources in the realisation of the rights encapsulated in these instruments. For many years, some national parliaments have struggled to play this role due to a range of challenges, including the lack of an effective public financial management architecture and inadequate support of parliamentary committees.

To fill this gap, the SADC Parliamentary Forum, which brings together 15 SADC national parliaments, is developing the SADC model law on public financial management to – among other objectives – promote good governance, accountability and transparency in the use of public resources.

The model law also aims to ensure that the public budget presented every year describes how public resources are being spent to respond to the UN Sustainable Development Goals, universal health coverage and other international treaty-based commitments in view of facilitating their monitoring by public and private stakeholders.

Namibian Deputy Minister of Finance Maureen Hinda-Mbuende sounded upbeat about this model law, saying it can bolster related checks and balances within the region.

On 15 February 2022, the SADC Parliamentary Forum convened a virtual consultative meeting with representatives of ministries responsible for finance, economic development, good governance and institutional reforms from all over the SADC to comment on the draft of the model law. Representatives of planning commissions and accountants general from SADC member states also attended the meeting.

The deputy minister, who was the keynote speaker, urged the Parliamentary Forum to ensure that the evolving model law augments public financial management tools that SADC member states already have in place, to ensure that what is budgeted for is implemented and that governments live within their means.

“Some of the checks and balances include the executive having to seek approval from the legislature before any taxes, fees or fines can be imposed and for any expenditure. This arrangement also empowers the legislature to conduct oversight on public expenditure during the implementation process of the budget or ex post oversight as facilitated by our supreme audit institutions through our parliamentary standing committees on public accounts where they exist,” Hinda-Mbuende said.

She welcomed the consultative process, saying it provided an opportunity for stakeholders to reflect on the laws and regulations in their countries and to align them with current international standards.

She underscored the role of sound public financial management frameworks in ensuring peace and stability, good governance and access to basic services.

“You are, therefore, required to consider if the content of the model law will be helpful in providing a normative framework which can help to tighten the regulations governing the utilisation of public resources in the SADC region,” she said.

SADC Parliamentary Forum secretary-general Boemo Sekgoma explained that the model law was being crafted with a view to making it a “gold standard” on the use of public resources.

Delegates hailed the draft model law and made comments. Monaosyile Mhango of Malawi suggested that the draft should include issues of macroeconomic policy, national budgeting, risk management and guidance on formulating policies on public financial investments.

As a critical analysis, she emphasised the need to focus on the functions of the accountant-general and the auditor-general.

On parliamentary engagement and controls, Mhango said Malawi and other SADC member states already had a number of parliamentary committees such as a budget and finance committee.

Ellen Maduhu of Tanzania also thought that the model law was a step in the right direction. “Tanzania believes that this model law will be a guiding instrument for national parliaments to reinforce their domestic legal frameworks on public financial management.”

She recommended that the draft should contain a section that described and underscored the importance of internal audits in a country. She explained that Tanzania had developed a specific local government act on finance that made provisions related to sources of funds, revenue and management of such.

“In this regard, we propose that the SADC model law on public financial management should recognise that some SADC countries have laws with regard to public funds managed by local authorities,” she said. For purposes of certainty, there was a need to provide for the opening of bank accounts by governments.

Additionally, she advocated for inclusion in the model law of a section on how member states can curb misuse of supplementary budgets.

Elizeus Kalugendo, also from Tanzania, called for a section providing guidance on how financial statements for governments should be prepared.

On that note, veteran legal drafter Daniel Greenberg, who is drafting the SADC model law on public financial management with the support of a technical working group, explained that the model law sought to strike a delicate balance, between clarity and simplicity on the one hand and flexibility and certainty on the other. He accordingly argued that it would be difficult to be prescriptive through a model law “without denying contextualisation and flexibility”.

He nevertheless concurred that there was a need for the model law to be sufficiently clear to avoid missing the fundamental principles of public financial management.

Kennedy Musonda of Zambia felt that the model law should offer guidance on how member states can deal with conflicts that might arise from other laws on public financial management.

Greenberg explained that in some countries, this was done through internal audit requirements that in some instances have to meet conditions set by providers of the grants or donations.

Sekgoma said it was important for the delegates to understand that “the main provisions of the model law” were to be able to strengthen what obtains at national level “at the appropriate legislative opportunity”.

She emphasised: “At this stage, diverging views of stakeholders are welcome since this allows the model law to be tested. Ultimately, the validation of the most relevant provisions to include will be conducted by the relevant standing committees of the SADC Parliamentary Forum.” DM/MC

Moses Magadza is a communications and media specialist reading towards a PhD in media studies. Clare Musonda, a lawyer and social scientist, is director of corporate governance at the SADC Parliamentary Forum.