Mpumalanga’s coal journey is at the crossroads, but roads less travelled and more diversified lie ahead 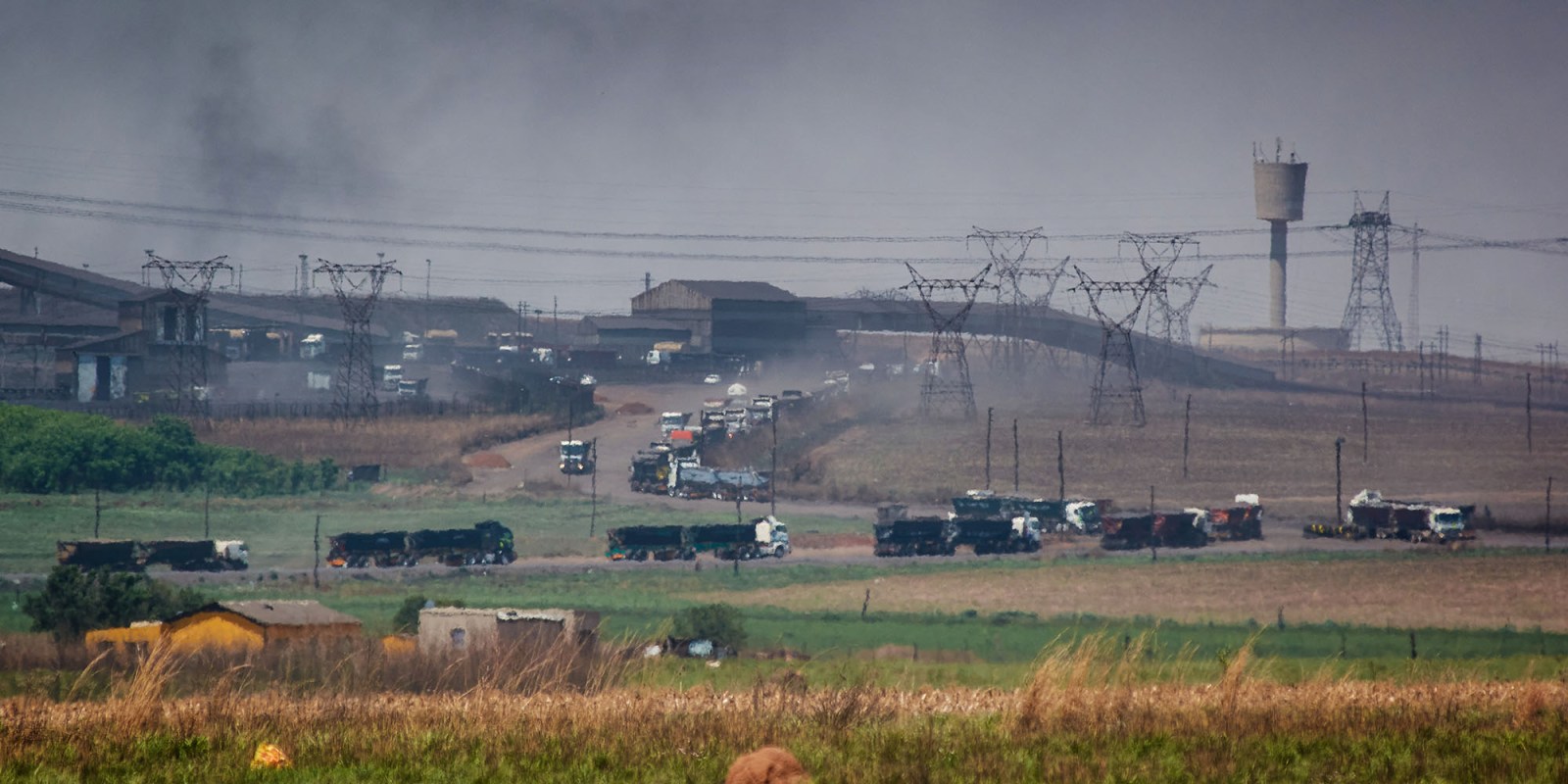 As coal-based activities are phased out in Mpumalanga, some smart choices need to be made to secure a sustainable future economy. There is no silver bullet that will do it. Economic diversification is imperative, as is a willingness to explore roads less travelled.

Out with the old, in with the new. Or, at least, that’s the idea. South Africa’s coal region, concentrated in Mpumalanga, is at the crossroads.

As coal-based activities are phased out in the coming decades, two paths lie ahead for Mpumalanga: continue with the coal journey until the road reaches a dead end – or explore new routes that could foster economic diversification of the region and rejuvenate its economy and society.

Choosing uncharted new roads will have uncertainties, risks and pitfalls, but it is a journey that must be taken if the region is to arrive at a sustainable future, or indeed, if it is to have any future at all.

Contemplating new economic pathways requires innovative thought and policy planning. More than 100 years of mining and industrial activities have indelibly marked Mpumalanga’s economy and environment, and impacted on its population. Yet, the region’s development, although not without challenges, has also left it with tremendous assets, which could equip it for a new economic trajectory.

Mpumalanga’s transformation will be supported literally by the roads that lead to and through the province. The coalfields are strategically located at the centre of three key transport corridors (Medleni, Maputo and Richards Bay) and boast electricity infrastructure second to none.

Countless industrial structures (for example, buildings and broadband) are to be found in the area. Land, particularly arable land, is another regional asset. Moreover, Steve Tshwete’s and Emalahleni’s growing populations are relatively young, dynamic and skilled – a definite advantage when exploring new ventures.

The energy sector is an obvious starting point. Renewable energy, in particular, carries great potential due to grid access, proximity to load centres, land availability and a relatively favourable climate. Furthermore, Emalahleni has been designated as a Renewable Energy Development Zone to facilitate large-scale investment.

This potential could be further enhanced if coupled with the production of green hydrogen, linked notably to Sasol’s existing Fischer-Tropsch facility in Secunda, and the roll-out of battery storage, as already envisaged by Eskom.

The production of biofuels, especially sustainable aviation fuel, is another exciting avenue that could provide alternative livelihoods for coal truckers while contributing to land rehabilitation.

At the community level, the roll-out of embedded generation (mostly solar and battery systems), coupled with investment in energy efficiency, can generate further opportunities for local entrepreneurs and businesses.

Manufacturing offers a familiar path forward, with new detours, particularly those enabled by the greening of industry.

Driven by energy-intensive industries, such as the metals value chains and chemicals production, as well as a number of other industries (agro-processing, wood and paper, machinery and equipment), it accounts for a fifth of the provincial GDP and directly employs close to one in 10 people in the province.

The region has the potential to be a player in the production of decarbonised iron and steel products, powered by green hydrogen. Off the exponential demand for battery minerals, mineral processing and beneficiation could be expanded, notably leveraging manganese and vanadium resources.

A number of other manufacturing opportunities may also be viable avenues. In the renewable energy and battery value chains, many parts and components could be localised in South Africa.

A strong growth in agricultural activities would support the production of machinery and equipment as well as the chemicals (fertilisers) industry. A sustainable fuel and “green chemicals” industry could likewise be built on the back of biomass availability and green hydrogen, leveraging the existing chemicals complex in Secunda.

Some existing liabilities could be turned into short-term opportunities, such as the use of coal ash, a by-product of coal combustion. Eskom and Sasol have stockpiled large amounts of coal ash – at great financial and environmental costs – which have many potential applications.

Coal ash can be used in cement production and brick-making, mine backfilling, mine drainage treatment, soil amelioration and land reclamation. Rare earth metals can also be extracted from it.

However, linked to historical and ongoing coal use, ash beneficiation is not a long-term option. As a hazardous waste, its use furthermore raises environmental and health concerns. But under proper conditions, the beneficiation of coal ash can provide avenues to treat and reuse millions of tonnes of toxic waste.

Besides being necessary for environmental and health reasons, the rehabilitation of mining land (there are 235 current and 794 abandoned mines in Mpumalanga) could generate meaningful employment in the coalfields for decades to come.

The key is ensuring this rehabilitation is ecologically sound, socioeconomically beneficial and governed by a supportive policy framework – no mine has yet been closed and rehabilitated successfully in the country.

Mine rehabilitation is furthermore critical to pursue agricultural opportunities.

The province is a large net exporter of agricultural products (from maize, sugar cane, soybeans and citrus to cattle and poultry). In addition, it is home to the largest area (41% of the national total) under forestry plantations.

Astonishingly, the Gert Sibande District Municipality ranks second nationally (only after the Cape Winelands) in terms of agricultural income, despite intensive resource competition with mining.

Provided the land is properly managed and rehabilitated, the development of agricultural value chains, including high value-added horticultural products, crops for industrial uses or food crops could be a massive source of (additional) employment in Mpumalanga.

Given existing working conditions in the sector, it would, however, necessitate schemes to promote decent employment, notably through small-scale commercial agriculture.

Tourism is one of the roads less travelled when considering the future of the coalfields, despite Mpumalanga being one of South Africa’s main tourist destinations.

The province has a wealth of biodiversity. Its wetlands, grasslands and forest ecosystems, where threatened and endemic animal species can be seen, attract visitors from across the world.

To date, the vast majority of tourism activities occur outside Mpumalanga’s coalfields. To nurture tourism opportunities here would involve addressing environmental degradation and shifting the current image of the region.

A commitment to conservation and regeneration – leveraging local, district, provincial and national environmental management and investment – could turn coal-based liabilities into tourism assets.

Museums, theme parks, water parks, adventure parks and even national parks have emerged out of old power plants and mines in Europe and Australia.

Beyond these diversification opportunities, the much-needed provision of services – from energy, water, sanitation and waste management to (public) transport, health, education and security – could support livelihoods and enhance the living conditions of local communities.

Depending on how infrastructure and services are delivered, direct local employment could also be created. Public employment programmes do already feature in local municipalities and these can be further leveraged.

As the course for Mpumalanga’s coal transition is charted, our collective navigation is bringing alternative development pathways into view.

Forging boldly forward is imperative for Mpumalanga, its economy and its communities. Pundits all have their preferred route.

Yet, no silver bullet exists and economic diversification is imperative.

The resilience and sustainability of the province lies in exploring as many viable routes as possible, especially given their interconnection. Delaying the exploration of diverse opportunities will only make the inevitable shift away from coal more arduous.

One may find wonders when one wanders off the beaten path. DM

Mpumalanga’s coal journey is at the crossroads, but roads less travelled and more diversified lie ahead