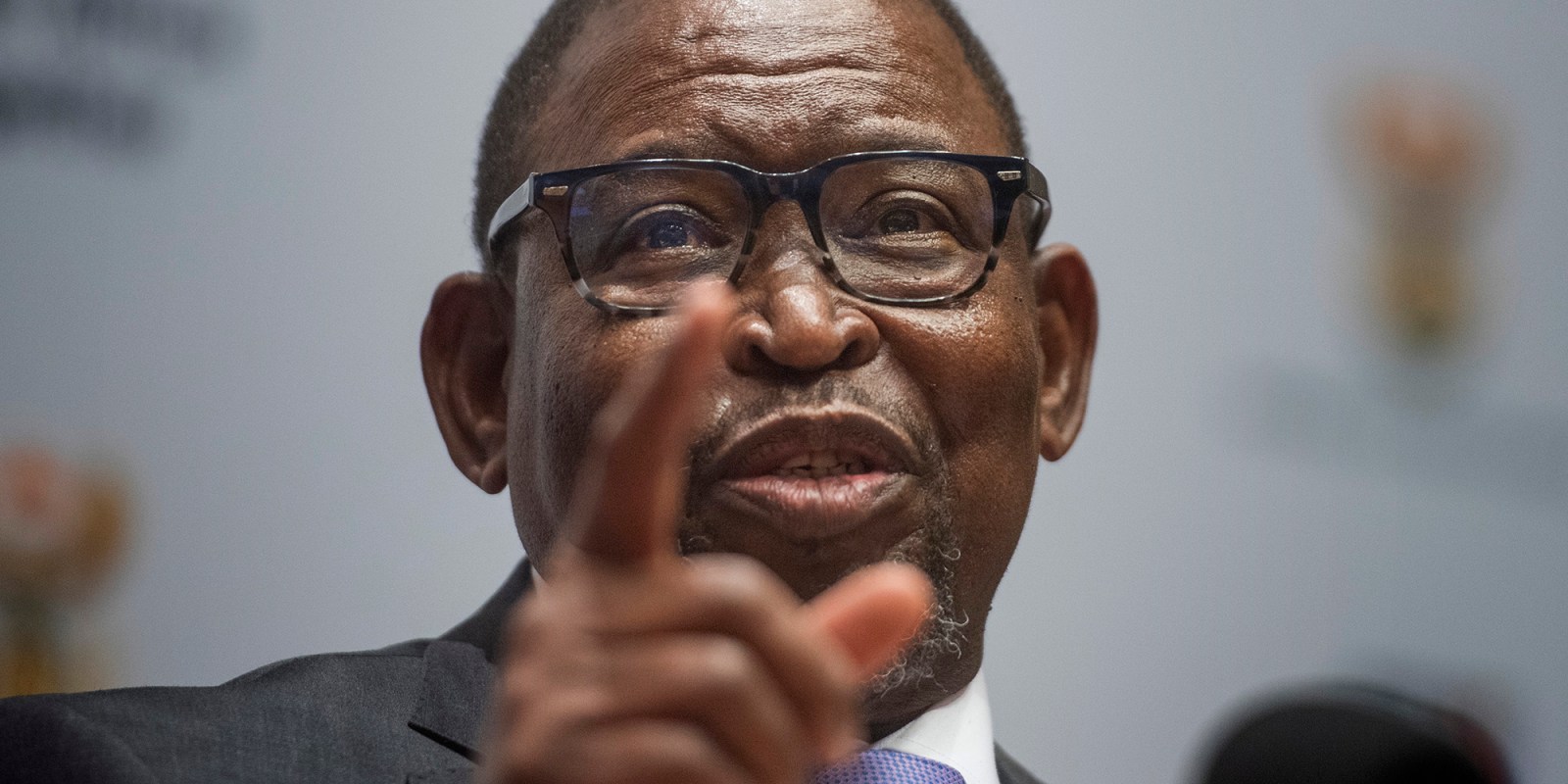 Finance Minister Enoch Godongwana in his maiden Budget on Wednesday carries the politically unpopular task of explaining how ever-increasing debt repayment costs crowd social spending. We know that will happen because the President said so.

“The finance minister] will paint the full picture of what servicing our debt does to our Budget and what we need to do. He will do that so we all gain a better appreciation,” according to President Cyril Ramaphosa going off script in his reply to the parliamentary debate on his State of the Nation Address (Sona) on 16 February.

Just before that ad-lib, Ramaphosa told parliamentarians: “As public spending rapidly increased, the benefits of increased spending declined, to a point where the cost of servicing our debt has been crowding out social spending.”

It was an echo of his 10 February Sona, which even as it outlined his administration’s achievements cautioned: “We must recognise that we face extreme fiscal constraints. A fiscal crisis would hurt the poor worst of all through the deterioration of the basic services on which they rely.”

Come Wednesday’s Budget, Finance Minister Enoch Godongwana is set to spend some time picking up where the President left off – talking about South Africa’s debt, a deficit that’s expected to widen, and flailing economic growth not doing its bit to get out of this spiral.

The finance minister, who cut his teeth over the years as the governing ANC’s economic policy honcho, must deliver the reality check against the pressure to increase social spending. That push, both ideological and driven by worsening hunger, poverty and inequality, will come as Covid-19 restrictions hit Lockdown Day 699.

Godongwana, already on 1 February, let slip he’d definitely be dealing with debt in his maiden Budget when he briefed MPs on the $750-million World Bank loan.

“For now, that’s what we will be telling you on the 23rd [of February]: if we don’t change the debt trajectory, we may not meet our commitments…

“We must change that debt trajectory. This [World Bank] loan on its own is not a threat to this obligation,” the finance minister said then.

It’s the continuation of the approach taken when, in November 2021, he delivered his first Medium-Term Budget Policy Statement (MTBPS).

“The R4-trillion in debt that we now owe is incurring debt service costs that will become the largest portion of spending, compared to individual functions, from next year. These debt service costs are non-discretionary – in other words, we cannot avoid paying them. Their effect, therefore, is to crowd out other spending priorities,” Godongwana said then.

No mincing of words here, even if much emphasis was also put on how two-thirds of government spending was on social wages and social protection, including free education, free health, free housing and grants.

With this, Godongwana largely signalled continuity from his predecessor, Tito Mboweni, who at one point explained the disjunct between South Africa’s revenue and expenditure as the wide-open “jaws of the hippo”.

Analogies aside, this continuity is politically important, given the ideological contestation within the governing ANC and with its alliance partners. If finance ministers are reading from the same page, as does the President, it becomes tricky to drive wedges, never mind the ideological counter-leanings.

As far back as his 2019 Budget Speech, Mboweni put it bluntly: “[We] are borrowing about R1.2-billion a day, assuming that we don’t borrow money on the weekend…”

And his October 2020 MTBPS didn’t mince words either. “Failure to address the deterioration in the fiscal position could lead to a sovereign debt default, which would result in a reversal of many gains of the democratic era,” he said.

By the 2021 Budget, Mboweni announced R264.9-billion in spending cuts over the next three years as debt repayments again emerged as the government’s fastest-rising expenditure item.

By then, South Africa’s debt repayment costs were 21 cents in every tax rand. That’s before wasteful and fruitless expenditure by departments and entities, before money lost to corruption like the Covid-19 personal protective equipment dodgy tenders and, generally, overpayment for goods procured by the state.

Given Godongwana’s own hints, but more recently Ramaphosa’s Sona-related statements, much of Budget 2022 is set to deal with debt containment and South Africa cutting its coat to suit its cloth.

Economists want tight debt management and macroeconomic stability. Labour federation Cosatu wants higher social spending for job creation, and reversing cuts at key labour institutions like the Commission for Conciliation, Mediation and Arbitration. The DA is looking for a greater private sector role, and a concerted fight against corruption and lowering the national debt.

The numbers are not good, no matter how deep the tint on those rose-coloured glasses.

Joblessness stands at 46.4% on the extended definition that includes those too disheartened to even try to find work. However, on that front, Godongwana got a break – Statistics South Africa announced its Quarterly Labour Force Survey for October to December 2021 had been postponed “due to quality checks that need to be conducted before the results can be published”.

Inflation stands at 5.9%, although much higher is food inflation, while the sharp increases of the petrol price have sharpened pressures on already hard-pressed consumers. Economic growth is in the doldrums and has recently been revised down from 5.2% to 4.8% in 2021 and forecast at 1.7% for 2022.

But the South African Revenue Service is expected to have collected additional tax revenue of up to R200-billion off a mining commodity boom. That tax windfall will come in handy for Godongwana in Wednesday’s Budget. It can finance reasonable increases in social grants – pensions, childcare, foster and disability grants – rather than the R10 to R30 extra that beneficiaries received last year.

And it would provide the R50-billion needed to finance the yearlong extension of the R350 monthly Social Relief of Distress grant as Ramaphosa had announced in his Sona.

It remains to be seen if his finance minister can up that amount, as called for by civil society and others, pending any steps that may be taken towards more significant social support, even a basic income grant.

It’s also expected the Budget will find money for the Presidential Employment Stimulus, run from the project office in the Presidency, given its track record of having provided more than 800,000 work opportunities in 16 months.

One Budget 2022 certainty is changes to the Employment Tax Incentive, or youth wage subsidy, in effect tax credits for corporates hiring young people. Again, we know this because Ramaphosa announced it in his Sona, leaving it to Godongwana to “announce the details of these changes in the Budget”.

Having been left by his government and political boss to talk about the national debt, it’s now up to the finance minister to use the political nous developed as ANC economic policy chief to tick the boxes for that presidential appeal, “Let us be the merchants of hope… of confidence.”