Proteas on brink of heavy defeat after Black Caps pile... 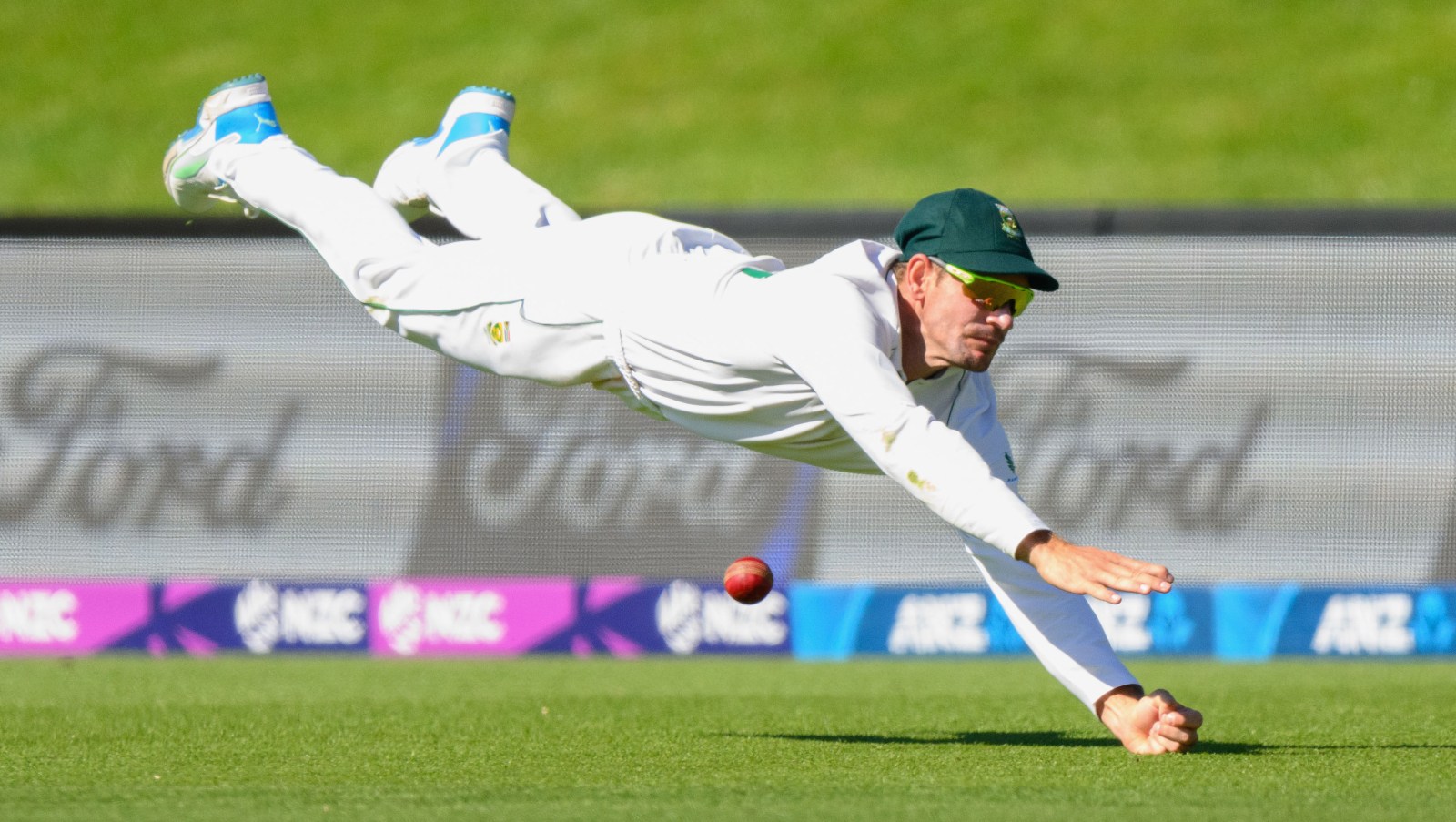 Sarel Erwee of South Africa misses a catch during day two of the First Test Match in the series between New Zealand and South Africa at Hagley Oval on February 18, 2022 in Christchurch, New Zealand. (Photo by Kai Schwoerer/Getty Images)

South Africa endured a second torrid day during the first Test of a two-match series against the Black Caps.

Proteas coach Mark Boucher has been accused of many things, but being unable to identify problems, is not one of them. On Friday, after his side were pummelled to the brink of defeat in the first Test against New Zealand in Christchurch, he was battling to find answers.

Bowled out for 95 on the first day after losing the toss and being asked to bat, and then watching his bowlers toil as New Zealand piled on 482 in their first innings on day two, Boucher was perplexed.

“It’s been a tough two days. Extremely disappointing, especially after the series we had against India,” said Boucher after the day’s play.

“I think there was a high expectation from everyone, and we just haven’t come out and given the energy that is expected of us. As coaches, we’ll keep going back and look at how we can best prepare the players for tours.

“It’s a funny one, and I haven’t quite put my finger on it at the moment, but I can see that the energies are way below par, and the results have shown that as well.

“We lost the toss, got behind the right ball after the first session, and we just haven’t been able to get back into the game in all three departments.

“Our batting, bowling and fielding have all been disappointing.”

New Zealand closed in on a massive victory inside three days in the opening Test against South Africa on Friday after taking a 387-run lead and then reducing the tourists to 34-3 on day two of the contest.

Henry Nicholls struck 105 and Tom Blundell made 96 as the world Test champions effectively batted South Africa out of the contest.

On the back foot after being bundled out in the first innings, South Africa’s top order collapsed for a second time at Christchurch’s Hagley Oval to finish the day 353 behind.

Temba Bavuma (22) and Rassie van der Dussen (nine) will resume on Saturday hoping to delay an imminent defeat in the first match of the two-test series.

“It’s been outstanding the whole game and to get three (wickets) tonight was pretty amazing,” Blundell said of their bowling effort.

“I think if we can keep this momentum going and put them under pressure, hopefully, fingers crossed, we can wrap it up tomorrow.”

South Africa’s four-man attack without a specialist spinner looked pedestrian and they also dropped four catches to let New Zealand off the hook.

Nicholls alone was the beneficiary on two such occasions on Thursday and he capitalised on the reprieves to smash his eighth Test century.

Neil Wagner, who had stepped in as nightwatchman on Thursday, set the tone when he tore into the South African attack after New Zealand resumed on 116-3.

Wagner clobbered two sixes and seven boundaries in his entertaining 49 before Kagiso Rabada removed him.

Nicholls could not be denied his hundred though, a milestone the 30-year-old brought up with a square-driven four off Duanne Olivier (3-100).

He fell in Olivier’s next over, edging him to second slip to depart after a fine knock studded with 11 boundaries.

Colin de Grandhomme made a quickfire 45 off 42 balls before New Zealand’s tail stung the tourists.

Having led South Africa’s rout with figures of seven for 23, Matt Henry returned to smash 58 not out at number 11.

He and Blundell raised 94 runs for the last wicket, one fewer than South Africa’s first innings total.

Blundell was unlucky to miss out on a hundred, caught behind for 96 that included 12 boundaries.

“It’s been a bit of a lean run for me this season, pretty happy to be out there and spend some time in the middle and to be able to contribute,” Blundell said.

South Africa’s misery was not over and their first four runs cost three wickets when they came out to bat for the second time in the match.

Tim Southee dismissed Sarel Erwee with the second ball of the innings and also removed Aiden Markram, while Henry claimed his eighth wicket of the match when he had touring captain Dean Elgar caught behind for a duck. DM