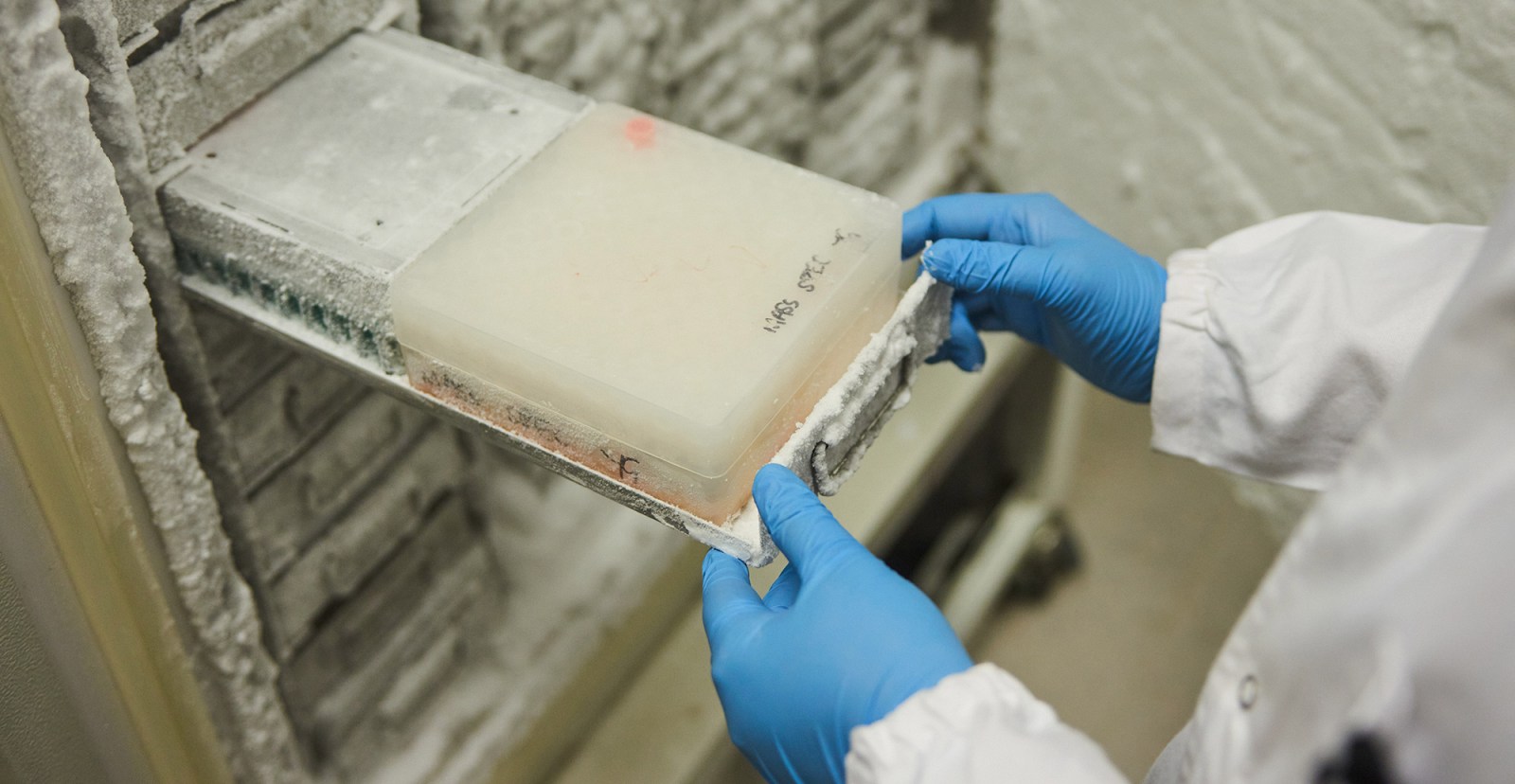 Police in Canada’s capital city, Ottawa, began blocking off the downtown core with barriers and fences, in a move against protesters who have occupied the streets for almost three weeks.

European Union drug regulators said they will discuss Merck’s antiviral pill next week amid a report that the drug faces potential rejection.

Hong Kong has plans to mass-test the whole city for Covid with Beijing’s help. Japan is rolling back stringent border measures. 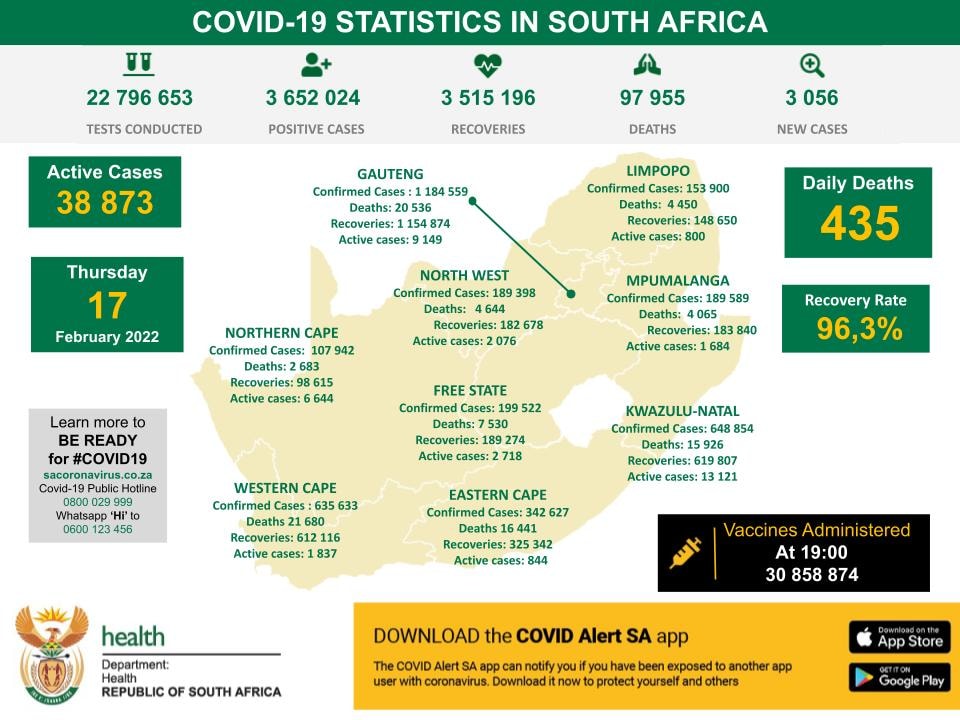 Police in Canada’s capital city began blocking off the downtown core with barriers and fences, in a move against protesters who have occupied the streets for nearly three weeks.

“Only those with lawful reason to enter the core, such as residents, businesses and others with lawful reasons, will be allowed in the area,” Ottawa Police Chief Steve Bell said on Twitter. “The unlawful protesters must leave the area and will not be provided access.”

For a second consecutive day, Ottawa police handed out flyers warning of criminal charges and vehicle seizures for anyone who doesn’t leave the protest zone. The area has been declared a prohibited public assembly under emergency legislation invoked by Prime Minister Justin Trudeau on Monday.

Meanwhile, Canada’s national police service is sending to banks the names of people involved in protests that have paralysed the nation’s capital, a first concrete step in the financial crackdown on demonstrators.

One of the first confirmed US cases of the Omicron variant was found in early December in a Minnesota man who attended the convention, raising concerns about a mass outbreak at the gathering of some 53,000 fans of the film and TV animation style. However, studies released on Thursday by the US Centers for Disease Control and Prevention (CDC) found no evidence of widespread transmission at the convention beyond a cluster of the Minnesota participant’s close contacts.

Among results obtained for 4,560 attendees, 2.6% tested positive, according to the CDC. Of 20 specimens analysed genetically, 15 cases were linked to Delta, the dominant variant preceding Omicron.

The “crisis standards of care” provided guidelines for allocating resources and “the decision to deactivate these standards is based on recent modelling and steadily declining cases and hospitalisations,” Eric France, the state’s chief medical officer, said in a printed statement.

Portugal plans to lift several restrictions in the coming days as the number of daily Covid-19 infections drops.

The government will no longer recommend that people work from home and the need to show a negative Covid-19 test to access sports venues, bars and nightclubs will be dropped, Presidency Minister Mariana Vieira da Silva said after a Cabinet meeting on Thursday. The government plans to lift more restrictions as the number of deaths from Covid-19 declines, she said.

European Union drug regulators said they will discuss Merck’s antiviral pill next week amid a report that the drug faces potential rejection.

A panel of the European Medicines Agency will consider the drug’s effectiveness at the meeting, Marco Cavaleri, the regulator’s head of biological health threats and vaccines strategy, said at a briefing on Thursday. He declined to comment on the robustness of the evidence to back the pill.

The US drugmaker has been developing molnupiravir with partner Ridgeback Biotherapeutics. The pill is only about 30% effective at preventing Covid deaths and hospitalisations among high-risk patients, compared with about 90% efficacy for Pfizer’s Paxlovid, studies have shown.

Instead, the number will be announced the following day together with figures on hospital occupancy and usage of intensive care units. Daily cases hit a record 27,831 on Wednesday.

The Dominican Republic will drop all domestic restrictions imposed during the coronavirus pandemic after a successful vaccination campaign helped contain infection and death rates on the Caribbean island.

President Luis Abinader said that the required use of a face mask, social distancing measures and Covid passports to enter public places will all be dropped immediately.

Japanese Prime Minister Fumio Kishida rolled back some of the developed world’s most stringent virus border measures as he seeks to tread a narrow path on a pandemic policy that brought down his two predecessors.

Japan will end a ban on new entry by foreigners and ease quarantine rules, Kishida said at a news conference Thursday. From March 1, new foreign entrants except for tourists will be admitted, he said.

The move illustrates the premier’s attempts to balance the views of a public that wants to maintain strict Covid border controls and business groups that have lobbied for a relaxation of curbs to let in workers needed for their operations.

US Treasury Secretary Janet Yellen urged her counterparts from leading industrialised countries to support the establishment of a new World Bank fund intended to prevent and prepare for future global health crises.

A new “financial intermediary fund” under the auspices of the World Bank would help address gaps in preparedness, particularly among low-income countries, Yellen said, according to prepared remarks she’s scheduled to deliver virtually on Thursday to a meeting of finance ministers and central bank governors from the Group of 20 countries.

Japan lowered its overall assessment of the economy for the first time in five months as renewed restrictions to counter the spread of Omicron weighed on consumers.

While taking a gloomier view on the current state of the recovery, the government downgraded its view on consumer spending and housing construction but raised its assessment of business investment, a change that suggests the economy could be in better shape over the longer term.

Vietnam will lift most restrictions on international travellers arriving in the country beginning on March 15, according to a post on the government’s website.

International tourists must have proof of being vaccinated or recovery from Covid-19 with a negative test result ahead of departure under the current plan, the website reported. They would be required to purchase Covid-19 medical insurance coverage worth $10,000

Hong Kong is planning a testing blitz of the entire city, deploying a tactic used to root out Covid-19 cases on the mainland as the financial hub struggles to get control over its most challenging outbreak of the pandemic.

Chinese medical experts will probably be brought in to assist in the effort, according to people familiar with the administration’s thinking, and government vans currently used for vaccinations will be converted to mete out tests, one of the people said.

Officials are still deciding whether to make the mass testing compulsory, the people said, with Sing Tao Daily reporting that those who refuse may be subject to a HK$10,000 ($1,280) fine. The push will begin in early March and be conducted over weeks, other local media said.

China unveiled details for a newly formed agency with a broader remit to monitor and handle infectious diseases.

The organ will be called the National Disease Prevention and Control Bureau, and the National Health Commission said it will be charged with building a surveillance network for infectious diseases and coordinating with other government organs to proactively respond to outbreaks, among other responsibilities.

State media previously said Wang Hesheng, a deputy health minister who had been tasked to handle China’s Covid response at the height of the initial Wuhan crisis, will take the helm at the new agency.

From 6pm on February 18, density limits in hospitality and entertainment venues will be lifted, while indoor dance floors can reopen. QR code check-ins will no longer be required for retail venues, schools and for a large number of employees in the state.

Hotel quarantine periods for international visitors who aren’t fully vaccinated will also be reduced from 14 days to seven days, ending more than two years of the rigorous isolation programme for overseas travellers arriving in Victoria.

Early Covid-19 survivors were at higher risk of anxiety, depression and a raft of other mental health problems up to a year after their infections, according to a large US study that widens the scope of the pandemic’s economic and societal impact. Even patients who were never sick enough to be hospitalised for Covid were still 68% more likely than their noninfected counterparts to be diagnosed with a sleep disorder, with 69% more likely to have an anxiety disorder, and 77% more likely to have a depressive disorder.

The relative risk of developing the conditions was significantly higher still in patients hospitalised for Covid and translates into dozens of additional mental health conditions for every 1,000 coronavirus cases. DM/MC

– With assistance from Ben Westcott, Phila Siu and Iain Marlow.