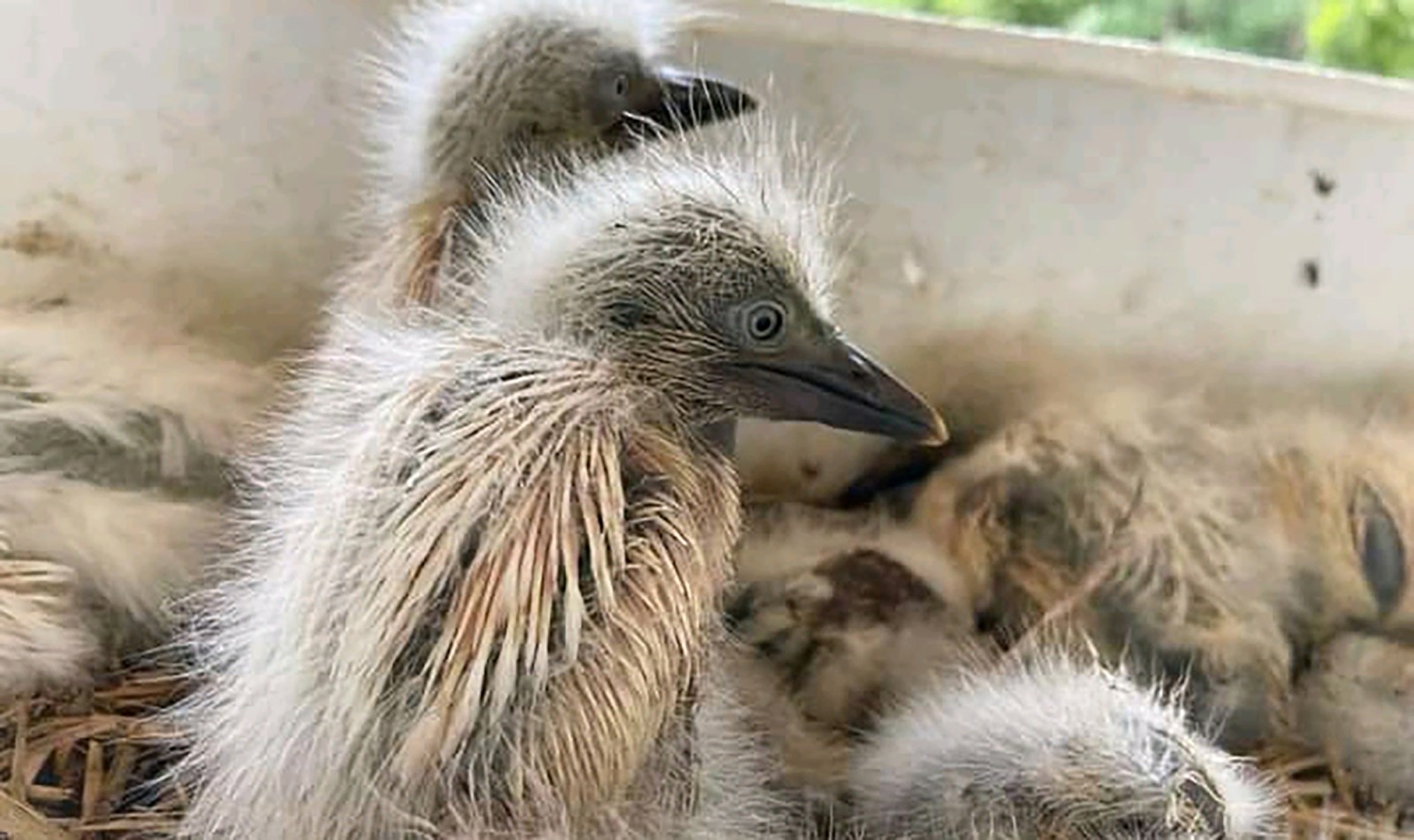 A Cradock farmer is taking care of more than 30 egrets after the municipality cut the trees on which the birds had nested, killing chicks and fledglings.

A farmer in Cradock, Eastern Cape, who is housing more than 30 injured and juvenile egrets on her farm, is calling for the Inxuba Yethemba municipality to stop cutting trees in the Karoo town where birds are nesting.

Tracey Michau said it all started on 13 January, when she went to Cradock and witnessed hundreds of helpless birds flung from their nests as municipal workers cut trees along the side of the road.

“Masses of birds were strewn all over the streets, from newly hatched to fledglings. Many of them lay dead under the branches that were cut from the trees. I returned with boxes to gather the surviving chicks.”

Michau said she returned to the farm with the chicks and began the arduous job of keeping them alive.

“I fed them chicken hearts and scrambled egg and I quickly realised that they would need help. I contacted a few organisations in Gqeberha, but no one was willing to assist with rehabilitating these birds.”

As a last resort, she contacted the Owl Rescue Centre in Hartbeespoort.

“Upon hearing that no one was willing to assist these birds, they immediately committed to make the 2,000km round trip to come and fetch the birds. Brendan and Danelle Murray collected over 60 birds. They chartered a light aircraft, flew to Gqeberha and then hired a bakkie to drive the 2½ hours to our farm to fetch the birds,” she said.

Michau said since the Murrays left, she has been called almost every day to collect egrets and sacred ibises from town.

“The municipality was halted from chopping down further trees, but a resident was caught chopping a tree which had nesting birds in. These are a protected species and it is against the law to harm these birds or to chop down trees where they are nesting,” Michau said.

She said they have plans to meet with the municipality to prevent any further harm and to prevent this from happening to these birds again.

“The solution is to maintain the trees long before breeding season. The trees in Cradock are neglected and in some roads, it’s difficult to drive as branches are obstructing the road,” she said.

Michau will continue to care for the about 30 egrets and sacred ibises on her farm.

“A very big thank you to Noorsveld Chickens that donated their feed and to members of my Facebook group, ‘Self Sufficiency & Sustainable Living (South Africa)’, that also contributed towards this cause,” she said.

According to the national guidelines for interventions that relate to colonial breeding waterbirds causing human-wildlife conflict in South Africa compiled by Douglas M Harebottle, Hanneline Smit-Robinson and Albert Froneman in 2019, it is unlawful to disturb any species that are breeding (that have eggs and/or chicks) and should intervention be required it should be done under a permit issued by the provincial conservation authority and under any explicit conditions laid down in the permit. Any unlawful activities are subject to a fine and/or prosecution.

On Tuesday, September promised to respond to Daily Maverick by the end of business, but failed to do so.

In her Facebook post, Michau said an egret she picked up had a broken jaw. Dr Monica Müller helped to put a splint on it which aligned the bottom part of the beak correctly so that the top of the beak would eventually grow in alignment.

The Owl Rescue Centre confirmed it flew to Cradock for a rescue.

“Turned out to be quite a big rescue of over 50 egrets that are in a seriously compromised state and too many for us to fly back with. We managed to rent a bakkie and drove them to the South African Wildlife Rehabilitation Centre in Gauteng,” said the environmental organisation.

According to the Owl Rescue Centre, Inxuba Yethemba municipality cut down the trees the egrets were nesting in a couple of days ago.

“Not sure what they were thinking, but we managed to save all the ones that were still alive.” DM/OBP