From odour to action – how smells are processed in th... 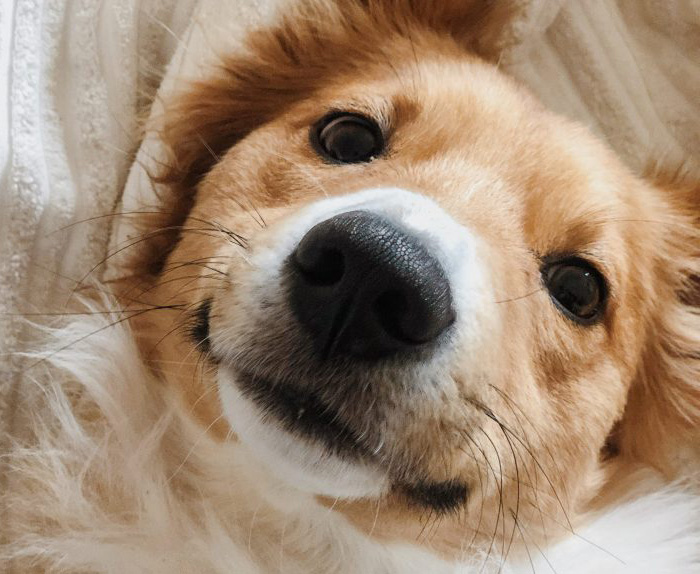 A dog raises its nose in the air before chasing after a scent. A mosquito zigzags back and forth before it lands on your arm for its next meal. What these behaviours have in common is that they help these animals “see” their world through their noses.

While humans primarily use their vision to navigate their environment, the vast majority of organisms on Earth communicate and experience the world through olfaction – their sense of smell.

We are members of Odor2Action, an international network of over 50 scientists and students using olfaction to study brain function in animals. Our goal is to understand a fundamental question in neuroscience: How do animal brains translate information from their environments to changes in their behaviours?

Here, we trace the interconnections between smells and behaviours – looking at how behaviour influences odour detection, how the brain processes sensory information from smells and how this information triggers new behaviours.

Detecting odour in the environment

When the odour of a flower is released into the air, it takes the shape of a wind-borne cloud of molecules called a plume. It encounters physical obstacles and temperature differences as it flows through space. These interactions create turbulence that splits the odour plume into thin threads that spread out as the scent moves away from its source. These filaments eventually reach an animal’s nose or an insect’s antenna.

Odours that are broken up into filaments present a challenge to animals using them to find food or mates or avoid threats. It becomes difficult to predict precisely where the odour is coming from. Is the source directly ahead, to the left or right, above or below?

To work around this, animals have evolved what are called active sensing behaviours that improve their ability to detect and find odours in the environment.

When a fly detects the smell of fruit or a mosquito detects carbon dioxide from a possible host, for example, both insects first move upwind to get closer to the odour of the food source. They then move in a meandering, back-and-forth motion called casting to find more odour threads before surging upwind again. If they lose the scent, they’ll start casting again until they find the scent. Larger animals, such as mice and dogs, also alternate between more directed movements and more exploratory searching actions.

Once information from odours tell the animal that they’re close to the source, visual searching then comes into play.

When an animal comes into contact with an odour plume, it detects the presence of these odour molecules through tiny proteins called odorant receptors. These receptors are embedded in the sensory neurons lining its nasal cavity or antennae.

Each sensory neuron contains only one type of odorant receptor. And each type of odorant receptor has a different shape and set of chemical properties that determine which odours can bind to and activate it. Most of these receptors recognize multiple odours, and most odours can bind to multiple different receptors. What encodes the identity of a specific odour in the brain is determined by which combination of receptors are activated, and their relative strength of activation.

An animal like a mouse has about a thousand types of odorant receptors. Having a large number of these receptors with diverse shapes allows the system to detect and distinguish between a very large number of chemically unique odours, including ones the animal has never encountered before. Most odours in the environment are often a mix of many different types of molecules. The smell of some flowers can be a blend of over 100 different chemical compounds.

Once an odour molecule binds to a receptor, sensory neurons send specific electrical signals into compartments of the brain called olfactory glomeruli. Different odours elicit distinct patterns of electrical activity across these regions, and this generates a specific neural representation of the odour in the brain.

An important step toward understanding olfaction is figuring out how different classes of odours map to different patterns of electrical signals in the brain.

Neuroscientists hypothesize that as these signals undergo successive stages of processing deep in the brain, sensory representations of odour are reformatted in ways that extract information most useful to survival. This could be whether the smell is coming from something nutritious, indicating a potential source of food, or it could help the animal identify whether the smell is coming from a potential competitor or predator.

These reformatted sensory representations form the basis for how animals perceive smell and determine what actions they take in response to this information.

From odour to action

In many cases, animals perform these tasks with incredible precision and effectiveness. It’s still common to use search dogs to find lost people and pigs to find truffles because available technologies aren’t capable of performing as well.

Animals achieve this level of performance not just because they’re able to detect and identify an odour. They’re also able to integrate odour features, like how intense the odour smells, with environmental clues, like wind direction, and internal cues, like hunger. All this information comes together to generate specific sequences of behaviours such as “face into the wind and then walk forward.”

To understand how odour guides these behaviours, scientists measure or manipulate an animal’s brain activity as they perform specific actions. This is done using imaging, electrophysiology or optogenetics, which selectively activates specific neurons by shining a light on them. These approaches allow researchers to understand how patterns of brain activity shift when an animal changes its behaviour to chase after an odour, or how environmental and internal cues combine to produce a best guess on the location of its next meal.

Leading science and technology by the nose

The olfactory system offers a unique opportunity to understand how the brain processes environmental information and translates it to behaviour. Compared to other areas of the brain, the olfactory circuit is simpler in structure and uses fewer stages of processing. Its relative simplicity is what allows scientists like us to study it from end to end and learn how the brain works as a whole.

Understanding brain function through the lens of olfaction could also pave the way for transformative developments in engineering, neuroscience and public health. Our research should accelerate the development of robots with electronic noses that can use odours to search for chemical weapons, underwater oil spills and natural gas leaking from pipelines in environments where it may be tedious or dangerous for humans or animals to go. Robots might also be able to search for missing people or disaster victims, something typically done with trained dogs.

An exciting future in scientific and medical development, we believe, is right under our noses. DM/ML

John Crimaldi is a professor of Civil, Environmental and Architectural Engineering at the University of Colorado Boulder. Brian H. Smith is a Trustees of ASU Professor at Arizona State University. Elizabeth Hong is an Assistant Professor of Neuroscience at the California Institute of Technology. Nathan Urban is a Provost and Senior Vice President at Lehigh University.