All systems go for a State of the Nation Address at Cap...

2022 STATE OF THE NATION ADDRESS 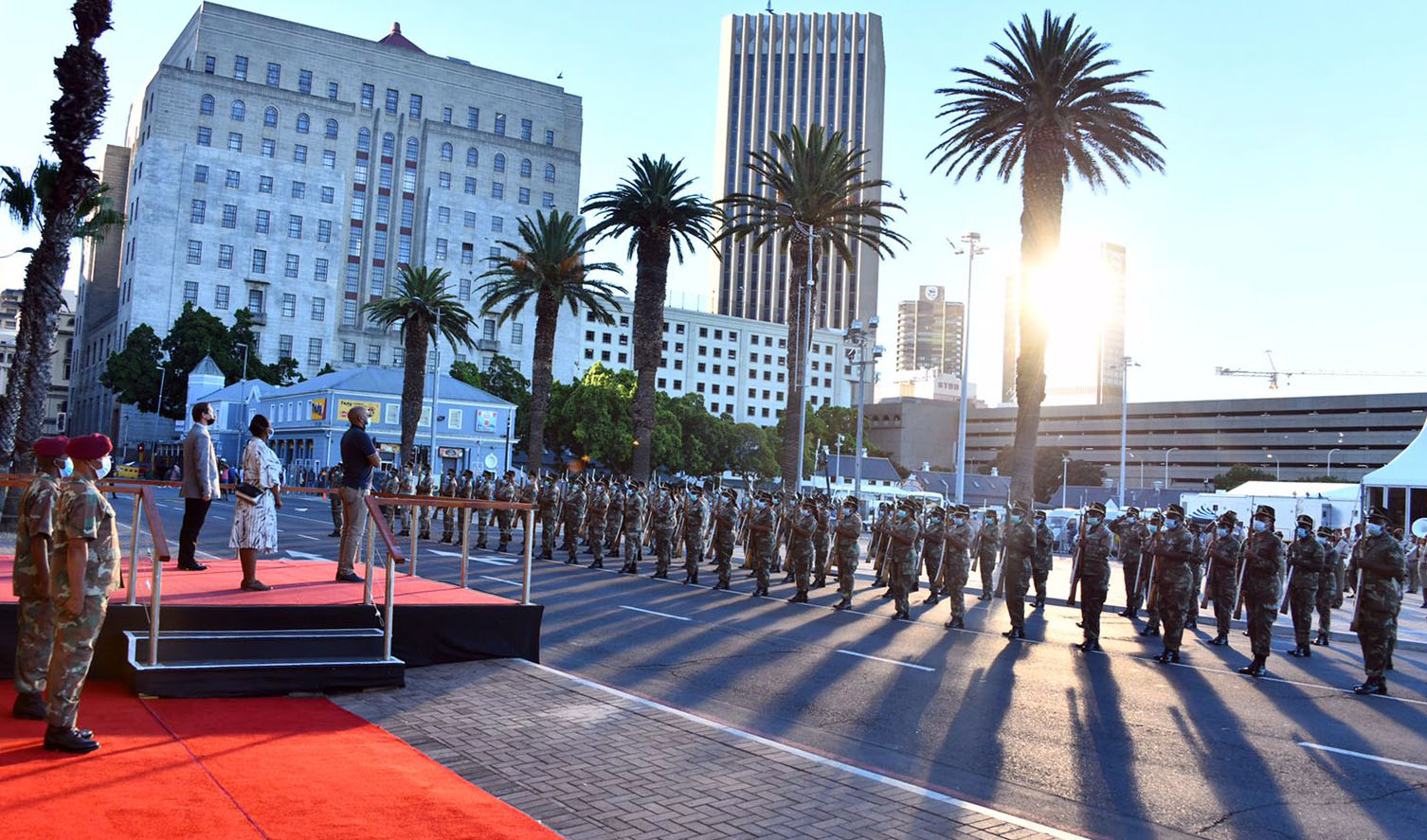 SANDF personnel and government officials rehearse on 9 February for the State of the Nation Address at the Cape Town City Hall on Thursday, 10 February 2022. (Photo: Zwelethemba Kostile / GCIS)

Parliament says it is ready to host this year’s State of the Nation Address on Thursday, 10 February, following a walk-through inspection of the city hall in Cape Town.

Chairperson of the National Council of Provinces Amos Masondo told journalists that it was “all systems go” for the 2022 State of the Nation Address (Sona).

This year’s Sona takes place on Thursday, 10 February with some MPs and special guests physically present in the city hall, while others are joining the event virtually.

Masondo and some presiding officers of Parliament held an inspection of the city hall, the venue of President Cyril Ramaphosa’s address. The venue was offered by the City of Cape Town after a fire at the beginning of the year destroyed part of the Parliament buildings.

Grace Boroto, the House of Assembly chair on internal matters, said aside from cleaning and preparing spaces, things were about “98% ready”.

In answer to a question, Masondo said there were no suggestions that there would be disruptions, but if there were, “these difficulties will be addressed”.

Masondo said that while MPs had the right to express their views, presiding officers had to ensure the rights of other MPs were not affected by any disruptions.

“Of course, we know there are many challenges facing the country and these range from issues such as the sluggish growth in the economy; issues of inequality, unemployment and poverty, the Covid-19 pandemic and so on,” said Masondo.

On Thursday morning, Police Minister Bheki Cele will lead a parade of police and security forces in Cape Town to ensure the “safety and security of the 2022 State of the Nation Address”, according to a statement issued by his ministry. This deployment will comprise SAPS officials, national and provincial traffic police, and members of the SA National Defence Force and Cape Town’s metro police.

“We are very confident that the State of the Nation Address will be a success,” said Masondo. DM