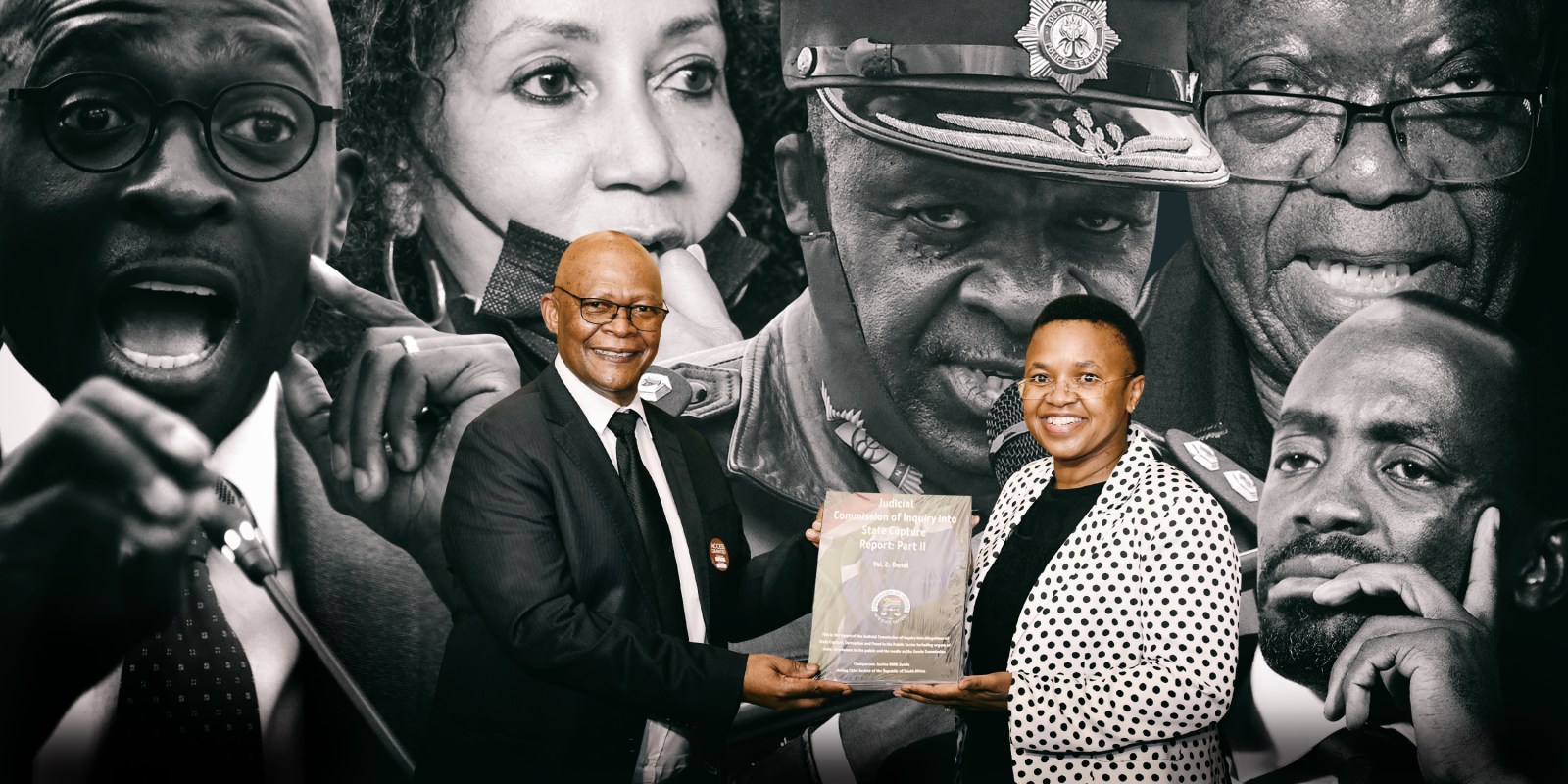 With the release of the second part of the Zondo Commission report – and the possible political consequences which may follow – it is clear what the real struggles in our politics and society are about.

And thus, if we look at several issues – whether they be the Zondo report, the struggles in the police, in the National Prosecuting Authority or elsewhere – this is really, over and over again, about the same basic issue.

How these fateful contestations are decided at all levels could well decide our future as a country.

There are many ways to examine the various struggles currently playing out in our society: one can look at it through an economic lens, social justice optics or the prism of inequality. Another way is to ask: is our criminal justice system working? And is the fundamental constitutional requirement that everyone is treated equally under the law being implemented?

This has long been a struggle in our democracy. From perhaps the moment Schabir Shaik was convicted of paying a bribe to Jacob Zuma in 2005, it was clear that South Africa’s No 1 was going to use political power to avoid trial.

This he did successfully and was able to become president.

An indication of how important this was to him may be the fact that he appointed a man who was prima facie found to have lied under oath – Menzi Simelane – as his first National Director of Public Prosecutions.

It should be remembered that this struggle over the rule of law may well predate Zuma. It was then-president Thabo Mbeki who selected Bulelani Ngcuka to be the first head of the NPA, who decided to charge Shaik and not Zuma (despite, again, prima facie evidence of corruption) and appeared on the Zuma spy tapes discussing the timing of the charging of Zuma in 2007.

The release of the second part of the Zondo Commission report puts this issue in a new light.

It recommends that certain people be charged with corruption and fraud.

Within hours of its release, former public enterprises minister Malusi Gigaba – a person found by a judge to have lied under oath, and who, the report found, “was a mere tool in their [the Guptas’] hands, a dupe who would do their bidding” – tweeted his response.

Gigaba said: “3 years and R1 billion later, DCJ Raymond Zondo has found NO evidence to warrant a recommendation that I be charged with corruption. Instead of clearing me, he asks that I be investigated some more in the hope that this will kill me, politically. If only he and his handlers knew!”

This is an indication of the ferocity of responses to come should any real attempts be made to act on the findings of the report.

For Gigaba, and possibly others in the near future, the next fight may be about whether they are able to remain on the ANC’s National Executive Committee despite these findings against them, or are able to be re-elected at the end of the year.

This reveals how the ANC’s December conference is shaping up to be the next big political front in this struggle; how those who are opposed to the rule of law (and its consequences for them) battle with those who claim to be on the side of the rule of law.

One of the first actions of the year was Tourism Minister Lindiwe Sisulu’s opinion piece questioning judges and the Constitution.

This may well have been an attempt to open another front in this battle, while remaining part of the greater struggle. It started a debate about the judiciary and tried to undermine the foundations of the entire legal system.

The response to Sisulu by acting Chief Justice Raymond Zondo this week became the subject of several questions on the first day of the Judicial Service Commission’s interviews of four candidates for the position of Chief Justice.

This might also point to why certain people choose to attack judges in certain ways. As the JSC hearings started, EFF deputy leader Floyd Shivambu asked on Twitter why Zondo was the last candidate on the list to be interviewed, claiming it would give him an unfair advantage (it appears, in fact, that the candidates are being interviewed in alphabetical order).

This could be an indication that some people oppose Zondo out of fear of his findings and for fear that he would be an assertive leader of the judiciary.

While our politics and judiciary can sometimes be intertwined, there is also mounting evidence of this struggle between the rule of law and political power within the South African Police Service.

This has emerged through evidence showing that National Police Commissioner Khehla Sitole was involved in procurement of a “grabber”, a device to tap phone calls, ahead of the ANC’s Nasrec conference.

More recently, it emerged that the Independent Police Investigative Directorate (IPID) has lodged not one but two criminal charges against Sitole relating to his alleged failure to cooperate with its investigation into the assassination of former anti-gang unit commander Charl Kinnear.

This appears to be another front in this war, where a person in an important position of leadership refuses to comply with the rule of law.

And yet Sitole is still in place, despite the fact that President Cyril Ramaphosa has the power to suspend him and institute an inquiry into his fitness for office.

The fact Ramaphosa has not acted (despite Police Minister Bheki Cele asking him to do so in October 2021) suggests he either believes Sitole should not be removed, or he fears there could be negative consequences should he do so.

It may be tempting to believe that this problem is unique to us, unique to our country. But that would be wrong. This struggle between the rule of law and the power of politics plays out in virtually every democracy.

In the UK at the moment, the real tension over Prime Minister Boris Johnson’s lockdown parties is the question of whether those who make the laws – in this case, including himself – are bound by them.

In the US, it could be argued that Donald Trump’s presidency was defined by this tension – about whether or not he was bound by the law. Shockingly, that struggle has yet to be resolved.

It may be important to note that, in the US, Trump deliberately picked fights with the media and undermined institutions of democracy. In the UK, Johnson does something similar through deliberately repeating lies.

This may be because, in a democracy, beating the law – proving that “might is right” – may not be enough. Voters are watching. And for those who wish to break the law or circumvent it, it is of strategic importance to assault the very definition of facts. Often that means attacking the media in a bid to prevent transparency and accountability.

There may be parallels with that dynamic in South Africa, as part of our own struggle between the rule of law and political power.

In a sense, this struggle between Right and Might is ever present in a democracy. It may even be part of the very definition of a democracy. And it will always ebb and flow.

But this is also why each and every front on which this war is fought in our country is important. For instance, if Right wins in the police, then everyone benefits, but if Might wins, criminals with political connections will have nothing to fear.

The same holds true for those implicated by the Zondo Commission: if they are to face consequences, it requires Right to win. Otherwise, they and others like them will simply continue to loot.

Put another way, if Right does not win on several fronts at the same time, then State Capture is something we are doomed to keep repeating. DM