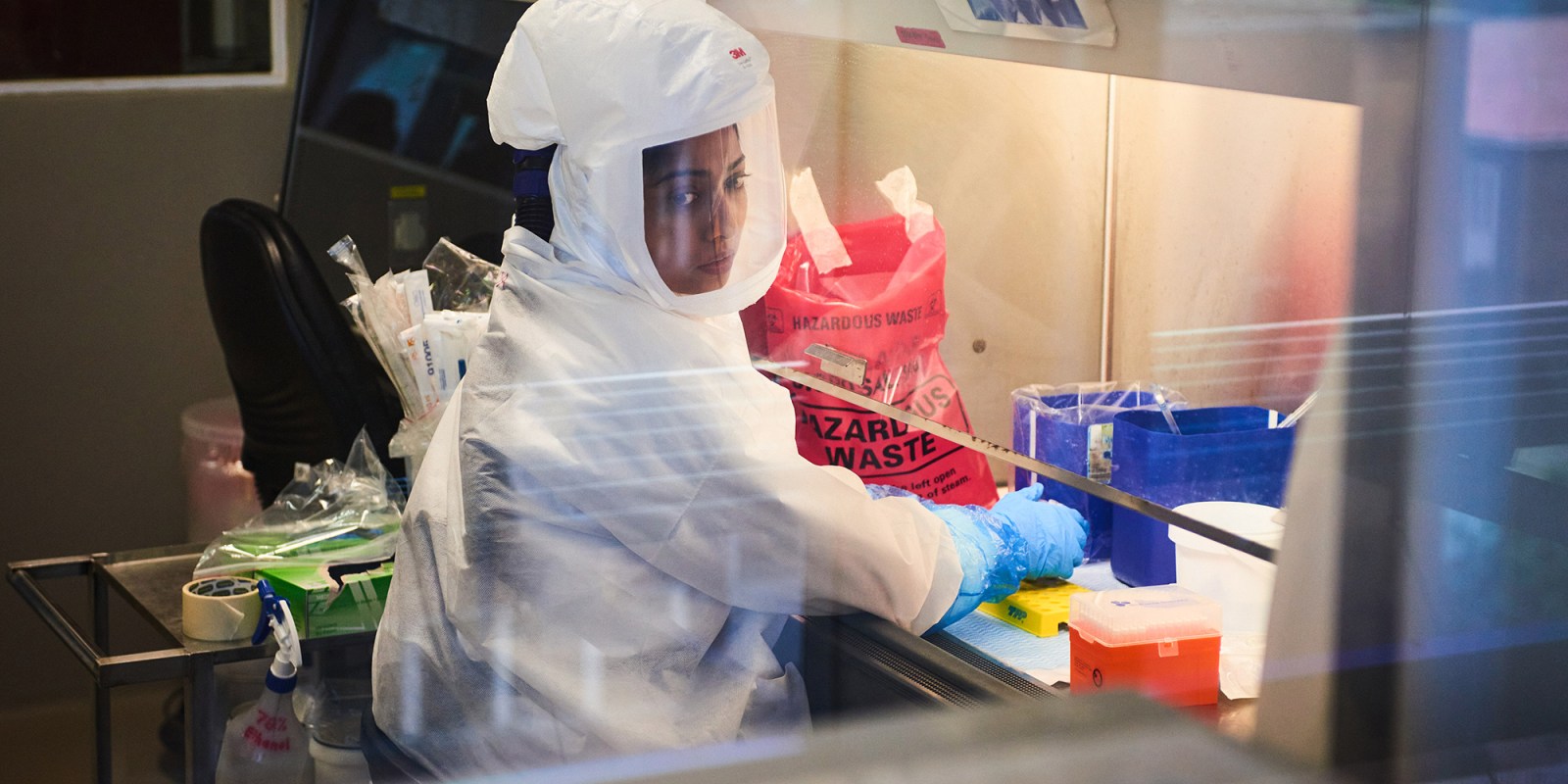 Novavax has asked the US Food and Drug Administration for emergency authorisation for people 18 and older for its Covid-19 vaccine after Moderna received full approval from the body for its shot.

UK Foreign Secretary Liz Truss tested positive for Covid-19, shortly after Canadian Prime Minister Justin Trudeau said he had tested positive, four days after going into isolation because one of his children contracted the virus.

In China, the number of infections among athletes and team members in Beijing for the Winter Olympics continues to grow as the Games draw near, at an even faster clip than the Tokyo games last summer. 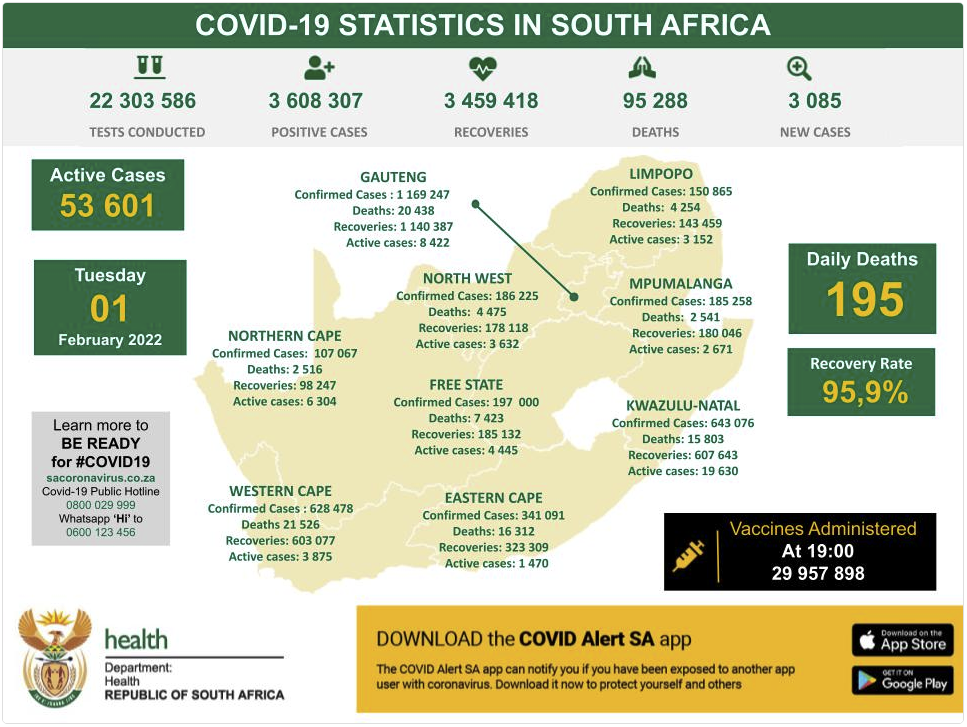 The Covid-19 pandemic in 2020 led to the second-largest infection-related mortality disaster in Switzerland, Sweden and Spain since the beginning of the 20th century, a study in the Annals of Internal Medicine found.

In 2020, those countries recorded monthly peaks of excess all-cause mortality that were greater than most monthly excess mortality since the 1918 influenza outbreak, the best-documented and best-researched pandemic. That period included about 2.6 million excess deaths in Europe.

To assess the historical dimensions of the ongoing Covid pandemic, researchers from the University of Zurich, University of Bern and Oslo Metropolitan University estimated age-specific, monthly excess deaths from all causes for Switzerland, Sweden, and Spain for 2020 to 2021 and other pandemic periods since the end of the 19th century in chronological order.

The three countries weren’t involved in combat during either world war, making them particularly well suited for longer-term contextualisation of pandemic-related excess mortality based on available continuous data from 100 or more years, the authors said.

Denver will end its mask mandate for businesses on 4 February as Covid-19 cases decline, Mayor Michael B Hancock said, while cautioning “this is still a public health emergency”. Masks are still required at city schools, on public transit and at Denver International Airport.

Scientific modelling suggests “Omicron has run out of fuel in our community,” said Bob McDonald, director of the city’s department of public health and environment.

Novavax files for US vaccine authorisation

Novavax said it had filed with US regulators requesting emergency authorisation for its Covid vaccine in the US for adults 18 and over.

Authorisation of the vaccine could bring a third type of Covid-19 vaccine to the market in the US, in addition to the messenger RNA and adenovirus vaccines that have been the mainstay of the vaccine roll-out so far. By contrast, Novavax uses more tried-and-true technology to create a vaccine made up of genetically engineered spike proteins.

The vaccine uses protein technology that doesn’t require it to be frozen, making it particularly useful for far-flung locations without the cold-chain infrastructure needed for messenger RNA vaccines. The company is also testing a third booster shot.

South Africa, where the Omicron variant was first identified, has cut the isolation period for those infected with symptomatic Covid-19 to seven days from 10 and dropped the need for asymptomatic cases and contacts of those infected to isolate.

The government also said in a statement on Monday that schoolchildren can all now return to their educational facilities full-time. Some government schools had been operating learning by rotation to ensure physical distancing.

The government said the changes were due to the falling number of cases and the high natural immunity in the South African population, with between 60% and 80% of people likely to have been infected with the virus.

Mandatory vaccinations against Covid-19 for frontline National Health Service and social care workers in England are set to be scrapped, the UK government announced, after warnings the measure would fuel chronic staff shortages.

Health Secretary Sajid Javid told Parliament on Monday that a two-week consultation would be launched on reversing the controversial policy, after the “intrinsically less severe” Omicron variant eclipsed the predecessor Delta strain, changing the balance of risks.

“While vaccination remains our very best line of defence against Covid-19, I believe it is no longer proportionate to require vaccination as a condition of deployment through statute,” Javid told lawmakers.

Moderna vaccine gets full US approval

Moderna’s vaccine for Covid-19 received full approval from the US Food and Drug Administration for people 18 and older, an important milestone that bolsters the shot’s use as a major weapon against the virus.

The vaccine, which goes by the brand name Spikevax, had previously been available to adults in the US under an emergency use authorisation from the FDA. But the full clearance lets Moderna market the vaccine to adults with the full imprimatur of the FDA.

Moderna shares climbed 2.8% to $163.93. The company began its rolling submission for the approval last June. Pfizer has the only other fully authorised vaccine in the US, cleared by the FDA in August.

The Election Commission of India has extended a ban on roadshows and processions till 11 February in five poll-bound states. As many as 1,000 people will be permitted physical public meetings in open spaces.

Voting in Uttar Pradesh, the country’s most populous and politically crucial state, along with four other states, will start from 10 February. India has witnessed a decline in daily cases in the past few days. It recorded about 209,000 new infections in a single day on Monday.

Romania cuts back on quarantine

Romania will change the quarantine rules and lower the isolation period to five days from 10 days for unvaccinated people who were in direct contact with a confirmed case. It will also introduce the mandatory green certificate for everyone entering the country, regardless of the area from where they came.

People without the certificate will be sent into quarantine.

Spain has included the cost of face masks in its list of articles to gauge inflation, in the latest example of the far-reaching impact of the pandemic.

The consumer price index basket is revised periodically and updated to “include new products whose consumption starts to be significant”, the national statistics institute said in a statement.

China has temporarily banned meat from Teys Australia’s Naracoorte facility, the latest in a string of import halts from Australia in two years as authorities in Beijing increase scrutiny of overseas processing plants.

The ban follows a Covid outbreak at the processing plant which sparked controversy after workers were told they should still come to work even if infected with the virus, unless their symptoms rendered them too unwell. The company, which is part-owned by US agricultural giant Cargill, backed down from the mandate following a backlash.

As residents prepare for another Chinese New Year under Covid-19 restrictions, Omicron seems to have got the better of the city’s defences, with a record number of new and untraceable infections.

“The horse has bolted, and I don’t think that the government is going to be able to get on top of this,” said David Owens, a family medicine specialist and honorary clinical assistant professor at the University of Hong Kong, where he has collaborated on Covid research. “This disease is just too transmissible.”

Chief Executive Carrie Lam is unlikely to give up completely on efforts to eradicate the virus while Chinese President Xi Jinping adheres to that policy in the mainland, but her government can’t deploy the blunt tools that China has used to lock down millions of people in cities like Xi’an and Tianjin. DM/MC