Attenborough, WHO, Tsikhanouskaya among nominees for No...

Attenborough, WHO, Tsikhanouskaya among nominees for Nobel Peace Prize 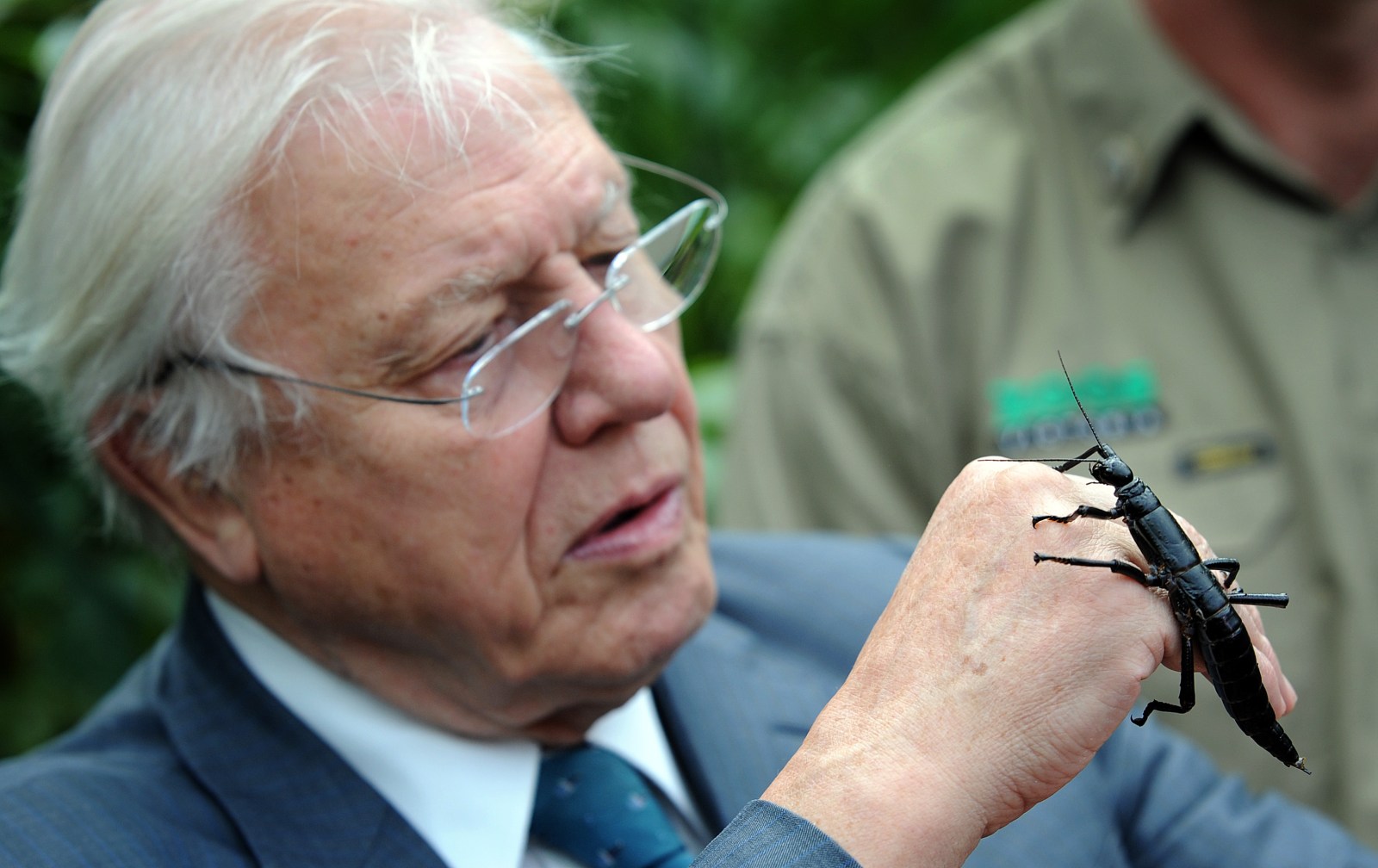 epa03363505 World renowned naturalist and film-maker Sir David Attenborough visits Melbourne Zoo to meet the miraculous Phasmid, or Lord Howe Island Stick Insect, in Melbourne, Australia, 17 August 2012. These invertebrates were wiped out on their island home nearly 100 years ago by rats, but a tiny colony was discovered clinging to a cliff on Ball's Pyramid, a rocky outcrop off the coast of Lord Howe Island, nearly ten years ago. EPA/JOE CASTRO AUSTRALIA AND NEW ZEALAND OUT

OSLO, Feb 1 (Reuters) - British nature broadcaster David Attenborough, the World Health Organization and Belarusian dissident Sviatlana Tsikhanouskaya are among the nominees for this year's Nobel Peace Prize after being backed by Norwegian lawmakers who have a track record of picking the winner.

Thousands of people, from members of parliaments worldwide to former winners, are eligible to propose candidates.

Norwegian lawmakers have nominated an eventual Peace laureate every year since 2014 – with the exception of 2019 – including one of the two laureates last year, Maria Ressa.

The Norwegian Nobel Committee, which decides who wins the award, does not comment on nominations, keeping secret for 50 years the names of nominators and unsuccessful nominees.

However, some nominators like Norwegian lawmakers choose to reveal their picks.

Attenborough, 95, is best known for his landmark television series illustrating the natural world, including “Life on Earth” and “The Blue Planet”.

He was nominated jointly with the Intergovernmental Science-Policy Platform on Biodiversity and Ecosystem Services (IPBES), which assesses the state of biodiversity worldwide for policymakers.

They were put forward for “their efforts to inform about, and protect, Earth’s natural diversity, a prerequisite for sustainable and peaceful societies,” said nominator Une Bastholm, the leader of the Norwegian Green Party.

Another Green Party representative nominated Sweden’s Greta Thunberg, whose rise from teen activist to global climate leader has made her a frequent Nobel nominee in recent years, along with the Fridays For Future movement she started.

Pope Francis was nominated for his efforts to help solve the climate crisis as well as his work towards peace and reconciliation, by Dag Inge Ulstein, a former minister of international development.

Environmentalists have won the Nobel Peace Prize in the past, including Kenyan activist Wangari Maathai, the Intergovernmental Panel on Climate Change and former U.S. Vice-President Al Gore.

Still, “there is no scientific consensus on climate change as an important driver of violent combat”, said Henrik Urdal, director of the Peace Research Institute Oslo, cautioning against a “too simplistic connection between the two”.

The coronavirus pandemic has been front and centre of people’s concerns over the past two years and this year the international body tasked with fighting it, the WHO, has again been nominated.

“I think the WHO is likely to be discussed in the Committee for this year’s prize,” said Urdal.

The Myanmar National Unity Government, a shadow government formed last year by opponents of military rule after civilian leader and former peace prize laureate Aung San Suu Kyi was detained in a coup, was also named as a candidate.

Exiled Belarusian opposition leader Sviatlana Tsikhanouskaya was nominated for the second year running for her “brave, tireless and peaceful work” for democracy and freedom in her home country, said parliamentarian Haarek Elvenes.

Other nominees revealed by Norwegian lawmakers are jailed Russian dissident Alexei Navalny, the International Criminal Court in the Hague, WikiLeaks and Chelsea Manning, NATO, aid organisation CARE, Iranian human rights activist Masih Alinejad, and the Arctic Council, an intergovernmental forum for cooperation for Arctic nations, according to a Reuters survey of Norwegian lawmakers.

Nominations, which closed on Monday, do not imply an endorsement from the Nobel committee.

The 2022 laureate will be announced in October.