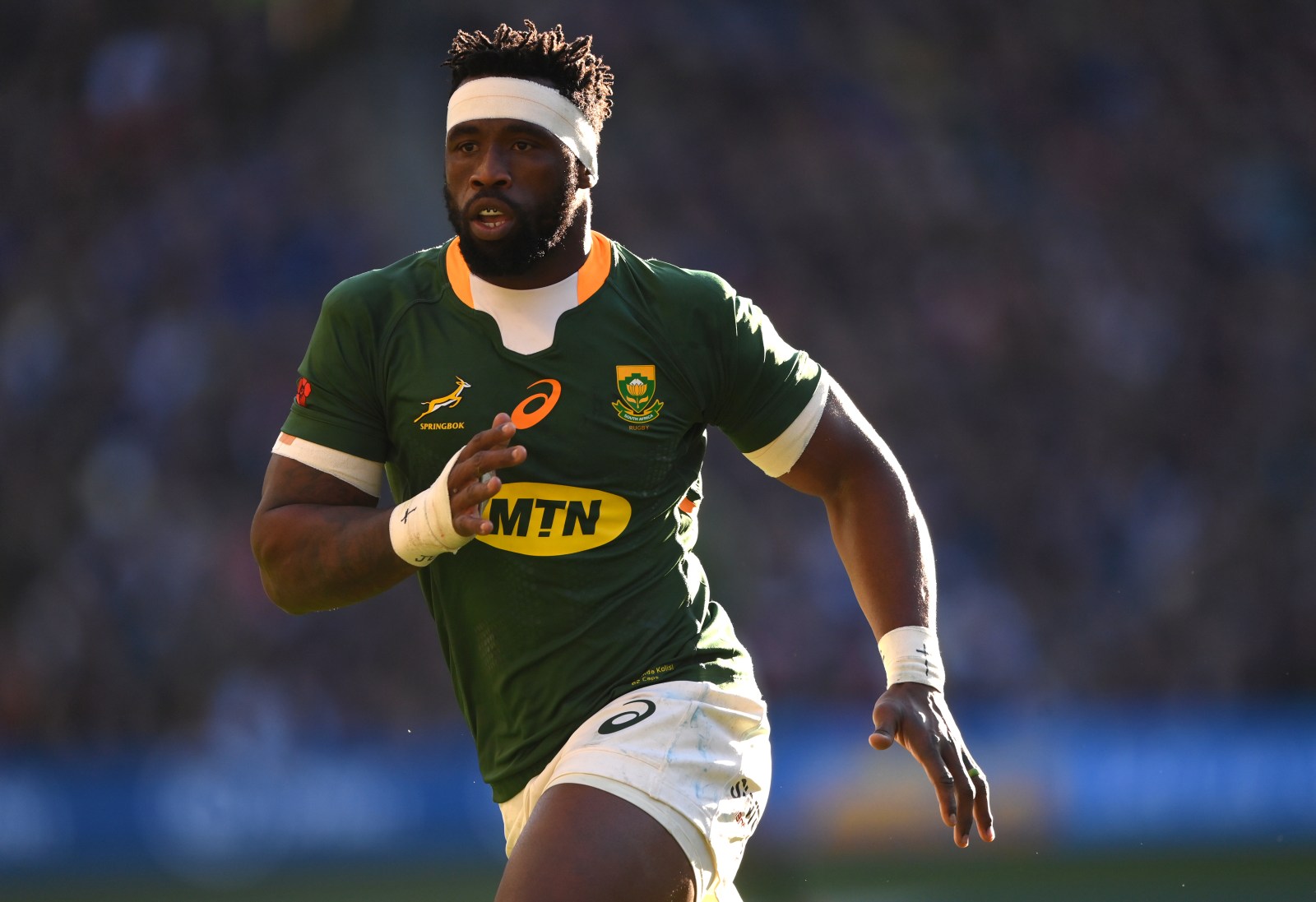 As if things couldn’t get any better for Springbok captain Siya Kolisi, on Thursday he was named as 2021 South African Rugby Player of the Year, capping off a fine 12 months for the bruising flank.

For a man who has made a habit of breaking new ground, winning the South African Rugby Player of the Year award represents another first in that Siya Kolisi (30) is the first black African to take home the prestigious honour.

By winning, Kolisi also became the first standing Bok captain to receive the honour since Jean de Villiers in 2013. And he joins legendary loose forwards such as Schalk Burger, Pieter-Steph du Toit and Duane Vermeulen as recipients. It was a just reward for Kolisi, after a fine season on and off the field.

In a year when many Boks excelled, especially centre Lukhanyo Am, lock Eben Etzebeth and wing Makazole Mapimpi, Kolisi’s inspiring leadership and consistently brilliant play gave him the edge. Honestly, any of those other players would have been a worthy winner too, which makes Kolisi’s accolade a richer achievement.

The Springboks beat the British & Irish Lions 2-1 in a titanic, Covid-affected series last year. In that series Kolisi played a pivotal role, from his brilliant breakdown work and ball-carrying to his calm leadership and excellent defence. The latter was underlined by a try-saving tackle on Lions centre Robbie Henshaw in the second Test, when the game was in the balance.

The Lions led the series 1-0 after claiming the first Test and were leading 9-6 when Kolisi made his famous tackle. Had the tourists scored late in the first half of the second Test, the outcome may have been different.

But Kolisi managed to tackle Henshaw when the centre was over the tryline and somehow slipped his arm under the ball to stop the try being scored. The Boks went on to win the Test 27-9 with 21 unanswered second half points and then completed the series comeback with a 19-16 victory a week later to seal the series triumph.

The Boks also beat the All Blacks later in the year and overcame Wales in Cardiff for the first time in a generation. They lost some games but Kolisi’s performances, along with those of several other players such as Etzebeth and Am, never wavered. But Kolisi did it under the pressure of leading a team that had a target on its back.

He also had to manage some of the backlash around Rassie Erasmus’ infamous video, which dissected Berry’s abject performance in the first Lions Test and was “leaked” into the public domain. The fallout from that incident was mainly felt by Erasmus, who was later suspended for 60 days, and by SA Rugby, but Kolisi, as the face of the Boks, had to do his share of damage control.

Kolisi was actually close to facing charges himself in the aftermath, with World Rugby baying for blood. The game’s governing body charged SA Rugby over Kolisi’s comments in a press conference when answering a question about the way he felt Berry had treated him. Essentially, SA Rugby were charged for not controlling Kolisi’s comments.

The fact that World Rugby wanted to throw the book at a man expressing his view of his lived experience, remains rugby’s low point in 2021, Erasmus’ video included.

Fortunately, the disciplinary tribunal didn’t uphold those charges. But it must never be forgotten that World Rugby, via a sanction against SA Rugby, tried to charge a respected Bok captain for expressing his feelings about appalling treatment from a match official, which was plain for everyone to see. Against this backdrop, Kolisi continued to thrive.

It’s hard enough being the first black captain to win a World Cup, but it’s even harder being the captain of a Springbok team that became every opponent’s arch-enemy. For Kolisi to consistently play at such a high level while being pulled in so many directions is not only a testament to his skill and character, but also to his support networks that provide balance and perspective in his life.

“How we came from losing three games in a row [they lost to Australia twice and the All Blacks once] to beat the All Blacks in the return game, was the highlight of 2021 for me,” Kolisi said.

“The way we stood up against the Lions was another obvious highlight, especially with everything that happened in the build-up to that series and also during the series.”

“The change to the Sharks was very scary because I had been at the Stormers for 11 years,” Kolisi said. “I had to prove myself in Durban, but I knew that I wasn’t close to the form I needed to be in at the start of last year. I was even worried that I wouldn’t make the Bok team in 2021.

“I wasn’t fit enough at the start of the year. I had an eight-week pre-season and when I started playing again I felt good. By the time I got to the Bok setup I really had a strong fitness base to work from.

“We had so many challenges as a group last year. The biggest pleasure I took out of the year was the way everyone adapted to the difficulties we faced. We trained as a full group for the first time just four days before the first Lions Test, yet we just got on with it.”

A simple act of being asked to prove himself in a new setup led to Kolisi’s best season as a player, despite some early injury issues. Once he overcame the niggles, Kolisi was consistently excellent throughout the year.

He was the only player to play in all 13 Springbok Tests in 2021 despite suffering a bout of Covid in the lead-up to the first Test against the British & Irish Lions last July.

Fullback/wing Aphelele Fassi underlined his great potential by winning the Young Player of the Year award. Fassi made his Springbok debut in 2021 and although he featured in only two Tests – scoring superb tries on both occasions – he showed that he is a star of the future, playing with increased maturity at fullback and on the wing.

The Boks were named Team of the Year while Bulls coach Jake White, whose team won the Currie Cup and the Rainbow Cup, was named Coach of the Year. DM