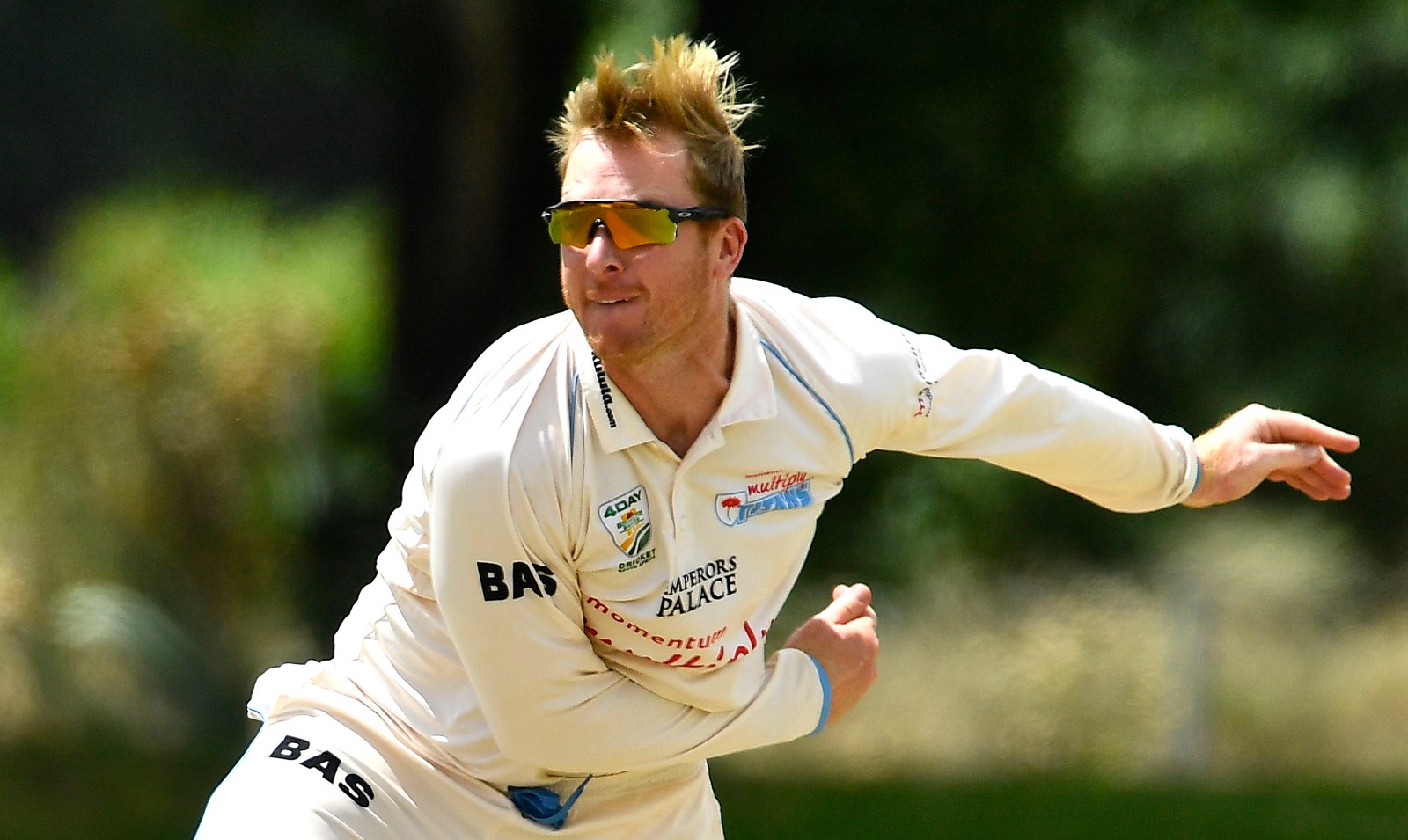 The Proteas add the spinner to a settled squad for a two-Test New Zealand tour next month.

Off-spinner Simon Harmer was the surprise call-up to a 17-man Proteas squad to tour New Zealand next month, after six years in the international wilderness.

Harmer, 32, played five Tests in 2015 before moving to England to play for Essex in the County Championship as a Kolpak player. With changes to those regulations last year, Harmer returned to South Africa and has made an immediate impact with 27 wickets in the uncompleted domestic four-day competition.

That leaves him just one wicket behind fellow Proteas player Duanne Olivier, who also returned after a Kolpak stint in England. Olivier played in the second and third Tests of the recent series against India, and is one of seven seamers included in the squad to face World Test Champions New Zealand. The Proteas won the Test series 2-1.

Leading fast bowler Kagiso Rabada, who was rested for the recent One-Day International (ODI) series against India, which the Proteas won 3-0, has been recalled. There is also a recall for seamer Lutho Sipamla, who has been rewarded for his strong performances in the domestic first-class competition.

Sipamla has taken 16 wickets in six innings, including best match bowling figures of seven for 39 at an average of 16.56 and economy of 3.73. The 23-year-old made his Test debut against Sri Lanka in 2020. He made two test appearances and took 10 wickets.

But with a seam bowling unit spearheaded by Rabada, who took 20 wickets against India at 19.05, as well as Lungi Ngidi, the find of the summer Marco Jansen, Sipamla is down the pecking order. Olivier, Wiaan Mulder and Glenton Stuurman were all in the squad against India as well and will also be in New Zealand, further weakening Sipamla’s chances of game time.

Harmer is included at the expense of George Linde, who is staying behind because he is getting married. But it’s debatable if he will play as both Tests are to be played at the Hagley Oval in Christchurch where New Zealand have won seven of the nine Tests played at the venue.

Almost all of those victories have been constructed around their own impressive seam bowling unit where Trent Boult has taken 53 wickets at 21.09 at the Hagley Oval.

Opening batter Aiden Markram has retained his place despite a torrid summer against India in which he scored just 76 runs in six innings at an average of 12.33.

Batters Ryan Rickelton and Sarel Erwee are retained in the squad after being unused against India, but fast bowler Anrich Nortje has not fully recovered from injury and will miss the tour.

Coach Mark Boucher will lead the team despite charges of “gross misconduct” being brought against him by Cricket South Africa (CSA) last week.

Boucher met with advocate Terry Motau on Wednesday to set out a timeline for the disciplinary hearing, as well as gather other relevant information to his case such as a witness list.

After South Africa completed a 3-0 series win over India at Newlands on 23 January, ODI skipper Temba Bavuma revealed that issues such as the charges against Boucher, as well as boardroom battles at CSA have been distracting for the team.

“I don’t think it’s easy (captaining the team). There are a lot of dynamics that you need to manage. For me, the biggest thing is trying to keep cricket the main focus amongst the guys,” Bavuma said after the victory.

“I hate to bring this up but it’s been a challenging period for the team, for the players, for particular members of management. There’s been a lot of scrutiny surrounding the team and surrounding the organisation, so to manage the conversations happening around the change-room and to ensure our energy is 100% geared towards performing out there, for me, has been the biggest challenge. It has been a big responsibility but has also been a privilege. But it’s not easy.”

Boucher declined to discuss his pending hearing and preferred to reflect on the positive steps his team took over the summer in which they beat India five out of six times in two formats of the game.

“The progression has been great. We turned the corner a while ago, from a team perspective,” Boucher said. “We tried a few things in Covid times when we had to get a deeper squad and we gave a lot of opportunities to a lot of players. We are starting to reap the rewards now. It’s all falling into place, which is nice.”

The squad departs on 2 February and at this stage Boucher, who has not been suspended pending the disciplinary hearing, is scheduled to be on the plane.

“The national selection panel and I are pleased to see the Test team playing more cricket and we are looking forward to watching them perform in what we hope will be another scintillating series, this time, against the ICC World Test Champions,” convenor of selectors Victor Mpitsang said.

“Our Test team has been successful under the strong leadership of Dean Elgar and his deputy, Temba Bavuma, and have returned good results in recent times.

“We are confident that they will continue in the same vein in New Zealand. The inclusions of Simon (Harmer) and Lutho (Sipamla) reaffirm our intentions as a panel to reward excellence on the field and the pair have let their work speak on their behalf this past season.

“We wish Dean, coach Mark Boucher and the team all the best for the series and safe travels.”