Gqeberha social worker Vuyokazi Langbooi: ‘Loving people and caring for them comes naturally for me’ 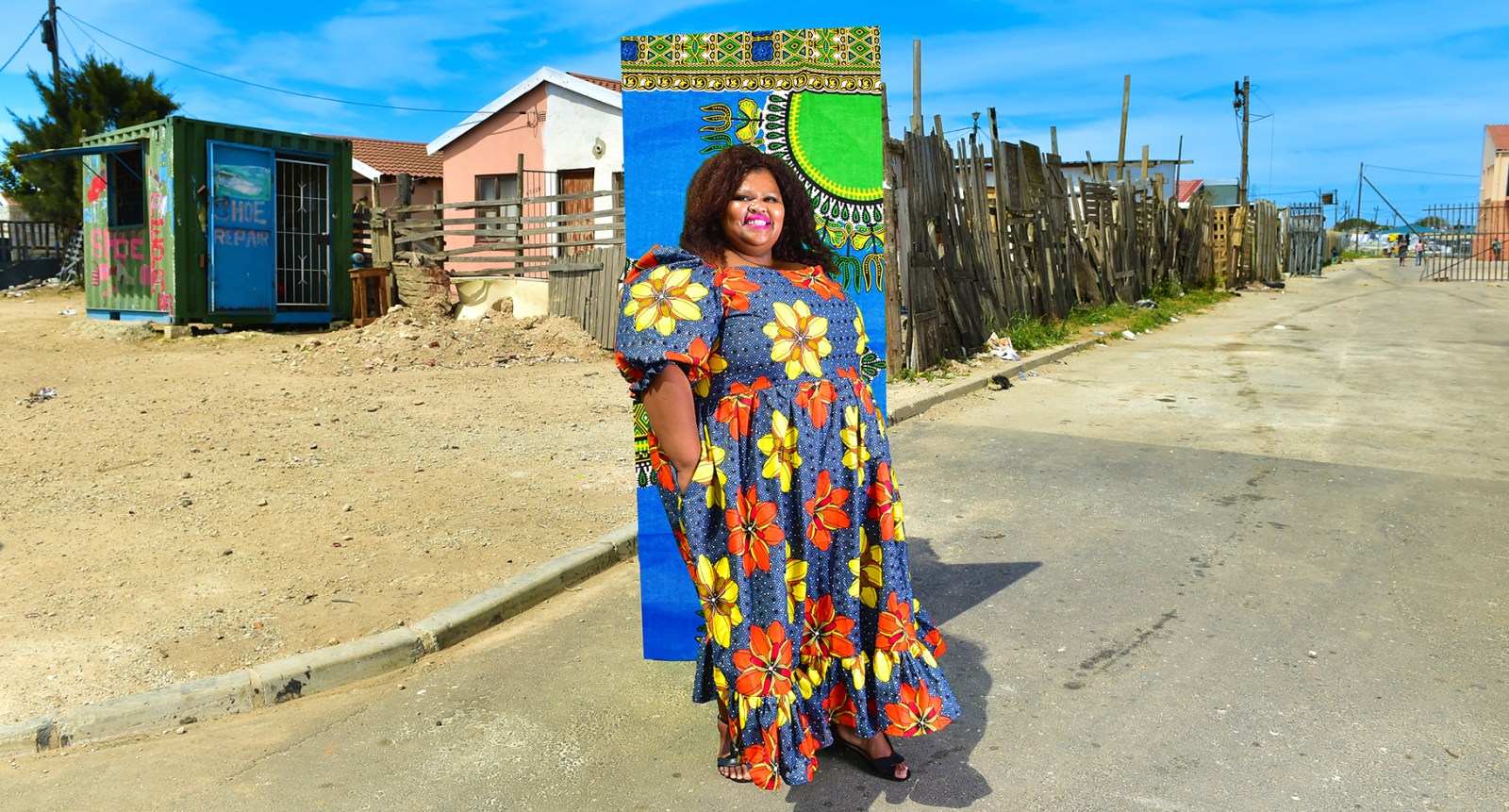 Vuyokazi Langbooi is one of South Africa’s six Integrity Icons for 2021. Driven by global non-profit organisation Accountability Lab, the campaign aims to “name and fame” civil servants who embody integrity and go beyond the call of duty in their communities. (Photo: Steve Lawrence)

Just one of social worker Vuyokazi Langbooi’s many tasks in Gqeberha in the Eastern Cape was to set up the Daku Homeless Shelter, to care for displaced people as Covid-19 hit.

At the shelter, during hard lockdown, Langbooi (39) stepped into personal protective equipment to bathe elderly people herself. To this day, she eats the same food as that served to “beneficiaries” at the shelter. She insists on treating beneficiaries with dignity; encouraging them to find jobs, to skarrel, or hustle, for spare cash and to watch soapies or movies before lights out at 10pm.

“Yes, when the shelter was started in March last year, no one wanted to partake as everyone was scared,” she says. “Because it was level five and no one could understand what Covid-19 was, you know? But in my heart, I said, ‘if I die, I die.’ At least I would die knowing that I’ve done my best.”

Langbooi’s office walls bear motivational quotes and a photograph of former president Nelson Mandela. “Loving people and caring for them comes naturally for me,” she says.

Born in Uitenhage, Langbooi relates how the trauma of being raped at the age of six shaped her future.

“It was a struggle for me, and I mean we didn’t have money for psychologists and psychiatrists,” she says. “Then my mom passed on, and she had been someone I had leaned on and found comfort in, someone who showed me how to fight. But through having social workers around, giving me support and through therapeutic sessions, they taught me to be a survivor of sexual assault. That’s how I saw that helping others is something that I need to do. I felt like this is my calling.”

Langbooi completed school in 2000, and eight years later got a bursary and enrolled to study social work at the Nelson Mandela University in Gqeberha.“So how I got in there, it was also a miracle,” she says. “I dunno, it’s like God has been directing my steps.”

An Eastern Cape Department of Social Development employee, she is based at the iBhayi Service office. But she prefers being out in the field.

Langbooi says excelling in her line of work requires more than a degree.

“Most people would think of their degrees and say, I am a professional,” she says. “I can’t do this. You have to be a human being first, in order to be able to reach out and help a person. I would wear plastic overalls and say, ‘let’s go bath that old person there.’ Even the food that they’re eating — we don’t bring our own lunch boxes to the shelter, we eat there. So beneficiaries can trust us; so that they can see we really want to help them.”

What’s more, Langbooi says she knows each displaced person housed at the shelter by name.

“When the provincial legislature for the Eastern Cape came to visit the shelter, they were shocked that we have a file for each and every person. And I knew every person’s story. At the time we were lots of people, I think there were 50. I knew each person by name.”

While the shelter is temporary — with a significant onus placed on reintegrating beneficiaries with their communities — Langbooi provides comfort for the duration of their stay.

“Breakfast normally is at nine o’clock, so people need to be up at least by seven,” she says. “Because they need to go bath and they need to make their beds. And there are those who, they call it skarrel, before breakfast. Because we don’t give out money for cigarettes. So those who smoke cigarettes will go and work for money, for instance they help the mamas selling veggies, carrying the veggies to their stalls, or doing car washes at the taxi rank, or whatever, to collect money for themselves, to buy the small things that they like. So they know that at nine o’clock, they must come back for breakfast.

“Then late in the evening, we close off the shelter at seven o’clock. We know that for those who have a job that ends at six o’clock, at least it’s enough time to get back. We have a TV that was donated and people watch soapies and movies in the evening. Lights out is at 10 o’clock. So we have comfort but rules, it is important to have that structure.”

In addition to the shelter, Langbooi monitors child foster care and helps foreign nationals with administration at the Department of Home Affairs, focusing on New Brighton, iBhayi, Kwazakhele, Sidwell and North End. She lives in Kwazakhele herself, with her husband and three children.

Langbooi is one of South Africa’s six Integrity Icons for 2021. Driven by global non-profit organisation Accountability Lab, the campaign aims to “name and fame” civil servants who embody integrity and go beyond the call of duty in their communities. DM/MC