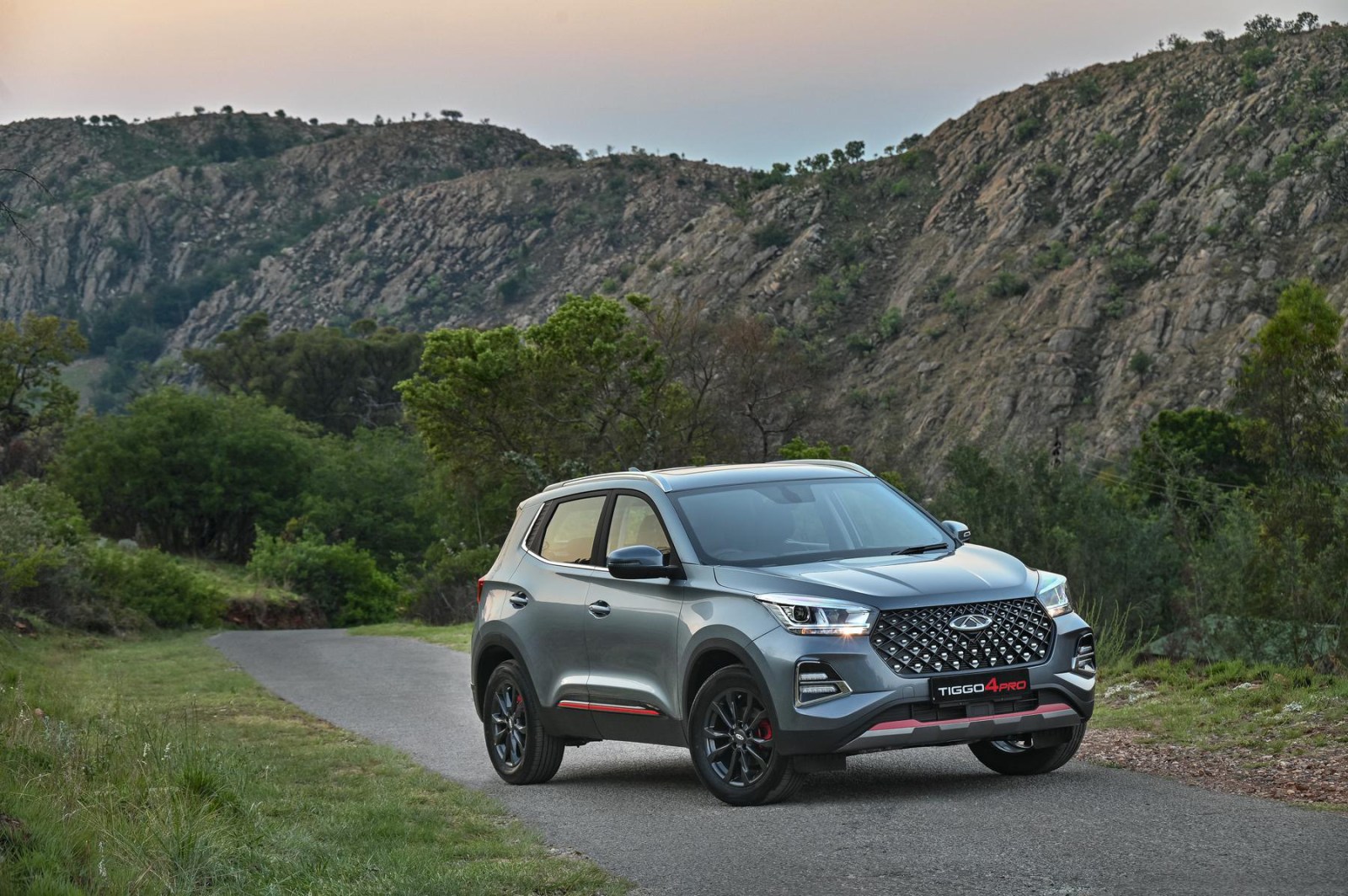 The Chinese manufacturer Chery has recently made a home for itself in South Africa. It aims to silence its critics with the launch of the new Tiggo Pro 4 and an unrivalled 10-year/one million-kilometre engine warranty.

I have never been a big fan of Chinese cars and I’ve definitely never rated Chery as a brand. That’s up until recently, when I got to drive the all-new top-of-the-range Tiggo 4 Pro Elite.

The first-generation Tiggo, a compact crossover SUV, was launched at the Shanghai Motor Show back in 2005. The second-generation Tiggo 3 was unveiled at the same motor show five years later, which I attended. It was my first time in China and I was mesmerised, but not so much by the concept cars and second-generation Chery Tiggo 3 on display. Back then, I was more taken with the architectural beauty of Shanghai.

In fact, like many of my motoring colleagues, I’ve been quite snobbish when it comes to Chinese cars. Besides issues of questionable ride and safety systems, there’s been widespread criticism of several Chinese manufacturers for alleged infringements of foreign manufacturers’ intellectual property rights.

While Chery has been China’s largest passenger car exporter since 2003, it has also been a brand that’s been heavily lambasted for sometimes being a clutch of copycats.

General Motors was particularly irked when Chery released the QQ, which was accused of being a dead ringer for the Chevrolet Matiz (otherwise known as the Chevy Spark), a small 5-door hatchback. Despite taking legal action, GM failed to prevent Chery from selling its clone at barely half the price of the Matiz and the QQ went on to outsell the GM model by almost 4:1.

GM did, however, score a small legal victory against Chery, who they accused of too closely resembling the name of GM’s Chevy. Subsequently, it had to change its branding in the US market to Vantas.

Up until last year, Chery itself did not have a local footprint, with its products being sold through third-party dealerships. But that’s changed with the arrival of the brand in South Africa late last year, along with a network of 30 dealerships across the country to sell and service the product.

I remember test driving a Chery QQ3 some years back and couldn’t wait to return it. But unlike that tiny hatchback’s bland looks and piddly drive train, the new Tiggo 4 doesn’t horrify on any level from a visual or engine perspective. In fact, the exterior of the new model, dominated by a large hexagonal grille with a diamond pattern, is actually quite a head-turner with ample road presence.

With competition including the Hyundai Venue, Kia Sonet and Haval Jolion, the new Tiggo 4 Pro is also one of the largest and most spacious in this highly populated crossover/SUV segment. Measuring 4,318mm in length and 1,831mm in width, it stands 1,662mm tall, with a decent ground clearance of 180mm.

The cabin is spacious with good legroom for both front- and rear-seat passengers and it’s right here inside where the Tiggo 4 seriously draws guns with many of its competitors. In the Elite model that I drove, the electrically operated leather seats are comfy and there’s nothing cheap or nasty about the finishes and trim – it all looks surprisingly upmarket, while a standard sunroof sweetens its appeal.

All Tiggo 4 Pro models have a digital instrument cluster with multi-information readout. While the normally aspirated model’s screen is 3.5” wide with high-definition colours, the turbo model has one double its size, offering more display space and customisation options on its 7” screen.

All models have an attractive, touch-responsive 10.25” central infotainment system equipped with Apple CarPlay and Android Auto. There are two USB ports in the front and one in the rear, and of course, there’s Bluetooth hands-free connectivity.

Only the entry-level Urban model is deprived of a handy reverse camera and there’s even a DVD player. I have to admit, based on my experience in the previous model, I was dreading the drive, imagining it to be a creaky shaker. It was much better than I expected. My Tiggo 4 Pro was well-powered and took corners with just enough body roll to feel confident. The full Chery Tiggo 4 Pro range is made up of two petrol engines, three transmissions and three different specification levels (Urban, Comfort and Elite).

The range-topping Elite 1.5-litre four-cylinder petrol turbocharged engine that I tested is good for 108kW and 210Nm of torque, while the Urban and Comfort specification grades offer normally aspirated 1.5-litre engines, with notably less power of 83kW at 6,150rpm and 138Nm.

Usually not a huge fan of often sluggish CVT auto gearboxes, I found the Chery’s CVT more than adequate when overtaking and revving from standstill. I preferred the drive in Sport mode as opposed to Eco and Standard, which felt a tad less powered.

While there are often safety concerns in Chinese cars, the Tiggo 4 appears to have silenced the critics by adding good safety systems standard across the range. These include the all-important ESP (Electronic Stability Programme), Traction Control (TCS), Roll Stability Control (RCS), Hill Descent Control (HDC), Hill Assist, ABS and Electronic Brake Force. It’s worthwhile to note that the Elite model has six airbags while the Urban and Comfort have only two.

I did not have the opportunity to take the Tiggo 4 out on rougher roads, but a fellow motoring colleague enthused that “it rides so well on gravel that you’d think this car came from a leading Japanese or Korean manufacturer”.

The few gripes that I did have entailed blind spot visibility when changing lanes because of a rather large C-pillar, and fuel consumption was not impressive, straddling between 10-11 litres/100km.

Tall front seat passengers may have an issue with headroom as one can’t lower (or raise) the front passenger seat. I also experienced a moment of panic when I had to swerve quickly to avoid an oncoming truck and my Tiggo took a little longer than I would have liked to correct its line.

Besides its good looks, outstanding features and tech and a surprisingly good drive, it’s the announcement of its unmatched 10-year/one million-kilometre engine warranty that’s got the industry sitting up and taking notice.

Additionally, all Chery Tiggo 4 Pro models are sold with a five-year/60,000km service plan as standard.