Desmond Tutu’s legacy is much more than courageous speeches: He is our North Star of hope and grace 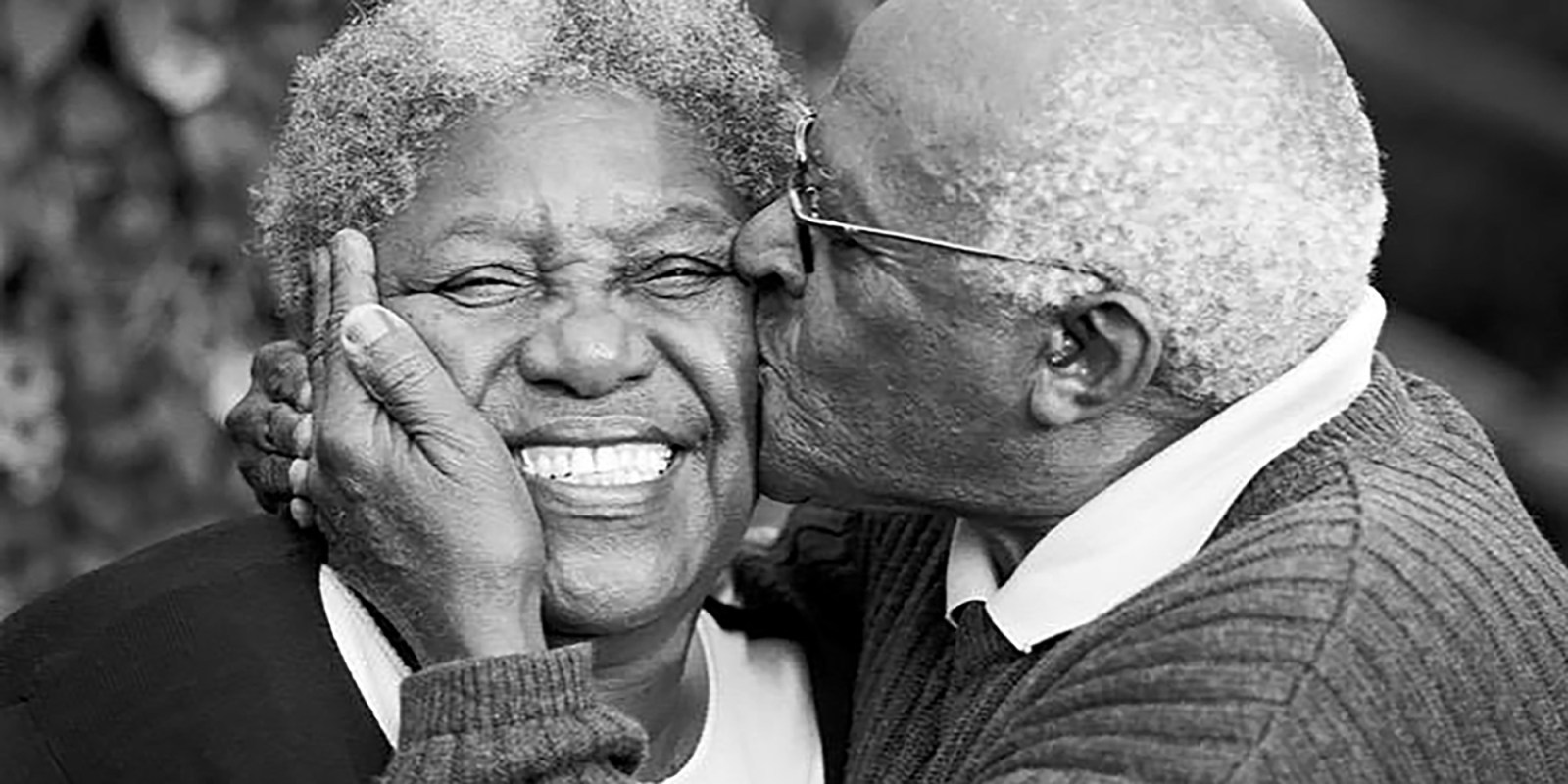 I have witnessed in many places the impact of Archbishop Desmond Tutu’s visionary leadership, his moral imagination and his love for humanity. I have encountered people whose course of life he changed, including students who after hearing one of his radical, transformational speeches sought new paths that would lead to opportunities to participate in social change.

It is only three weeks since Archbishop Desmond Tutu passed away on 26 December 2021. The emotional reactions to his death, with messages pouring in from around the globe, created such a unique period of public grief that for many South Africans it became a summer of despair.

In that first week of mourning, the breaking of each day began with a mournful stillness. Something in the chorus of the early-morning birds sounded subdued. The wind in Fish Hoek, where I live, which I have experienced as quite aggressive in the mornings this time of the year, quieted down, and when it announced itself there was just the tiniest movement of the tops of trees and branches, as if swaying in reverence.

It was as if God commanded everything in the atmosphere to be still. The nearby mountains hovering over our village on a clear, star-lit night looked as if they knew that our North Star had passed on to the next life.

Archbishop Tutu’s friends and those commenting on his global legacy are correct to describe him as a person of unimpeachable integrity and extraordinary moral courage. Watching the anguished face of his wife Leah from our pews at his funeral in St George’s Cathedral as her daughter Mpho pushed her wheelchair at the end of the service, reminded us that his deep, unwavering courage was sustained by the loving solidarity he shared with his wife.

Archbishop Tutu challenged his audiences across the world with his message of love and solidarity to act as the conscience of the societies in which they live. Love, not as airy-fairy idealism, but as a vision that can move humanity forward and inspire a commitment to the practice of justice in a society in which beneficiaries and victims of oppression and violence and their descendants can participate in building new futures.

I once sent the Arch a note of appreciation in which I told him that my admiration for him, already high, rose to an even higher level after observing him leading different dialogue forums in Cali, Colombia as part of a peace initiative. The events in Colombia were organised by the Alvaralice Foundation in February 2005 as a call for peace through restorative justice. I had travelled with Archbishop Tutu as part of a small South African delegation he led, which included retired Judge Albie Sachs and the former justice minister Penuell Maduna.

Tutu’s compassionate wisdom shone through in the most memorable way in his public address to Colombians who were hungry for peace to end the decades-long armed conflict in their country, eliciting a rousing standing ovation from the standing room-only audience of more than 1,500. I will never forget how his public address drew repeated bursts of loud applause from the audience.

Years later, during the formal Colombian peace negotiations that were finally concluded in November 2016, I would receive messages from some of the colleagues who were present when Tutu spoke in their country 10 years earlier, recalling the sense of hope that he inspired at the time.

The live televised broadcast of Tutu’s address to the rebel fighters, calling them to “come down from the mountain” to help rebuild their country, was remembered by one colleague as a “turning point” moment of hope. They didn’t heed Tutu’s call to come down from the mountain, another one said, but his voice “was like a clarion call… the first seeds” that gave her the courage to hope for peace.

I have witnessed in other places the impact of Archbishop Tutu’s visionary leadership, his moral imagination and his love for humanity. In my travels, I have also encountered people whose course of life he changed, including students who after hearing one of his radical, transformational speeches, sought new paths that would lead to opportunities to participate in social change.

Peter Storey, a long-time friend of Archbishop Tutu’s with whom he led the fiercely anti-apartheid South African Council of Churches, teared up at the Tutu home one afternoon before he was laid to rest as he recalled some of these stories of young people who were profoundly touched and changed by Tutu’s moral guidance in his speeches.

But in Tutu’s legacy lies much more than courageous and hopeful speeches. What is remarkable about his life, what is lasting and memorable, was his capacity to act – the responsibility to act in order to restore, to make better and to transform. Acting was part of his faith and his politics. President Cyril Ramaphosa captured Archbishop Tutu’s life of action beautifully in the eulogy he read at his funeral.

I think that this responsibility to act is what drove his plea to Winnie Madikizela-Mandela at the Truth and Reconciliation Commission (TRC), begging her “to say I’m sorry… things went horribly wrong”.

For me, this TRC moment at the special hearing into the activities of Madikizela-Mandela’s football club bodyguards, is another highlight in Tutu’s work when my respect and admiration for him rose several notches. Her greatness would be enhanced if she offered some acknowledgement that not all was well with the activities of the Mandela Football Club, Tutu appealed to Madikizela-Mandela during the hearing. He was not asking her to apologise for apartheid, as some have claimed – including Madikizela-Mandela – in their criticism of Tutu’s stance at the time. For him, it was a matter of existential necessity, an act of apology that he begged her to perform for the sake of a larger good – a purpose greater than herself.

Tutu clarifies the choices he has made and the actions he has taken in his highly regarded scholarship, and this point about “the Arch” being a scholar has been remarked upon by the Archbishop of Canterbury, Justin Welby, in his tribute to Tutu. His book No Future Without Forgiveness has received a continuous stream of scholarly citations across disciplines.

In our own interdisciplinary work we have been interested to learn from his wisdom, and to understand how Archbishop Tutu combined his philosophical practice, his political actions grounded in his faith, with the rigorous theoretical formulations in his scholarly work.

In international conferences we have organised over more than 10 years at the universities of Cape Town (UCT), the Free State (UFS) and Stellenbosch, we have organised round-table conversations between him and leading scholars and practitioners working in areas related to historical trauma, memory and social change in the aftermath of violence.

A collection of essays from our first conference at UCT in November 2006 that featured Archbishop Tutu, Memory, Narrative, and Forgiveness: Perspectives on the Unfinished Journeys of the Past, carries the following dedication:

This book is dedicated to Archbishop Desmond Mpilo Tutu, who embodies merciful justice, and continues to inspire so many to lead with grace and dignity across the globe.

So many people from across the globe have returned to each of our conferences because of the inspiration from the Arch at that first conference and in subsequent ones. At one of the conferences we organised at UFS in October 2013, the large auditorium resounded with applause when he got personal and honoured his wife Leah, sharing loving stories as well as painful memories of harassment of his family by the apartheid police.

We were conscious that the Arch’s failing health meant that he might not be present in our future conferences. At the end of a conference we organised at Stellenbosch University in December 2018, we co-hosted with the Irish Embassy a special dinner where an international group of leading scholars, who all played key roles at this and/or at previous conferences, came together to honour Archbishop Tutu’s life work.

Our conferences will indeed no longer be graced by the Arch. But we will remember him when in response to the scepticism of a scholar of the TRC he would preface his answer with a penetrating look and simply pronounce the words “Grace – grace” as if calling on God’s spirit to guide him as he formulated a response. Our most recent book, History, Trauma and Shame, which was inspired by debates with colleagues about the relevance of Archbishop Tutu’s philosophical practice in dealing with other violent histories, is dedicated to him for being “a beacon of light for all of us who are searching for ways of becoming the best versions of ourselves”.

He will soon be dancing with the angels, even as the soul of our country’s democracy is being tested. DM

Pumla Gobodo-Madikizela is Professor and Research Chair in Historical Trauma and Transformation at Stellenbosch University. She is the winner of the 2020 Harry Oppenheimer Fellowship Award and a Fellow at Harvard University’s Radcliffe Institute.