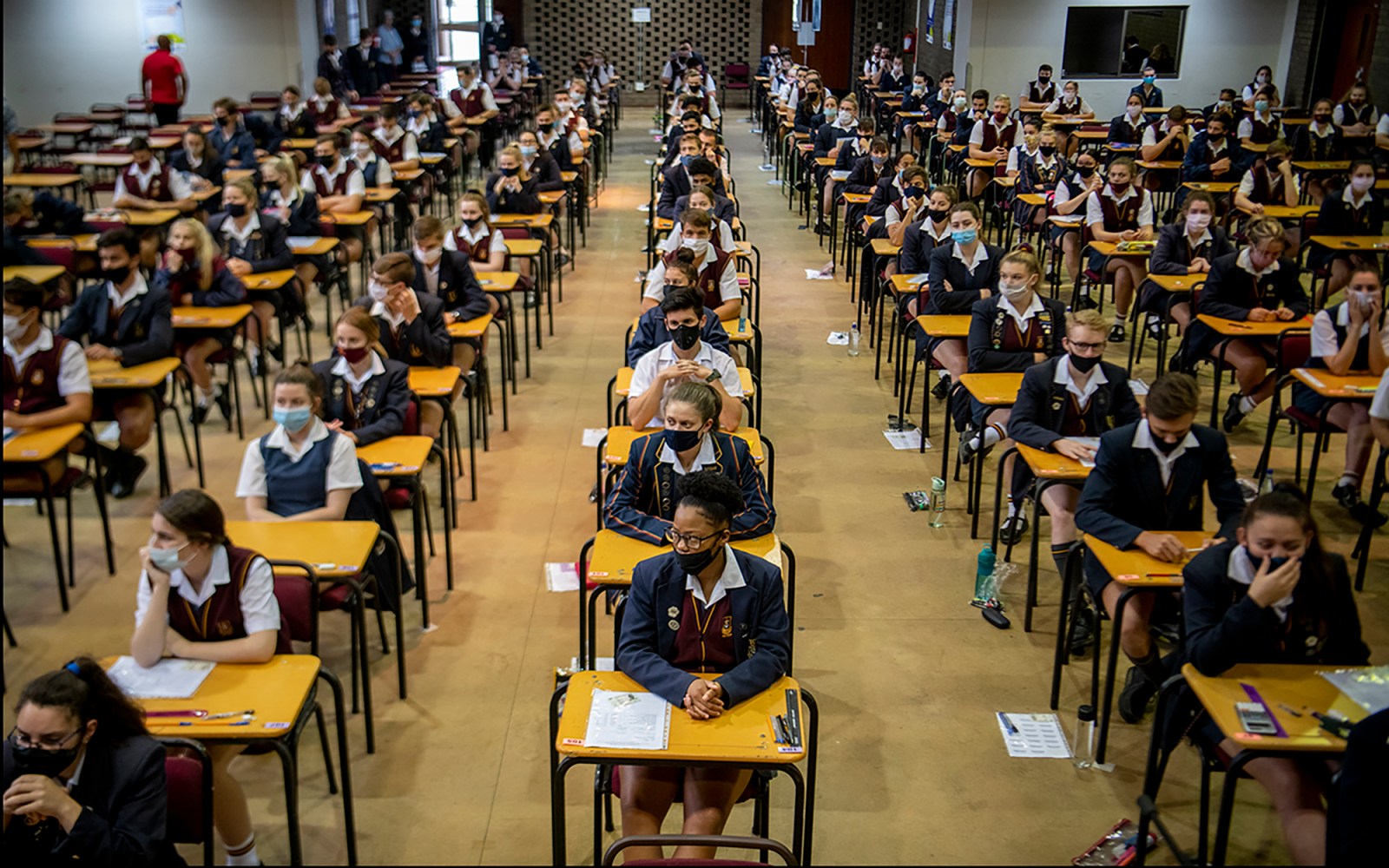 The education quality assurance council Umalusi has given its approval for the release of the 2021 National Senior Certificate exam results, despite some irregularities identified during the writing of the exams. The approval coincides with a court ruling that the matric results may be published in the media after all.

Despite incidents of group copying and identified cases where candidates had unauthorised access to question papers, the 2021 National Senior Certificate (NSC) exam results have been approved by the quality assurance body Umalusi.

However, Umalusi did state that the Department of Basic Education (DBE) is required to block the results of candidates implicated in these irregularities, pending the outcomes of an investigation.

“Having studied all the evidence presented, the Executive Committee of Umalusi Council noted that, apart from some examination irregularities identified during the writing and marking of the examinations, there were no systemic irregularities reported that might have compromised the credibility and integrity of the 2021 NSC exams administered by the DBE,” said Professor John Volmink, Umalusi’s chair of the council.

Volmink added that the education quality assurance body has approved the release of the 2021 NSC exam results, owing to its satisfaction that the exams were administered “largely in accordance with the examination policies and regulations.”

Umalusi held a briefing on Tuesday 18 January, ahead of the release of the 2021 matric exam results, scheduled for Thursday 20 January.

Last week, the DBE had announced that matric exam results would not be published on media platforms, in order to comply with the Protection of Personal Information Act (Popia).

Following an urgent court application lodged by AfriForum, Maroela Media, and matric pupil Anlé Spies requesting the court to order that the DBE continue with the publication of results on media platforms, the Pretoria high court, on Tuesday ruled against the department’s decision.

Thus, the DBE is ordered to publish the NSC results on media platforms as was the practice in previous years.

While Umalusi found there to be no “systemic irregularities” that might have affected the integrity of the 2021 NSC examinations, incidents of group copying and cases where candidates had “unauthorised access” to question papers had been reported.

“Regrettably, Umalusi has learned of a new disturbing trend in which learners are given early access to question papers, a few hours before they write,” said CEO of Umalusi, Dr Mafu Rakometsi.

“This has been detected in a few centres in KwaZulu-Natal and Gauteng. We are not able to provide further details regarding this irregularity as investigations are still going on,” said Rakometsi.

Volmink added that these incidents of “examination malpractice” specifically affected the subjects of life sciences and agricultural sciences.

According to examination guidelines, exam papers are only permitted to be opened in the examination centre, 30 minutes before the start of the exam, said Volmink.

“It is always worrying when people who are entrusted with the responsibility of administering and managing the examination are the ones who compromise the integrity of examinations under a misguided pretext of helping learners,” said Volmink.

Volmink said Umalusi will be working with the DBE to ensure that the necessary disciplinary measures are taken, “to stamp out this practice and to bring those who are responsible to book.”

Incidents of group copying had also been detected, said Rakometsi. However, these incidents were less prevalent than in previous years, he said.

“I also need to point out that, sadly, incidents of group copying are still detected in the writing of national examinations across assessment bodies,” said Rakometsi.

“Umalusi strongly condemns such incidents and all implicated individuals must be brought to book,” he added.

Volmink did not go into further detail about the extent of the irregularities, as the incidents were currently under investigation. The results of these candidates will be blocked pending further investigations.

“The DBE is required to block the results of candidates implicated in irregularities, including the candidates involved in group copying pending the outcomes of further DBE investigations and Umalusi verification,” said Volmink.

“In the cases where candidates had unauthorised access to question papers, the results of the implicated candidates should be blocked pending further DBE investigations and Umalusi verification,” he added.

This means that the quality assurance body can still nullify the results of learners who have been found guilty of benefitting from the early access of question papers, said Volmink. DM