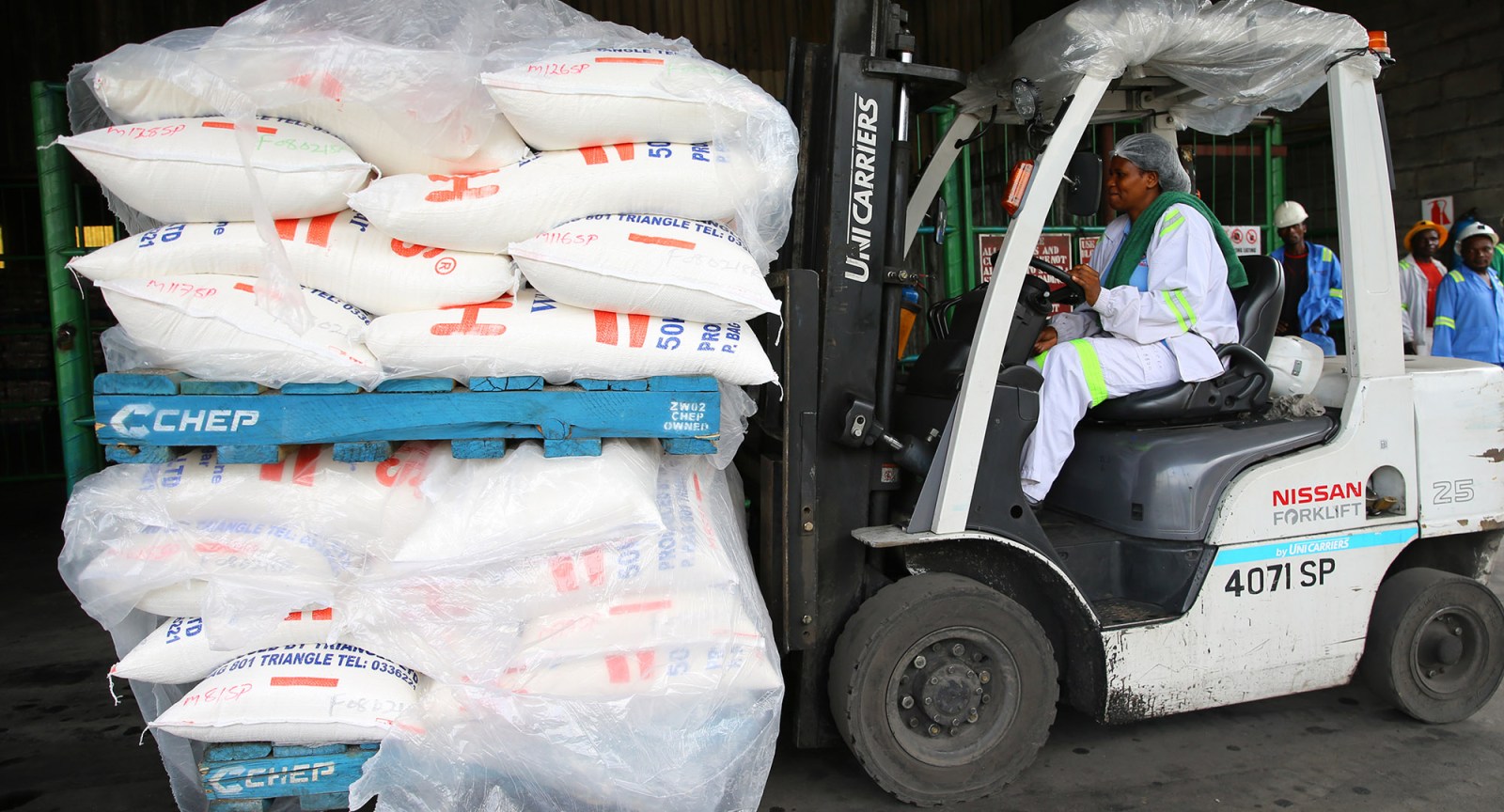 A worker operates a forklift at the Tongaat Hulett factory in Triangle, about 400km south of Harare. (Photo: EPA-EFE / Aaron Ufumeli)

Tongaat Hulett’s R4-billion partially underwritten rights offer is likely to go down to the wire today, with a group of shareholders against doing a deal with one of Zimbabwe’s most notorious families, claiming they may have enough votes to scupper the deal.

Tongaat Hulett shareholders vote on Tuesday, 18 January on four motions that will effectively approve a takeover by Magister, a company controlled by members of the Rudland family, one of Zimbabwe’s financial elite.

The motions will, among other issues, approve the expansion of the share capital of the company and appoint Hamish Rudland to the board. Rudland is the brother of tobacco baron Simon Rudland, whose Gold Leaf Tobacco group is reputedly the largest seller of cigarettes in South Africa by number of cigarettes sold. Magister claims there is no link between the two groups.

The Tongaat Hulett board is recommending the deal, which would most likely see Magister become a 60% shareholder of the company — the maximum the deal allows. The proposed R4-billion rights offer is underwritten to the extent of R2-billion by Mauritius-registered Magister.

Tongaat claims due diligence checks by PwC have been undertaken and that Standard Bank, the effective banker of the deal, has undertaken Anti-Money Laundering and Know Your Customer (KYC) checks. Tongaat is being advised by Rothschild on the deal.

However, the objecting group of shareholders are astounded that Magister could have cleared these hurdles. They claim Magister is a very small company and has interests in two modest-sized companies.

“Of course they passed KYC checks; they passed because there is nothing to see. But the question is, where did this company, which has modest interests in two small companies, manage to find R2-billion?

“We are shocked and appalled that they could even consider this deal,” said one investor on condition of anonymity.

The minimum size of the capital raise required by Tongaat’s lenders is about R2.2bn — about three times the company’s current market capitalisation. This does mean an underwriter could gain control of the business should a significant proportion of shareholders not follow their rights.

One thing that has particularly upset the objecting group is that the price of the shares in the rights offer will not be announced before voting on the idea of the deal takes place. The deal is structured in such a way that the board will assess the rights offer only after approval in general is given for the deal to go ahead.

In both cases, a lower price would suit Magister. “We are not against a rights issue, but this is just a crazy deal for Tongaat… it’s just disastrous.

However, Tongaat has argued that, with a R4-billion cash injection, “Tongaat will unlock long-term growth, protect intrinsic shareholder value and create a legacy for the many people dependent on the Tongaat business across SADC.”

At R5.48 at the close on Monday, Tongaat’s share price remains a fraction of what it was before the 2019 accounting scandal besmirched the company’s reputation. BM/DM