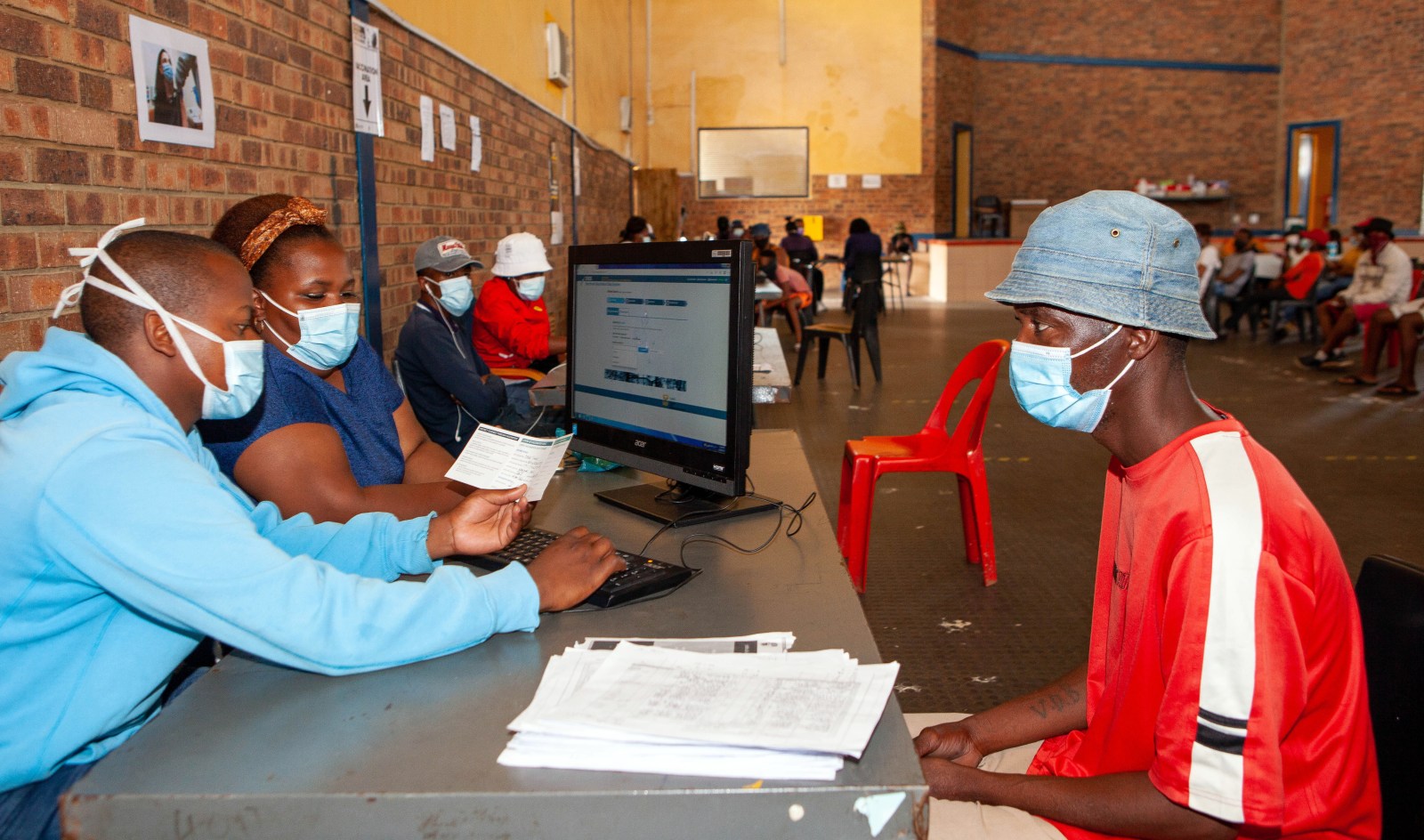 About 400,000 Israelis have received a fourth dose of Covid-19 vaccine, Prime Minister Naftali Bennett said on Tuesday. At the same time, European Union regulators warned that frequent boosters could adversely affect the immune system and may not be feasible.

Spanish Prime Minister Pedro Sanchez said Europe should consider the possibility of treating Covid-19 as an endemic illness. The World Health Organization warned of  a “west-to-east tidal wave” that may infect more than half of Europe’s population within the next six to eight weeks. 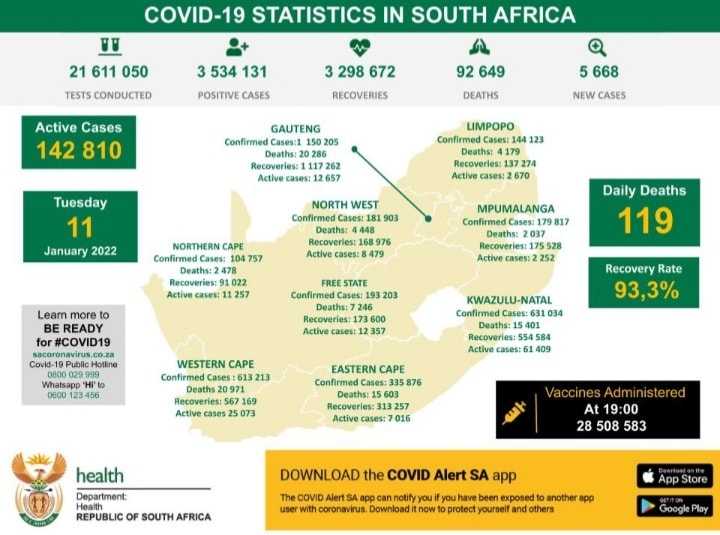 About 400,000 Israelis have received a fourth dose of the Covid-19 vaccine, Prime Minister Naftali Bennett said in a press conference on Tuesday. Israel was the first to give the extra shot to people aged 60 and over, part of his government’s strategy to protect those most vulnerable to the virus.

European Union regulators on Tuesday warned that frequent Covid-19 booster shots could adversely affect the immune system and may not be feasible.

The Omicron-fuelled Covid surge in New York appears to be “cresting over that peak” as the rate of increase slows, New York Governor Kathy Hochul said on Tuesday.

She said the percentage of New Yorkers that tested positive had dropped to 18.6%, from more than 22% in recent days.

In New York City, Covid rates are “plateauing,” while upstate figures are tracking behind the city by a couple of weeks, Hochul said in a virus briefing.

Mexican President Andres Manuel Lopez Obrador is doing well after testing positive on Monday for Covid-19 for the second time in a year, he said during a video appearance at the daily press conference on Tuesday.

“My voice is hoarse – I’m aphonic – but I am fine,” Amlo, as the president is known, said. “A little bit of body aches at first, I’m taking paracetamol and I feel pretty good.”

The president measured his temperature and oxygen levels during the video broadcast: his temperature was a normal 36.1°C and his oxygen level a healthy 96%. Health Minister Jorge Alcocer said that Amlo could return to work next week if he’s feeling better.

Denmark may ease some restrictions

Denmark may end some restrictions next week after the number of new daily virus cases has stabilised, Health Minister Magnus Heunicke told broadcaster TV2. The government may ease restrictions for culture, which could reopen museums, concert venues and cinemas. The parties in Denmark’s Parliament will hold talks on Wednesday, the minister said.

Infections by the Omicron variant  are surging in Moscow after the New Year’s holidays and health officials in the Russian capital are reopening hospital beds in anticipation of a “significant” increase in sickness in the next seven to 10 days, Mayor Sergei Sobyanin warned on Tuesday at a video conference with Prime Minister Mikhail Mishustin and other officials.

Jamie Dimon issued a warning to the vaccine holdouts among JPMorgan Chase’s staff in New York.

“To go to the office you have to be vaxxed and if you aren’t going to get vaxxed you won’t be able to work in that office,” the JPMorgan Chase CEO said on Monday in an interview on CNBC. “And we’re not going to pay you not to work in the office.”

The warning comes after the lender implemented a vaccine mandate at nine Manhattan office buildings last month. Dimon said that 97% of the firm’s employees in New York are already vaccinated.

Omicron may hit half of Europeans, says WHO

More than half of Europe’s population may be infected with Omicron within weeks at current transmission rates, a World Health Organization (WHO) official said.

The fast-spreading variant represents a “west-to-east tidal wave sweeping across the region,” said Hans Kluge, the regional director of the WHO for Europe at a briefing on Tuesday. He cited forecasts by the Institute for Health Metrics and Evaluation that the majority of Europeans could catch it in the next six to eight weeks.

Indonesia will start its booster programme on Wednesday as it braces for the spread of the Omicron variant.

The government will mix vaccine brands, using half-doses instead of full ones as recommended by the local drug regulator to ensure there’s enough supply for the country’s 270 million people.

The health ministry reported 802 new Covid-19 cases on Tuesday, the most since Oct. 23, with eight people dying from the disease.

Spain seeks debate to treat Covid as the flu

Spain is calling on Europe to debate the possibility that Covid-19 can now be treated as an endemic illness, setting a model to monitor its evolution akin to the one used for flu.

“Science has given us the answer to protect ourselves,” Prime Minister Pedro Sanchez said in an interview on Monday with radio station Cadena Ser, adding that the virus’s lethality has been dropping since the beginning of the pandemic. “We have to evaluate the evolution of Covid from pandemic to an endemic illness,” he said.

Vietnam’s parliament approved a stimulus package worth about 347 trillion dong ($15.3-billion) to revive an economy battered by Covid-19 and harsh lockdowns with a focus on assisting virus-hit businesses, workers and increasing infrastructure spending.

The National Assembly voted on a plan that had been significantly reduced over concerns it would spur inflation.

London Heathrow Airport passenger traffic fell 12% in 2021 after successive waves of Covid-19 disrupted travel in the second year of the pandemic.

The UK hub, the busiest in Europe in normal times, catered to 19.4 million passengers in 2021, it said on Tuesday in a statement. Long-distance services were particularly hard-hit, with passenger counts falling 40% to the Asia-Pacific region, where Covid-zero policies have led to extended lockdowns.

Poland has registered 11,400 new Covid-19 cases and 493 deaths over the past 24 hours, Health Minister Adam Niedzielski said on TVN24.

The death toll from the pandemic has now exceeded 100,000, according to the minister.

Indonesia will prioritise elderly and at-risk people to receive booster shots in a programme scheduled to start on January 12, President Joko Widodo, known as Jokowi, said in a statement broadcast on YouTube on Tuesday.

Starting on Tuesday, vaccinated foreign tourists can enter Krabi, Phang Nga, and Koh Samui in addition to Phuket under the so-called sandbox programme that won’t require them to go through quarantine, provided they spend at least a week in these destinations.

Germany recorded a total of 45,690 new cases, compared with 25,255 the day before, according to the country’s public health authority RKI.

Chicago Public Schools are poised to reopen for students on Wednesday after the teachers’ union leadership voted to approve a deal with city officials to restart in-person classes in the nation’s third-largest school district.

Schools have been closed since January 5 after Chicago teachers voted to shift back to remote learning, demanding that the district put in place more stringent protections amid a Covid-19 surge driven by the Omicron variant. On Monday, the House of Delegates voted to suspend the union’s remote action, and the members must now ratify the agreement. The district said classes are cancelled on Tuesday but that the district’s 330,000 students can return on Wednesday.

Hong Kong to roll out new round of relief funds

Hong Kong will announce details on a new round of anti-epidemic funding to support businesses affected by the latest round of social distancing rules on Friday, Chief Executive Carrie Lam said at a briefing.

Hong Kong has about HK$4-billion remaining in the fund after previous rounds.

Authorities in Anyang city, in the central Chinese province of Henan, asked people to stay at home and banned most vehicles from roads, the Xinhua News Agency reported, citing a government notice.

On Monday, two coronavirus infections in Anyang were confirmed as the Omicron variant, according to local media.

Air passengers from Group A, or designated high-risk countries, are set to be banned from transiting through Hong Kong International Airport, according to people familiar with the matter, another move in the financial hub’s aggressive effort to shield itself from Omicron.

Airport officials recently briefed carriers about the plan, the people said, asking not to be identified because the details aren’t yet public. The suspension will start on January 15 and run through February 14, though the end date will be subject to review, one of the people said. Procedures for how the ban will operate are still to be laid out, another person said.

Pressure mounted on Chinese authorities to contain a nationwide outbreak of both the Delta and Omicron variants after reporting 110 locally transmitted infections.

Henan’s Xuchang, a city of more than four million, found 74 cases, while the provincial capital, Zhengzhou, reported 11, two of which were confirmed as Omicron by local authorities.

The outbreak in the northwestern city of Xi’an, the previous epicentre, slowed from its peak, with 13 infections reported on Tuesday. DM/MC

– With assistance from Tony Halpin, Christian Wienberg and Yaacov Benmeleh.