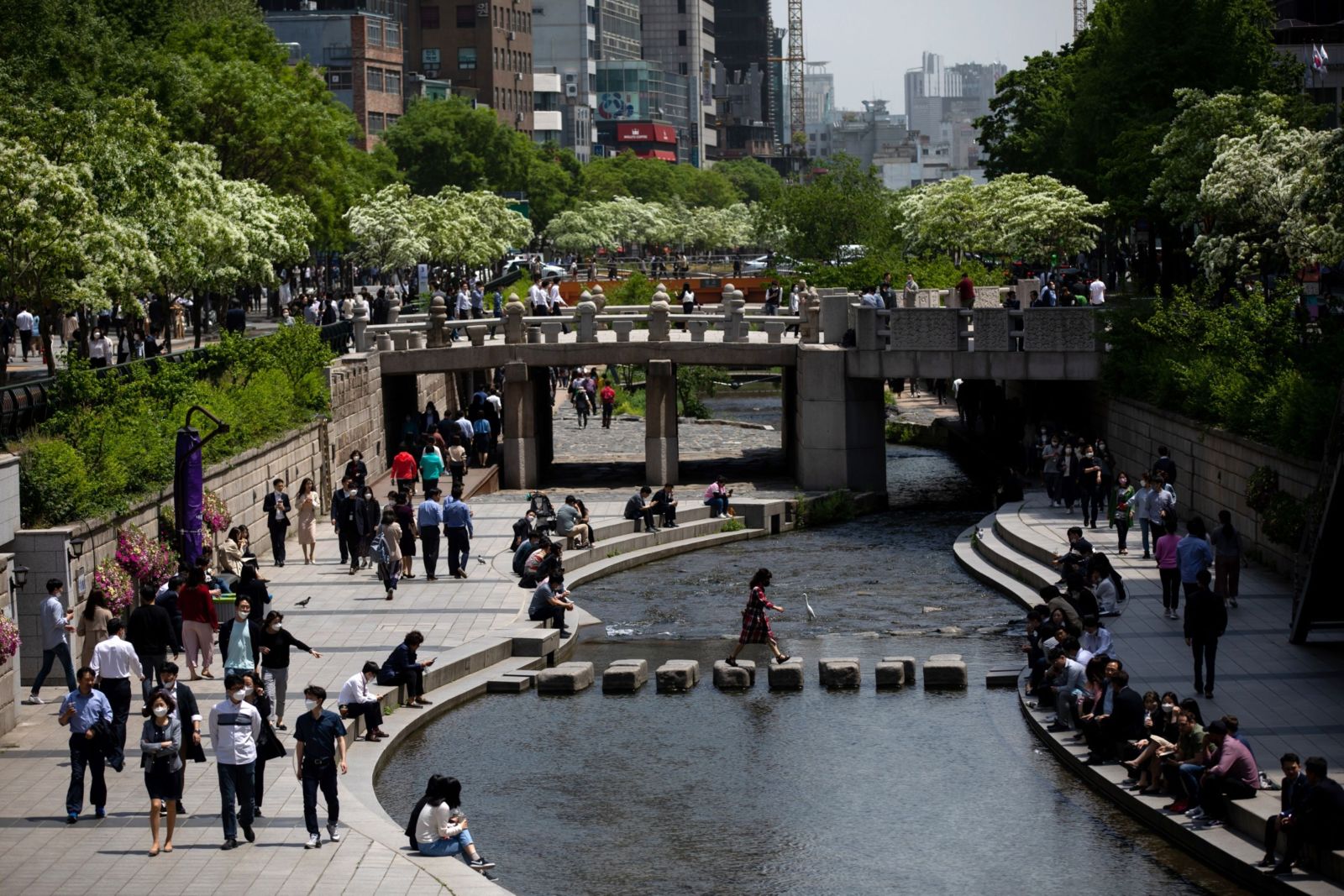 The architecture of tomorrow mimics nature to cool the planet.

The sector has been trying for years to cut its sizeable carbon footprint, which was responsible for 38% of the world’s energy-related greenhouse gases in 2019. But developers need to go beyond preventing pollution if they want to help avoid catastrophic climate change, according to Sarah Ichioka and Michael Pawlyn, co-authors of a new book titled Flourish: Design Paradigms for Our Planetary Emergency.

They argue that buildings should be designed in a regenerative way — a process that mimics nature by restoring its own materials and sources of energy. It goes further than sustainable design, which seeks to reduce harm to the environment and use only essential materials.

“More than half of humanity’s total historic greenhouse-gas emissions have occurred since the concept of ‘sustainability’ entered the mainstream,” Ichioka and Pawlyn write. “It is now time to embrace a new regenerative approach to design and development.”

Their book highlights examples of regenerative design from China to Japan and the Democratic Republic of the Congo. Projects are still rare, but they’re a glimpse of what the future of rural and urban architecture could be.

This rooftop garden, which sits above a large shopping mall in downtown Singapore, grows over 1,600 organic herbs and plants that are used for food and skincare ingredients. The tiny Southeast Asian nation has limited land for agriculture and imports most of its produce, though the government aims to grow 30% of domestic produce locally by the end of the decade.

Edible Garden City, the business which runs the site, maintains multiple plots across the country that grow mushrooms and leafy greens. Some also breed fish and insects.

Designed by Beijing-based DnA and completed in 2015, this theater is constructed entirely from living bamboo taken from the mountains that surround the Chinese village of Hengkeng. It’s hosted a range of activities, from local opera performances to meditation sessions.

The species of bamboo — known as Mao Zhu — can grow when bent and has roots that spread out horizontally to create the foundation of a building. Each year, old bamboo can be easily be replaced and bent to join the existing structure.

Every two decades, a part of the Ise Jingu shrine in Japan is rebuilt from new timber — a ritual that dates back more than 1,300 years. The building is replaced by a new structure with identical dimensions, alongside the same sacred furnishings and objects. The old gate is shaved down and recycled.

Trees that were strategically planted 100 years ago are used for construction materials, and more trees are planted in anticipation of the shrine’s relocation a century from now. It’s not a totally unique process. The Sagrada Familia church in Barcelona and the Ulm Minster church in Germany have followed similar cycles spanning hundreds of years.

The Ilima community is located deep in the jungle of the Democratic Republic of the Congo and sits between farmland and natural habitat. Boston-based architects Mass Design Group saw an opportunity to connect these two landscapes by building Ilima Primary School in the center, to act as a bridge between humans and wildlife. Woven and dyed vines grow around the building to keep teachers and students cool.

The school was produced from custom shingles, mud bricks and beams made exclusively from local materials sourced from within 10 kilometers of the site. Construction emitted 307 fewer metric tons of carbon than the global average for schools of the same size.

The demolishing of an elevated motorway uncovered six kilometers of Seoul’s historic Cheonggyecheon stream. The project, completed in 2005, increased biodiversity by more than sixfold, according to the Landscape Performance Series. Within three years of restoration, paths along the stream were as much as 5.9 degrees Celsius cooler than on a parallel road four blocks away, and air pollution dropped by more than a third.

Birds appeared the first day that plants began arriving in 2012 at this saltwater-cooled greenhouse built on previously barren Qatari desert. They were followed by grasshoppers, then butterflies, then a long-eared rodent called a jerboa.

The revival shows that nature has a great capacity for regenerative growth under the right conditions, in this case created by human design, Ichioka and Pawlyn write in their book. DM/OBP