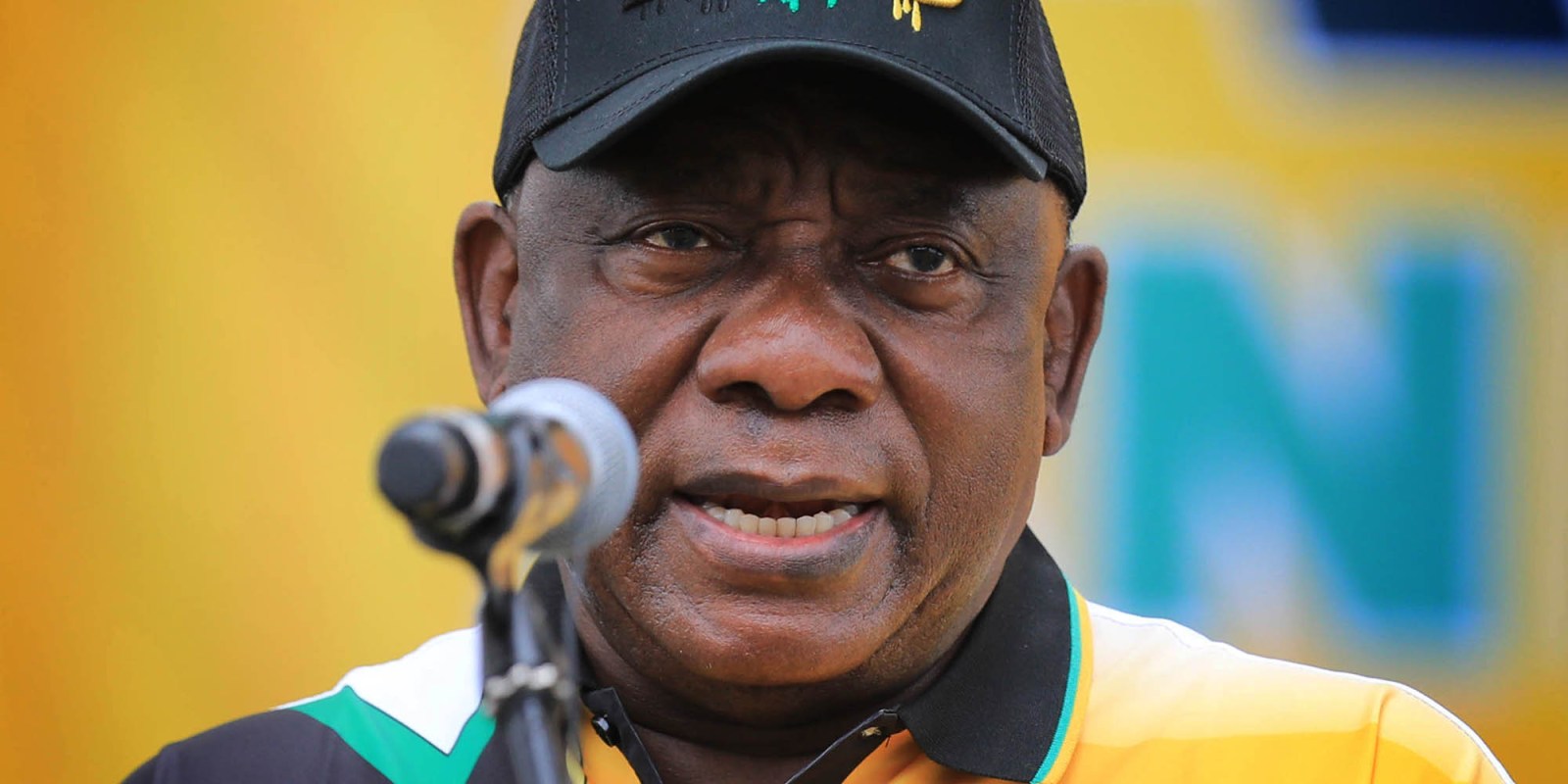 Limpopo Premier Stan Mathabatha’s pronouncement was politically risky because the opinion of the lower structures hasn’t been formally gauged yet, but he wouldn’t have said it if Ramaphosa were not ready to put up his hand for re-election.

Lobbying for the ANC’s top six leadership positions has begun in earnest with the party’s January 8 rally on Saturday in Polokwane — and a number of public events in the run-up.

Ramaphosa himself hasn’t reacted to the pronouncement, but told some journalists after the event that it’s up to “the membership of the African National Congress who must be given the opportunity and the right to take those decisions”.

The ANC’s national elective conference is set for December.

Mathabatha’s pronouncement was politically risky because the opinion of the lower structures hasn’t been formally gauged yet, but he wouldn’t have said it if Ramaphosa were not ready to put up his hand for re-election.

Formal nominations happen in the form of a provincial general council a few weeks before the elective conference and although “premature” pronouncements like Mathabatha’s are frowned upon by party purists (Iqbal Surve’s Daily News over the weekend quoted unnamed KwaZulu-Natal branch leaders as being unhappy with this), they’re hardly ever met with sanction.

Ramaphosa also has the power of incumbency, and Mathabatha’s pronouncement might have been made with an eye on a future national position.

As one of the ANC’s strongest provinces electorally — more than 68% of voters here made their cross next to the ANC in November’s local government elections — Mathabatha’s endorsement would have been important for Ramaphosa as he has been under fire for the ANC’s weak showing in the November polls.

On Sunday morning the ANC secretary in the Northern Cape, Deshi Ngxanga, tweeted that he, on behalf of the Northern Cape, would “second the proposal” by Mathabatha. He did not respond to messages requesting more information, but his stance is not surprising as this is a position long held by the ANC in his province. The province is also the smallest voting bloc in the ANC, and although Ngxanga’s pronouncement could help rally support for Ramaphosa from other provincial leaderships, Northern Cape delegates will have a small say in the outcome of December’s elective conference.

There are no fixed positions as yet in the different campaigns over who they want to see in the top six, a Ramaphosa lobbyist said, but horse-trading will soon be in full swing. Ramaphosa for now looks likely to be re-elected.

Another supporter of Ramaphosa said there are no candidates strong enough to oppose him as president, but the fear in the camp of the incumbent is that his detractors would try to load the National Executive Committee (NEC) with their people and influence decisions and outcomes this way — rendering Ramaphosa powerless.

It could be for this reason that Mathabatha last month at the Sekhukhune regional conference in Groblersdal said the NEC should be cut in half, to 40 members. Presently there are 80 members in addition to the top six.

In the top six, at least one position is wide open with Deputy Secretary-General Jessie Duarte having declared that she is ready for retirement. Duarte has been on sick leave since the beginning of December with gastrointestinal issues that saw her hospitalised.

Unless his corruption case is fast-tracked and finalised — which is unlikely — suspended ANC Secretary-General Ace Magashule will not be allowed to take part in the elective conference and some current premiers, like Mathabatha, might be eyeing his position. Over the weekend Magashule attended the funeral of Emalahleni Mayor Linah Malatjie, who died in a car crash. The event was attended by several mourners dressed in ANC colours, who cheered Magashule.

Tourism Minister Lindiwe Sisulu, who has put up her hand as a possible contender for a position in the Presidency, was also there, as was ANC Women’s League President Bathabile Dlamini. Sisulu ran for deputy president on Ramaphosa’s slate in 2017, but was defeated by David Mabuza.

This year is likely to be marked with tough contests within the ANC, its leagues and its allies, as almost all the structures are due for elections.

This is partly due to the Covid-19 pandemic lockdown, which has made the convening of gatherings tricky. It also meant that the ANC couldn’t have its mid-term national general council in 2020, where some of Ramaphosa’s detractors were hoping to pass resolutions that would weaken his leadership.

The South African Communist Party is due for its conference in July, while labour federation Cosatu will convene in September. “One big relief is that the president has the support of the alliance for his reforms,” a Ramaphosa lobbyist remarked this weekend, referring, among others, to his fight against corruption.

Even though these structures can’t vote, many of their members are also in the ANC and they are important for campaigning. The ANC’s youth and women’s leagues are also due to have their conferences this year. The youth league conference has been postponed several times, and it’s entirely possible that this year could pass without it convening. It is now being run by a task team coordinated by Nonceba Mhlauli, who is pro-Ramaphosa.

The leagues have voting rights at ANC conferences, but, as with the alliance partners, their real power lies in campaigning. The youth league has also in the past loaded ANC branches with young people who made demands of prospective leaders in exchange for support.

The 2,000 or so ANC supporters accredited to attend the party’s 110th birthday rally on Saturday cheered loudly in support of Mathabatha’s pronouncements in favour of Ramaphosa. Outside the stadium, too, there were branch members who made their way to Polokwane to show support. They were left to watch the speeches on a live-stream on their phones.

“We are here to support a credible president,” an ANC member who drove from Gauteng said. He also said they were there to celebrate the governing party’s birthday as the oldest liberation movement on the continent.

“We stand the course, we support the president, we still have a conviction to be a leader of society, to champion the interest of the people of the country,” he said. DM