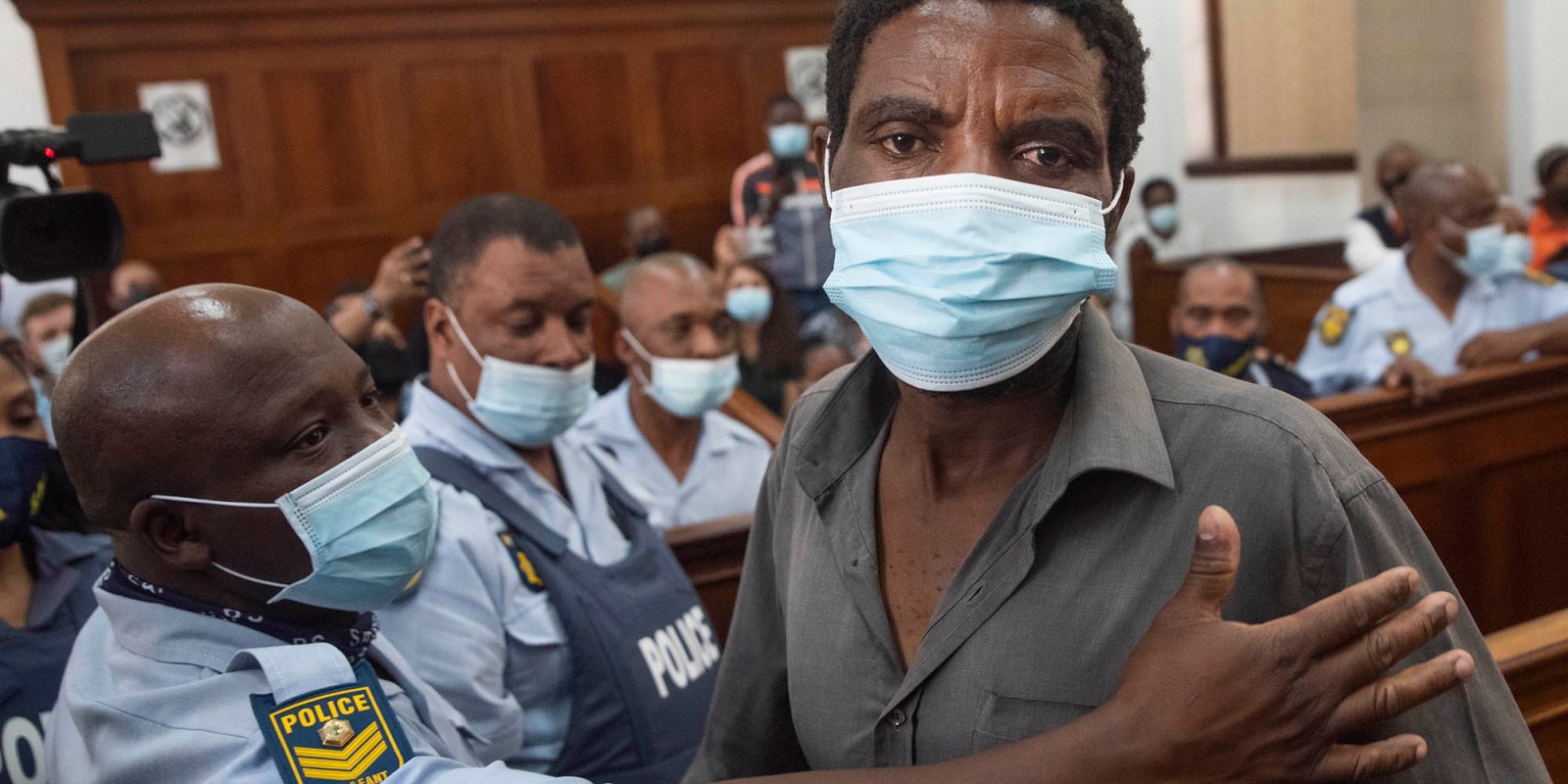 Zandile Mafe’s lawyer believes it’s inconceivable that his client could have known Parliament was vulnerable to an arson attack, suggesting he is a scapegoat for the government’s failures.

In an interview with Daily Maverick on Thursday, Zandile Christmas Mafe’s legal representative, Advocate Luvuyo Godla, described his client as a scapegoat for the fire at Parliament.

It is the State’s contention that Mafe is the man who started the fire in the precinct on 2 January. The blaze spread rapidly and destroyed the National Assembly building, historical artefacts and artworks.

Godla said that he had not been supplied with a copy of the charge sheet, without which he cannot prepare his heads of arguments and a founding affidavit in support of a bail application for Mafe.

“My client, as well as I, believes that he is innocent. I would believe his innocence solely on the basis that no ordinary person would simply travel all the way from the Khayelitsha area with the intention of committing a crime of theft and housebreaking,” said Godla.

“Leaving all the places and allegedly going to Parliament to remove some reams of papers and taking a laptop. Parliament is such a very massive village and now you would ask yourself how one would be able to know at that particular minute there won’t be members of SAPS at the gate or any members of Parliamentary Protection Services inside the building.”

At that particular minute, Godla further explained, the alarm system was turned off and the smoke detectors were faulty, causing the sprinklers to remain inactive when the fire began.

“Could [Mafe] be that person who got that intelligence and that expertise of tampering with all those security matters? Someone is pulling the wool over the face of the public,” Godla said.

Western Cape National Prosecuting Authority (NPA) spokesperson Eric Ntabazalila said the NPA could not complete its charge sheet by the time Mafe appeared in court on Tuesday as the Hawks could not access the crime scene before the fire department handed it over to the police.

The ruins of the National Assembly were handed over to the Department of Public Works on Thursday and a group of 10 engineers, including a fire expert, will assess the building’s safety before the scene will be handed over to the Hawks to continue their investigation.

On Tuesday, Public Works and Infrastructure Minister Patricia de Lille said the suspect entered the building at about 2am and was only detected four hours later.

No parliamentary protection services staff were on duty when the fire broke out at Parliament early on Sunday morning. The National Education, Health and Allied Workers’ Union said shifts over weekends and public days had been cancelled to save overtime pay.

All the controllers were on standby, meaning that they were not at the precinct but at their homes waiting to be called in the event of an emergency.

Following Mafe’s brief appearance in the Cape Town Magistrates’ Court on Tuesday, a flurry of allegations levelled against him went viral on social media.

Some of the claims included that he appeared to have mental health challenges, that he stayed for a short period in a shack in Site B in Khayelitsha, and that he may have been a former member of Umkhonto weSizwe or a former combatant.

“There is nothing for now that … poses some doubts with respect to his state of mind,” Godla said.

“If one has to note his behaviour during his first appearance, this is the behaviour that one can expect with any accused person when he goes to the dock and is surprised by a large number of media people and photographers. This was a shocking environment for my client.”

Godla added that if there were any doubts about Mafe’s identity or character they had been created by the State.

Regarding claims that he may have been a former combatant, “Zandile Christmas Mafe” does not appear on a list compiled in 2014 of 56,000 members of different South African armed forces groups, including Umkhonto weSizwe, the Azanian People’s Liberation Army and the former South African Defence Force.

As there is little known about Mafe or why he may have committed the alleged crimes, rumours continue to swirl. One rumour claimed the 49-year-old was an ex-Umkhonto weSizwe member who had trained abroad. A senior ANC intelligence official, speaking on condition of anonymity, said Mafe could not have gone abroad with Umkhonto weSizwe, because of his age.

Mafe is scheduled to be back in the Cape Town Magistrates’ Court on Tuesday, 11 January. DM