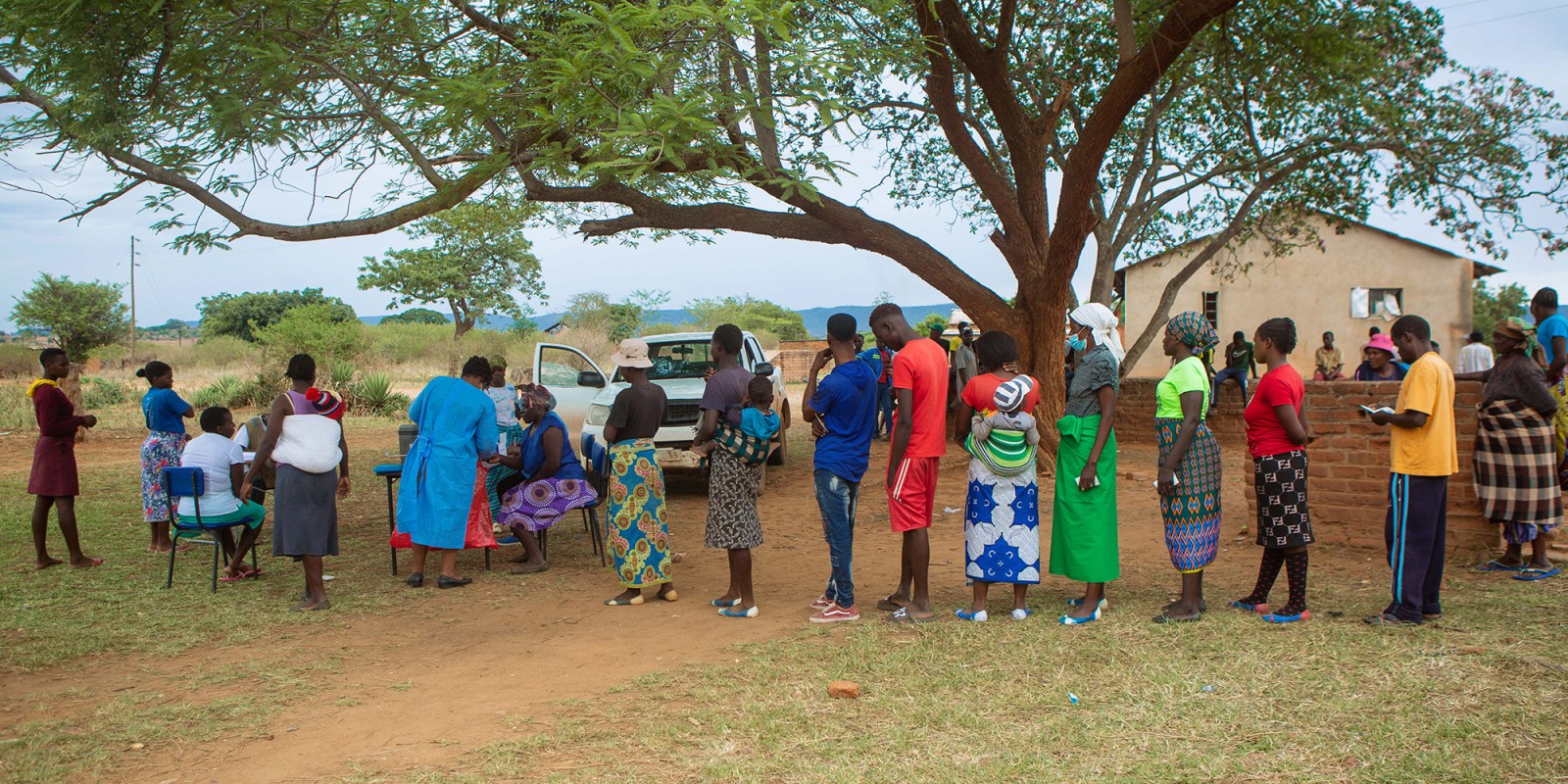 People queue for Covid-19 vaccinations at a point set up by a mobile team at Buwi Secondary School in Chinhoyi, Zimbabwe. (Photo: Tafadzwa Ufumeli / Getty Images)

The US shortage of at-home tests is forcing choices: New York City health officials say they will prioritise keeping schools open, while Florida will focus testing on nursing homes and other long-term care facilities. 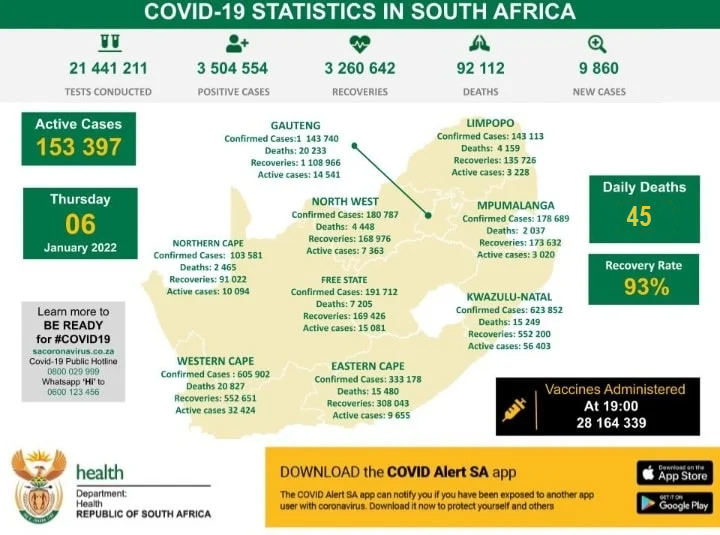 The Omicron variant appears less serious than previous strains, but shouldn’t be considered mild, the director-general of the World Health Organization said.

Tennis star Novak Djokovic remained in legal limbo in Australia after a dispute over his request to be exempted from vaccination requirements on entering the country for a tournament.

Walmart is cutting paid leave in half for workers who test positive or have to quarantine after exposure to the virus, offering only one week through March 31 rather than two.

The change is “in alignment” with current guidance from the US Centers for Disease Control and Prevention, Walmart said in a memo to employees. The reduction in paid leave was reported earlier by Reuters.

A Twitter account followed by more than a million people looking for rare PlayStation 5 game consoles is now helping them find Covid-19 tests.

The account known as Wario64 tweeted on Thursday that BinaxNOW rapid tests were in stock from Amazon. On Wednesday evening, it alerted followers when the test became available on Walmart’s website in some regions, generating thousands of likes and hundreds of quotes and retweets.

The new focus for Wario64, who predominantly tweets about the availability of video games and restocking of game consoles, underscores just how much trouble Americans are having finding Covid-19 tests.

In Quebec, no shot, no pot

Quebec has tried everything from restaurant closures to a curfew to slow down hospitalisations as the Omicron variant rages on. It’s now adding a more draconian measure to its arsenal: Requiring vaccination proof to enter government-owned alcohol and pot stores.

“I hope it will be an additional incentive for some to go get their first dose,” Dube said.

Omicron is not mild, WHO says

The Omicron variant of the Covid-19 virus appears less serious than previous strains but shouldn’t be considered mild, the director-general of the World Health Organization said.

“Omicron is hospitalising and killing people,” Tedros Adhanom Ghebreyesus told reporters at a briefing in Geneva on Thursday.

Chicago’s surge is filling up its intensive care unit beds. The city’s positivity rate is 23%, and 89% of its 1,026 ICU beds were in use on 5 January, according to the city’s dashboard. Patients with the virus make up about 30% of the overall ICU bed use, according to the data.

Belgium’s hospitals should be able to cope with the current surge of Omicron even as new cases may quadruple by mid-January, experts said on Thursday.

Hospitals will probably have enough beds available in intensive care units to handle the peak of infections expected by the end of the month, virologist Steven van Gucht told reporters following Thursday’s meeting by the federal government and regions.

Portugal’s schools will reopen on 10 January as planned, while nightclubs will stay shut for another week, Prime Minister Antonio Costa said. Remote working will also remain mandatory until 14 January and will be recommended after that.

Florida Governor Ron DeSantis said the state will send out up to a million home Covid-19 tests, prioritising nursing homes and other long-term care facilities.

Speaking in West Palm Beach on Thursday, he said the second priority would be the state’s seniors generally.

DeSantis also reiterated his administration’s plan to release new testing guidelines which will emphasise testing for those with risk factors. The Florida Republican has argued that widespread testing, including of asymptomatic low-risk people, is no longer needed and contributes to long lines and bottlenecks.

New York City health officials say they plan to receive 2.5 million additional at-home tests on Thursday and Friday, but that a national test shortage means the city is prioritising the tests for the reopening of schools.

The city is opening another 20 sites over the next week and has tripled the number of tests it conducts since 6 December. However, the roughly 200 city-run sites are only able to perform about 50,000 tests a day for a city of more than eight million people. Roughly 65% of the PCR and rapid testing is done by private testing facilities or at-home tests.

Africa has to focus on getting Covid-19 shots into people’s arms, especially those who are immunosuppressed, if it is to avoid the long-term spread of the disease, according to John Nkengasong, director of the Africa Centres for Disease Control and Prevention.

Sub-Saharan Africa is home to about 70% of the total number of people globally infected with HIV, which causes the immune disease Aids. A study of an HIV-positive 36-year-old woman in South Africa showed that the Covid-19 virus stayed in her body for 216 days and mutated rapidly. South Africa alone has 8.2 million people infected with HIV, according to the national statistics agency.

Hong Kong’s push to reimpose strict Covid-control measures suffered an embarrassing setback after it emerged 10 government officials had gone to a large party attended by a person believed to have Covid.

Chief Executive Carrie Lam announced the probe into a party of more than 100 people – including some of her government’s top officials — a day after outlining new measures to curb an Omicron outbreak in the city. Home Affairs Secretary Caspar Tsui apologised on Facebook after being sent to a quarantine camp, while health authorities sought to determine whether another Cabinet official, Immigration Director Au Ka-wang, was also in close contact with the infected party-goer.

Germany can avoid a sweeping lockdown even if the Omicron strain of Covid-19 fuels a “drastic increase” in infections in the coming weeks, according to Finance Minister Christian Lindner.

Speaking ahead of Friday’s talks to decide on the government’s pandemic strategy, Lindner said that Germany can tackle the virus and prevent overloading the health system with “reasonable” measures that avoid closing businesses and schools.

The Latvian government extended a lockdown until the end of February to slow a surge in cases.

Authorities prolonged the current restrictions before their expiry on 11 January, the Baltic country’s public broadcaster reported on Thursday.

Djokovic remains in limbo in Australia

Lawyers for Novak Djokovic mounted a legal challenge against Australia’s decision to deport him after federal officials overruled a state vaccine exemption for the tennis star that sparked a national uproar.

The player, due to contest the Australian Open this month, offered insufficient proof to enter the country under current pandemic rules, the Australian Border Force said on Thursday. While he was earlier granted a medical exemption to enter the state of Victoria, the federal government revoked that after officials questioned the athlete for hours at Melbourne Airport.

Djokovic will remain in Australian immigration detention following a court’s decision to adjourn his appeal against a visa cancellation, Associated Press reported on Thursday.

Richard Branson is recovering from a “mild” case of coronavirus, the Virgin Group founder said in a tweet on Thursday, adding that he and his wife both caught the Omicron variant.

Branson used the opportunity to urge those eligible to get a booster. DM