ConCourt gets hammered: Has Zondo’s first report triggered the start of a new insurrection attempt? 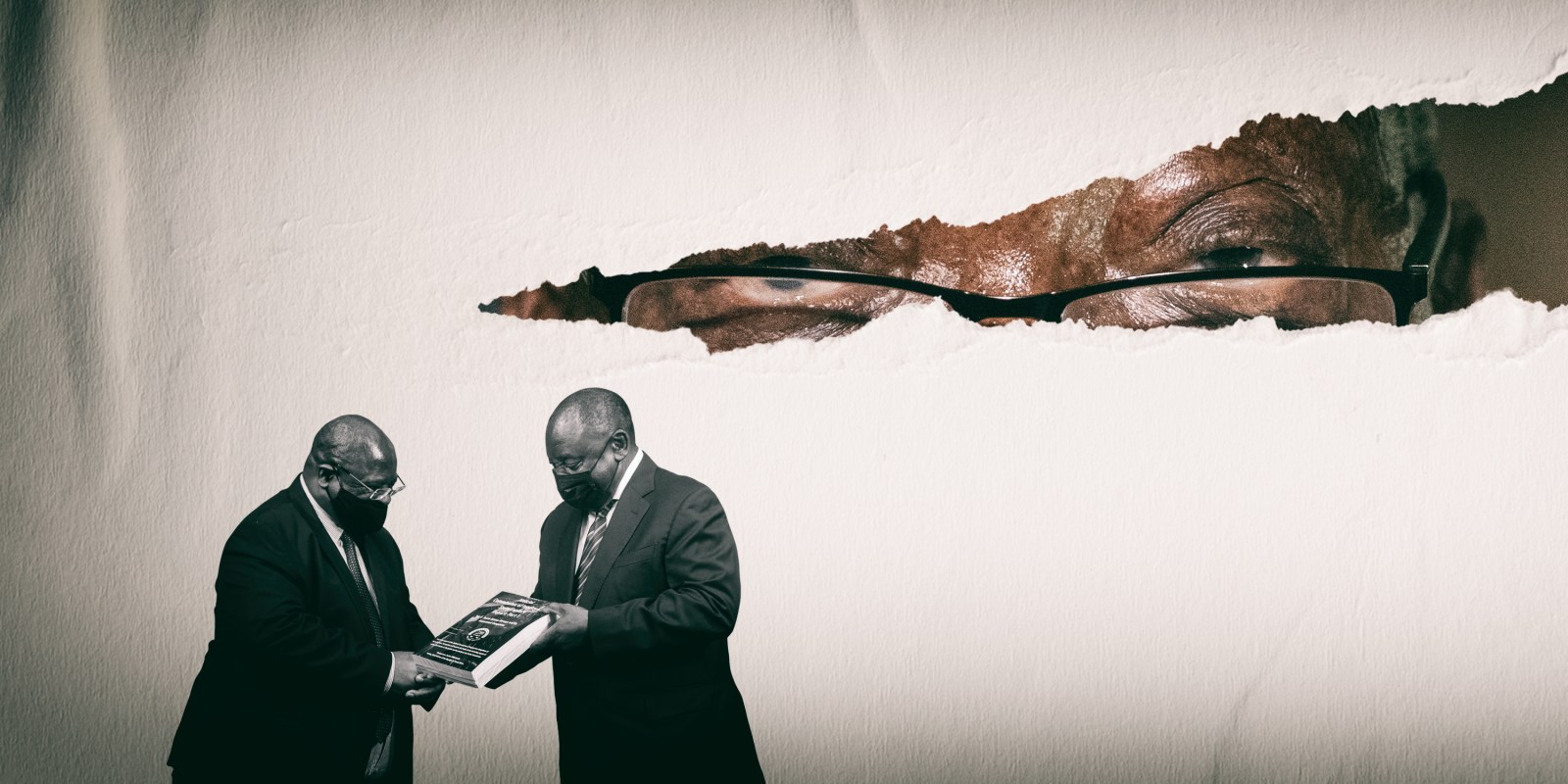 Questions are being raised after the Constitutional Court was attacked by a hammer-wielding man just days after fire destroyed much of the parliamentary precinct.

The release of the take-no-prisoners first part of the Commission of Inquiry Report into State Capture has raised political temperatures, coming on the same day as an extraordinary attack on the Constitutional Court.

A 36-year-old man was arrested on Wednesday after using a hammer to smash windows at the Constitutional Court. Police fired a warning shot after he ignored their warnings to stop what he was doing.

Condemning the act of vandalism, Justice and Correctional Services Minister Ronald Lamola said that any person who attacks the Constitutional Court — “or any other of our democratic institutions for that matter, is attacking democracy and what it represents”.

An organisation aligned to the RET faction of the governing ANC, Democracy in Action, failed to prevent the release of the Zondo report after seeking an urgent interdict on Tuesday. Judge Avrielle Maier-Frawley struck down the application. The organisation argued that President Cyril Ramaphosa might be implicated and that custodianship of the report should instead lie with Public Protector Busisiwe Mkhwebane.

A devastating fire at Parliament took days to be extinguished after breaking out on Sunday. Zandile Christmas Mafe, 49, who was photographed sleeping rough outside the legislature building in Cape Town, was subsequently arrested and charged in connection with the blaze.

Zondo’s report implicates former president Jacob Zuma directly in State Capture. He features on 92 pages of the more than 800-page first part of the State Capture report. Zuma is the godfather of the ANC’s RET (radical economic transformation) wing. Ramaphosa’s reformist wing narrowly defeated these pro-Zuma elements for the presidency in 2017.

Several RET acolytes are associated with the July 2021 insurrection attempt. More than 330 people died and scores were injured in the chaos. The attackers brought the country to the brink of a racial war. GDP is likely to have been slashed by R50-billion in the wake of the destruction, according to economists.

The State Capture Commission drew a straight line from the capture of intelligence to the July riots, which Ramaphosa called a “failed insurrection”.

Investigations by civil society have shown how ANC members were also linked to the violence. The former spokesperson of the disbanded MK Military Veterans Association, Carl Niehaus, organised WhatsApp groups for the protests. The riots started after Zuma was jailed after a Constitutional Court contempt of court judgment.

Zondo’s report says that 1,438 persons and entities are implicated by the proceedings of the four-year-long inquiry into State Capture. Zuma’s consigliere and the chairperson of the Jacob Zuma Foundation, Dudu Myeni, features on 138 pages of the report. It recommends that she be investigated for her role in capturing SAA and other instances of corruption, as reported here.

“Those responsible for governance at SAA, SAAT (SAA Technical) and SA Express displayed a wanton disregard for these standards (of accountability). Rather than acting in the entities’ best interests, they were motivated by their own personal interest,” the report found.

Myeni is an influential figure in the RET faction, as are others against whom a series of findings were made. The report will result in waves of revelations, conclusions and recommendations of action to be taken against people aligned to Zuma, as parts two and three of the final report are released over the next two months.

The commission has come under near-constant attack by the faction Zuma leads. Zondo’s home address was disseminated in the WhatsApp groups that organised the July violence, and his security had to be significantly beefed up. The judge faces a higher threat level now because he is also the acting chief justice stationed at the Constitutional Court, which was attacked on Wednesday.

Zuma in the crosshairs

While Zuma refused to account for the many times he was implicated by witnesses at the commission, findings have been made against him based on the petabyte of evidence assembled and processed by Zondo’s investigators and his legal team.

“On the evidence heard by the Commission there is absolutely no doubt that President Zuma did, indeed, instruct (the late) Minister (Collins) Chabane to fire Mr Themba Maseko from his position as DG and CEO of GCIS (the Government Communication and Information System).

“There is also no doubt that in giving this instruction, President Zuma was giving effect to the wishes of the Guptas or was complying with their request or instruction…” the report found. It was also ascertained that the Guptas had wanted a slice of the state’s R600-million advertising budget for their New Age newspaper.

The report confirmed whistle-blower Athol Williams’ testimony that Zuma had met representatives of Bain & Company 17 times between 2012 and 2014 to plan the capture of SARS and to structure a new central procurement agency for private financial enrichment.

“It is a notable feature of the SARS evidence, in contrast to the rest of the evidence which the Commission heard, that this is one of the few instances where President Zuma was himself directly and personally involved in the activities and plans to take over a government entity, namely, SARS.  Another was Eskom…”

While the ANC has disbanded the MKMVA, it has continued to campaign and operate. In October 2021, some members rebranded themselves as the Liberation Struggle War Veterans and took two ministers and a deputy minister hostage at an Irene hotel in Pretoria; 56 were arrested and faced charges. The Zondo report implicates the MKMVA in the section on SAA.  Former finance minister and MKMVA leader Des van Rooyen demanded illegal tenders for certain veteran-led companies from SAA and SAAT, the report found.

The RET faction is hoping the ANC branches will unseat Ramaphosa as party president when the party holds its next elective conference.

It is slated for December 2022, but the pandemic caused the party to miss its national general council meeting in 2020, so the elective meeting may be postponed. However, campaigning has already begun and the start of the serialised publication of the Zondo report — just days before the ANC’s annual January 8 anniversary statement — has the RET faction in high dudgeon. DM