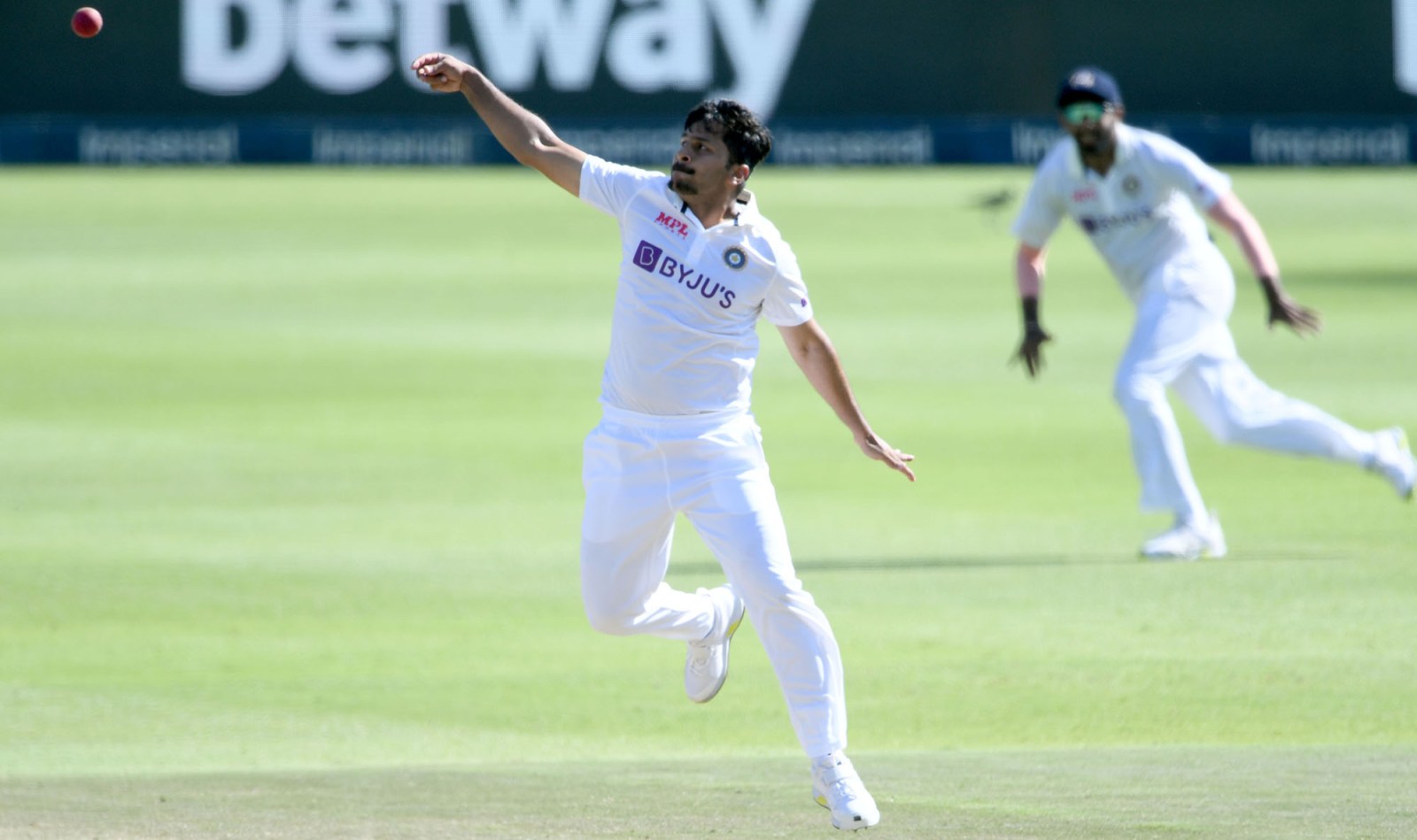 A tough Wanderers pitch that offered variable bounce ensured that batters had to fight for every run on Tuesday, day two of the second Test.

Indian seam bowler Shardul Thakur made certain that the battle for runs and dominance would be even harder with an excellent display of relentless medium-fast bowling. The seamer registered the best bowling figures by an Indian player against South Africa in Test cricket, recording spectacular figures of 7-61.

It ensured that the Proteas were only able to take a 27-run first innings advantage after the batting unit again failed to pass 300 in an innings. They were dismissed for 229 in reply to India’s first innings total of 202.

By the close, India were 85 for two in their second innings, 58 runs ahead. If the tourists stretch their advantage to beyond 200 on day three, they will fancy their bowling unit to secure victory.

After starting day two on 35 for the loss of one, with the wicket of Aiden Markram falling the night before, Keegan Petersen and Dean Elgar withstood an excellent morning spell to build a 74-run stand in 35 overs.

But Mohammed Shami, who bowled a persistent line and length outside off-stump, and Jasprit Bumrah who got the ball to move both toward and away from the batters, always looked threatening.

It was Thakur, though, who prospered after their toil, while Mohammed Siraj, battling with a hamstring injury sustained at the end of day one, invariably bowled within himself, rarely reaching over 130km/h. This brought about the opportunity for stand-in captain KL Rahul to throw the ball to fourth-choice seam bowler Thakur.

He grabbed the opportunity, producing a brilliant spell of accurate medium-fast bowling which pegged the Proteas back just before lunch. South Africa went from 88-1 to 102-4 in the space of seven overs before the break. The Indian allrounder bowled 4.5 overs, took three wickets and conceded only eight runs in his morning spell.

Elgar’s marathon innings of 28 0ff 120 balls eventually came to an end, half an hour before lunch, when the golden arm of Thakur found the edge of the skipper’s bat and he was caught behind by wicketkeeper Rishabh Pant.

Petersen continued his elegant stroke-making and the South African No 3 brought up his maiden Test 50 with a thick outside edge to a vacant third man region. The stylish right-handed batter struck nine boundaries in his innings.

Thakur struck again, removing Petersen for a well-constructed 62 off 188 deliveries.

The usually graceful Petersen played straight to a ball pitching outside the off-stump and swinging away. The ball caught the edge of his bat and flew to Mayank Agarwal at second slip who made no mistake with the catch.

A controversial moment then ensued when Rassie van der Dussen inside-edged a Thakur delivery on to his thigh pad as the ball lobbed to Pant behind the wickets. Van der Dussen was adjudged caught behind by umpire Marais Erasmus on the final ball before the lunch break.

During the break, the commentators noticed that the ball might not have carried to wicketkeeper Pant. After deliberation between the umpires, they decided, based on the video footage that the evidence was inconclusive and the Proteas’ batter remained out after the lunch break.

A spirited partnership followed between the two which helped prevent further collapse as the Proteas edged closer to India’s first innings total. The pair put on 60 off 122 balls for the fifth wicket.

The impressive Thakur then removed Verreynne, trapped leg before for 21 with a ball that nipped back and struck the wicketkeeper-batter on the pads.

Shortly afterwards, Bavuma brought up a magnificent half-century, the 17th of his career, in only 60 deliveries, striking six fours and one huge six. The diminutive batter was caught strangled down the legside by that man Thakur again, off the very next delivery, with Thakur taking his first five-wicket haul in Test cricket.

Shami and Bumrah chipped in with the wickets of Kagiso Rabada and Maharaj respectively, but Thakur was the standout bowler.

The Indians were required to bat for just under two hours in the evening session as they started their second innings. The Proteas did well to dismiss both openers. Skipper Rahul was the first to go off the bowling of left-arm seamer Jansen for eight runs off 21 deliveries. He fell to a spectacular low catch by Markram at second slip.

Mayank Agarwal was when he offered no shot to a ball darting back into his pads for 23 off 37 deliveries off the bowling of Duanne Olivier.

India found themselves at 44 for the loss of two wickets at that stage with Cheteshwar Pujara and Ajinkya Rahane both new at the crease. The struggling pair played with surprising freedom and notched up a quickfire 41-run partnership off 50 balls to see India to stumps. Pujara will resume on 35 and Rahane on 11.

With three full days of Test cricket still left in the match, there should be no rush for the Indian batters to try to rack up a large second-innings lead.

However, most batters have found it tough to score freely under the conditions at the Wanderers. The Proteas will hope that the trend continues on day three and that they can take as many early wickets as possible on Wednesday and chase less than 200 for victory in their final innings. DM