WONDERS OF THE BIG BLUE 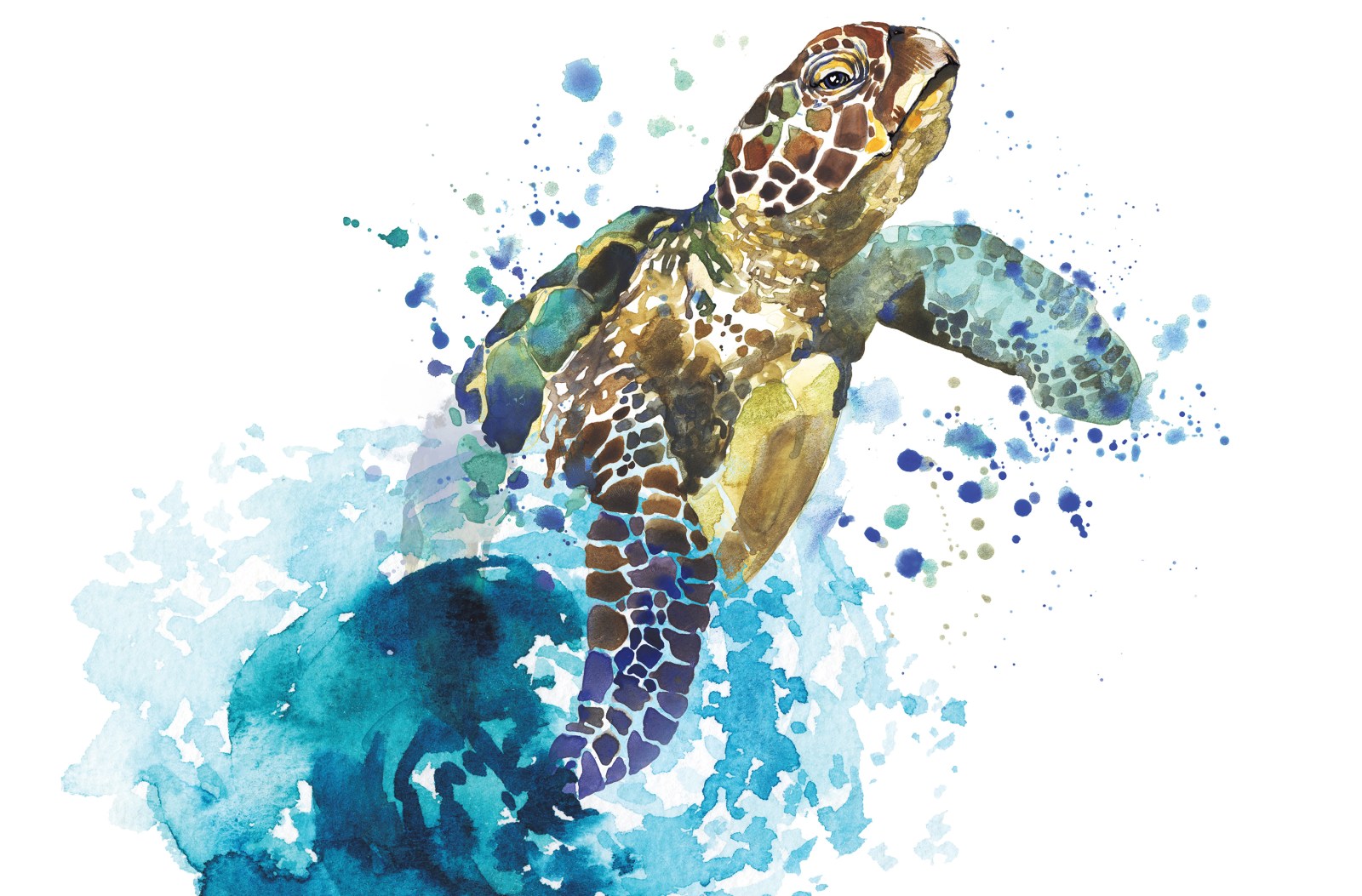 The mystery of where leatherback turtles go after they lay their eggs on the northern beaches of KwaZulu-Natal in the iSimangaliso Wetland Park, has finally been explained by knowledge of the five spiralling ocean currents, known as ocean gyres, together with radio-tagging of turtles.

For reasons hard to explain, the word ‘gyre’ holds a mysterious allure for me. It comes from the Latin word gyrus and means a ring, spiral or vortex. It’s a small word, which, in oceanography, describes vast pulses of water that flow to the heartbeat of sun, moon and Earth, and the spin of nights and days.

These ceaseless movements – ocean currents – can begin to be explained by a simple experiment. If you discover, with irritation, that the bowl of gazpacho you just ordered is instead boiled cabbage soup and shove it away from you, the soup is likely to end up on your lap. The reason is that the liquid has an inertia that resists being pushed around and refuses to stay with the bowl.

On a slightly larger scale, the continents on our spinning planet push against the inertia of the oceans, damming them along their eastern shores, raising levels and forcing the seas to flow north or south to regain gravitational equilibrium. This results in the movement of prodigious amounts of water that everlastingly circle in five massive oceanic gyres. Add to this the gravitational pull of the moon and Coriolis winds and you have ocean currents.

It’s taken centuries of painstaking science to work this out and has solved a mystery whose beginnings can be found on the northern beaches of KwaZulu-Natal in the iSimangaliso Wetland Park. This is the only major African nesting site of leatherback and loggerhead turtles.

Near the beginning of November each year, giant females appear in the surf’s wash zone at night and pause, alert for danger. Then they laboriously haul themselves up the beach, dig a hole and lay up to 100 soft-shelled eggs. They rest, exhausted from the effort, and finally lumber down the beach and disappear.

Until recently, nobody knew where they went and whether they returned to the same beaches many years later. And if they did, how? But knowledge of ocean gyres, together with radio-tagging of turtles, has revealed an astounding story.

Once the hatchlings emerge, they’re driven by an urge to survive that promotes a dash to the sea and a frantic, continuous four or five days of swimming, from which nothing will deter them. They instinctively head for the gyre.

At this stage, they’re threatened by many predators, from cuttlefish to sharks, and there’s considerable evolutionary pressure for them to grow rapidly, as every few centimetres of growth reduces the number of predators able to eat them.

In the Indian Ocean, the Agulhas Current reaches speeds of nearly 10km/h and is the caretaker of each generation of turtles. It carries huge concentrations of upper-surface animals such as purple storm snails, bluebottles and jellyfish. These are all shades of blue and the colour acts as a guide to food sources for the hatchlings. In this current, the great turtle journey begins.

A loggerhead turtle was radio-tagged moving 7,000km in a few months, sweeping down the eastern edge of South Africa in the current, turning south near Cape Agulhas and travelling for several hundreds of kilometres deep into the southern Indian Ocean. She very nearly entered the Antarctic Convergence before turning east and heading for Australia. The cold didn’t deter her. She never stopped and covered well over 130km a day.

Huge vortices are spun off the Agulhas and find their way into the main gyre circulating in the southern Indian Ocean. This mass of water slowly spins, moving eastwards and then up past the west coast of Australia and back towards Africa in the South Equatorial Current.

Sea turtles are truly pelagic and regard the world as their oyster. They’re thought to make course changes by the stars and an internal magnetic GPS system. But in general, wherever the currents lead, the turtles travel.

Bluebottles and other jellyfish remain their main food and they are impervious to the stings. They have been recorded in dives of well over a kilometre.

Unlike all other sea turtles, the carapace of leatherbacks is not solid, but made up of thousands of small bones that come together under pressure, forming a compact box within which the sensitive organs are protected.

Sadly, turtles have been massively exploited for hundreds of years and regularly graced the tables of the wealthy classes as meat or soup. Until recently, the Lord Mayor’s annual banquet in London served green-turtle soup. In the United States, you could buy turtle burgers.

Green-turtle oil was once a key ingredient in women’s toiletries, creams and balms. Hawksbill shell has been highly valued since the time of Cleopatra. And because they cannot tell the difference between jellyfish and plastic bags, these can kill them. This has brought most sea turtle species to the brink of extinction.

The southern gyre can take around seven years to make a complete cycle. It brings the turtles back to where they were born, now fully grown and ready to breed.

How – and even if – they return to their natal beaches has not yet been definitely established, but they probably get very close to them.

Sea turtles can live for more than 50 years and it’s been suggested that some reach 100. They’re an ancient species, mysterious travellers of the ocean’s gyres, treasures of the sea. Take time to see them lying on the beaches of Maputaland, but don’t disturb them. And never, ever, throw a plastic bag into a river or the sea. DM168

An excellent book on turtles is Between the Tides: In Search of Sea Turtles by George Hughes (Jacana).