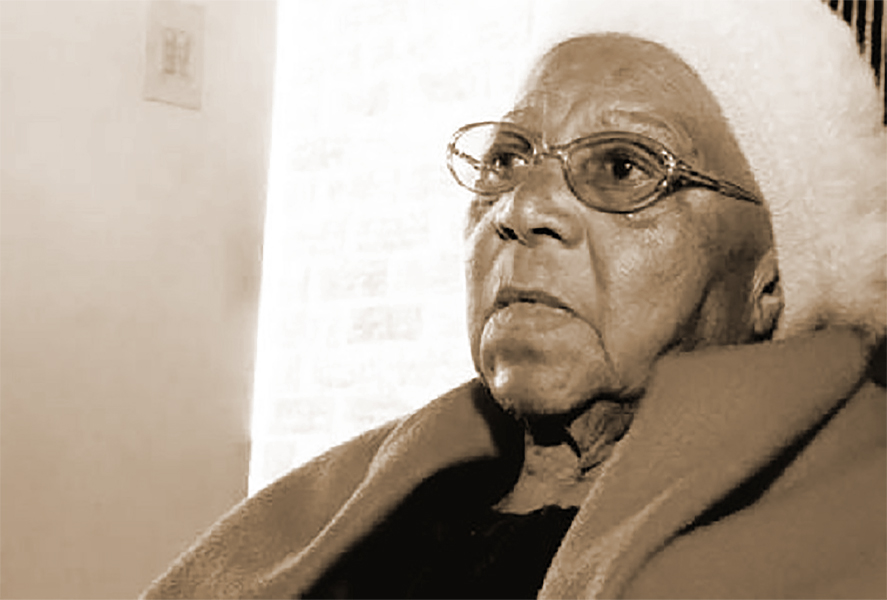 It is worrying that after 1968 most sources are ambivalent about Lillian Diedericks. It is appalling that most of them do not question the downplaying of her leading role as a liberation activist.

“Tshepo mom Lillian Diedericks passed away this morning.” That was the text message sent to me, on Tuesday, 21 December at 6.44pm by mama Pinky Sithole, a longstanding member of the ANC. I met mama Sithole as part of my on-field research regarding “Naledi Township’s obscurity apropos the 1976 Uprisings”, in Soweto. Mama Sithole and her younger comrade, Fundi Skweyiya, are acknowledged as my key interlocutors concerning Lillian Lily Diedericks (1925-2021).

The crux of our dialogues consisted of lamenting against the marginal reminiscence about Diedericks. This concern extended to other womxn activists, in the long durée of South Africa’s body politic, as contributors to the local liberation struggle. A highlight from these dialogues was a reference to DRUM magazine’s 70th anniversary issue, which featured an interview with Diedericks (pages 50-51) conducted by Nosipiwo Manona.

Any shred of doubt I may have had from mama Sithole’s text message was shattered on Wednesday morning, 22 December. Diedericks’s death was trending on miscellaneous media outlets, such as SABC News, eNCA and Herald Live. Contrary, however, to mama Sithole’s text, the time of her death was not in the morning. Herald Live reported that Diedericks’s daughter, Eugene Plaatjies (a retired teacher), had stated that her mother passed away at 2.35pm, at her home in Gelvandale, Gqeberha. She had just celebrated her 96th birthday, on Friday, 17 December. None of the media sources reported the cause of death, but Plaatjies divulged that her mother had complained about tiredness. She added that, by the time her mum drew her final breaths they had surrounded her as a family, to pray for her.

Diedericks’s funeral was held on Friday, 24 December, in Korsten, Gqeberha. Attendees included Eastern Cape premier Oscar Mabuyane, who waxed lyrical about Diedericks, on behalf of the ANC. He atypically cited Diedericks’s disdain of maladministration. I’m curious how others construed those remarks in the light of ANC’s venal record in governance. To me, Mabuyane’s remarks summed up the ANC’s abjuration.

Manona’s interview with Diedericks in DRUM is among the sources referenced here detailing Diedericks’s biography. She was born in Ezivranda Red Location in New Brighton. Her parents were Victoria and Phillip Bailey and her siblings included brother Richard and sister Magdalene (both deceased). Details about who fathered her two daughters, Mavis (1948-2017) and Eugene (born in 1955), were not proffered. Owing to the Group Areas Act of 1950, Diedericks’s family was classified as “coloured” and evicted from her birthplace in the 1940s, as it was designated a “black-only zone”. They moved “to Schauderville and this is where my life of politics was born”.

Diedericks’s intolerance of apartheid led to her immersion with trade unions in the early 1950s in Port Elizabeth (now Gqeberha). Her proficiency in Afrikaans, English and isiXhosa were used accordingly. As a member of the Food and Canning Workers’ Union (FCWU), she was elected as a shop steward. She acknowledged that the South African Communist Party (SACP)’s study groups, conscientised them as the working class. “Trade unions were among the few spaces where women could be active” because political parties undermined women leaders. Oddly, unlike with the FCWU and SACP, details about Diedericks’s affiliation to the ANC are murky.

In 1954, Diedericks – alongside Frances Baard (1909-1997), Lillian Ngoyi (1911-1980), Ray Alexander Simons (1913-2004) and Hilda Bernstein (1915-2006) – co-sponsored the motion to host the inaugural conference of the Federation of South African Women (Fedsaw). Its successful launch on 17 April 1954 in central Johannesburg, produced a Women’s Charter, this ascertains Diedericks’s position as a co-founder of Fedsaw. The charter demanded empowerment and equality for men and women of all races. As part of its resolutions, Diedericks alongside Ngoyi, Helen Joseph (1905-1992), Rahima Moosa (1922-1993) and Sophie de Bruyn (1938) co-led the women’s protest march to the Union Buildings on 9 August 1956. That’s why the latter date has been commemorated as National Women’s Day in South Africa since 1995.

Diedericks informed Manona that she never planned to be part of that march. Her involvement came after fellow activist Florence Matomela (1910-1969) asked her “to go to Pretoria to represent our region in the resistance action the collective of women was taking part in”. Diedericks’s reluctance was based on her responsibility to her two minor daughters.

Her sister Magdalene intervened but was later assassinated by the “special branch” police, mistaking her for Diedericks. Still in 1956, Diedericks, Baard and Matomela were among those incarcerated at the Old Fort (today a museum in the Constitutional Hill precinct in Braamfontein) and charged with treason for protesting against the mayor of Port Elizabeth. Although Diedericks was acquitted in 1961, she was banned from 1963 to 1968.

It is worrying that after 1968 most sources are ambivalent about Diedericks. It is appalling how most sources can recall her support for Raymond Mhlaba’s (1920-2005) family, among others, but do not question the downplaying of her leading role as a liberation activist. Former president Jacob Zuma’s omission of Diedericks in 2016, which marked the 60th anniversary of the womxn’s march, reflected such amnesia. Zuma’s announcement in 2017 that Diedericks’s statue would also be erected in Tshwane, didn’t repair his initial damage.

Port Elizabeth’s Brister House was renamed after Diedericks in 2009. Throughout 2014 the Red Location Museum exhibited Diedericks, among five heroines of the struggle. In 2018, President Cyril Ramaphosa conferred the Order of Luthuli in Silver on Diedericks for her contribution to South Africa’s liberation struggle. On 30 August 2021, Bhisho State House (which hosts the offices of the Eastern Cape premier) was renamed Lillian Diedericks House. Ultimately the selective amnesia about Diedericks supports that she is a symbolic metaphor, among many other local women activists, such as Alice Kinloch (1863-1946), Nokutela Dube (1873-1917), Nosipho Dastile (1938-2009), Boniswa Ncukana (1946-1985) and Nontuthuzelo Mabala. Malibongwe! DM

* Dr Tshepo Mvulane Moloi is a Postdoctoral Research Fellow at the Johannesburg Institute of Advanced Study.