Astrology for a better South Africa 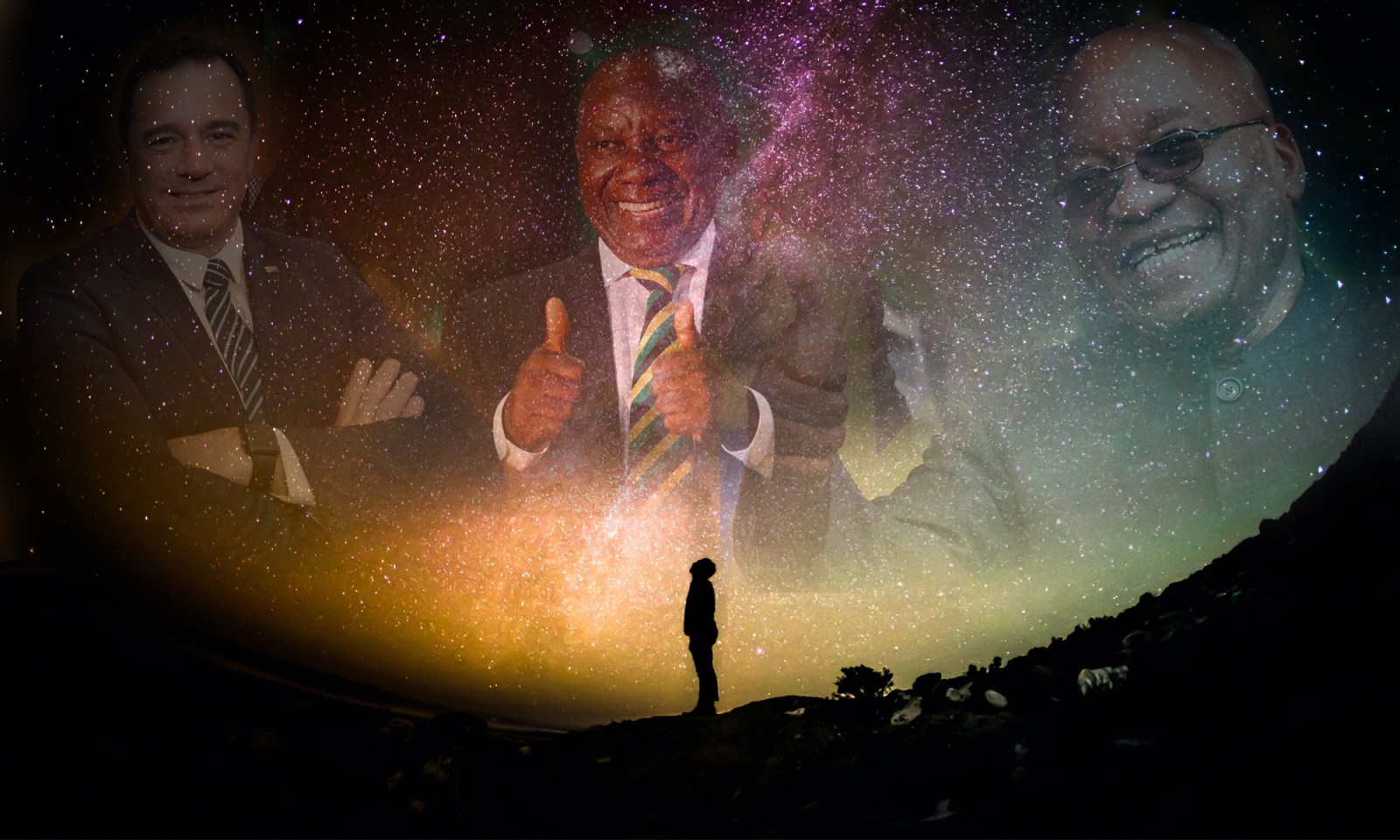 Mercury retrogrades caused havoc in South African politics this year, but all is not lost; if our politicians pay attention to astrological shifts, things could improve.

Happy holidays! I trust this email finds you vaxxed, waxed, relaxed, and immersed in discussion, preferably the kind your president gently asked of you, as per his early-December response when asked for his personal opinion on vaccine mandates: “I’ve left the question open and said that I’d like a discussion to ensue in the country.” Amazing. And to think that America prides itself on being the perfect example of self-government. We could teach them a thing or ten about the true meaning of self-governance. Bless our graceful leaders for progressively taking their hands off the wheel, year after year, and allowing us the space to grow more self-reliant. A couple more election cycles and we’ll be well and truly on our own. I can’t wait!!!

“We live in a country where people have a number of strong views for and against [vaccine mandates], and my task as a leader is to nudge everyone in the same direction…” Matamela the Benevolent continued. Now I’m sure that like myself, even though y’all are self-reliant freedom-loving Southas who eat democracy for breakfast, you still appreciate a good presidential nudging from time to time. Sadly, after listening to the rest of the interview, I am concerned that our nudger-in-chief might be running low on nudges for the unvaxxed among us. “I believe that we should give our people a chance so they can go through this and see the dangers of not being vaccinated,” he told the interviewer. Askies tog; sending you lots of love and nudge energy Mr President, #thoughtsandprayers.

Admittedly, it has been a challenging year for all of us, and I wouldn’t blame you or the president if you’re feeling a bit “over it”. Far too many times this year, I too have gone to bed in Stage 4 despair, only to wake up in Level 5 anguish. Fortunately for me, I’ve lived on the sensible side of Table Mountain for the past few years, and something about the breeze and herbs here has helped me to establish a frequent mindfulness meditation practice. I find that an hour in the morning, spent facilitating coalition talks between my head and heart through breathing exercises and inhaling the smoke of said herbs, perhaps while repeating an affirming mantra, something like “Long live the Ramaphoria!”, sets my soul right.

Still, mine is a single passport-holder South African soul, and its total tranquillity will require much more nudging. Hence I have spent the past few weeks studying the stars in preparation for various planetary shifts and the effects they might have on us. Thankfully, Eskom has helped make this much easier by reducing light pollution at regular intervals. My sangoma promises me that I can expect many more such intervals in the coming year. So much to look forward to!!!  #ProudlySouthAfrican.

As I’m sure the Capetonians and the astrologically well-informed among you know, over the past year, Mercury went into retrograde not once, not twice, but a total of three times. And as is always the case when Mercury retrogrades, terrestrial communication gets messy. This year was no different, resulting in catastrophic incidents of miscommunication for South Africa, her people, and their chosen leaders. But, as with all difficulties we might face as spiritual beings on the human leg of our eternal journey, there were lessons to be learnt.

Early on in the year, misfortune struck the nation’s favourite Aries and spiritual leader, former president Jacob Zuma, when, on 15 February, his lawyers sent an uncharacteristically churlish letter asserting that “the [Zondo] Commission into allegations of State Capture can expect no further cooperation from [Zuma] in any of their processes going forward”. Predictably, that didn’t end well for jovial Jake. I posit that had he waited a few more days until the end of the Mercury retrograde on the 19th before sending that letter, he could have saved himself and the country from the drama that ensued.

If there ever was a reminder to limit important communication while Mercury retrogrades, that was it. And if your sceptic African heart is  still not convinced, let me draw your attention to 8 June, right in the middle the year’s second Mercury retrograde, when one well-meaning award-winning investigative journalist, Piet Rampedi, published a “feel-good” article in recognition of South Africa’s exceptional fertility. Sadly, a retrograding Mercury made sure that his message of hope did not land on fertile ground. I’ll spare you the details of the mess the year’s third retrograde made of October communications, when those posters went up in Phoenix. No need to re-traumatise dear John, arme ding. But maybe it’s time all political parties made room for astrology consultants in their teams. I suspect the Freedom Front Plus gets this and already has one.

Now, fellow South Africans, as I leave you to enjoy the last few days of the year in the company of your loved ones, be they vaccinated or freedom-loving souls taking “a chance so they can go through this and see the dangers of not being vaccinated”, I urge you to plan your communication carefully for the year ahead. In 2022, Mercury is taking things up a notch and adding one extra retrograde for a total of four, the first kicking off on 14 January until 3 February. If you thought 2021 was entertaining, you ain’t seen nothing yet. Fill up your generators, plug in, sit back, grab your biltong-flavoured popcorn, it’s about to get a whole more entertaining.

Yours in light and loving nudges.